Over the last couple of centuries mankind has trimmed down the natural world to the point that it just can’t retreat into the forest any more, and instead it’s had to learn to survive right beside civilization.  Some critters like squirrels barely seem to care, and in fact thrive in an urban environment, while others like deer exist in a more uneasy balance on the edge of the suburbs.  It’s unusual but hardly rare, in fact, for a deer to wander into town, erring on the wrong side of its usual caution and causing all sorts of headaches for those who have to clean up after it.  DEEEER Simulator: Your Average Everyday Deer Game is the story of what happens when one of nature’s most graceful creatures decides to investigate the city.

Deer are amazing animals and DEEEER Simulator puts all their skills on display.  The super-stretchy neck that allows them to swing from one building to the next, the antlers that can be swapped out with pistols, rifles, and other firearms, and even the “rear up on hind legs and tear through the city like a Roadrunner/Terminator hybrid” are all fully recreated.  It’s practically a nature documentary, and the mayhem you get to enact playing as the deer illustrates perfectly why this seemingly docile, skittish animal needs to be treated with utmost caution.  The sheep-police and sniper-bunnies are no match for a fully armed deer, after all, and even the laser-eye koala can be taken down with a bit of care.

DEEEER Simlator released on Early Access today and it’s a pleasantly bizarre slice of mayhem.  It launches with one island and promise of more to places to explore coming up, as well as new weapons, items, and other toys to populate the sandbox.  Currently the game is kind of short, and you could probably see everything in an hour or two, but it’s an entertainingly weird couple of hours where the bizarre is made even moreso by how normal everything pretends to be. 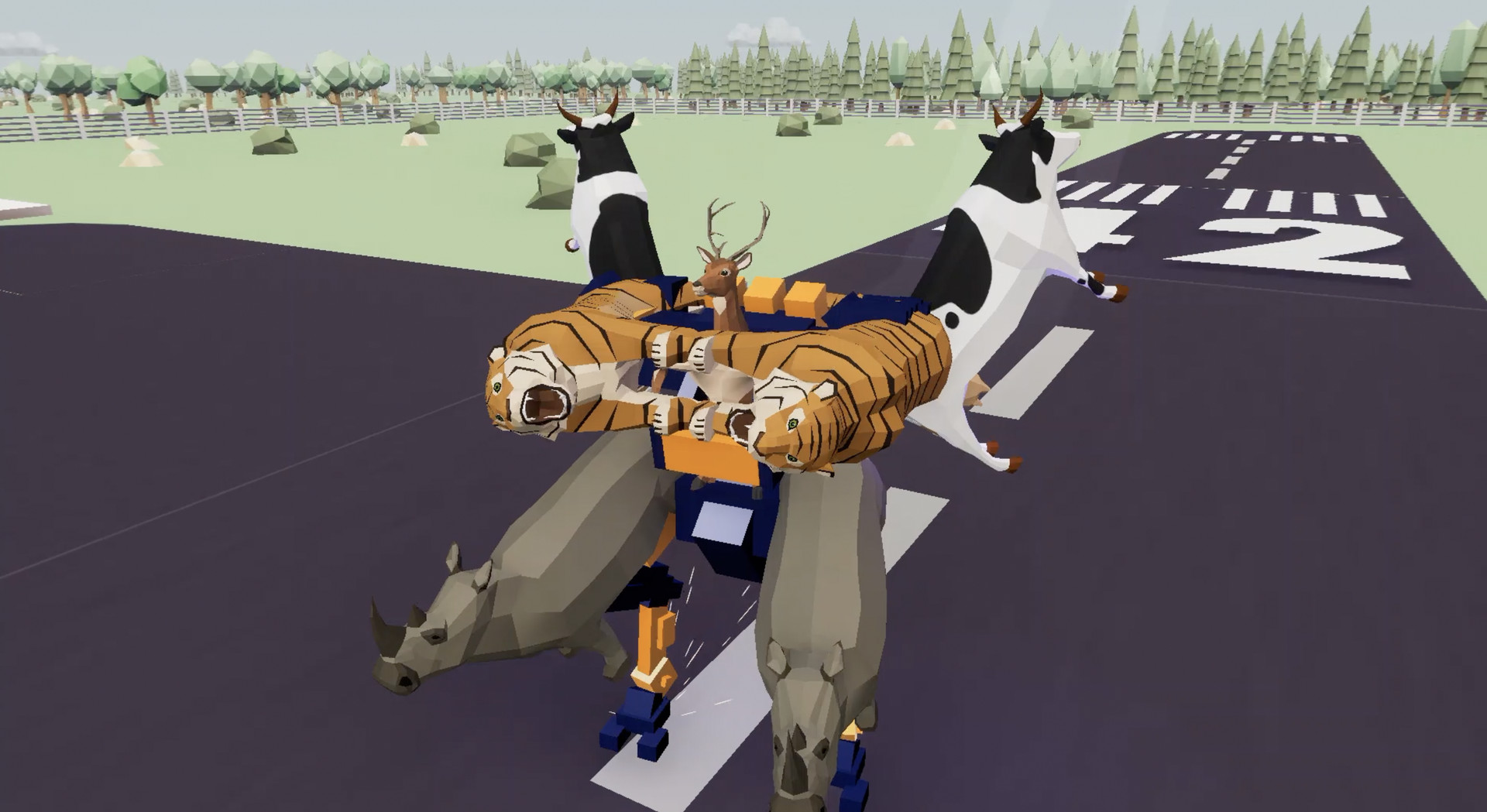