One of the standout titles of the last generation was DICE’s Mirror’s Edge. It might have taken a bit of effort to become acclimated, but it was worth it. Wallrunning, jumping and sliding in a smooth motion rendered a title that was half puzzle game, half kinetic action platformer. It seems that nobody has been able to match the title since then, not even the original developer. Some games took bits and pieces here and there, but it never quite reached the same level. Until now, it seems. Coming out of studios One More Level, All in Games, and produced by 3D Realms, it appears that players will finally get a title that builds properly on the foundation, with quick-paced sword swinging mixed in, when Ghostrunner hits.

The demo starts with our cybernetic ninja hero awakening with a creepy voice speaking to him through a transmitter. Sword in hand, he is being instructed to help this remote individual who’s actual motives are unknown. At this point, plot is immaterial and the action starts up quickly. Before long, players know how to wall run, air dash, slide and attack with the best of them, navigating a city that has really let its infrastructure go. 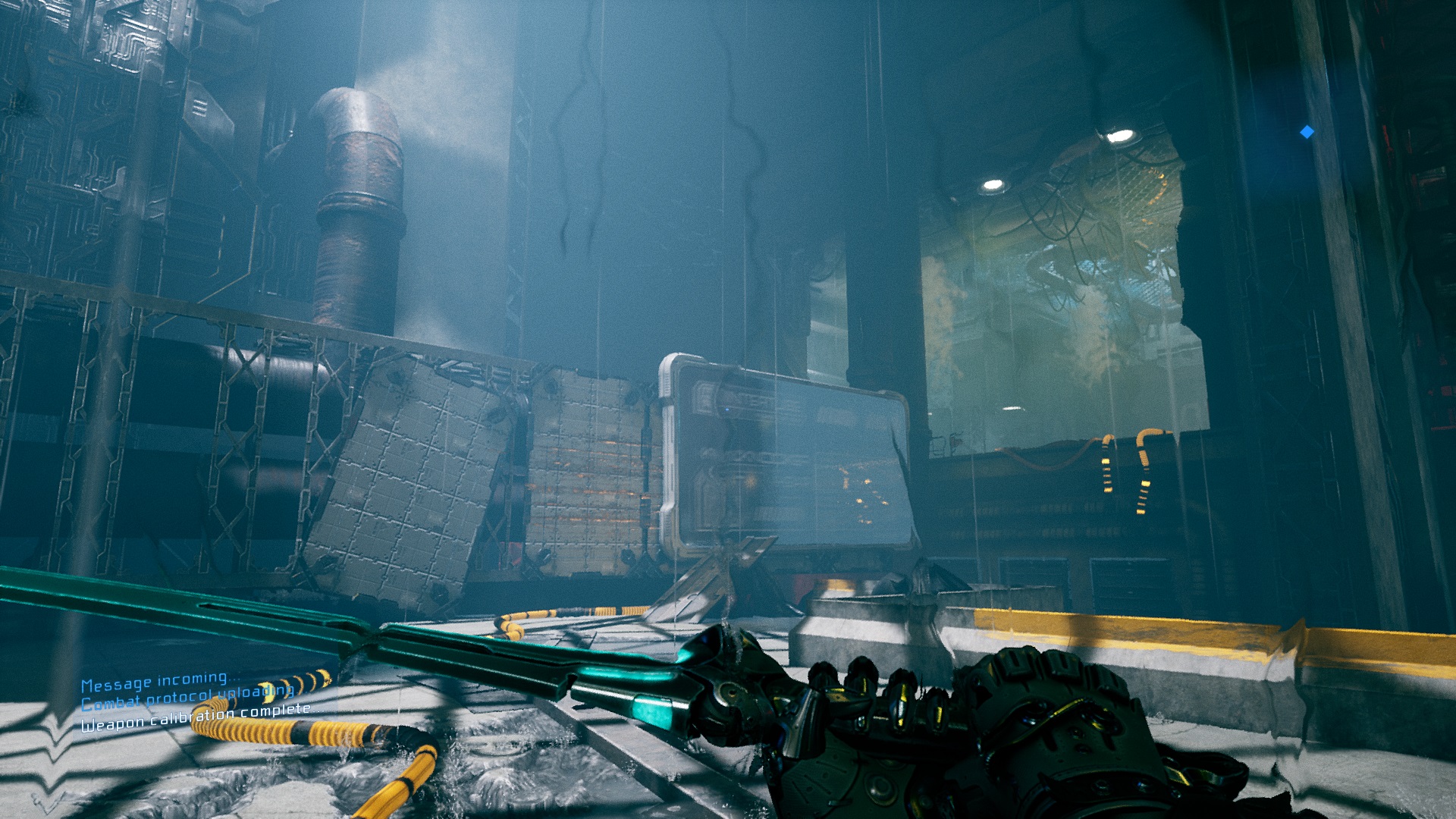 When doing a first-person parkour platformer, it’s important to keep the controls quick and intuitive. The developers pulled this off. Transitioning between wallruns, hitting the curves and using momentum to slide down an incline to land sword first on some unsuspecting gunman feels remarkably great for a title that’s still being built. Players can even slow time to dodge bullets in midair while closing the distance, which is a nice out for when the player gets noticed.

This isn’t to argue that the game isn’t challenging. It’s a 3D Realms game and they do enjoy pushing players to master their releases. There were a few parts where I was stuck in trying to figure out how to handle certain scenarios, especially since there were many viable solutions to the situation via branching paths and moves I could make. One particularly tough spot had multiple gunman stationed around various parts of the area. What ended up working was sliding down a rooftop, using the momentum to cut down one of them. Then making a right, I dove under some pipes, took out a guard who didn’t see me and immediately jumped to a curved billboard. Running across that brought me to the next area, where I swung another right, alternated wallruns and found myself in midair with a gunman pointing right at me. Fortunately, there was a streetlight right in front of me. Grabbing onto that and mantling over threw off his aim and I fell the ten feet directly onto his head, slashing the whole way. The final guard required liberal use of dashing and weaving, but he was finally put down. 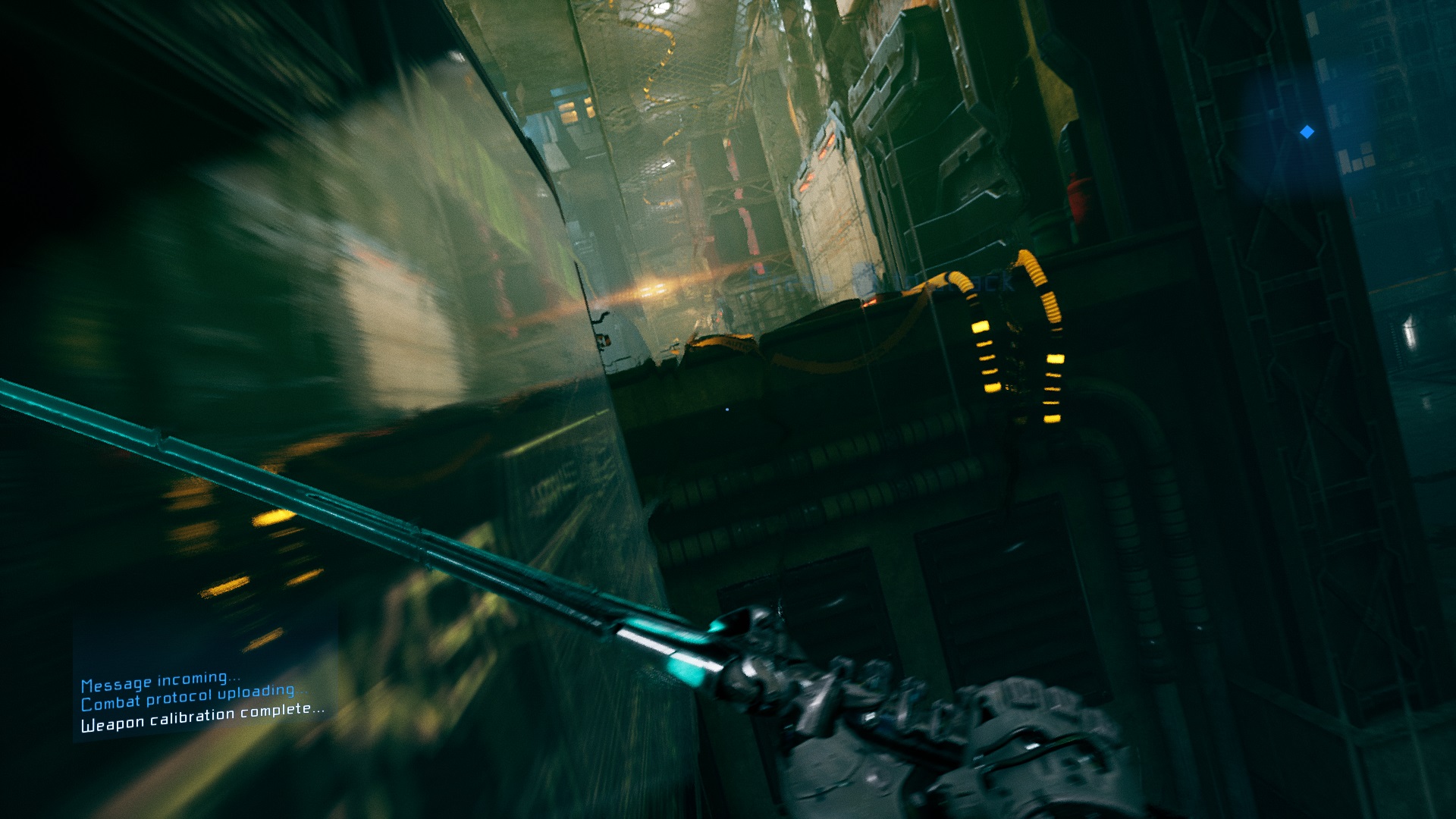 This scenario was exhilarating and the method I used to surmount the challenge is but one of many. In fact, I handled it in a sloppy way. With practice, or maybe a bit more observation of the environment, it probably could have been done smoother and more gracefully. That doesn’t mean I still didn’t feel like a badass pulling it off the way I did.

The developers are also taking care to capture the cyberpunk aesthetic in every way possible. Graphically, they are pushing to include every possible bell and whistle that bleeding edge graphics cards can offer for those who invested in one. This means proper 240mhz support, ray tracing and a bunch of other technical stuff that my midrange PC will choke on. That doesn’t mean my rig can’t handle it, but the options are there for the early adopters. The grimy streets and the neon lights do great work in capturing the mood, and the subtle sign posting in the environment prevents the player from being unsure of where to go next without feeling like it’s holding the player’s hand. 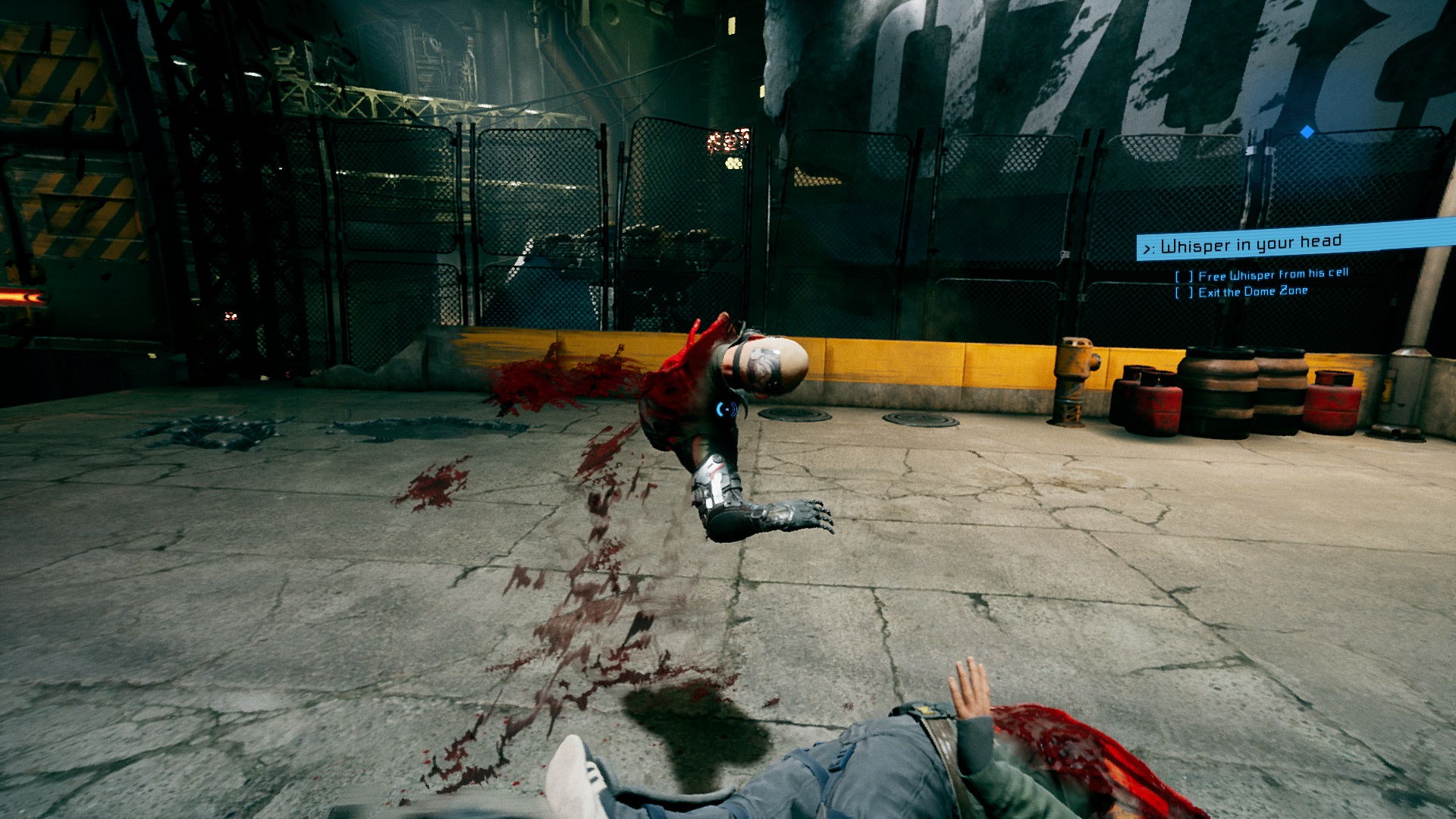 Finally, one has to mention the soundtrack. Holy crap is it good and the first thing that I noticed. I hadn’t heard of Daniel Deluxe before playing this one, but he did a phenomenal job capture the mood of the game, while making great standalone tracks in their own right. If there’s a bundle that includes these tunes as a separate download, it’s a good idea to go ahead and go with that.

While only having a chance to play the intro areas, it’s obvious that the three development houses have something special on their hands. The controls feel smooth, the action is fast paced and the challenge is real. This is knowing that I didn’t even get to try out all of the options. For example, I never got the grappling hook that’s featured in the trailers. Knowing that what works already will have more options layered on just makes the anticipation for release that much more palpable. Expect Ghostrunner later this year for PC, PlayStation 4, Xbox One and Switch. If I had to guess, I would say next-gen consoles might be a possibility since the devs are pushing the tech end of things, but I’m not willing to wait and see.