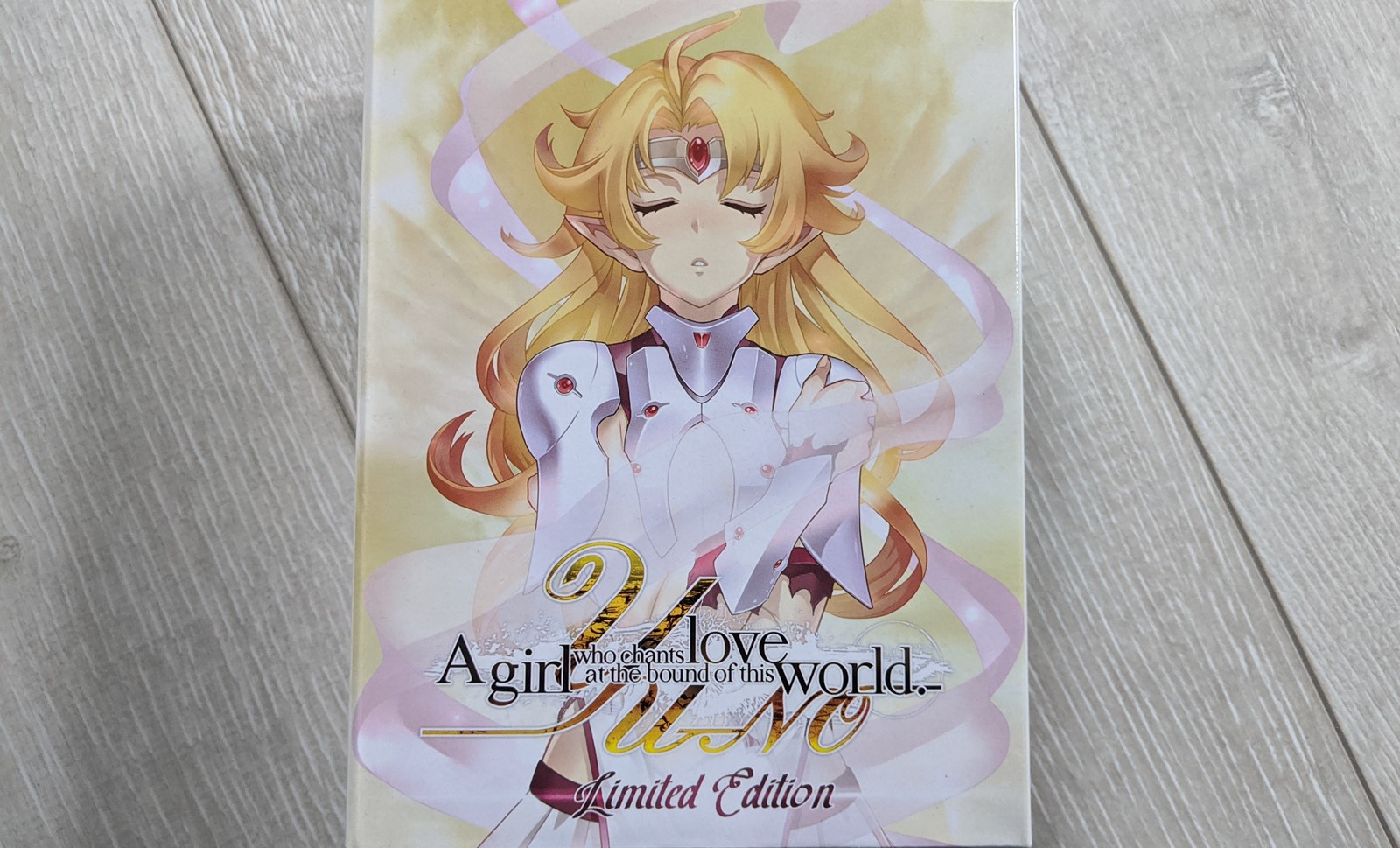 Long titles and visual novels go together like peanut butter and jelly. Even so, the title “Yu-No: A girl who chants love at the bound of this world.” is an absolute mouthful. As such, the awkwardly-named game will be referred to simply as Yu-No within this article. Last year, NIS America revealed a snazzy limited edition to go with the release of Yu-No on both PS4 and Switch. This made perfect sense because the game is in fact a remake of a much older, beloved title. Although it was never officially released in English before there remains a fervent worldwide fandom around the property.

The Yu-No Limited Edition comes in a firm cardboard box that is only just a bit taller than a PS4 case and a few inches thick. Housed within the outer box are all the goodies, such as an art book, soundtrack, pillow case and of course a copy of the game. The game itself comes in two flavors including the “Day 1 Edition” for PS4, which may still be available in some stores. The only difference between that edition and any future pressings are that the “Day 1 Edition” includes a small cloth poster featuring the overtly sexual school nurse Eriko Takeda. Unfortunately, the Switch edition of the game does not include that bonus — or any other bonus as a replacement. 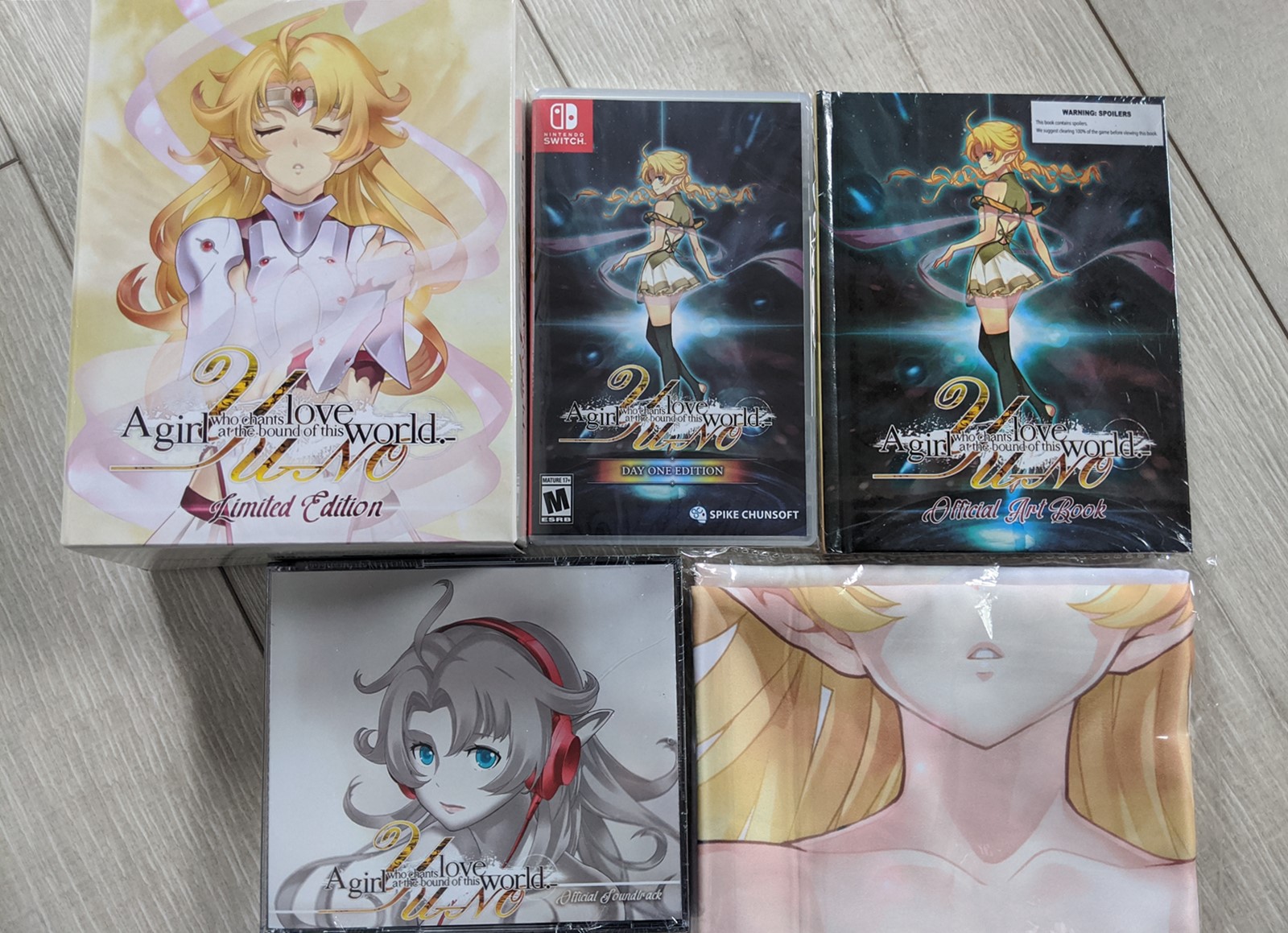 All the other Limited Edition items, however, are identical between the PS4 and Switch versions. The hardcover art books provides around fifty pages of imagery on high quality paper. With that said, as with many art books, there are unmarked spoilers throughout the pages. Definitely avoid flipping through it until after completing the story. The Yu-No soundtrack comes in a thick plastic jewel case. It has to be large to house all five discs included within! There’s something refreshing about an included soundtrack actually being so extensive rather than effectively being a single disc sampler.

Next up is the pillow case. There are a few things to note about this included item. For one, it is not the kind of pillow case that is also known as a body pillow or dakimakura. Those are the very long cases which typically feature a full body portrait of a character reclining on white sheets. Instead this is a pillow case that probably would fit on a regular-sized pillow for a bed. That may be a bit disappointing for some, but it’s likely easier to start using this then having to buy a brand new pillow just to make use of it. 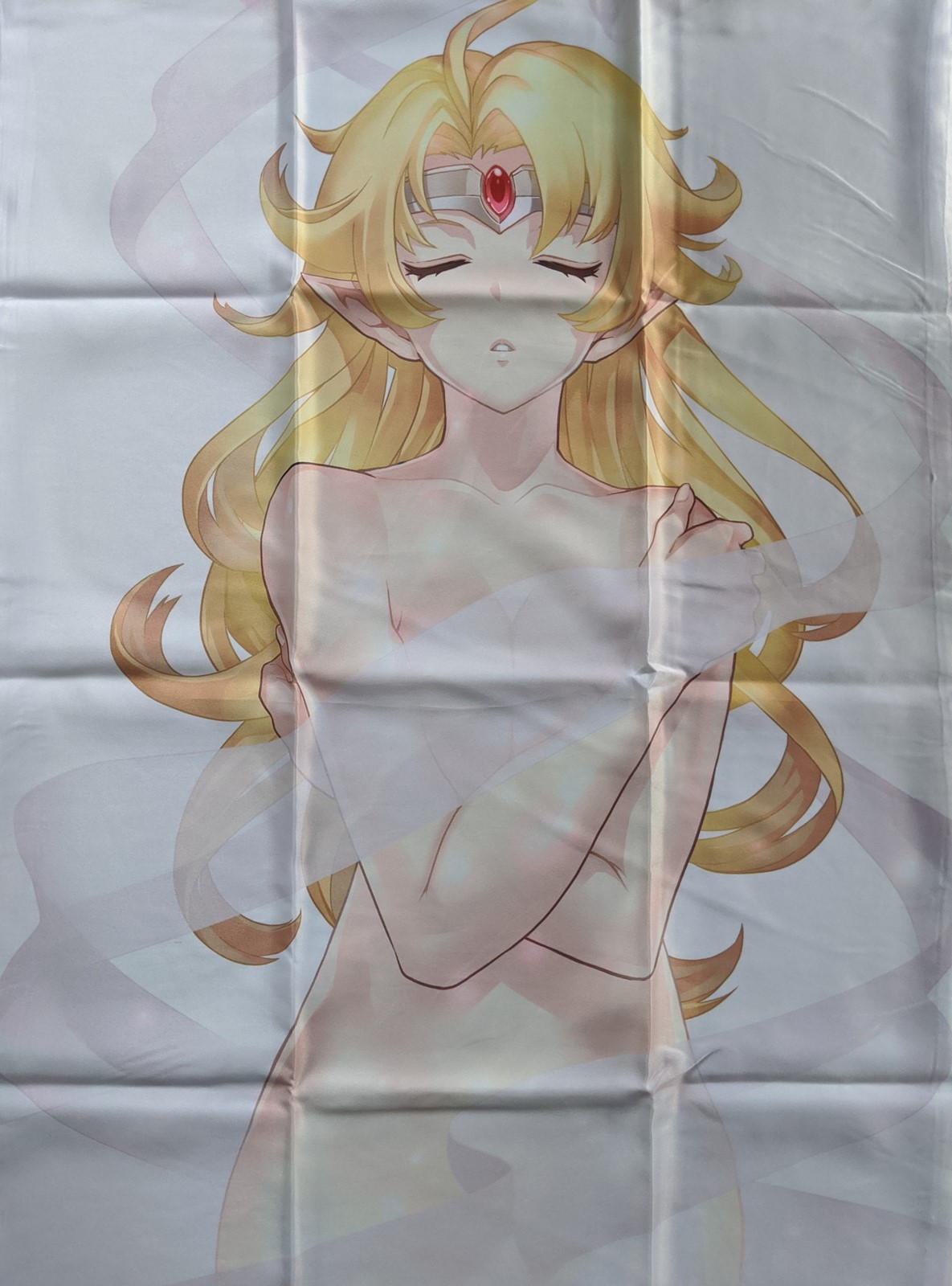 Both the Switch and PS4 editions of the Yu-No Limited Edition from NIS America are completely sold out and have been since before the game officially launched. While they sold for $89.99 on the website, they are now selling on eBay with a massively gross markup which in some cases doubles the total cost. Hopefully fans who were interested grabbed the edition while it was available officially because it will not be fun to grab it off a secondhand marketplace.