It’s a cheap crutch to describe a game as “one popular game meets another popular game,” but dang it, there’s no better way to understand what makes Infernax so bloody cool than to describe it as “classic Castlevania meets Dark Souls.”It has the leveling system of the latter and the deliberate control and monster aesthetic of the former. Drenching this mixture with the fury of a thousand severed arteries is some genuinely creepy monster design that yields a concoction that’s more righteously metal than Dethklok in an ironworks.

When a crusader returns home, things aren’t what he was expecting, what with all the shambling horrors roaming around and tearing up the flowers. Plus, the local citizens are developing a worrying tendency to explode into a shower of gore, which might help fertilize the regrowth of the aforementioned flowers, but also brings down the property values. One of the first choices facing the player is presented when our hero meets a villager who is begging for death. One can choose to grant his wish and cave in his skull or opt for what seems to be the more merciful route and spare him. It turns out this is not, in fact, the kinder of the two options, as the villager quickly morphs into a toothy monstrosity. In the end, death for the villager was inevitable. After that, the player makes their way to the village utilizing classic Castlevania fashion, with the addition of shrines to save, heal and spend experience to upgrade strength, health and mana. 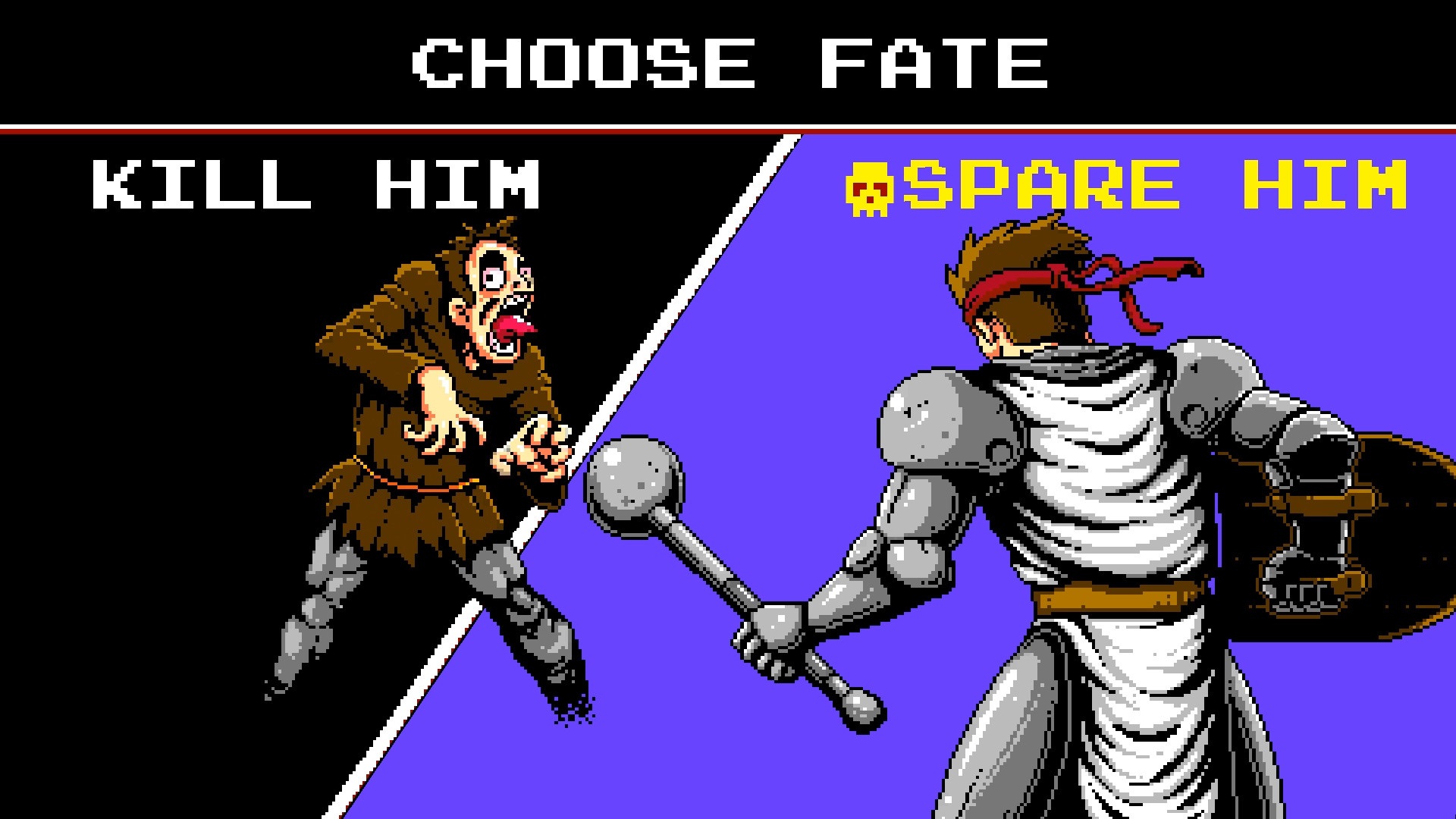 Upon arriving in the village, the basic reaction there is one of “yeah, we know, and we could use a hand.” So, the player follows some pikemen and a village elder to what is believed to be the source of this evil outbreak, only to find it locked behind a symbol that the elder remembers seeing in a nearby castle. The end goal of the just the demo is to make it through said castle, unlocking the doors and defeating the final boss therein.

It should be noted that despite the demo status, this task is easier said than done. In fact, the developer stocked up on random trophies to give to con goers who managed to complete this task. Over the three-day weekend, only a bare few were able to do it. As a side note, it seemed that only one more player than they were expecting succeeded at this, as I witnessed them pulling a random painting off the wall of their booth to give this very last winner (one should mention that the developer, Berzerk Studios, has a pretty good sense of humor.) 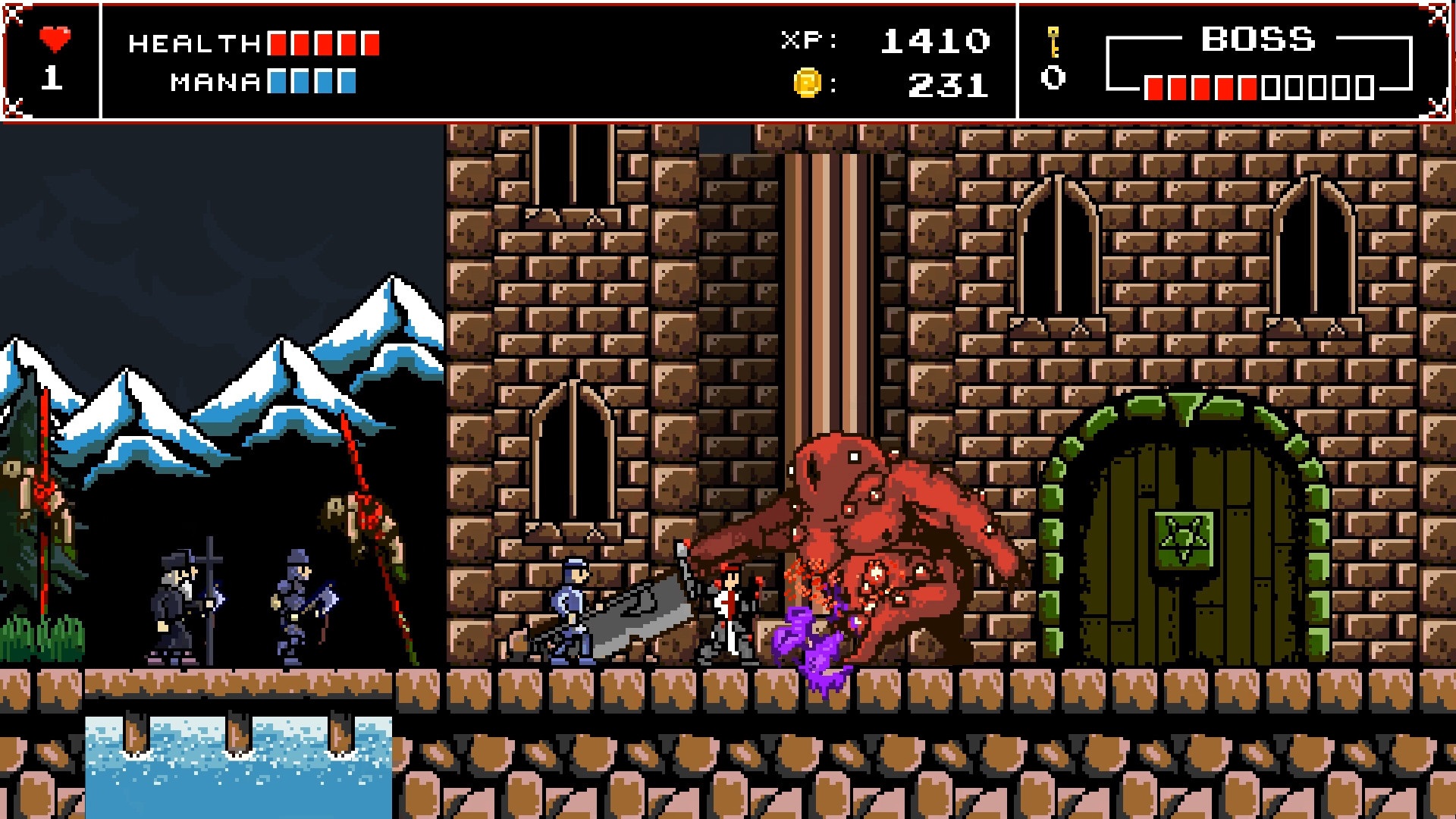 The Castlevania comparison is apt, as the game moves and feels like the classic NES title. Even the crusader’s morning star feels like a Belmont’s short whip. The difference is a zombie in the NES game doesn’t explode, coating the hero in viscera when defeated the way it does here. Nothing ever felt unfair, even when I died later in the demo. It was because I misjudged the spacing of an arrow trap that honestly shouldn’t have been an issue.

Though the demo didn’t get into it, there does appear that there will be an element of Metroidvania style exploratory elements included based on some platforms that were unreachable and a minimap that was being filled in on the upper-right hand corner. So there will be plenty of incentive to backtrack and test out new found strength and spells on enemies that were previously difficult. This game isn’t a straight path from point A to point B. 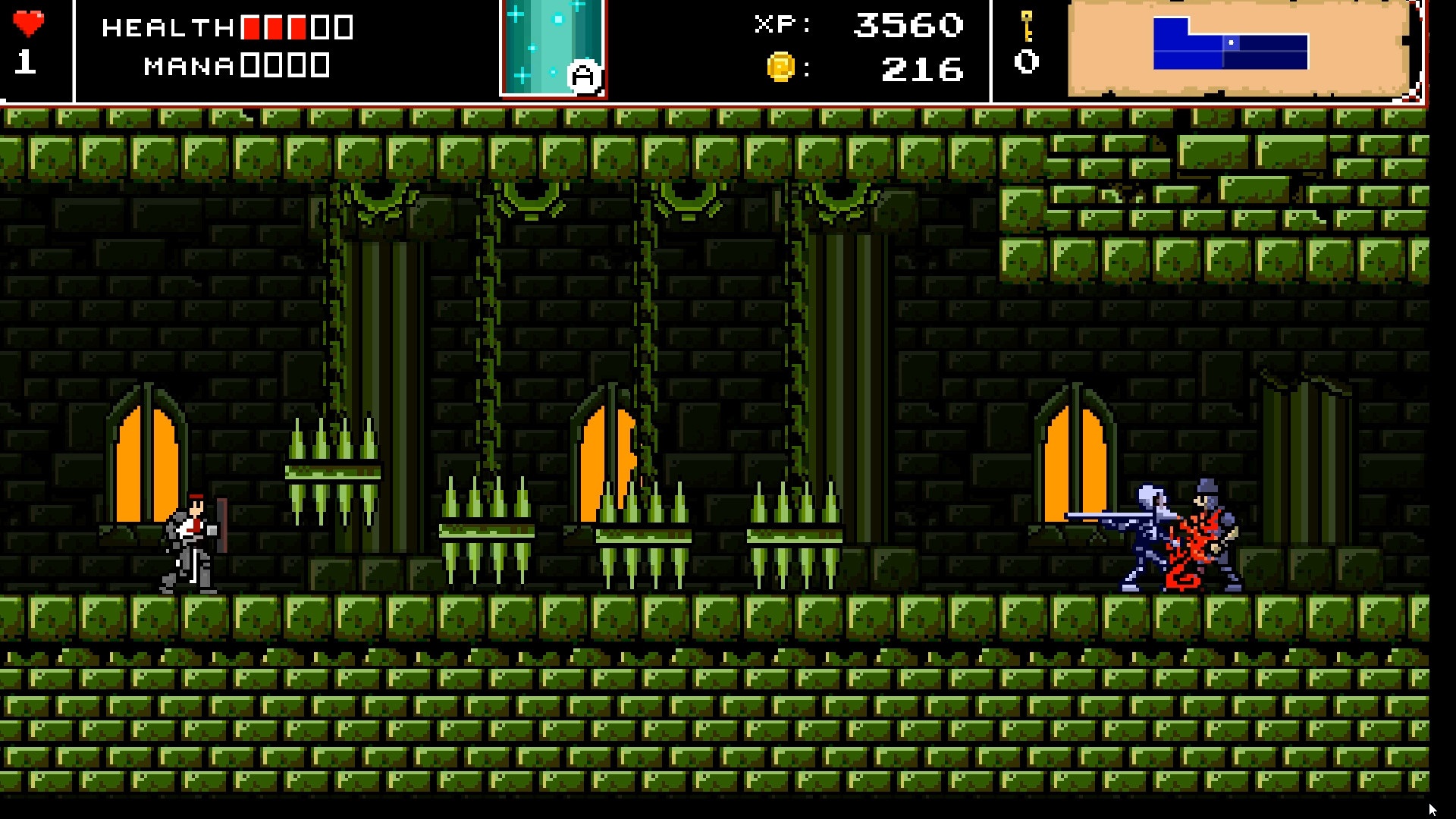 It should be noted that while I am describing this game as challenging, I also intentionally opted for the Hardcore mode. Casual was always an option, with the only downside being that one can’t switch back into Hardcore without restarting. Since I’m stubborn, and maybe a little prideful, I refused to take that option. I don’t know that I ever will when the game finally launches. At this point, there is no planned release date and the only platform that has officially been announced is PC. The demo was running on a Switch at PAX, however, which is the platform that I tried it on. So, it’s not a stretch of the imagination to anticipate it there. No matter the platform, Infernax is a loving and brutal take on a classic formula.