It’s a concept that shouldn’t have worked: a full-grown man drawing the bizarre ramblings of his five-year-old brother shouldn’t have created such a cult hit as Axe Cop. But work it did, as readers fell in love with the dinosaur-exploding, ninja-befriending officer of the law. Much of this is due to the creative innocence of a child brought to life by the talented hand of the artist. He had tapped into the nostalgia of adults growing up with a bit too much caffeine. Red Triangle Games is looking to recapture this feeling with their game adaptation Axe Cop.

Over the years, Axe Cop had two versions, the comic and the Fox TV show, each with its own fans. The developer is hoping to please both camps with this title that is meant to celebrate the 10th anniversary of the comic. So players will be able to utilize such heroes as the titular Cop, Sockarang, Fire Slicer and Vampire Wolfer, with more promised to come. The RPG is meant to capture the biggest moments from both versions and does so in an 8-bit style. As an aside, the retro aesthetic was chosen specifically to capture the nostalgic feel represented in the comics. 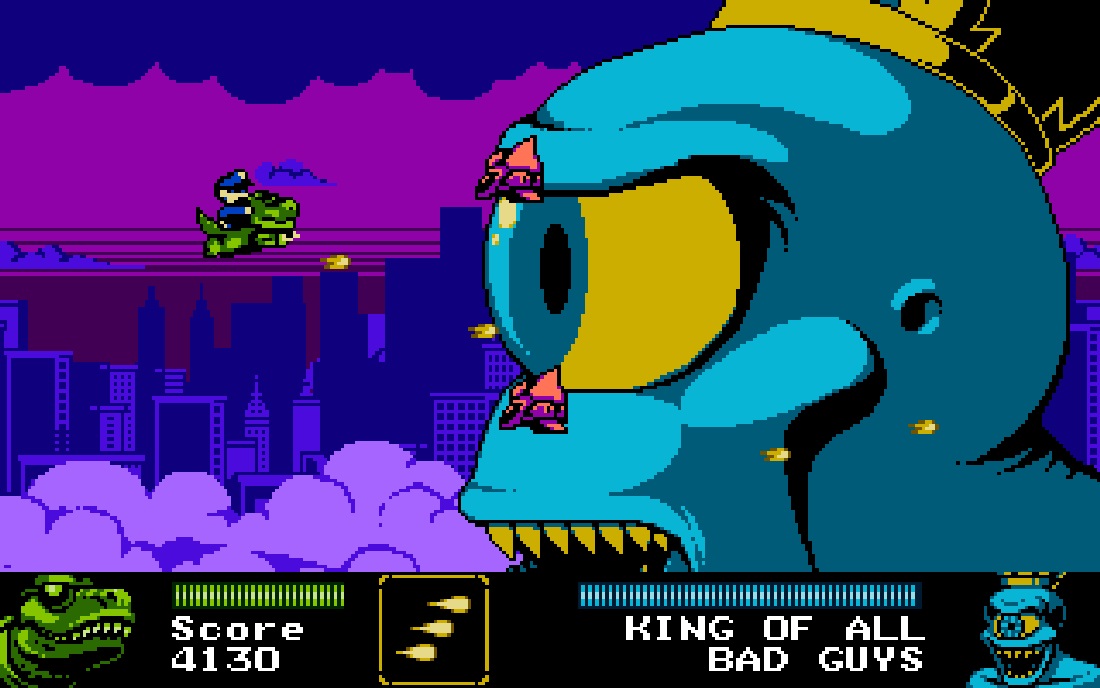 During the demo, I got to try two different play styles. First was the primary RPG, where the player is tasked with infiltrating Dr. Stinkyhead’s lair. Players had to make use of stealth, which amounted to timing the movements of the guards, as well as some good old fashioned turn-based combat. The experience points flowed freely and a level up was always around the corner for individual members of the party. While exploring the facility, players will notice little touches such as the Doctor’s habit of jacking up the price of healing items like sodas found in vending machines. There are some puzzle elements to decipher as well in the search for the keys needed to reach the bottom layer of the base.

The other mode that we got to try was more of a mini-game. This featured Axe Cop riding a flying dinosaur through a 2D shooter stage. Moving through the stage, the dinosaur is always shooting, so the challenge here is to focus on avoidance and choosing the correct weapon for the job. Spread shots, a heavy shot or a rapid fire are all available options. This culminates in a large boss fight with the King of All Bad Guys. Red Triangle Games promises numerous diversions such as this to break up the game and provide ample variety. One other mini-game that was witnessed but not tried was an isometric snowboarding section. 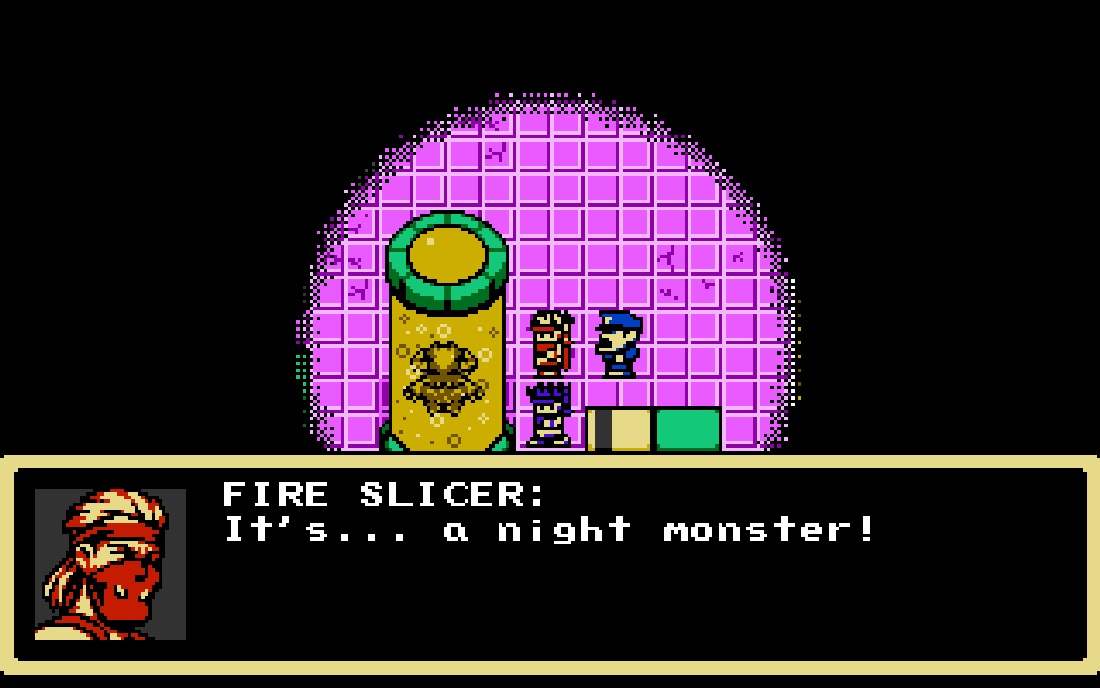 The show floor demo demonstrated that the developer understands both what makes the source material work and why classic RPGs have the staying power they do. This is obviously a loving tribute to both. The game is set to release on PC, Mac and Android around Thanksgiving of this year. Axe Cop fans who simply cannot wait are able to get current and full builds now via Ethan’s (the artist) Patreon page. Fans of both RPGs, the comic and/or the show would be well-served to check it out.