Sometimes, the most intriguing, exciting games can come in unexpected packages. A cursory glance of Hungry Couch Games’ Black Skylands gives the impression that it’s just another top-down twinstick shooter laden with pixel art and retro aesthetics. Recent years have brought plenty of those, from titles like Streets of Rouge and Enter the Gungeon. This cursory glance betrays the actual depth underneath. The moment-to-moment action revolves around dodge rolling and mowing down enemies aplenty, but there’s so much more ticking away underneath.

Players take the role of a sky pirate exploring various floating islands miles above the earth. The basic gameplay is divided into two parts, piloting a dirigible bound airship to make it to larger island clusters and on-foot sections to accomplish various quests in service of earning new upgrades and moving along the story. The airship combat is the most unique addition to the genre. Each side has cannons that are fired independently, requiring that the player take care to position the ship and line up shots against the air mines and flying monsters are seem to pepper the sky like a spilled jar of glitter in a concert venue. It can be a bit ungainly to pilot. This is intentional as these sections are intended to test the player’s precision and skill. Upgrades can be found and installed to help things along and resources can be spent on repairs when things get out of hand. Sometimes, though, it’s not the worst idea to let go of the wheel, take position on the deck of the ship and use personal firearms to get the situation under control. 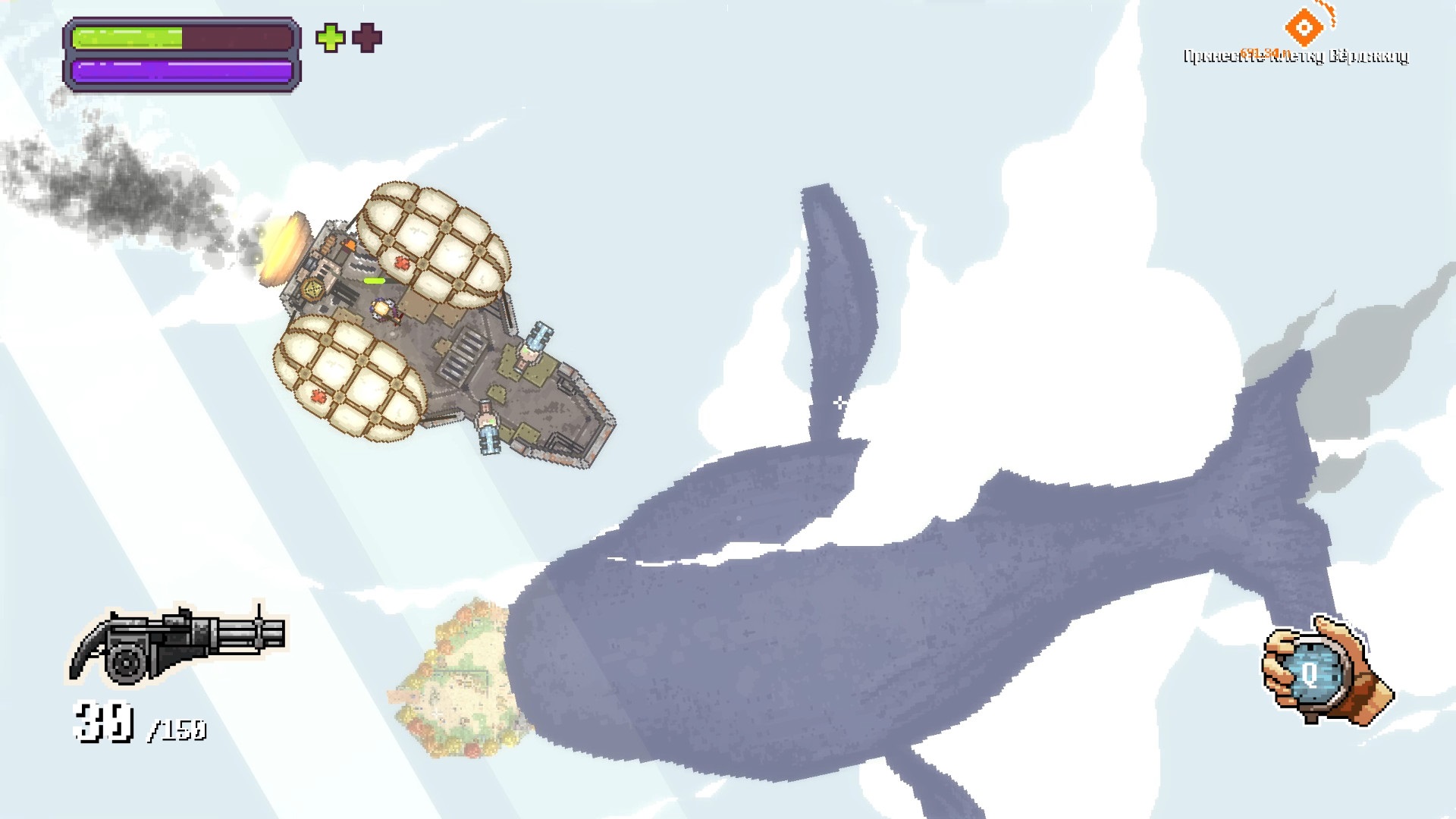 The on-foot sections do feel a bit more familiar, but add a flavor of its own in the form of a freaking jetpack. Moving through the islands, players will encounter human foes and all sorts of different monsters that balanced in such a way to provide some real challenge without ever feeling unfair. Utilizing a bevy of upgradable weapons, it becomes a matter of knowing when to move, when to reload and when to just spray and pray as a swarm of clawed beasts come bearing down on the player. These sections are littered with all manner of regular foes and minibosses, always ensuring that there is something that should be shot posthaste.

While the showfloor demo focused on the simple but exciting gunplay, bolstering the moment to moment gameplay is a huge open world filled with all manner of quests to undertake. To be fair, what we saw in the demo centered around death and the need to cause it, but the world is promised to be populated with all sorts of different people that can range from friendly to adversarial needing different things. There’s also a variety of plants and animals relative to the numerous environments available; these will be put into service in the building of a farm in the sky that players can utilize, which explains the need to include a full day/night cycle. 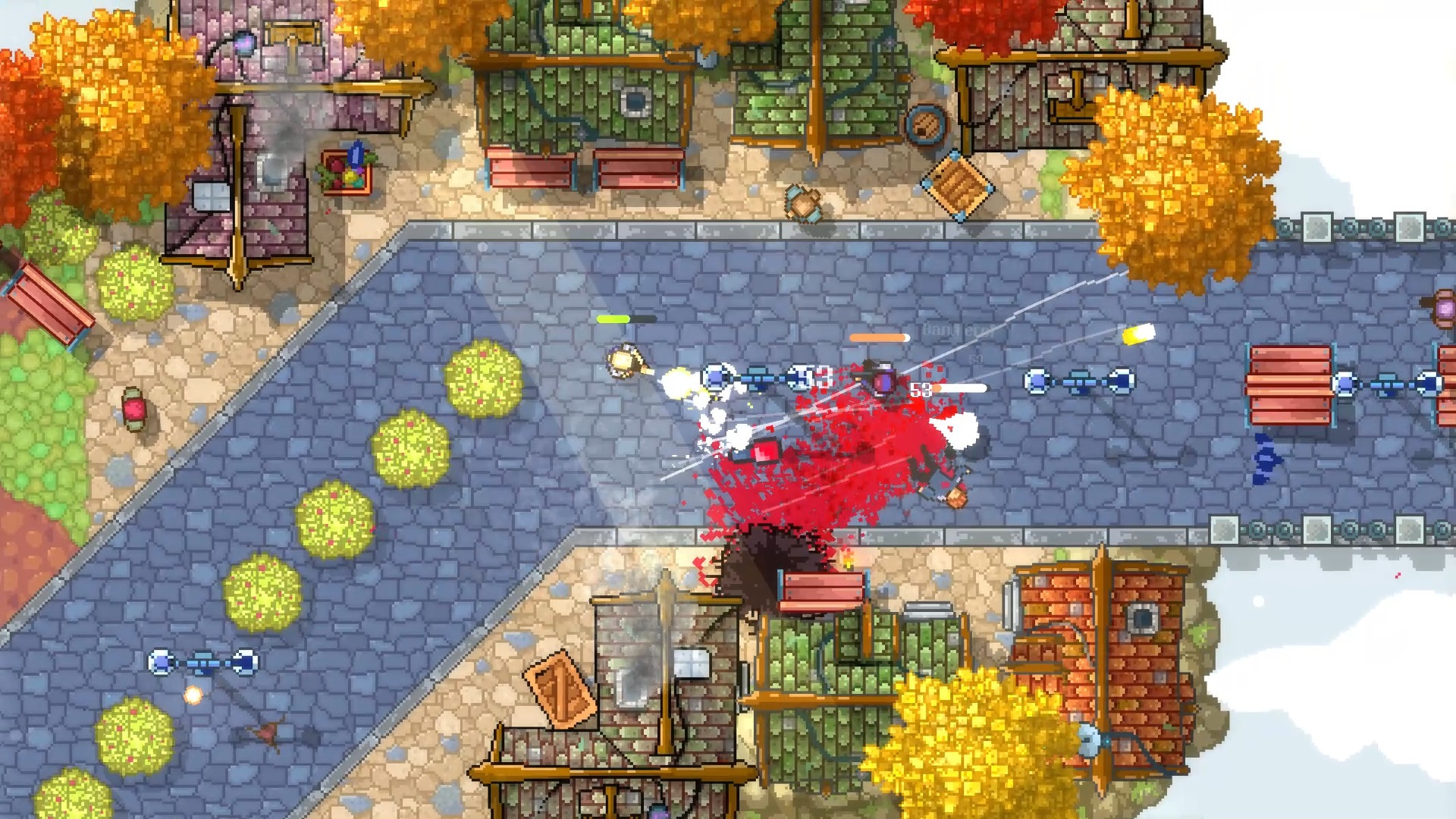 With special abilities to unlock, all manner of systems and options to explore and upgrades to earn, Black Skylands is not a typical arcade shooter. It’s obvious that the developer is making great use of the almost two year development time that it’s already taken. The publisher, TinyBuild, is marketing it as a full-fledged RPG, and what is promised will bear that out, though not without the different twists that the publisher makes their wheelhouse. Right now, the game is schedule to launch for PC later this year. If history is any indicator, it seems likely that other platforms will pop up some time after the initial launch.