There’s no shame in drawing inspiration from a well-known source. Some of the best in art and entertainment drew inspiration from other works. There would be no Indiana Jones without the serials of Golden Age cinema. Fallout wouldn’t exist without A Boy and His Dog or Mad Max (Wasteland, as well, but let’s not get into semantics). We certainly wouldn’t have Shadow of the Colossus without the developers forgetting to take their antidepressants. So it goes with Big Blue Bubble’s Foregone.

The moment that the controller is picked up, it’s immediate obvious that the upcoming title takes ample inspiration from Dead Cells, one of the best action platformers, period. The controls are tight and responsive and handling the tougher enemies requires liberal use of the dodge mechanic to take swipes at the vulnerable backsides. Even the pixelated art and animation style takes its queues from Motion Twin’s modern classic with fluid movements and subtle touches on the character models and backgrounds. It makes sense; if one is going to take inspiration, it should take it from one of the best. They pull it off well, too. Witnessing a giant griffin-like beast pounce on screen is intimidating and objectively awesome. 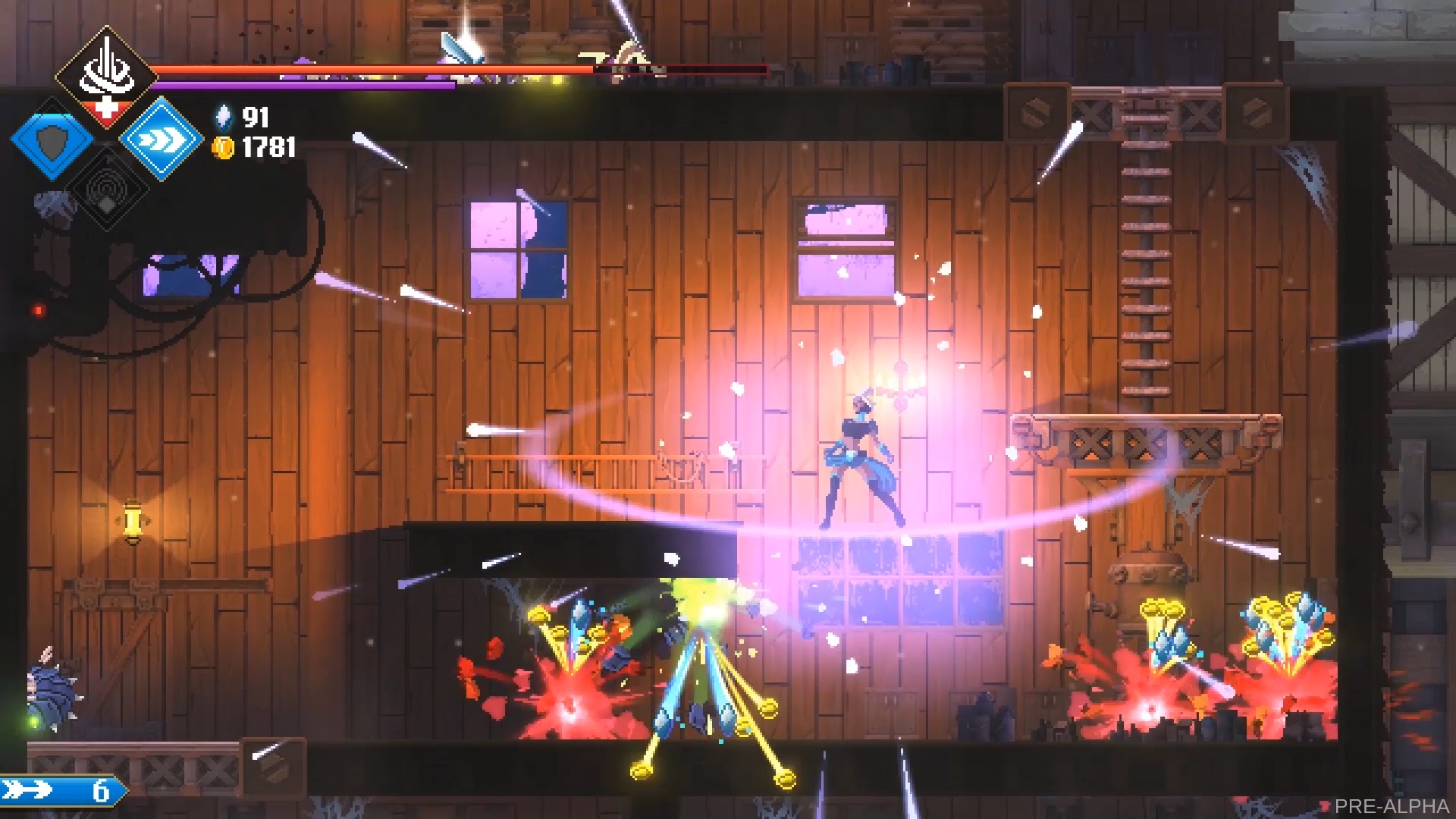 This homage means that players familiar with Dead Cells, as well as ones who’ve never experienced it before, will have no problem jumping into Foregone‘s world, defending the city of Calagan from the Harrow, an almost ethereal influence that is corrupting the land like the spread of a particularly virulent cold. Players will move from platform to platform, taking down all sorts of baddies with various, ever improving equipment. There are two slots available to the player, one for melee and one for ranged. With differing items that handle in differing ways, it won’t take too long for players to find a style of combat that suits them best.

That isn’t to say that Foregone doesn’t add its own flavor to the mix. First, and extremely important, this world is entirely handcrafted. Every platform, every enemy is placed with a reason. Unlike its inspiration, this fact reassures the player that nothing is left to chance. If a platform cannot be reached, an upgrade found later on will allow it. It’s not something that will disappear on a subsequent run. In fact, the game looks to be a Metroidvania in the proper sense, meaning that progress isn’t temporary and players won’t be forced to plod through the danged sewers for the umpteenth time. 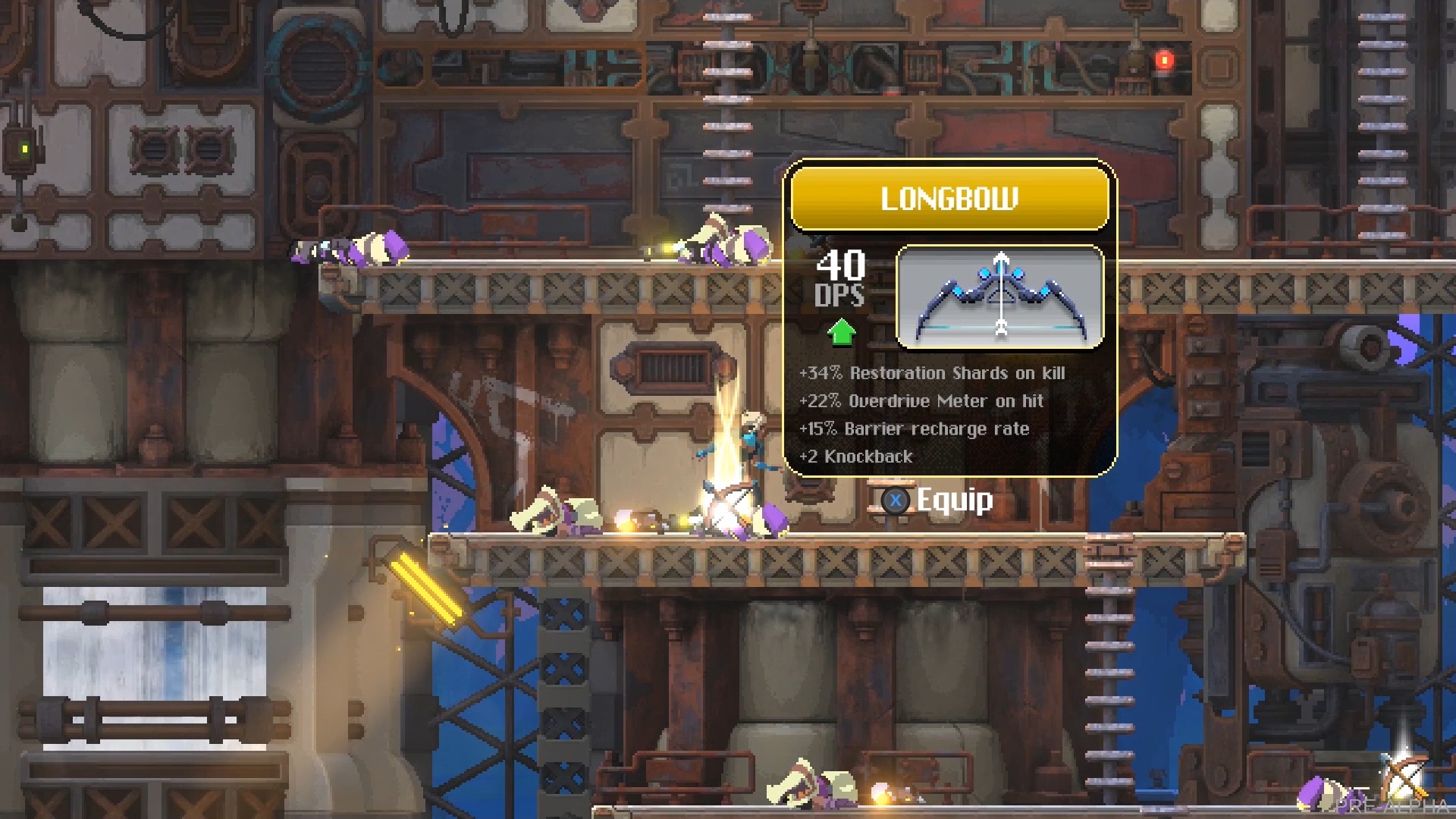 Also on the docket is a branching skill tree. Conquering the monsters and elements works towards a real, permanent goal instead of simply tweaking some small elements in the world. Combined with a Diablo-like loot system, there is always a sense of reward. While we’re not arguing that Dead Cells’ rogue-like approach was without merit, it’s nice to see a title take certain elements and work it in a way that allows for a more permanent feeling of progression. The format also allows players to experience a more fleshed-out narrative that unravels in a more classic sense.

Players won’t have to wait too long before they can jump in and get slashing. Foregone will be launching as an Epic Store exclusive in the next couple of months, though that is in an Early Access capacity. Once everything is polished to a shine, the title will also launch for PlayStation 4 and Xbox One. Steam diehards won’t be left in the cold, but it does appear that the game will hit that service in 2021. No matter the platform, this is a title that looks to build on its forebearers in a fun and interesting way.