Temtem was first revealed to the world back in April of 2018 and a month later would launch on Kickstarter to overwhelming success from interested players. Over the past two years the developers, Crema, have actively been working on this title finally leading up to its Early Access release. This release was what finally allowed those outside of the backer early alpha to give it a whirl and see just how this Pokemon-inspired MMO takes on its own original shapes and sizes.

Right off the bat Temtem gives the players the option to customize their new tamer. Once they’re done choosing a starting appearance, outfit and name they begin their journey. There isn’t a ton of story to speak of so far in Temtem, but players start in a small town where they’re finally gearing up to go explore after receiving their first companion from the professor. After picking from one of the three choices players step out from their home town to begin adventuring. Immediately after being set loose players are able to start collecting other Temtem. Much like Pokemon, they’re typically found in tall grass, vast open spaces such as caves or while surfing on water. Although not all Temtem are available for Early Access, over seventy can be found or evolved in order to enjoy. The main goal of Temtem is to travel to the many Dojos scattered across the islands and defeat their leaders, all while facing down a mysterious evil group known as the Clan Belsoto. 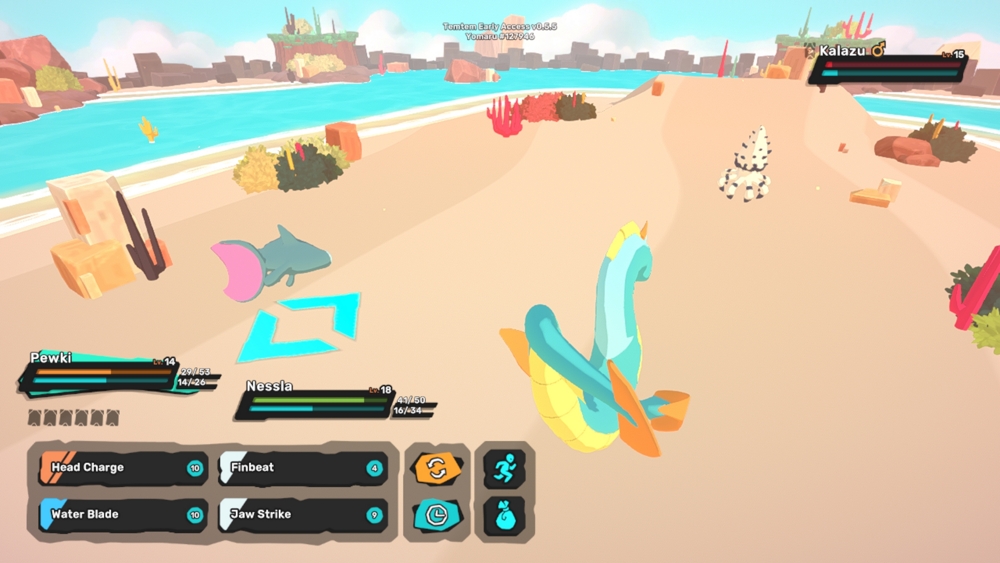 As Temtem is so strongly inspired by Pokemon, it’s hard to not make comparisons between the two. There are some intriguing key differences, however, which makes Temtem stand out. For example, there’s no system akin to critical hits in Temtem and instead attacks do consistent damage except in the case of super effective or ineffective attacks. This makes knowing strengths and weaknesses all the more important, as they play a huge role in giving an advantage. Each area between towns is also large and vast with many battles in between, making strategizing when to move forward and when to stop and heal extremely important. One of the biggest key differences between the two is that Temtem’s battle system is built around two on two combat, meaning if players have more than one Temtem they will always send out two at a time. This applies to every other character battled and even wild Temtem as well and plays a major role in some of the unique combat mechanics.

Every Temtem can have up to four attacks at any time which can be freely changed in the menu outside of battle. One of the creative aspects to some of these attacks is bonus effects that come into play depending on the partner Tem they’re battling with. Attacks that have a plus symbol next to them allow that attack to pull of a bonus effect such as adding poison or simply becoming stronger. The combat is built around cooperative strategy and is also why it’s fully available to play in co-op with another person. It should also be noted that Temtem can only be played while online and players will regularly run into others during their adventuring. There is little to no interruption during this fortunately and at most it’s a nice reminder of how many other tamers are out there enjoying the same wonderful adventure. 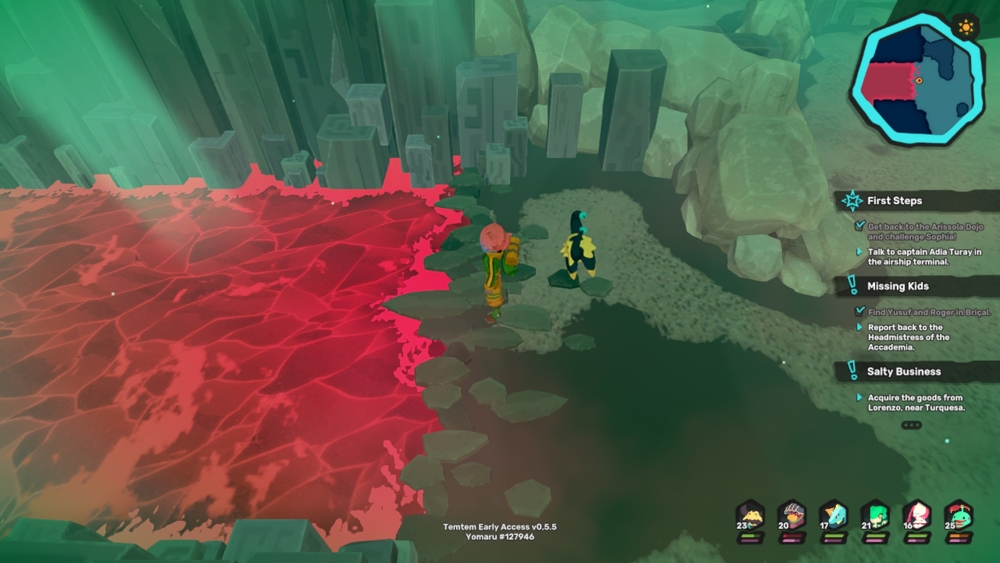 When looked at from the outside, it’s easy to see the clear Pokemon inspiration that Temtem used as a simple base. Once that thought has been moved away from, however, there’s a ton of originality put into this monster-collecting experience that’s worth trying out. It’s a title that is putting a lot of thought into its community and competitive elements while also making for a unique single player experience that is going on alongside thousands of other people. Temtem is a wonderfully-stylized title that has a lot to offer and following this initial release Crema has been actively working hard to fix bugs and errors along the way for an even more fluid experience. Those interested in Temtem can check it out now in Steam Early Access or wait until the planned full release next year which will also be on PS4, Switch and Xbox One.