Of the two fighting games on display at Bandai Namco’s recent press event in the UK, the arena-style template applied onto One Punch Man stood out more by a considerable margin. It’s not just that the IP developer Spike Chunsoft have been equipped with here has given us an interesting (and surprisingly enjoyable) parodying — “deconstruction,” if I’m being nice — of the typical, overpowered superhero shtick in its manga/anime run of 2013/2015 respectively. But for a game that feels like it’s been lifted from not one, but both conveyor belts of oversaturated genres — the arena fighter and the create-a-character RPG — in amongst the regular motions, there’s some semblance to the IP’s original intentions here.

Least of all, from that of its tone and the suggestion that there’s some attempt to impose a bit more of a light-hearted, self-aware attitude to its set-up. The idea of a world chock full of superheroes — a world wherein being “super” in that namesake isn’t so rare and spectacular as it may initially appear. The very sub-title of the game, A Hero Nodody Knows, can be interpreted too as an attempt to capitalize on the IP’s self-aware attitude. Not unlike another game/shonen IP tried out for a brief period at the same event, most of the gameplay involved with One Punch Man: A Hero Nobody Knows doesn’t veer far away from the arena. Whether that’s competitively, with its 3v3 style fighting, or with its single-player, create-a-character campaign. On the surface, the feeling is that there’s nothing really exciting or worthy of mention. But lest we forget: how do you tackle a fighting game wherein its main protagonist, Saitama, is over-powered by design. Over-powered to the point of defeating anything, and anyone, with (as you might have guessed) one punch. Surely that breaks the game, right? 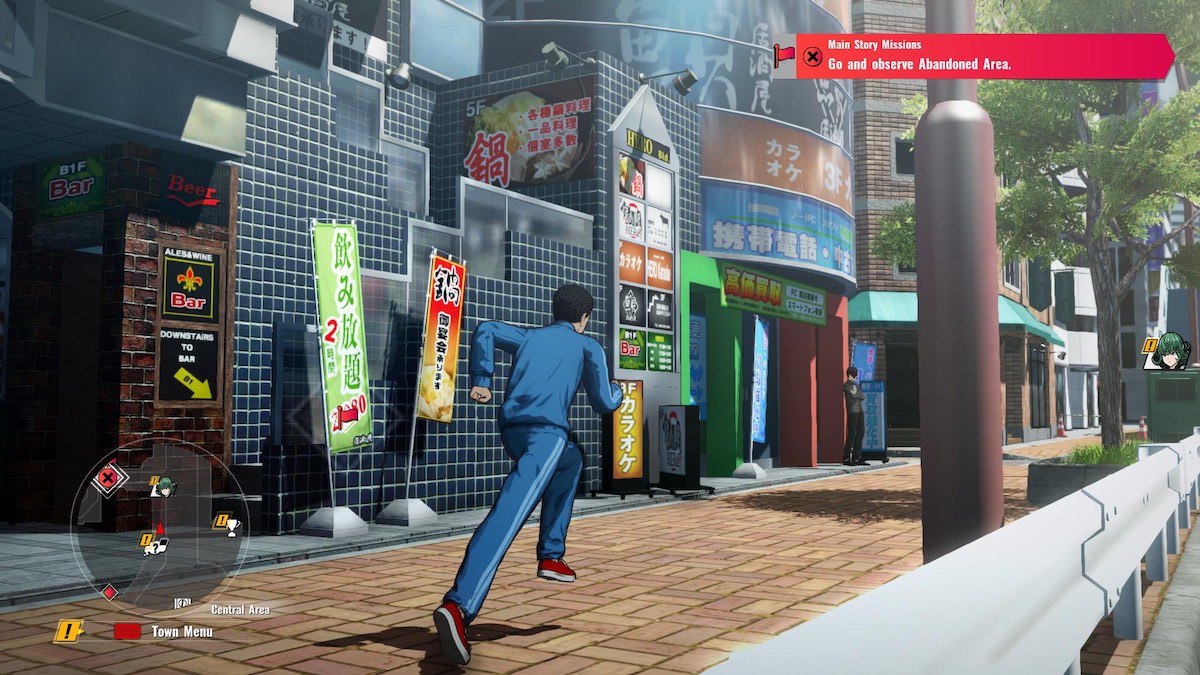 Well this is where one of the more intriguing, stand-alone gimmicks comes into play. Keep in mind that A Hero Nobody Knows is your regular bout of attacking, dodging and activating assigned special moves. And taking Saitama out of the equation, what you have is a bog-standard affair comprised of the series’ additional, supporting characters. So what happens when you have Saitama in your squad. Answer: he’s “late” to the fight, in a sense, meaning that said player is essentially one fighter down — the match deviating slightly into an objective to survive until the main lead finally shows up. As much as I would love to divulge how this exactly plays out, and whether there’s any nuance beyond a mere gimmick, unfortunately my time spent with the game revolved around the other main mode, the single-player story. A story that pits you as the newest “hero” to arrive in the city, hoping to make a name for themselves.

A brief introduction and going-over of the basics from Lecture Man later and players are left to tick-off requests and brief missions dotted about the overworld. Most of which find you returning to the arena through slightly-altered intentions. Some requiring you to just beat an enemy into submission, others have you take down multiple targets at once — both on your own and with the assist of friendly AI who can be swapped in and out on the fly — and some even require you beat an enemy before an allotted time runs out. There are also returning characters whom one can, not so much unlock, but establish a social rank of sorts with yourself. How this social link of sorts functions, and to what extent, remains a mystery but for the other RPG mechanics such as its leveling up system, the method is a lot more simpler to recognize if not entirely convincing that one is investing in, is making that big a difference in the short-term. Completing missions and even meeting bonus requirements (of which are only revealed once a mission has been beaten for the first time) netting you XP which you can invest back into your main traits. 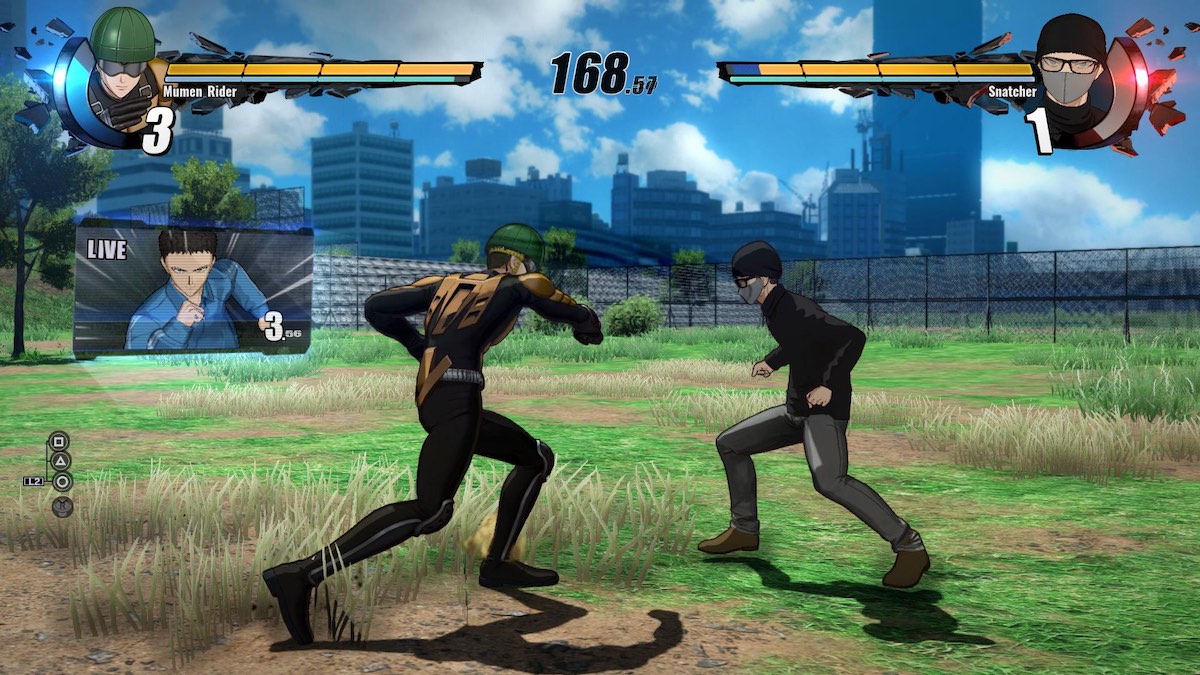 It’s all fairly straight-forward stuff and like its competitive fighter side, much of the single-player output is middle-of-the-road fan appeasement. But herein, again, lies a sign of promise. As minor or as brief a flash these suggestions are. Your trustee guide, Lecture Man, having you complete what amounts to little more than a brief fetch quest — only to comment on how the work of a superhero can at times lend itself to the most mundane of requests. And admittedly, it raises a smile during play — a small one, but a glimpse that perhaps Spike Chunsoft have been willing to inject the self-insert, single-player antics with that familiar self-aware, light-hearted delivery.

Of course as we all know, a bit of humility and acknowledgment of how things might look to the person playing, while appreciated, doesn’t excuse what may amount to a shallow fighter. That’s not to say the heat of the moment, the fighting itself, doesn’t lend itself to a bit of tactical play from time to time. Knowing when and when not to go charging into your opponent; when best to try and grab your opponent or when best to try and avoid their incoming salvo. The word “try” is used both deliberately and with a touch of sarcasm here, as controls (at least on console at present) aren’t always the most synchronous or fluid. Easy as it is to get caught in an enemy’s combo, on the basis of inputs not always registering. Enemy AI also seeming to possess a sixth sense on the exact millisecond to strike. 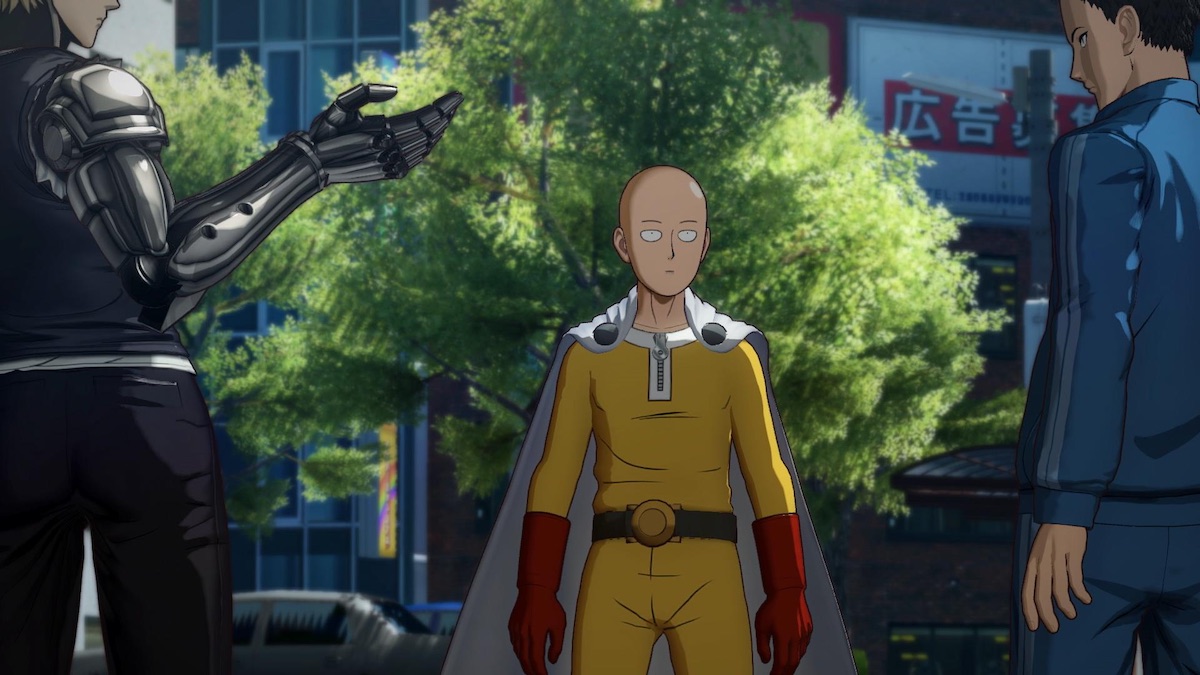 Odd as it may sound — but in keeping with the aesthetic of the series — you can’t help but be thankful for some of the environmental hazards that pop in from time to time for players to keep a note of. Towering monsters trampling across the stage for example, which once more offers but a tiny aspiration for what the final build of this game may offer. Indeed, if there’s one major feeling to take away from One Punch Man: A Hero Nobody Knows, it’s a genuine hope that its tiny flashes of promise, grow into something much more entertaining. Serviceable its gameplay may seem on both sides (if a little spotty on the control side), for those both familiar and unfamiliar with the IP, that gleam of self-parody, of making the most of its absurd premise, is where a lot of one’s tempered expectation lies. One Punch Man: A Hero Nobody Knows releases across PS4, Xbox One and PC on February 28.