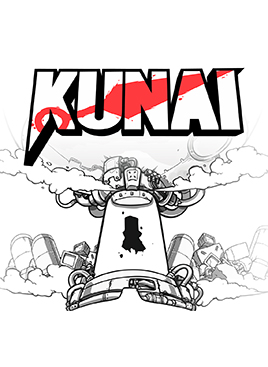 Who knows what the 2020’s will have in store for the steadily-populating Metroidvania sub-genre. Incredibly early days it might be — with no certainty that our general interest will even last another whole decade — it’s only going to get increasingly harder for games to stand out. To stand out beyond simply the veil of nostalgia for a particular design philosophy whose contemporary appeal owes much to the fondness of former days. Notably in a time where artistry, tone and even soundtrack have become the real signifiers of a great release, and not simply the appeal of exploration in of itself. Over the past several years we’ve seen such examples that manage to stand on the merits of more than their explorative, labyrinthine level design — no matter the height of satisfaction one gets from acquiring a new item or ability.

But 2019, while didn’t exactly end the decade with another phenomenal, stand-out title like previous years had done so wonderfully for the sub-genre, alluded to the idea that Metroidvanias — either knowingly or unknowingly — are now as much about the novelty of their aesthetic as they are the satisfaction of exploration. For a sub-genre that too offers no hesitation on recapturing the glory days of 16-bit pixel art — last year’s Blasphemous broadening that application to even its cutscenes — the Game Boy-style of visuals tends to be oddly absent not just here, but in other genres as well. There are some that are trying to capitalize on that possible gap in the market of course. The compact and concentrated Gato Roboto relished such a stripped-back monochrome presentation, while the upcoming Inmost feels like an early 90’s portable release crammed (against its will) with the foreboding unease of a Playdead platformer. Kunai is another one of these games that, just maybe, recognizes the novelty of graphics that felt half-way perhaps between the 8-bit and 16-bit era. Sacrificing the lush variety and fidelity of pixel art in the short-term for something else that speaks to another key component of that era.

Early impressions did indeed argue that developer TurtleBlaze knew how to make the very act of movement — moving about this particularly rigid, blocky, right-angled environment — a key component. But just how well does it work across the full game? A game that, on reflection, isn’t the most sophisticated, dense or complex of Metroidvanias so far as level design goes. While there may be optional health upgrades and the like to find — to spot sections of the foreground or suspicious edges of an area, that lead to otherwise hidden secrets — Kunai‘s connected world and later revisits of past areas are admittedly not as interwoven as they perhaps suggest. It would be easy to list the many things Kunai is not here — or what games do certain elements and functions better than this release — only because the eight-to-nine hour campaign unfortunately lingers with a suggestion there really should have been more. The final boss fight — genuinely challenging, tense and multiple-death inducing it is — complete with brief ending cutscene, closing things on a slightly-deflated whimper. 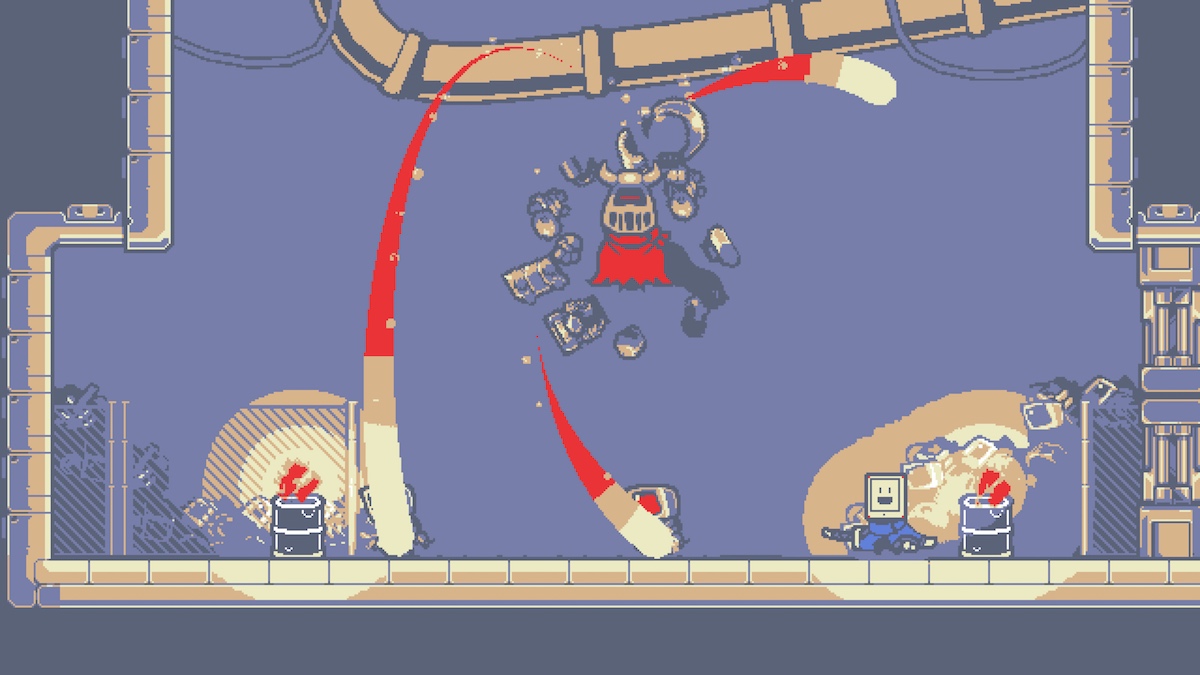 But let’s not try and view this as simply comparison with what’s come before. The things Kunai does great on: firstly, the boss fights in general. Scattered throughout are encounters that make great use of the twin kunais you acquire early on in the game. The emphasis being as much on moving about your surroundings as they are working out the correct time to strike. On similar notes, the path to success is rarely spelt out to the player and while it may seem obvious in hindsight, Kunai leaves just enough of a hint for the solution to seem viable, but far from obvious. That emphasis on controls, and of making the most of your skill-set, carries right across a player’s time with the game. Navigating the world, easily zig-zagging up vertical areas and climbing walls alike; while Kunai is intentionally built with verticality in mind for these mechanics to function, it’s still immensely satisfying to move about environments with such pace. Eventually finding the confidence (or rather enjoying the feel of controls) to try and chain together a string of aerial attacks on a line of foes. The slight knock-back you get from striking a foe doesn’t make movement entirely fluid, but it serves as a fitting balance to your otherwise aerial ease of pace.

Movement becomes even more integral to progression later on, when safe ground becomes sparse, enemy encounters increase (and similarly with accompanying threat level) and the ability to chain together multiple grappling swings proves key. Even if the game loses some of the explorative aspect — instead concentrating moments into linear paths to tackle — Kunai is still enjoyable enough for the triumph to feel weighty. Particularly with the way enemies themselves are placed; while the only significant change to environments is of a prime color being the determining factor, Kunai‘s unfortunate lack of evolving its aesthetic doesn’t detract too much for the joy of its gameplay. There are, admittedly, some challenges during the game’s latter areas that could have benefited from some early explanation and easing-in for its players to master. One example being the ability to use momentum to reach a high platform, except for the fact it’s the only real moment in the entire game where such a mechanic (and the player’s use of it) is truly tested. 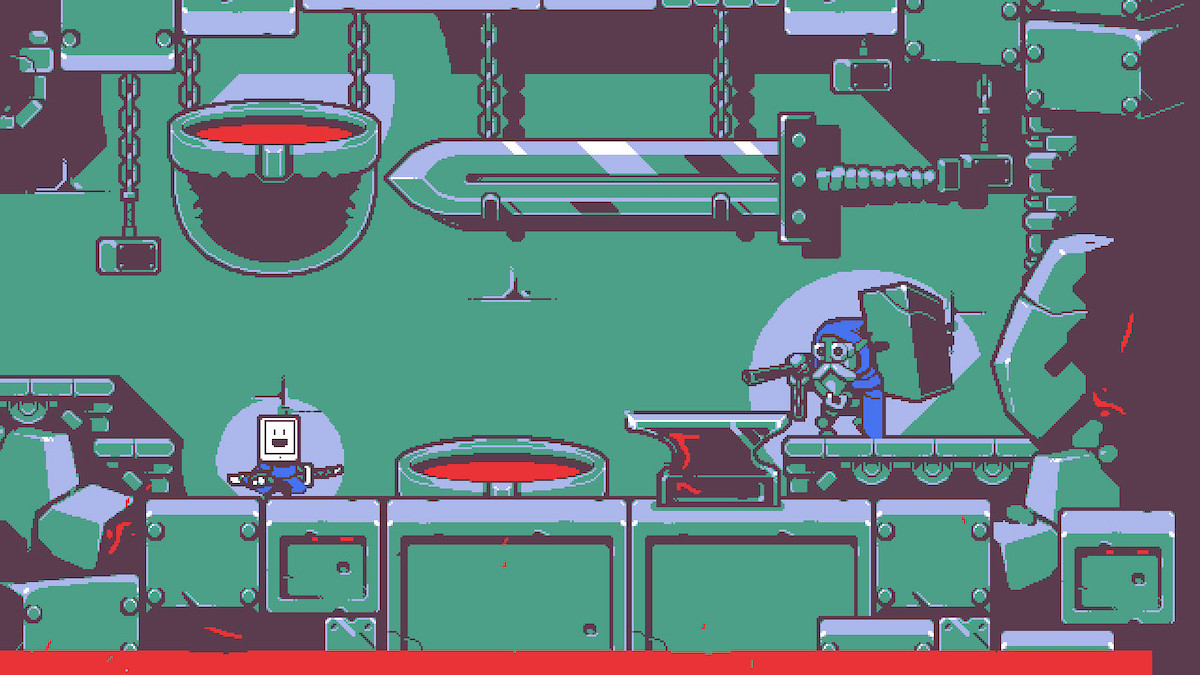 Another key aspect players should take note of is the way health works in this game. Eventually, you’ll come to acquire additional offensive weapons on your travel. While these items also serve as the obligatory solution to a previous inaccessible obstacle, they’re also, by design, another means with which you can destroy enemies. The catch, however, is that unlike your main sword, you can’t extract health-drops upon dealing a finishing blow. Your prime sword being the only means in the game — outside of save points — for you to recover lost health. It’s a key area to take note of as health disappears surprisingly quickly during the latter sections when enemies, thankfully, get more complex and unpredictable with their attack patterns and behavior. In some cases, the notion of having to keep a constant aerial presence even becomes key. Rapid-fire strikes used for more than just deflecting bullets.

Brief periods like these are where Kunai shines and while the mechanics underpinning the main gameplay aren’t necessarily deep, they’re fun nonetheless to interact with. Particularly when set-pieces require you to be constantly on the move or as mentioned previous they serve as a fundamental part to triumphing over a boss. Kunai‘s combat or player move-set doesn’t stretch far, but it does the job for the kind of world and lite exploration the game serves up. Which is where perhaps one of the more poignant criticisms of Kunai come into play: the fact that the game never seems to want to explore the backdrop it’s painting. The fact the player’s acknowledging that the final boss encounter is soon approaching appears almost unexpectedly and rather anti-climactically. Some of the more crucial plot points of the game too don’t get that much service either in a game that generally doesn’t seem all that interested in the narrative side of its premise. Scenes throughout you’d think would serve as major beats or crucial points in a story tend to fizzle out or shoved aside in favor of offering up the next challenge or conundrum. There’s nothing wrong with the latter approach by itself of course, but areas such as a city — whose inhabitants strangely seem anything but concerned about the events unfolding — almost deserve some kind of expansion or elaborating on. Yet they never seem served or treated with any significance, other than offering but another umpteen vertical surfaces for the player to bounce off, albeit with gleeful decree. 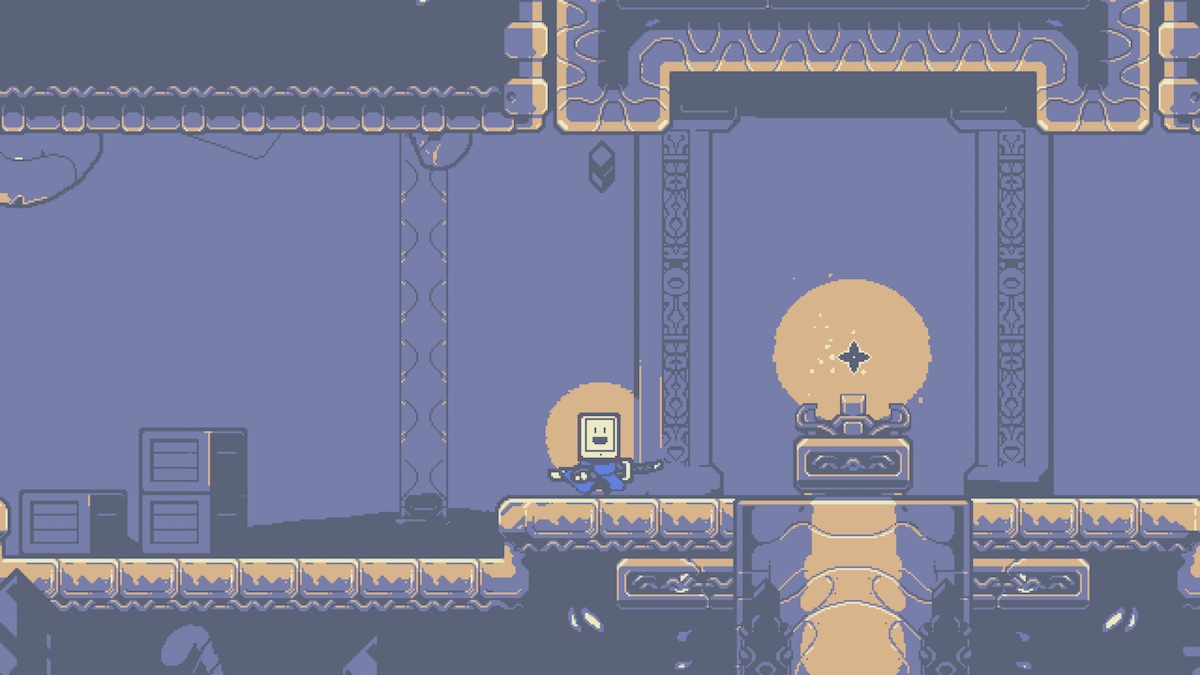 Maybe it’s a little unfair to propose that Kunai‘s weaker spots are a result of the high bar games preceding it have set. There’s commendation to offer with the way TurtleBlaze manage to build off of their stripped-back visual aesthetic. Providing a sense of movement that, while not deep, does the job in making one’s route satisfying to control, even experiment with should you feel daring. Confident you won’t underestimate the importance of keeping your character’s health in check. When the combat gets to that point particularly — and the move-set works in tandem with the well-designed bosses and more-linear sections to traverse, even struggle through — it’s a fun, if brief, adventure to trudge through. The game may stumble on occasion from a lack of earlier detailing, with narrative and backdrop never feeling best-served to those looking for a bit more story. But the free-flowing confidence and care-free nature baked into Kunai above all still marks this down as a good (not great) starting point for Metroidvania fans going forth into the new decade.