Two more games are coming to the Sega Ages collection on Nintendo Switch later this month. The first of these is Sonic the Hedgehog 2, a game that moved many a Sega Genesis back in its day. This newly-minted port will of course contain the base game fans have been enjoying for more than 25 years now, but it doesn’t stop there. This version of Sonic the Hedgehog 2 will actually include several new features. These include Sonic Mania’s “drop dash” move, a brand new “Super Sonic” mode, playable Knuckles the Echidna, the return of the original’s competitive two-player mode and a brand new Time Trial mode complete with online leader boards.

The “drop dash” allows players to spin-dash in mid-air, enabling Sonic to quickly build-up speed and momentum. “Super Sonic Mode” is exactly what it sounds like; it grants players the chance to enjoy the game in Sonic’s ultimate form from the very beginning. As for Knuckles, he’s technically not a new addition since players could originally unlock him by plugging their Sonic 2 cartridge into the top of a copy of Sonic & Knuckles. Still, it’s nice to see him back in action here. 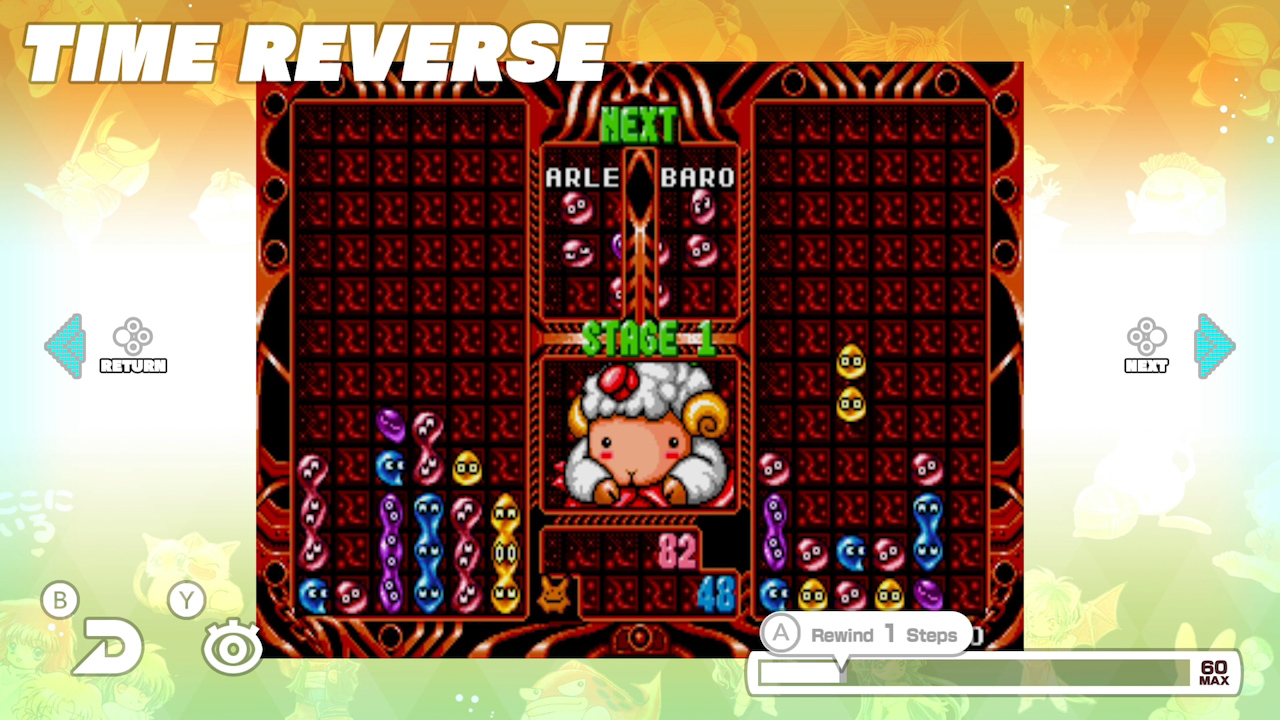 Puyo Puyo 2 has some nice new bells and whistles as well. The version coming to the Sega Ages collection is the arcade original made even better with enhancements like two-player online battles and online rankings. Additionally, the game will at last have a full English localization, a quick rewind function and sport a long-requested color-blind mode. This will likely be the definitive way to play classic Puyo Puyo.

Sonic the Hedgehog 2 and Puyo Puyo 2 hit the Sega Ages collection on Nintendo Switch on February 20.