Forging new weapons (aka “Carnage”) in Tokyo Mirage Sessions #FE Encore is a mostly straightforward process. All Itsuki and his friends have to do to gather the necessary performa is go out into the Idolasphere and fight enemy mirages. It typically only takes a few battles to obtain the performa needed for most new carnage to become available. There are a few exceptions to this, though: special carnage requiring special performa obtained from rare, golden mirages. These mirages only appear in certain places within each Idolasphere and usually make for uncommon encounters even within their territory. This doesn’t mean getting their performa needs to be a painful process, though. In fact, it can be easy to farm these rare enemies; one just needs to know the process.

For the first half of Tokyo Mirage Sessions #FE Encore, the Sixth Element mirage is the one player’s will want to chase. Its Macca Converter performa is the key to obtaining Carnage containing powerful skills like “Dual Dispatch” and “Megido,” so getting them early will help against bosses and Savage Enemies. The Sixth Element appears in the Illusory 106, Illusory Shibuya and Illusory Daitou TV Idolaspheres, but we’re going to focus on Illusory Daitou TV since the enemy seems to appear more consistently and cannot easily run away. 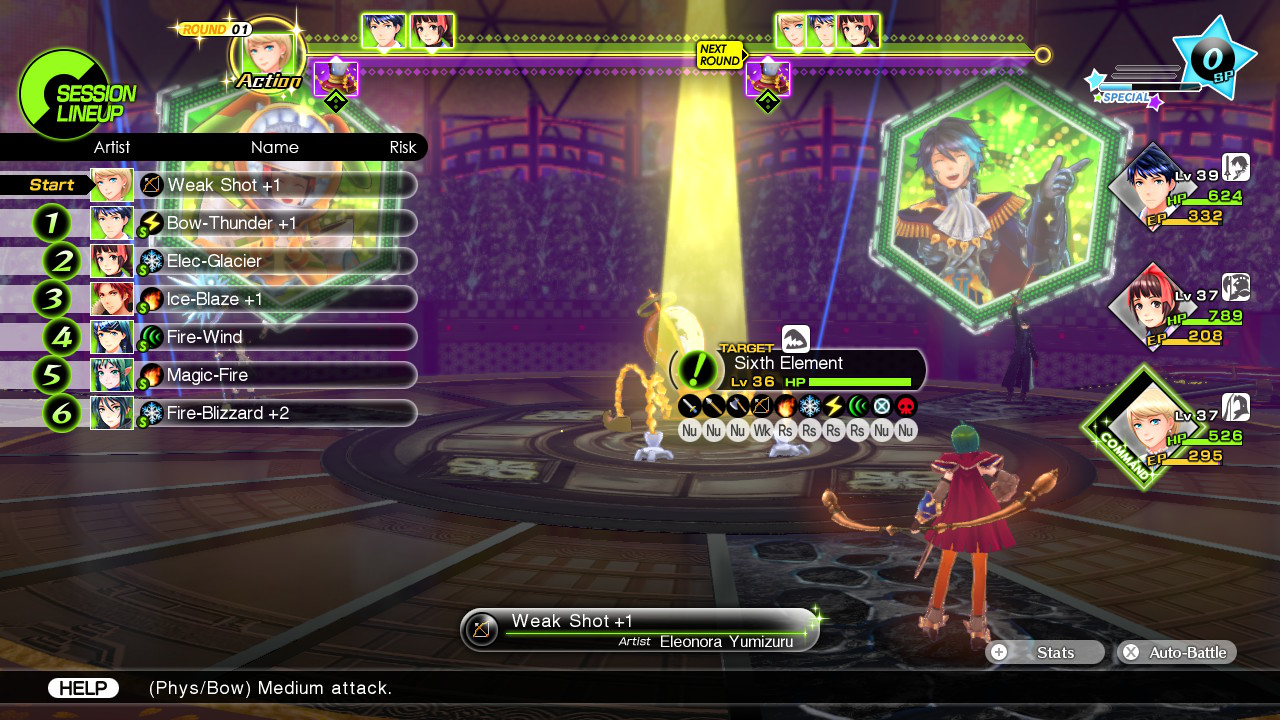 Once in Illusory Daitou TV, warp to “Film Set B: indoors (1F)” and proceed down the hall on the right. Turn and head out the west-facing exit (on the left) and run to the top-left portion of the map. If Mamori is in the party, use her “Riberama” skill to increase the appearance rate of rare enemies and combine it with Touma’s “Estoma” skill to decrease the spawning of normal mirages. After that, all one needs to do is run around until a golden mirage appears. Also, be aware that using “Riberama” makes savage enemies appear too, so it would be wise to bring a few Smoke Machine items with so as to make a clean getaway if need be. Once a rare enemy appears, it’s time to get that performa! 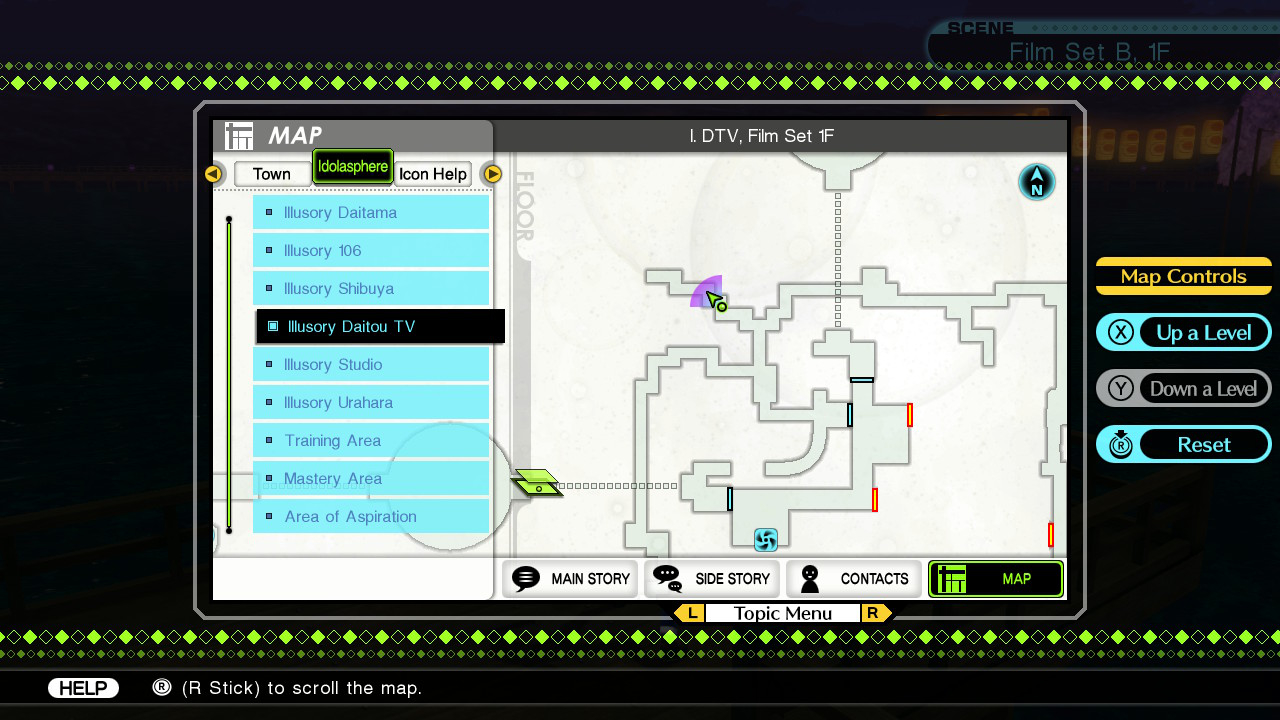 Bringing down the Sixth Element can be tricky at the beginning of the game, but it practically becomes a cakewalk once Ellie joins the group. Just start a session with one of her bow skills and watch the team take it down! If Ellie’s turn comes after the enemy mirage’s turn, just use a sleep or charm item to keep it from running away. 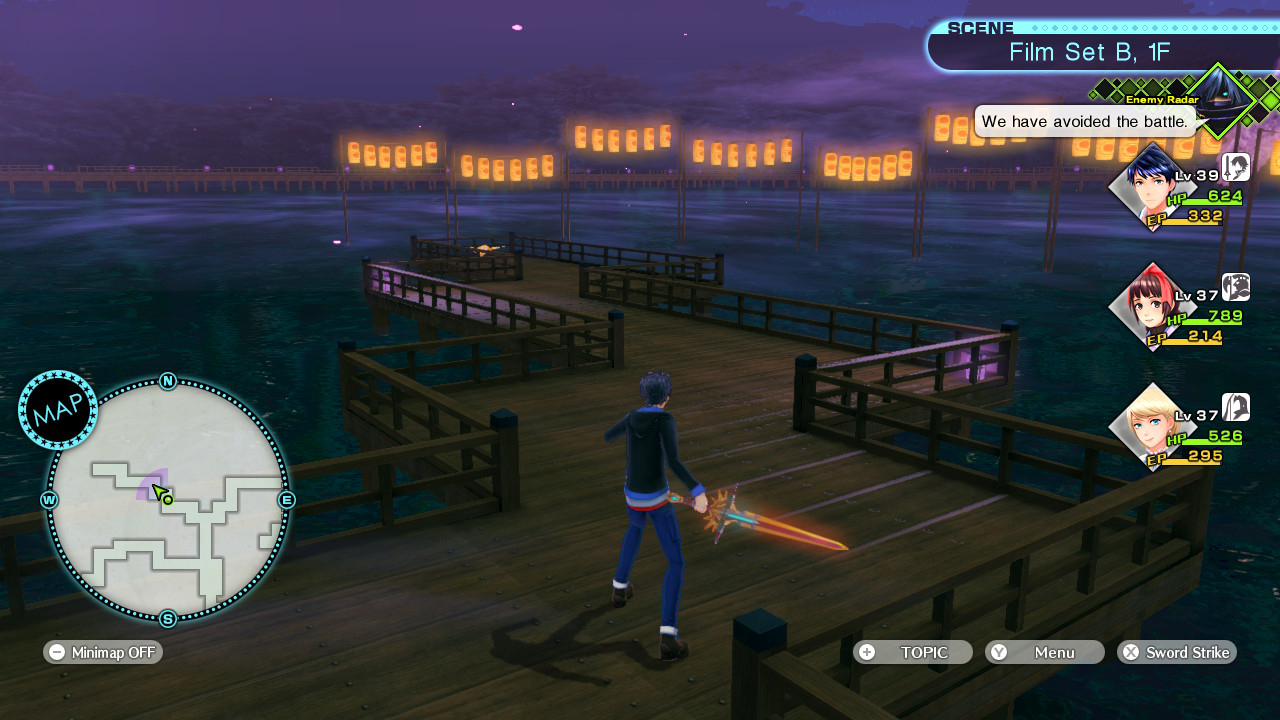 The best place to find Tokyo Mirage Sessions #FE Encore’s second rare enemy is in Illusory Daiba Studio. Upon entering the Idolasphere, run into the TV room to the left and observe the monitors mounted on the far wall. Look for blue one reading “Sponsored by Treasure Stash Co.” and make sure it’s on the upper left-most monitor. If it’s not there exit and re-enter the room until it is. 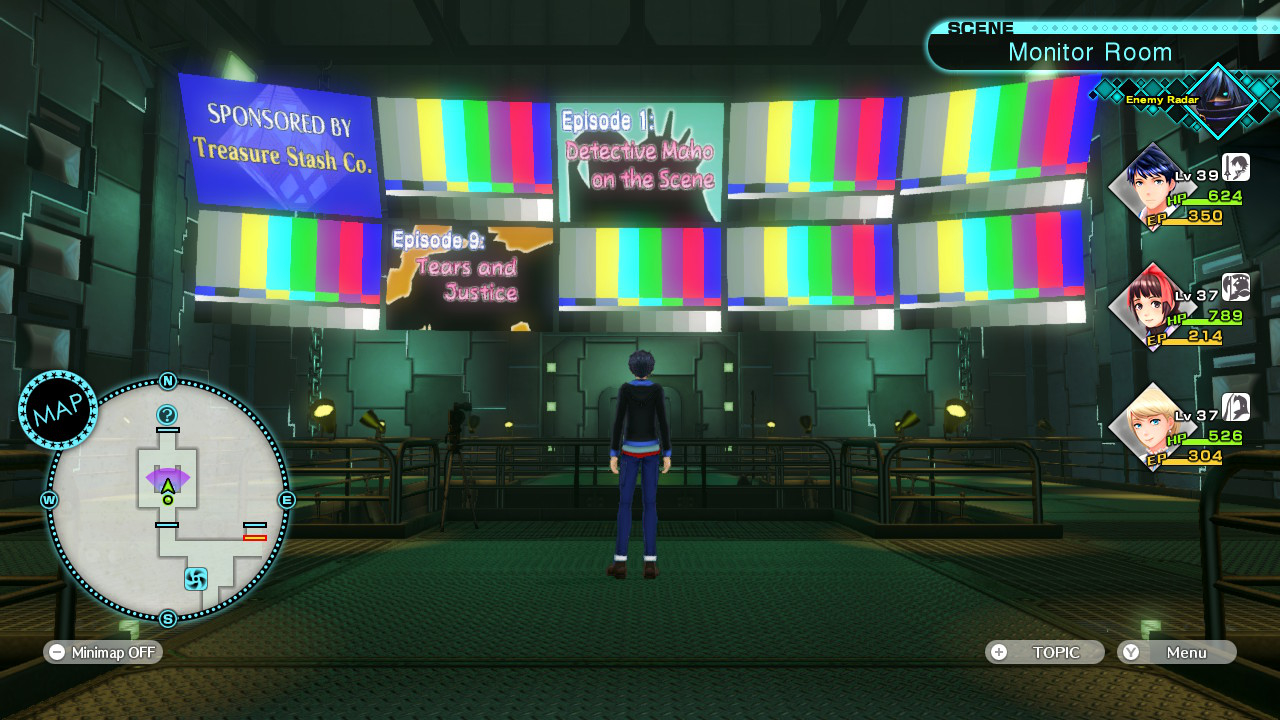 It needs to be there because our chosen spot will be inaccessible otherwise. Once it’s there, proceed through the door and go to the furthest door on the upper-left on the map. From there, turn left and the left again and climb up the ladder to our destination. Now turn on Riberama and Estoma again and run around until the golden enemy appears. 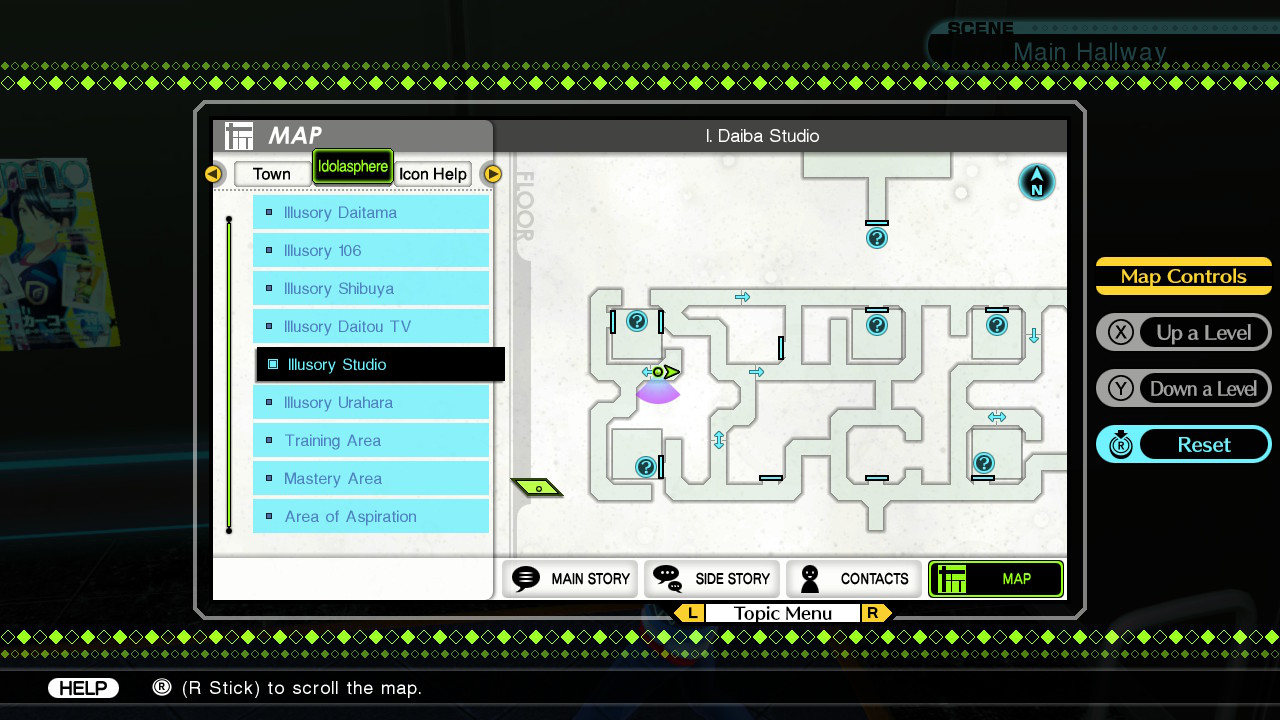 Defeating Bretorius isn’t as simple as taking down the Sixth Element mirage. It has no weaknesses, likes to inflict confusion on the party and will run away after a couple turns if steps aren’t taken to prevent it. The first thing one should do is hit the mirage with either sleep or charm in order to keep it from running away. Both will work, but Charm is preferable since it tends to last longer and Tsubasa can trigger sessions on charmed enemies. In fact, make sure Tsubasa is in the active party when fighting Bretorius since her “Feel My Soul” radiant skill increases her success rate for inflicting Charm. 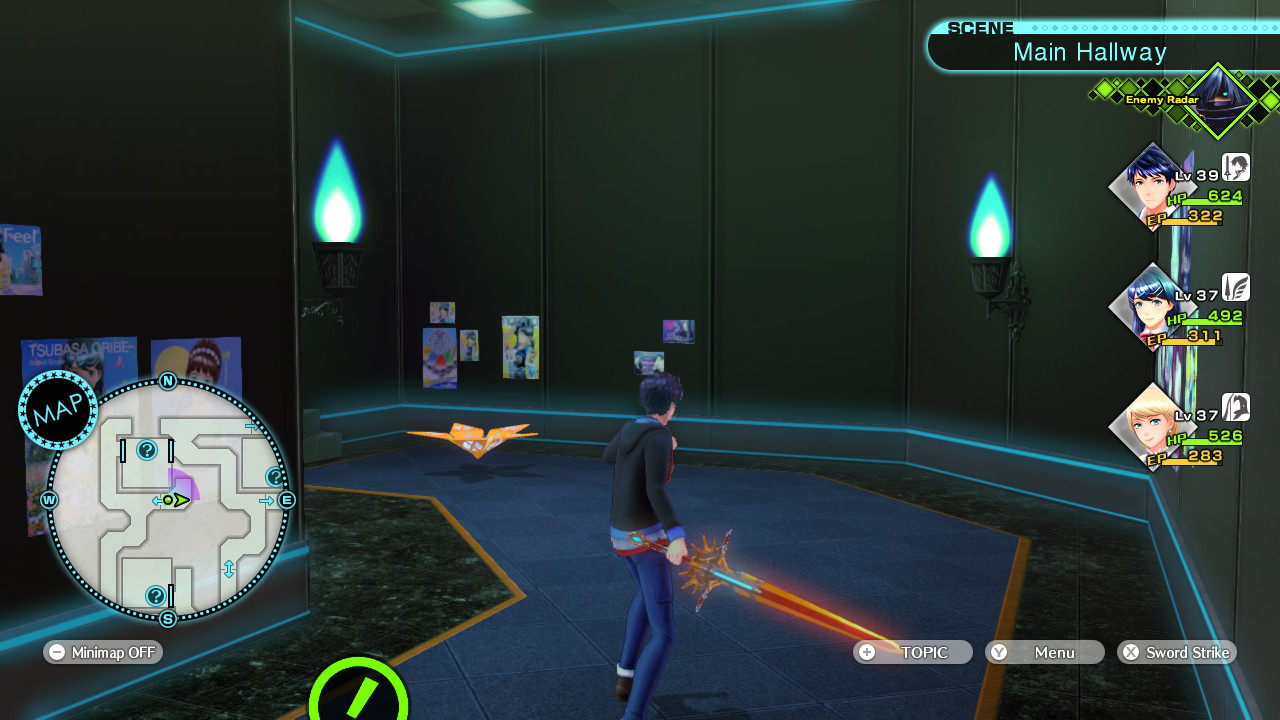 Once Bretorius is charmed, wear it down with lance sessions from Tsubasa, Megido from Kiria and Special Performances from Itsuki. These won’t break the charmed status and will allow the party to inflict lots of damage quickly. At most, it should only take three or four turns to bring it down and collect the “Interstellar Sefirot” performa. From here it’s just a matter of repeating the process until there’s enough for everyone to get their next carnage. Happy hunting!