Signature Edition Games has been making extra-nice physical editions of small-press indie games for a while now, standing squarely between standard and deluxe.  They usually come with a couple of pins, maybe a small art book and soundtrack, and a couple of other goodies packed in a robust box that’s got a nice presence without being ostentatious about it, all for $15 more than standard.  It’s about time for the series to flex its muscles, though, and there’s no better game to do it with than Dead Cells.

Dead Cells sees a blob of protoplasm animate a headless corpse then run through randomly-generated side-view levels in an attempt to escape the dungeon.  The combat is fast and deeply satisfying, enemies are nicely aggressive, and bosses not to be messed around with.  Surviving to the end of a run will require unlocking as many weapons and items as you can scavenge along the way, but the biggest advantage is experience through repetition.  It’s a game that rewards mastery, making each new run another welcome step on the road to completion.  Dead Cells was a hit both digitally and physically, and that earned it the deluxe treatment of the forthcoming Dead Cells: The Prisoner’s Edition.

The Prisoner’s Edition is a big-box version of the game, loaded with a huge number of extras that should make any fan happy.  In addition to the game on disc or cartridge, PS4 or Switch, it comes with-

All of this comes inside an embossed tin box with a cardstock slipcase.  It’s a fantastic collection, and the first 500 pre-orders also get a collector’s coin to go with it.  Obviously this ends up costing a bit more than the usual run, clocking in a $109.99 PS4 or Switch, but there’s a lot in there to justify it.  Dead Cells: The Prisoner’s Edition is limited to 10,000 copies total divided between the two consoles, and preorders have gone live today (PS4 here, Switch here) for its June 30 release. 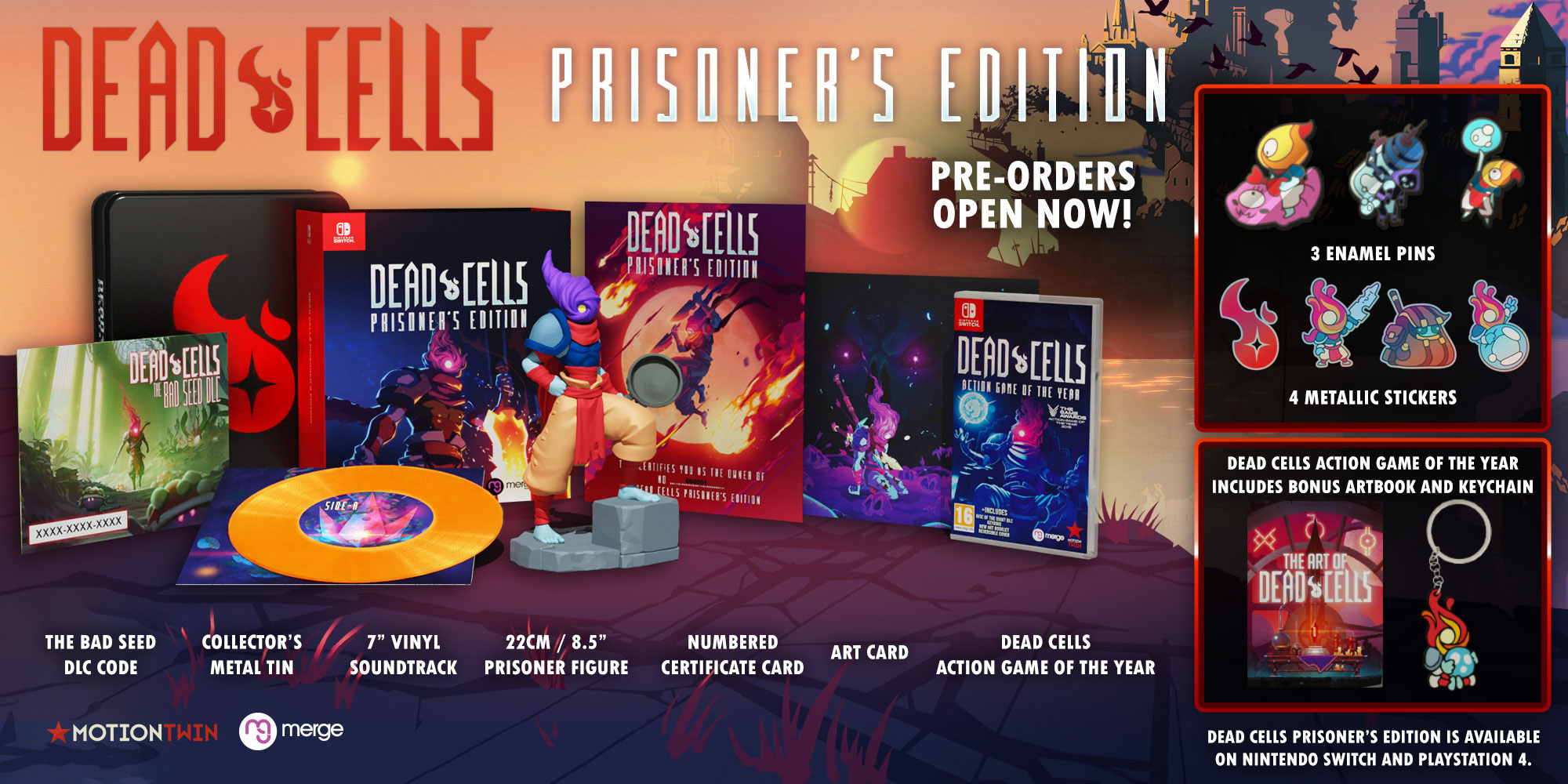