Anyone who’s in the business of covering, or simply just following passionately, the going-ons of video games will know of the Dynasty Warrior series. Regardless of your time spent in any of the long-running Musou entries, mainline or spin-off alike. Whether it’s a hundred hours, none at all, or anywhere in the middle, Koei Tecmo’s most well-known franchise has lasted on many grounds. The simple appeal of its hack-and-slash, power-fantasy gameplay, the persistence of its developer, but also the intrigue on how that template will play out when other IPs and series names are given the DW treatment. And when one says “play out” as stated you can already get a good idea on the gameplay; it’s how that supposed spin-off treats its source material, its assembly of playable characters and settings alike, that can determine whether a Musou is really a good fit in the first place.

It may not be the first time that long-running anime series One Piece has ventured into such territory, but it allows for a refreshing change of pace from what is Bandai Namco’s regular assortment of fighting and JRPG equivalents alike. Particularly when it’s been more than four years since the IP last ventured back into Musou territory — 2015’s Pirate Warriors 3, while not as committed on providing PC players the sharpest of experiences, still devoted itself sufficiently well in serving fans through characters and locales alike. Commitment to the material is one of the reasons why players — outside the long-time devotion to Dynasty Warriors, or not — gravitate towards the spin-off entries. Who’s in, who’s not. What settings are featured, which aren’t? Above everything else, there’ll be little argument against Bandai Namco themselves pulling from all corners of the series this time round. 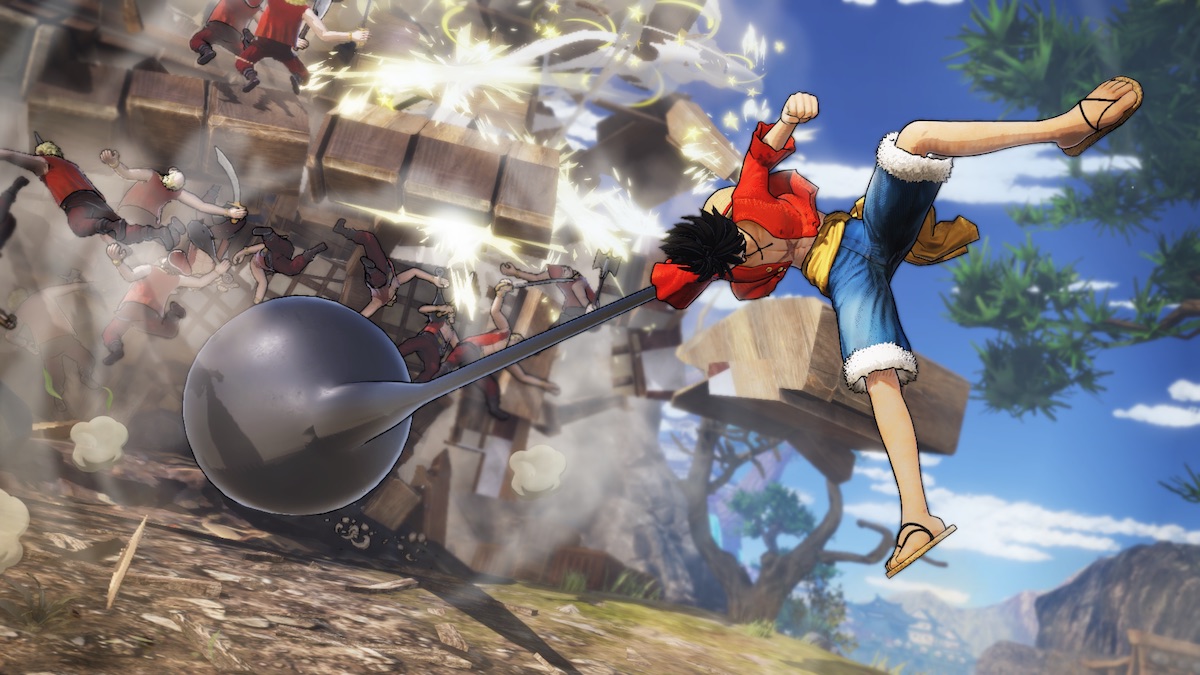 Covering story arcs and events from the series’ recent running on top, One Piece: Pirate Warriors 4 may be making the obligatory next step on scale of content, but its gameplay remains atypically Musou-like. That in itself may not be much to celebrate — naturally, you could condense all this into the comment that if you’ve played one Musou, you’ve played them all. But while there’s some truth to that — namely the obvious advantage players have in lashing out against hundreds upon hundreds of foot soldiers whose only purpose seems to keep a player’s KO meeting going — that doesn’t mean numero four in the series has lost any of the easy appeal. There’s still some novelty in unleashing a special attack, sending countless foes flying in pre-determined ways — flashy visual effects and all. But the game still manages to inject a sense of urgency and unexpected surprise at the way events play out on the field of battle.

Support/allied characters running into trouble, struggling with securing a vital strong-hold, additional support popping up in an oh-so-conveniently distant section of the map. The latter of which doesn’t dawdle in its opportune moments — disappearing rather quickly if a player isn’t quick to capitalize. So too, the way particular routes and avenues in-between can get blocked off, unpredictable sub-bosses showing up to tackle before one can resume pressing forth. The game doesn’t always flow as smoothly as one would expect, particularly when the player is thrust into such split-second decisions. Ways cleared of foes, seeming to take a couple more seconds for the game to process that said road-block shouldn’t be present anymore. But overall, while there isn’t much on the surface to suggest this is a radical alternative or overthrowing of conventions, the simpler moment-to-moment gameplay remains just as satisfying to indulge one’s self with. 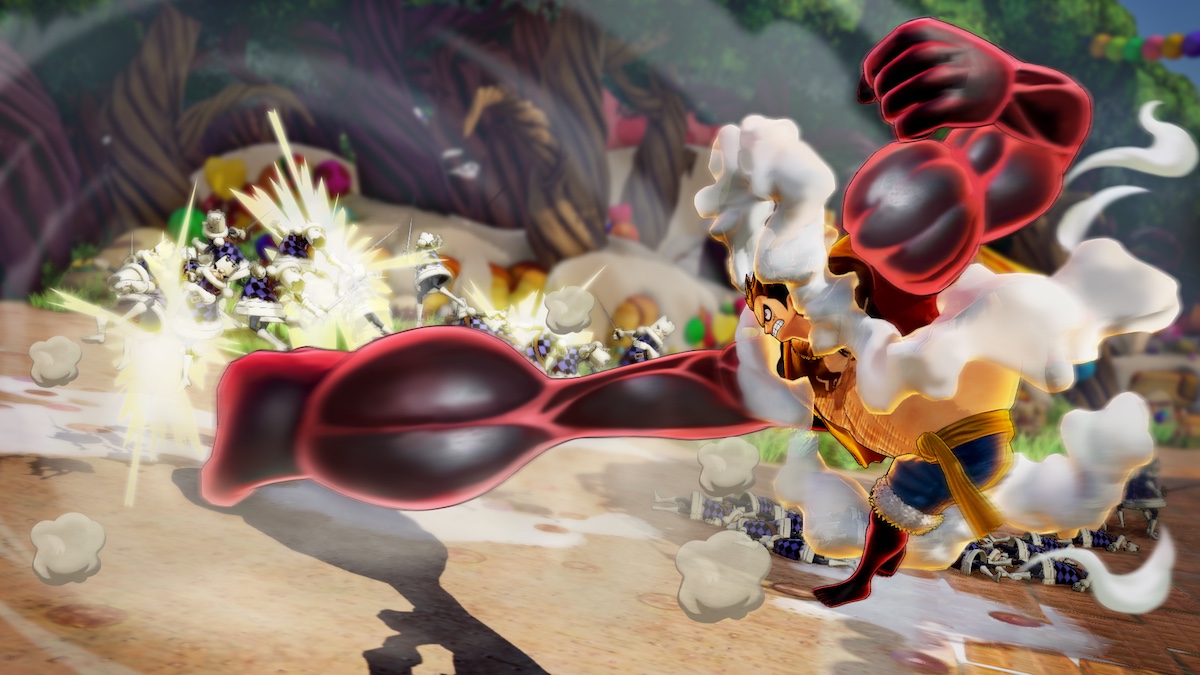 Perhaps that indulgence with its material — in bringing the manga’s lengthy history together — is where Pirate Warriors 4’s main hook will reside. No matter your affiliation with this specific Toei Animation property (and there’s still the worry that Toei themselves, in their conserved, overly-protective state, will limit how far and wide the series’ representation will span), it’s still odd to peer into one of the game’s possible scenarios in picking a character whom looms over the battlefield — taking the Musou’s concept of ridiculous action to new heights…literally. Where most scenarios across all Warriors-likes have you controlling a character of relative height and size compared to the environment, Pirate Warriors 4 also has the option to control those that tower countless feet. Adding a further layer of non-sensical, hack-and-slash combat atop the already-ludicrous hack-and-slash template.

But maybe that’s the kind of direction these particular adaptations have going for them: the lengths they’ll go to so as to indulge in the IP at their disposal. While other spin-off efforts in the past — namely when the Dynasty Warriors formula invites even the likes of Nintendo properties into the fold — have been mixed when it comes to the flexibility of their content and character roster alike, maybe the one thing One Piece has going for it is in its lack of shying away from the series’ [even] more ridiculous ventures, past and present alike. On the gameplay front, the extravagant Musou spectacle might not initially be that different or altered as dramatically, but while there’s no sign of an open-world (perhaps thankfully, by some people’s recollect) Pirate Warriors 4 does look to continue the enjoyable-enough attraction that blasting away thousands of voluntary foes delivers with ridiculous, yet charming, ease.