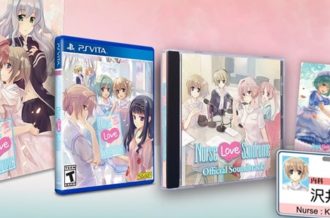 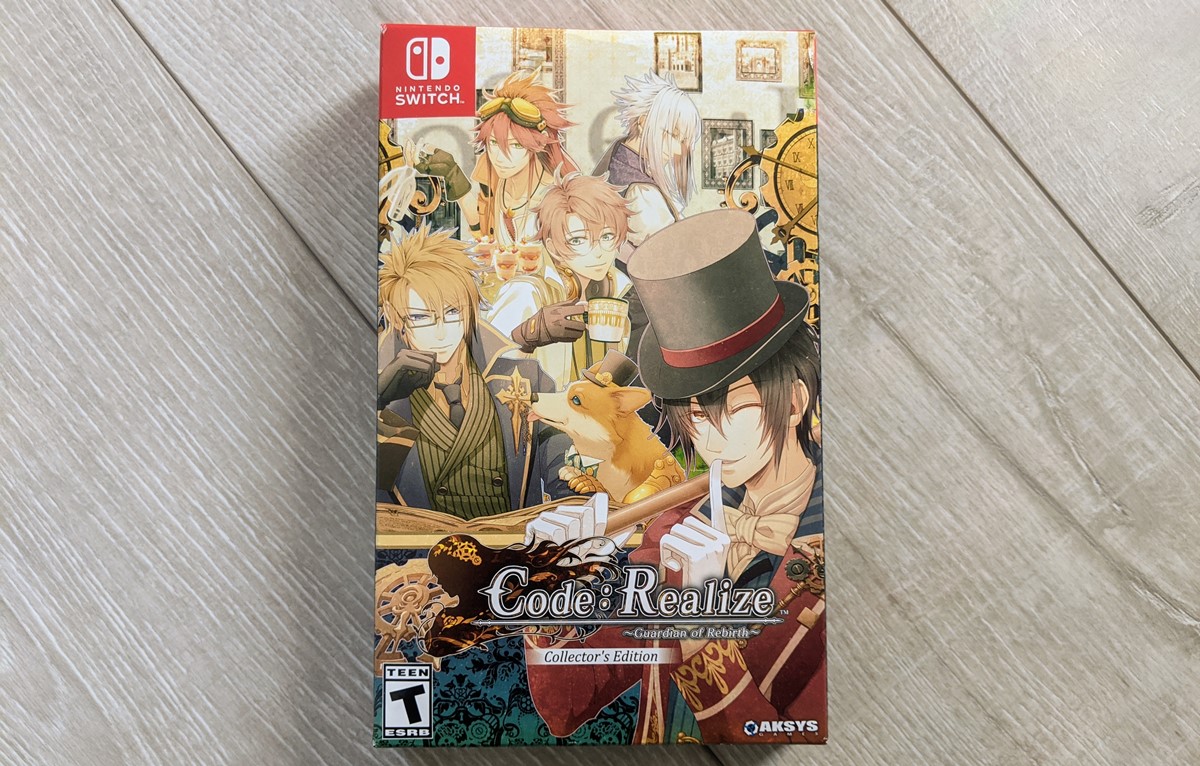 Aksys Games is known for releasing otome visual novels and often provides a limited edition to go with them. The nature of the goodies included within are often quite different from one another, but still fun for fans of the games. Their latest special package is the Code: Realize ~Guardian of Rebirth~ Collector’s Edition release on Nintendo Switch. Unlike other editions, this set costs basically the same price as a new Switch game. As such, don’t expect a massive treasure trove of amazing items to be included at such a price point.

Included within the Code: Realize ~Guardian of Rebirth~ Collector’s Edition are the following items: a physical copy of the cartridge in a Switch game case, soundtrack CD, sixty page artbook and acrylic keychain. These are all housed within a cardboard outer box that is both taller and wider than a Switch case. Everything is housed snugly within the box thanks to a small cardboard flap keeping the items from shifting around. It’s simple package and less exciting when compared to previous Aksys Games editions such as the Code: Realize ~Future Blessings~ and Code: Realize Wintertide Miracles limited editions. 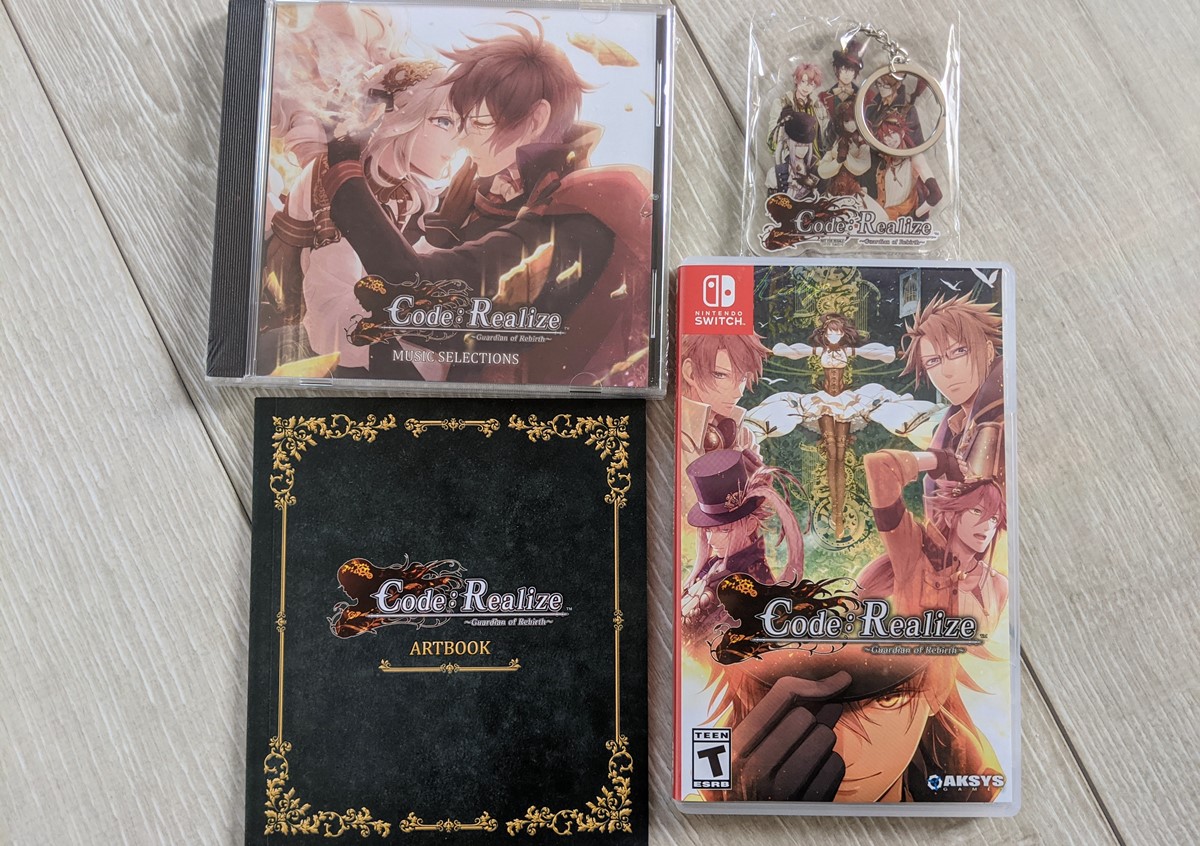 The artbook is the most underwhelming goodie of the pack. Included artbooks are often rather small, but in this case it’s especially tiny. The softcover book looks more like an instruction booklet at first blush. Approximately only a third of the pages are in color. The rest are in black and white, which is not something you ever desire to see from an artbook. Included within are some character profiles, key art illustrations, background art and the like. The paper used again feels closer to an instruction booklet than anything else. Of course, in an era where instruction manuals no longer exist, this might be a difficult comparison for some gamers to relate to.

Code: Realize ~Guardian of Rebirth~ Music Selections CD fares better. It’s not the entire soundtrack, but it does include great songs (to be fair, the entire soundtrack is excellent). The jewel case and packaging, however, is seriously barebones. The cover insert features Code: Realize artwork but that’s it. The back of the jewel case is entirely bare plastic. At least it’s a regular-sized jewel case and not a slim case or, even worse, a cardboard sleeve. 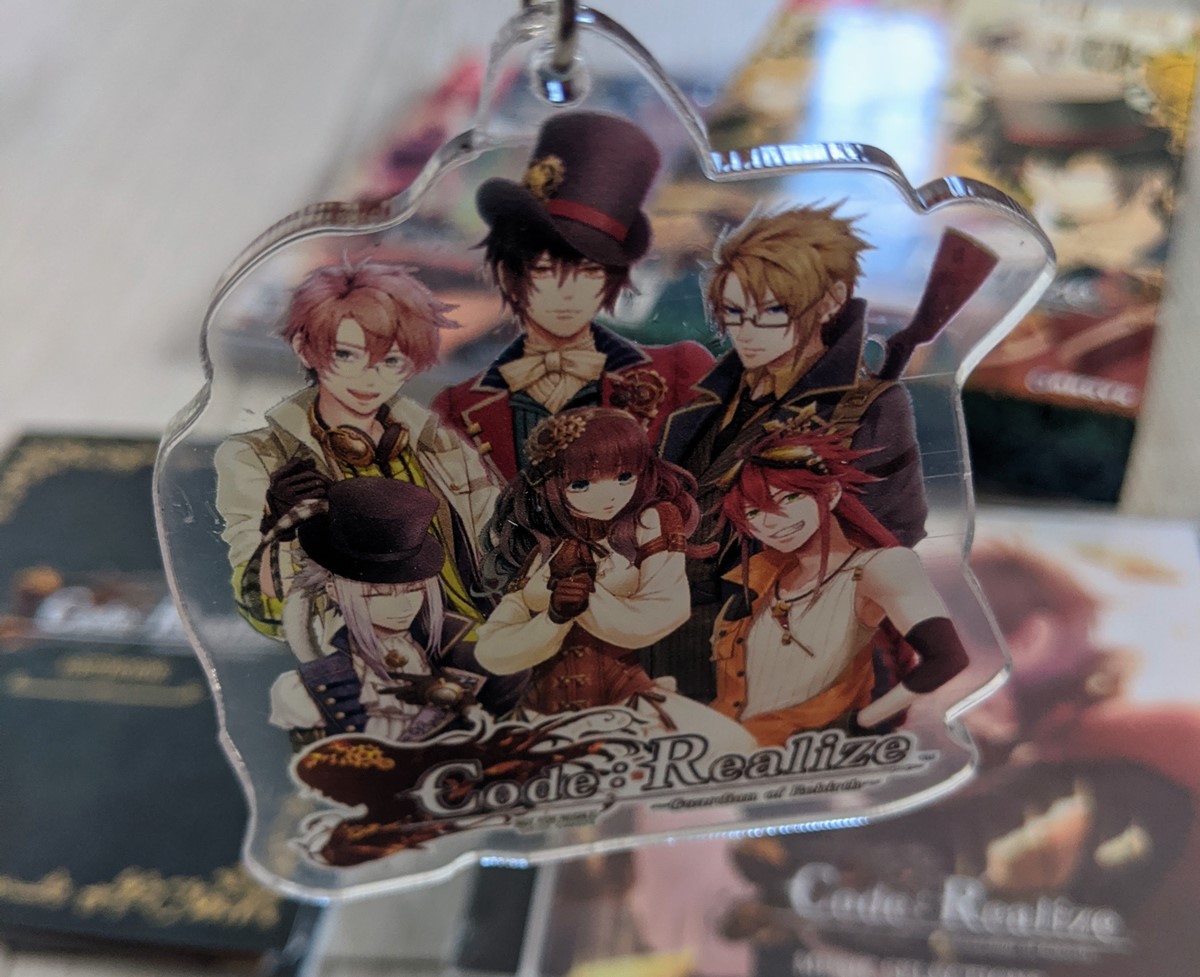 Finally, there’s the acrylic keychain. Measuring in at three inches, it’s big enough to feature artwork of the main cast of Code: Realize, but small enough to accessorize a backpack or purse. One odd design choice is that the art is only printed on one side. These types of keychains are always annoying as accessories because half the time they won’t even be displaying their artwork to onlookers due to being flipped the wrong way.

All in all, the package is not mind-blowing, but they are nice bonuses given the asking price. The Code: Realize ~Guardian of Rebirth~ Collector’s Edition costs $60 — the same price as a new Switch game without any tangible extras. The set is still available officially from Aksys Games and on other stores online. With that said, perhaps that’s too much money for some to spend on a Switch re-release missing the extra fandisc content. The standard edition of the game is available at a cheaper $40 physically.