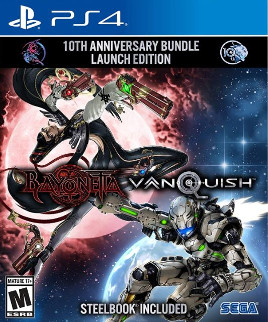 With so many games that are worth playing being released every year it’s impossible to play every game that looks enticing and sometimes a few gems slip through the cracks. PlatinumGames has been behind some highly-acclaimed recent games such as NieR: Automata and Astral Chain but their library of great games extends back much further. For those who missed them on the original launch or want to revisit some old favorites, Sega is re-releasing two classic titles from this developer: the 2009 Bayonetta and the 2010 Vanquish. These titles have been giving an update for the current generation of consoles to run in 4K with 60 FPS.

Vanquish and Bayonetta appear to be very different from each other but both feature some similar gameplay mechanics peppered with Devil May Cry inspired stylish combat. The thematic elements and sci fi versus dark fantasy settings give them a different overall feel but the similarities are enough where if you’re a fan of one of these its likely you’ll enjoy the other. Fast-paced third-person shooting action combined with interesting worlds and impressive boss fights are prominent in both titles. In short, while despite being different games in different worlds there’s enough shared DNA where the pairing of these games makes perfect sense.

Bayonetta’s titular protagonist is a gun-slinging witch who is also able to use her hair for magical attacks and demon summoning. She begins the game awakening from being asleep for 500 years, and as one would expect after sleeping for so long, she has no memory of who she is or where she is. This is understandable as I have woken up after just a couple hours of sleep and had no idea where I was on at least one occasion, so amnesia after a few centuries seems reasonable. We soon learn she’s in the European city of Vigrid, and in a not so subtle nob to Dante’s Divine Comedy, she can travel between Paradiso, Purgatorio and Inferno. 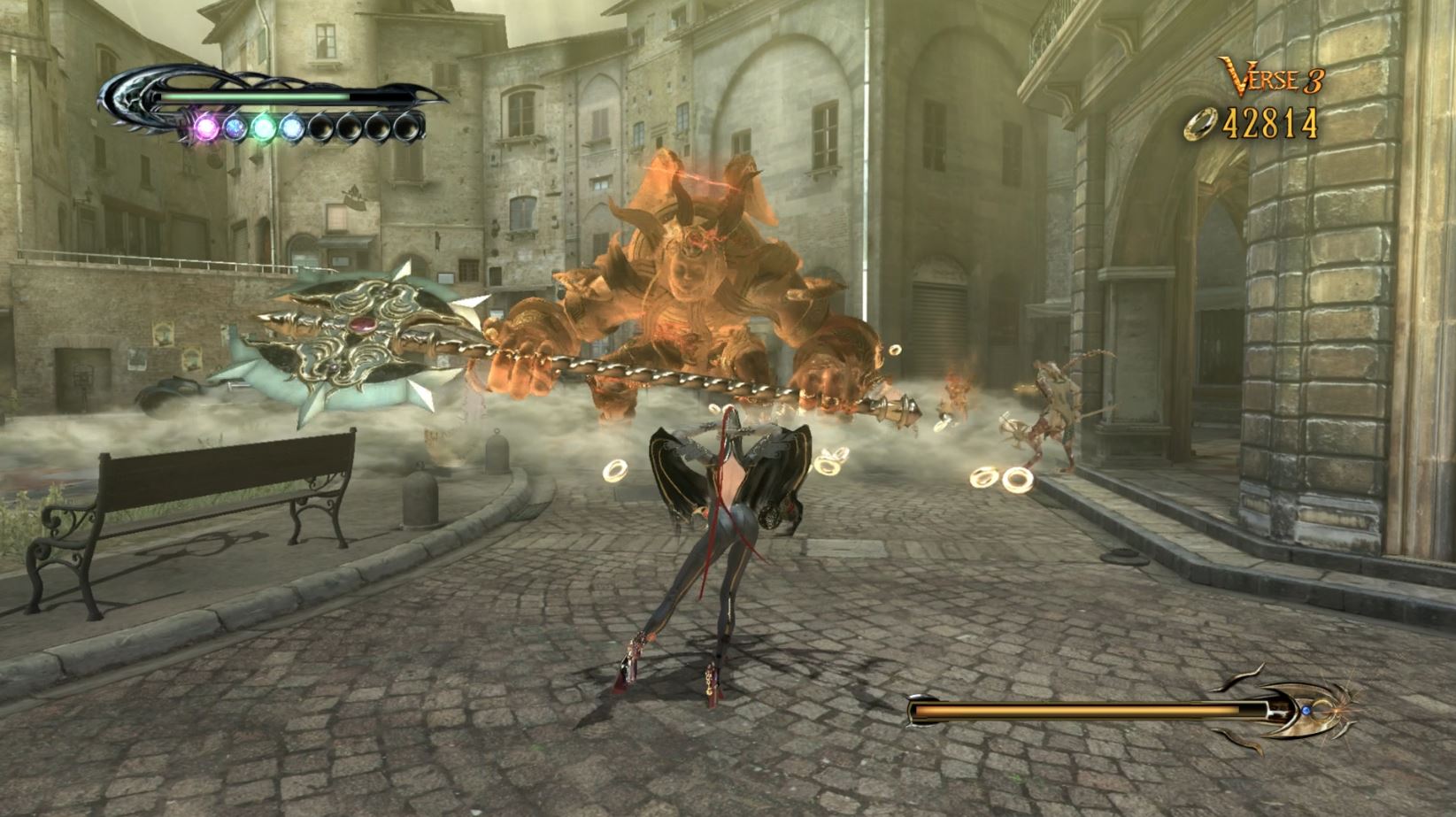 The overall feel of Bayonetta is hard to pigeon hole. The nods to mythology and religious themes along with the emphasis on style necessitate another reference to Devil May Cry as an obvious influence but there are enough differences to distinguish this title from its influences. Rodin runs a store called the Gates of Hell where Bayonetta can purchase weapons and techniques. His appearance appears to be influenced by Mike Tyson, yet these sequences with their take on jazz music help give Bayonetta a bit of a film noire feel. One of the first NPCs introduced in the game is another nod to cinematic criminals and that’s a chap named Enzo who is a shameless Joe Pesci impersonator and also an indication that this isn’t a game that takes itself too seriously.

The style of Bayonetta gives it a distinguished identity but it’s really worth picking up because of how fun it is. Bayonetta’s guns seem to be her main weapon, but her various melee attacks and special torment attacks add some over the top ridiculousness to battle. Never before do I recall making a guillotine conveniently appear in the middle of battle of after Bayonetta this is a feature that needs to become more common. Stylish and satisfying combat are a huge part of this game, whether it’s fighting a horde of angelic attackers or taking on one of the larger than life bosses. Running up walls and slowing down time are some of the other Umbra Witch powers that make exploring Vigrid more exciting. 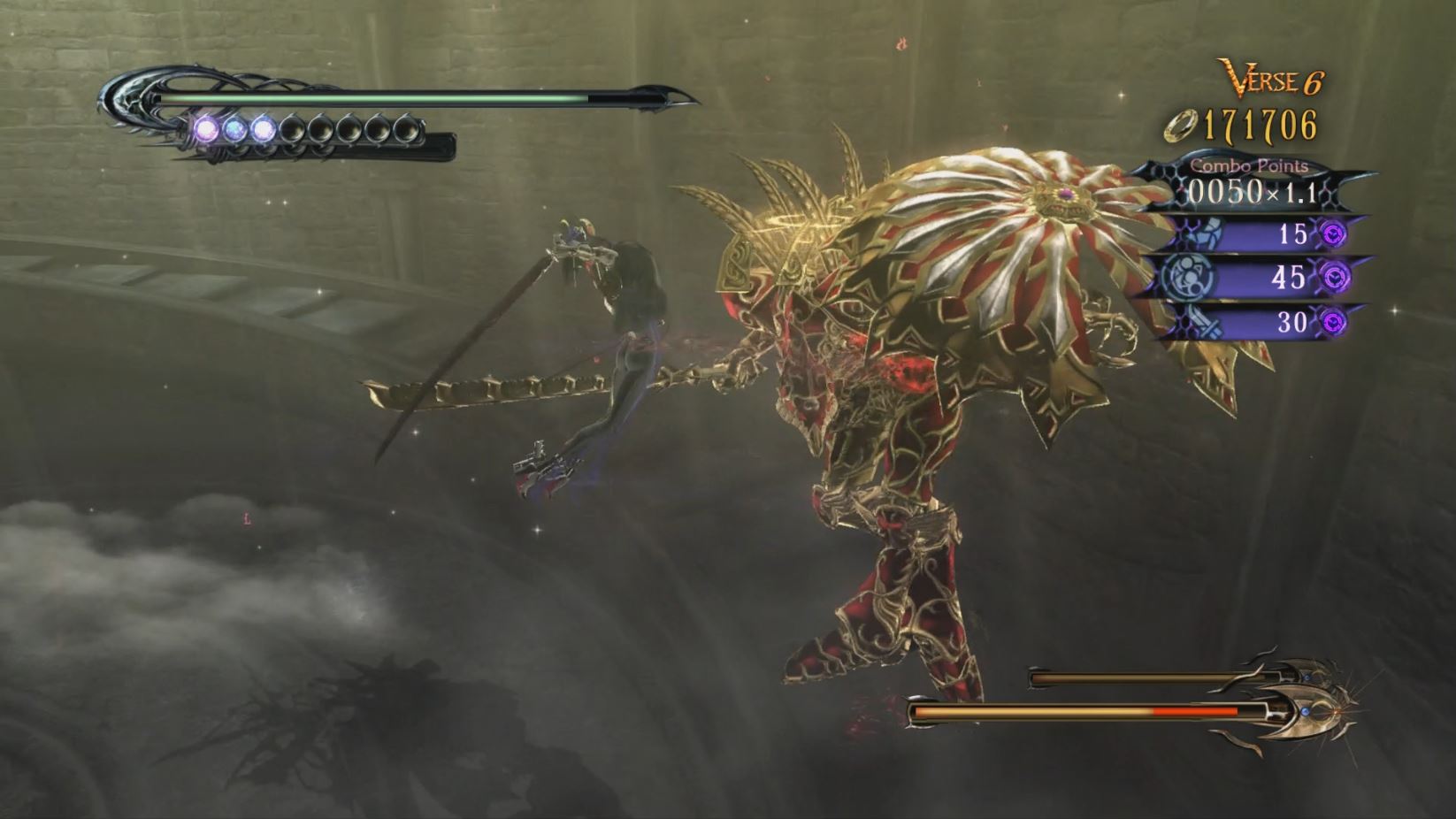 As a contrast to the mythological world of Bayonetta, Vanquish is more connected to the real world. In an attempt to deal with the problem of over population the United States launches a space colony called SC-01 Providence. This seems like a viable solution until the Order of the Russian Star hijacks the space station and uses its microwave transmitter to microwave San Francisco. Having vaporized one major city, the mouthpiece of the Russian Star known as Victor Zaitsev starts making demands for US surrender or New York will be next. Never being a country to negotiate with terrorists, the US government prepares an attack against the Order of the Russian Star. This assault team includes protagonist Sam Gideon, a DARPA soldier equipped with an Augmented Reaction Suit equipped with a Battlefield Logic Adaptable Electronic Weapon System (BLADE) which can scan weapons and transform into them.

The gameplay of Vanquish is similar to Bayonetta. The difference is instead of magic hair and demons, Gideon has a bunch of guns fighting Russian soldiers in robots in space. There are frequent cutscenes in between the action that give Vanquish the feel of an ’80s action movie with fast-paced explosive action and equally over the top cheesy dialog. The story is interesting enough to progress the game but isn’t anything special or memorable. The real reason to play Vanquish is for the the actual gameplay. It plays like other third-person shooters with tactical use of cover but the overall gameplay is at a much quicker pace. Despite being in a big mechanical suit Gideon is light on his feet and agile, which makes taking down the giant boss battles more enjoyable and satisfying. The speed is a double edged sword as Vanquish can be completed in roughly six hours, or half the time as Bayonetta. While short, it’s a fun ride.

These two titles are available separately for digital download or together at a discount in the Bayonetta & Vanquish 10th Anniversary Bundle that is available both digitally and as a physical release, which happens to come with an attractive steelbook case. The 4K upgrade revitalizes the visuals of these decade-old titles, making the last-gen character and environment models look more fitting to the current console generation. On the PlayStation 4 Pro both games kept up the 60 FPS with no hiccups during the review process. 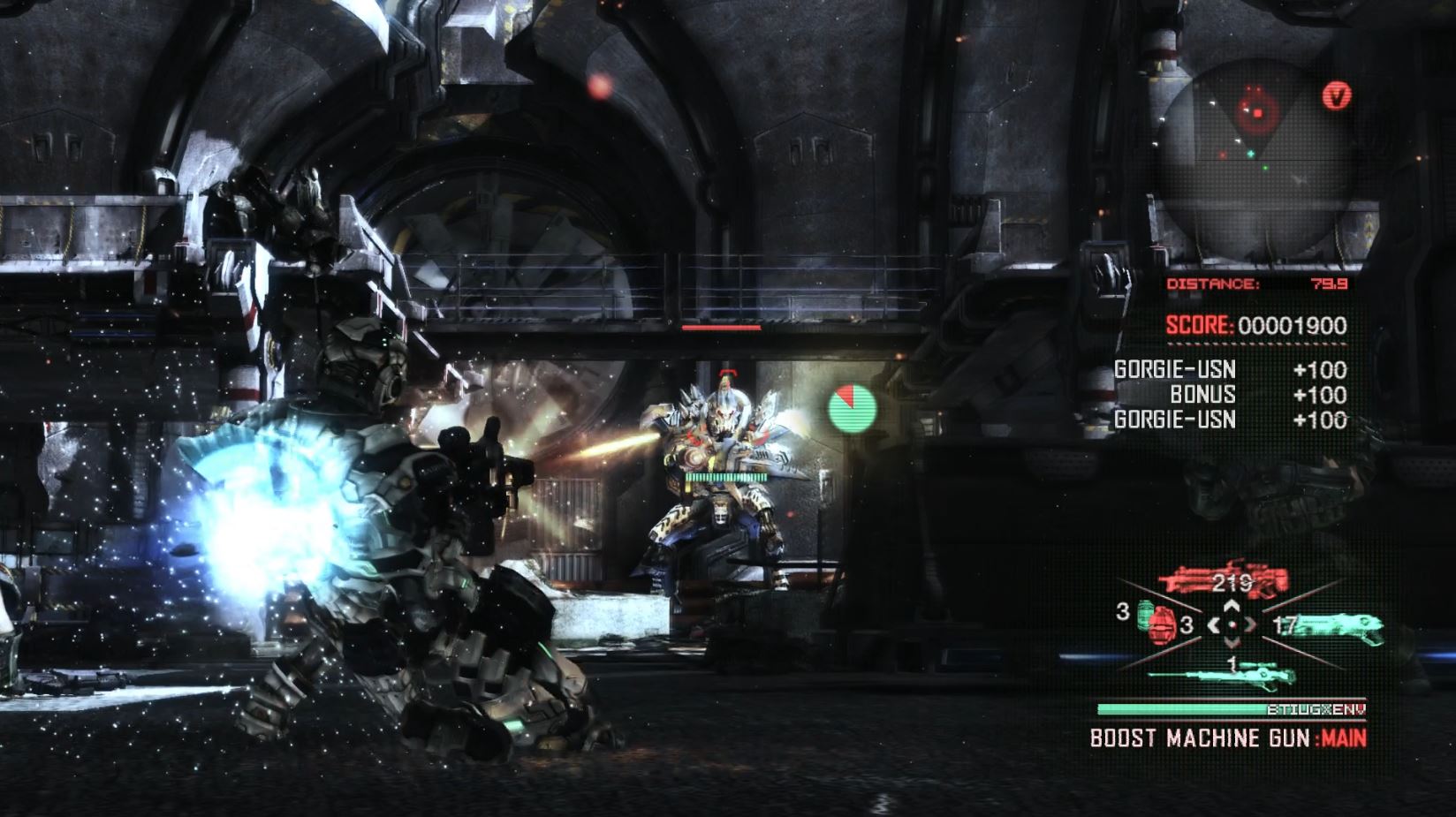 Both games featured in Bayonetta & Vanquish 10th Anniversary Bundle hold up well a decade after their original release. Aside from the visual upgrade nothing seems to be changed with the games but there wasn’t anything that needed to be changed. Both titles have great visuals and combat mechanics, and while neither game is incredibly long, they fit the bill for quality of gameplay over quantity. Fans of the newer PlatinumGames titles that missed these games during their original release owe it to themselves to check out these re-releases as they offer some of the best action combat from the previous console generation.