Four years later, Doom 2016 remains as thrilling an experience as ever. id Software’s reboot of the storied franchise focused on tense, fast-paced battles as players moved the Doom Slayer through intricately-designed arenas. The weapons were awesome, the chainsaw devastating and the glory kills visceral. Those glory kills provided fast, animated finishers that kept the game moving. They also served as resource drops with enemies frequently dropping health and sometimes ammo. Essentially, glory kills were an easy way to recover when death got too close. These moments return in Doom Eternal, but id Software has reinvented them to be more strategic.

As we noted at E3 2019, Doom Eternal places a higher emphasis on resource management. Glory kills return in Doom Eternal, as do health and armor pick-ups, but id’s latest game wants players to utilize a wider array of tools to escape danger. There are more ways to perform glory kills and each way offers up a different, useful resource. 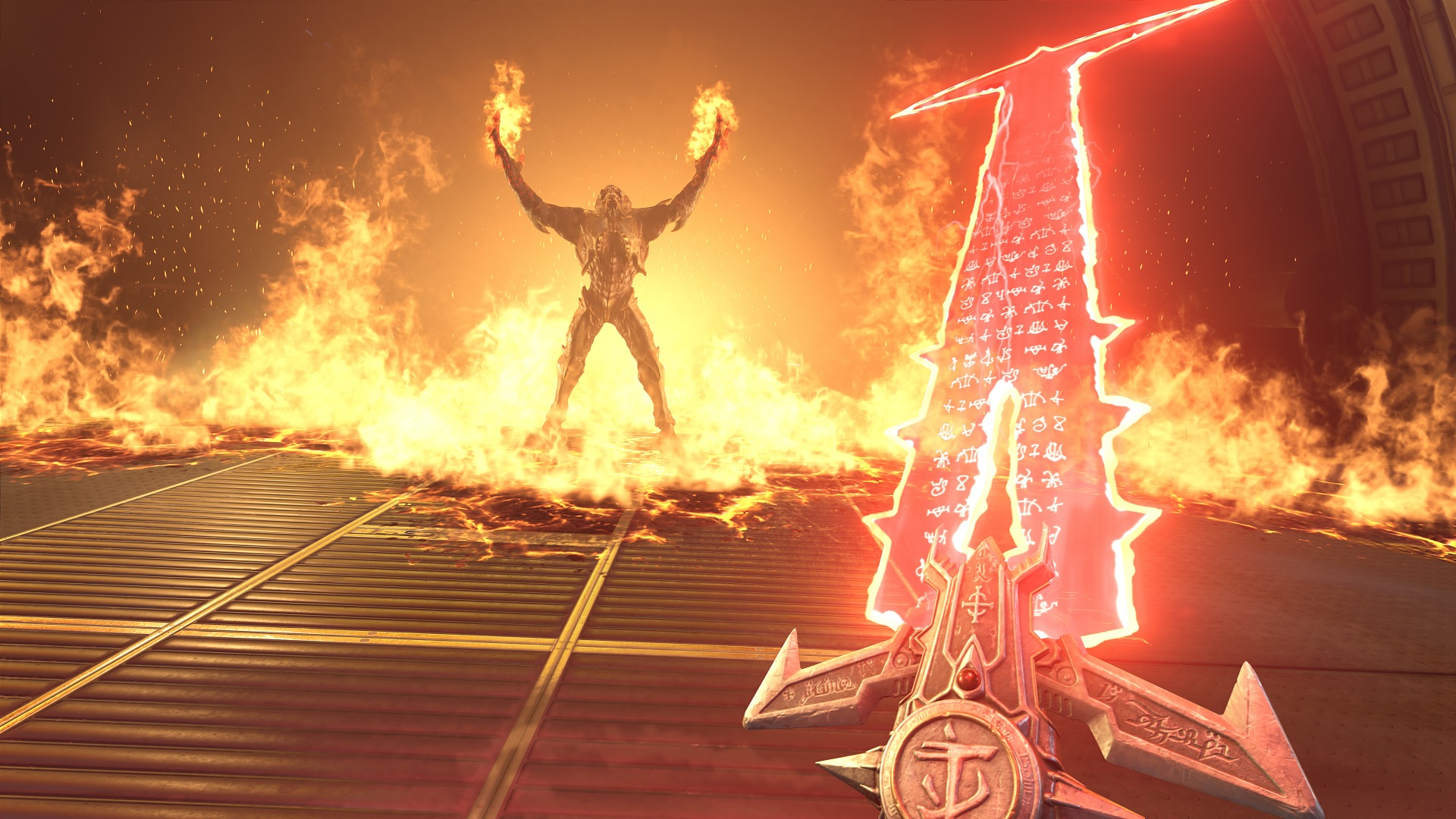 Of course, the traditional glory kill returns. Once an enemy has soaked up enough bullets, they’ll start to flash. At that point the Doom Slayer can execute a glory kill with his hands or by whipping out his deadly wrist-blade. As with the original game, executing a glory kill rewards players with some health drops.

Glory kills themselves serve as a resource of sorts. Performing glory kills fuels the Doom Slayer’s ‘Blood Punch.’ When fully filled, players can unleash a ferocious punch that unleashes damage in front of the player. It’s going to be a handy tool for getting out of tough situations. 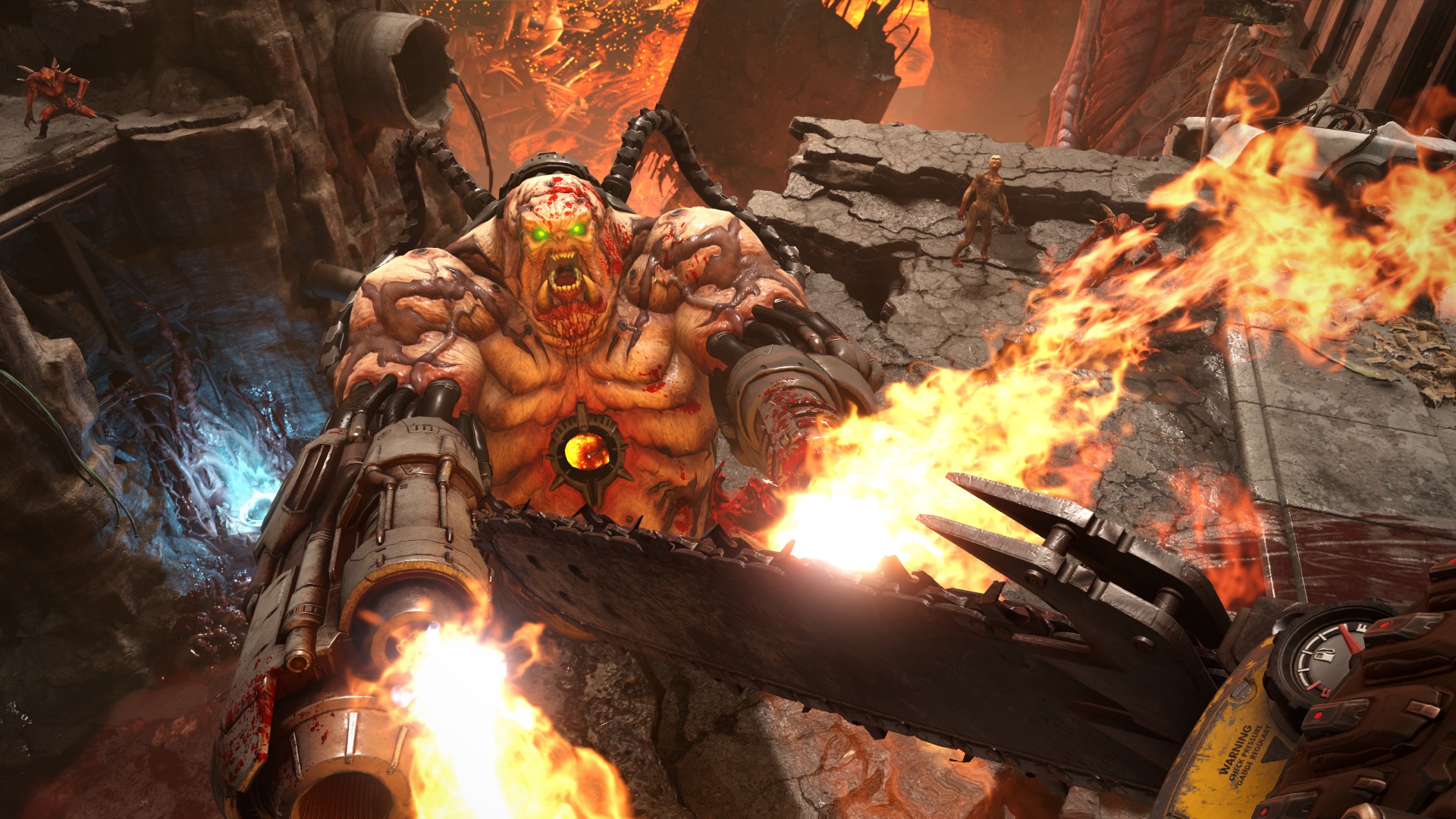 Like Doom 2016, ammo dumps are tied to the chainsaw, which takes on a more prominent role in the sequel. While the previous title made gas for the chainsaw an infrequent drop, Doom Eternal appears to make it more widely available. The Doom Slayer has all these fantastical weapons, so why shouldn’t he frequently have a means of replenishing their ammo reserves.

Finally, Doom Eternal gives players a chance to earn something they couldn’t in Doom 2016, armor. While players could grab armor via static pick-ups on the map, there was no way to actually earn armor through glory kills. Doom Eternal changes that with the new flamethrower, which serves as its own form of glory kill. Instead of ripping demons apart, the Doom Slayer merely incinerates them, resulting in valuable armor pickups.

Glory kills, Blood Punches, the chainsaw and flamethrower come together to give players everything they need to succeed on the battlefield. By using them all, you get health, ammo, armor and a crowd-clearing attack. Why do you need all these options? Because Doom Eternal intends on putting players through their paces. 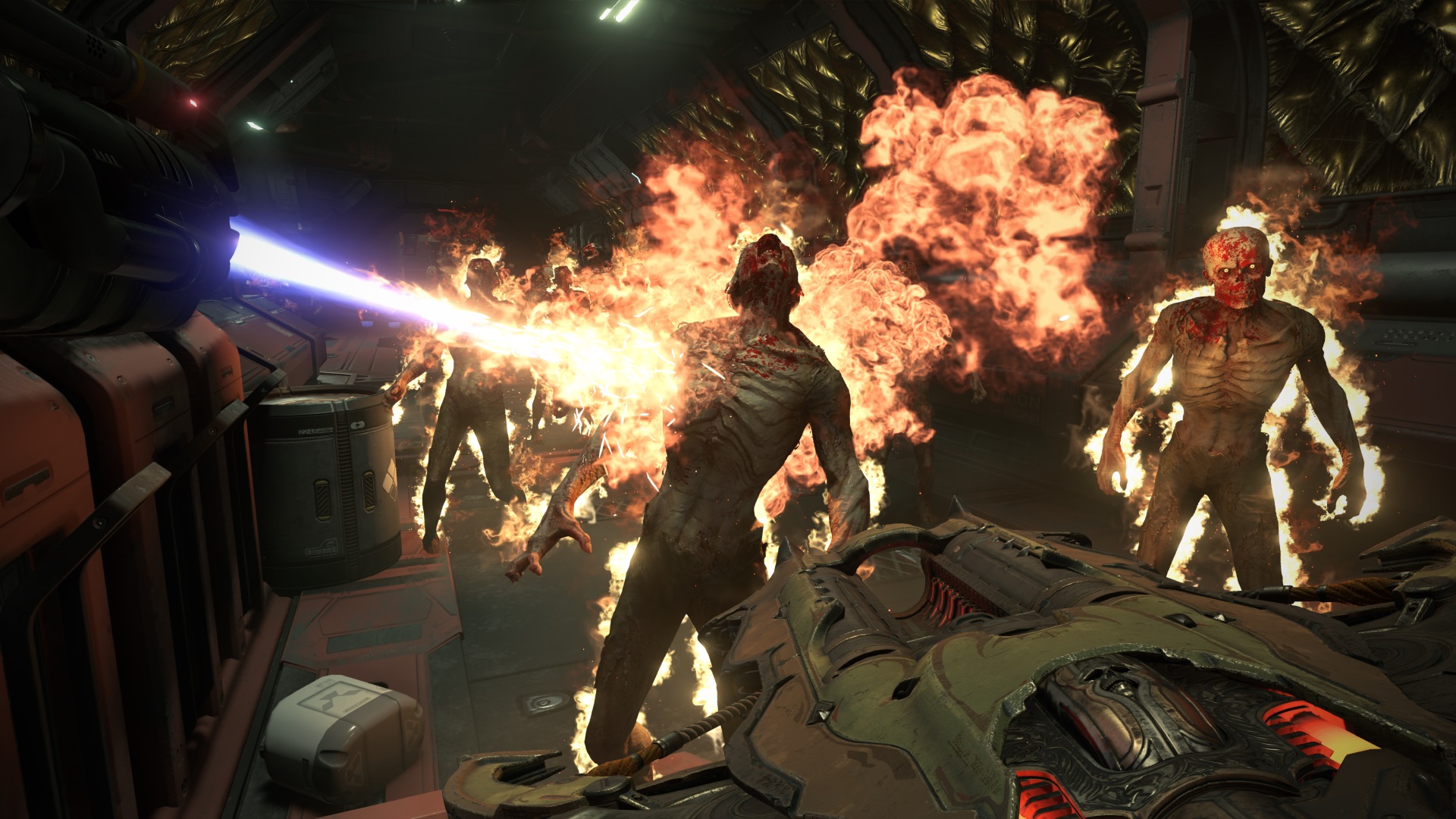 Even during our short time with the game so far, it’s clear that Doom Eternal is no slouch. It’s combat arenas are stacked to the brim with all sorts of demons. From low-level Imps to powerful Arachnotrons, Doom Eternal isn’t shy about throwing powerful enemies at you. The enhanced glory kill system isn’t just for showing off impressive death animations, but a means to keep you alive. Whether you need more health, ammo, armor or a means to escape enemies, the new system is there to help. If you want to make it out alive, you’ll need to find strategic ways to utilize all your tools to help you finish the job.

Thankfully, players won’t have to wait much longer to see for themselves how the new glory kill system opens new strategies. After a multi-month delay, Doom Eternal is finally launching in a month. Get ready to unleash hell on those invading demons.

Doom Eternal is out March 20 on PS4, Xbox One, PC and Stadia.