We have covered RetroMania Wrestling extensively since its first announcements, and we’re inching closer to the game’s release. The official sequel to the legendary Wrestlefest features that game’s boss team, the Road Warriors/Legion of Doom alongside a slew of current and classic wrestlers. Memphis legend Austin Idol is showcased alongside ECW, WWE, TNA, and House of Hardcore owner Tommy Dreamer. Modern acts like Zack Sabre Jr., NWA Worlds Champion Nick Aldis, and Colt Cabana will be available for play along with the fan-picked WARHORSE, who shall rule all manner of retro ass.

WWE signee John Morrison joined the roster before rejoining WWE and will be in as Johnny Retro, too – offering a wide array of wrestling styles to play through. The game will be launching on all consoles – but is available to pre-order now on Switch and PC via Steam. The normal price will be $29.99, but early birds can get a $5 discount. When it comes to consoles, Switch owners are in for a treat as they can spend $29.99 and get the Digital Download Plus version with a download code alongside a physical case with no game card, an NES-inspired manual and stickers for the game. PC users can get the same perks with the Digital Download Plus version on that platform as well. PS4 and Xbox One versions will come in that form down the line – but the exact date isn’t known just yet. RetroMania Wrestling is set for a July 2020 release across all platforms, and looks like a must buy for anyone who wants an arcade-style pro wrestling experience. 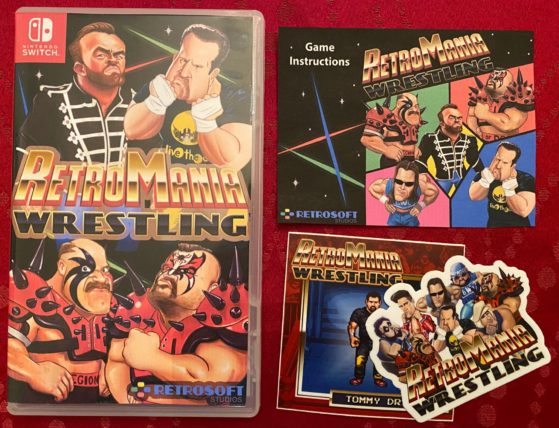