Temtem has been in early access for about a month after a short period in beta, and today, its developer Crema and publisher Humble Bundle have announced a content roadmap for the game. If anyone has ever imagined a Pokemon-style game as an MMORPG, then that gives you a rough idea of what this is. The roadmap goes into content plans for the rest of 2020. The spring brings ranked matchmaking, a spectator mode, and will also feature in-game chat with chat bubbles and club management.

The summer will bring 25 new Temtem alongside a new island named Kisiwa, and will bring climbing gear and player housing to add to the world-building. The fall of 2020 brings yet another new island in Cipanku alongside a mythical Temtem, in-game tourneys, diaries for quests and achievements. Temtem is available now via Steam and Humble Bundle — and if you’re a Humble Choice member, you can save 20%. 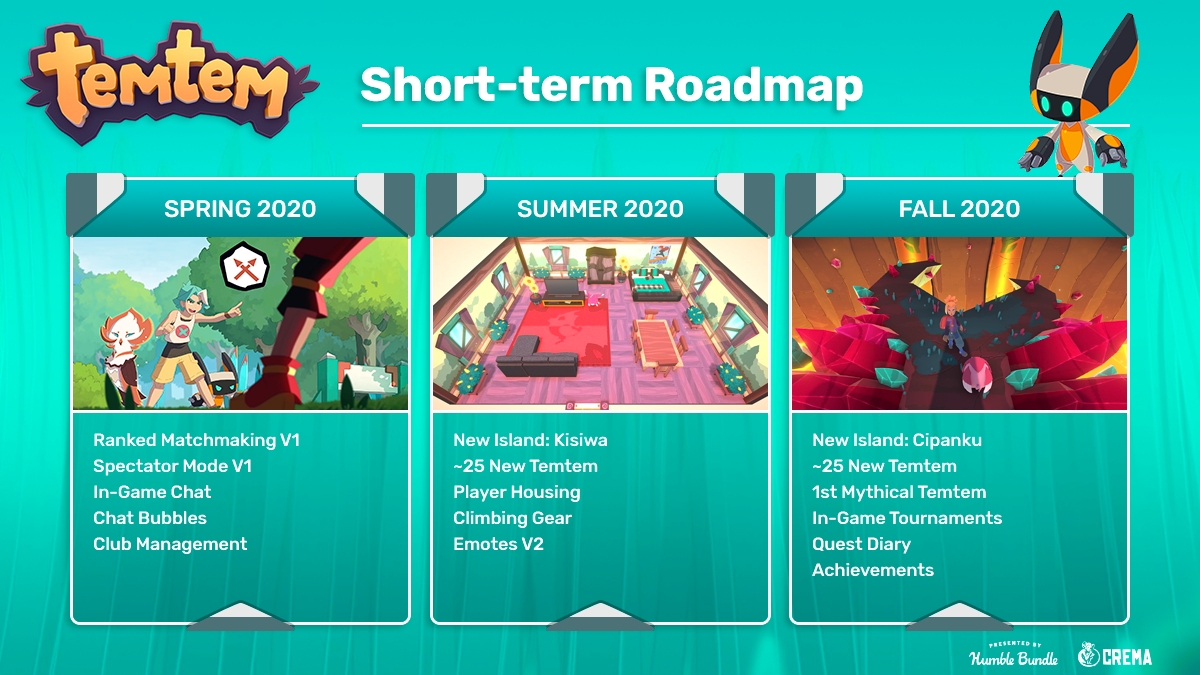