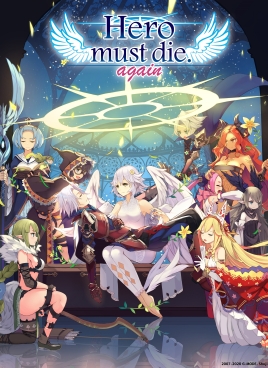 Hero Must Die Again is the latest JRPG-style game that has some fun with long-time tropes of the genre and deconstructs it a bit. We saw something similar two years ago with The Longest Five Minutes, which was an RPG that started with the final battle of a normal game and worked in reverse. Now we have a game where you start off beating the big bad — but lose your life and have to deal with the consequences. You’re brought back to life by an angel, but with a huge catch. You only have five days to find and save the woman you originally fought your enemy for. After that, you’ll be whisked into the afterlife permanently. This adds a layer of risk/reward to everything to you do and changes up the strategy for dungeons and town exploration in ways that help keep the well-worn genre staples fresh and new.

With a time limit, you have to make sure to rest to avoid getting overly fatigued and being in worse health as a result — but can’t rest all the time or else you won’t be able to fully explore the world. Small quests are given by townspeople that will usually be done during a dungeon and these usually net you things like new items or even party members. The game’s side-scrolling appearing beguiles the norm for the genre and evokes a bit of the early Tales games — only without real-time combat being used. The 2D dungeons stand out right away and allow Hero Must Die Again to feel completely different even with a similar format to battles. You have traditional turn-based affairs, but with a closer camera view than most and larger enemies to battle. It makes the hero’s quest to defy all odds that much more ominous when even in the early going you’re facing screen-filling foes who can wipe out party members in a few hits. The difficulty curve is gradual though and you’re always given a fair chance to win.

The biggest key to victory is to just make sure to rest between dungeons and minimize random battles by escaping if you’re getting run down. Not doing so ensures that your health will deplete faster and you’ll have to rely more on your allies to carry the load earlier than needed. The very nature of your re-death sentence ensures that you will want to fight as a team — and the earlier you do it, the better off you’ll be. Getting into a solid rhythm is the key to winning, and going in with an attack-heal-attack template can get you far while Hail Mary magic can help you in a pinch. 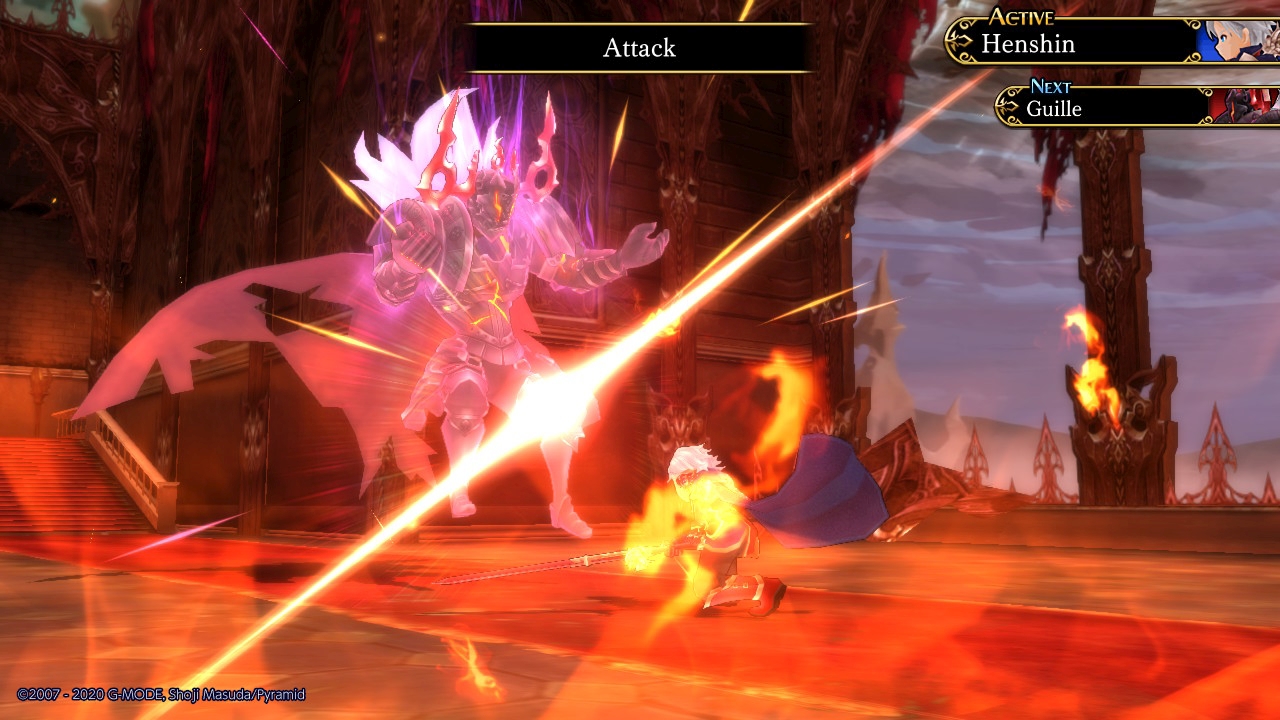 There’s nothing particularly incredible about the core battle system — but sometimes, it isn’t about reinventing the wheel, but just making sure you have a solidly-crafted one to get you where you need to go. Here, the battle system works and moves quickly. I never felt like battles were taking too long and any failures in combat could easily be remedied by either loading up on items or just changing up my strategy. Trial and error works really nicely at ensuring that you make mistakes, but learn from them and being able to save easily from the pause menu comes in handy.

The cast of characters is diverse and plays off of the hero’s plight well. Some lure him in with the promise of riches to make his journey easier and pay that off with loyalty, while others are out for profit and lie to his face to get him to do what he wants with what little time he has remaining. While the hero’s primary role is as a powerhouse, over time, others can be used for things like healing or magic, while some excel at hand to hand combat and can dole out higher damage with high-risk attacks. Combat is a lot of fun and even with dungeons not being the best laid-out ever, it never gets old.

The dungeons themselves have a sameness throughout them that hurts things. They’re somewhat linear, but have a lot of identical-looking sections like areas with two doorways side by side — so it can be tricky to find your way around even with a map. Those make it easier to find new areas, but not much easier than just searching for treasure chests to get loot. That comes in handy so you can avoid wasting money on items or weapons you won’t need and you can even get some just by attacking enemies from behind and having them drop things instead of fighting you, which helps keep things efficient. 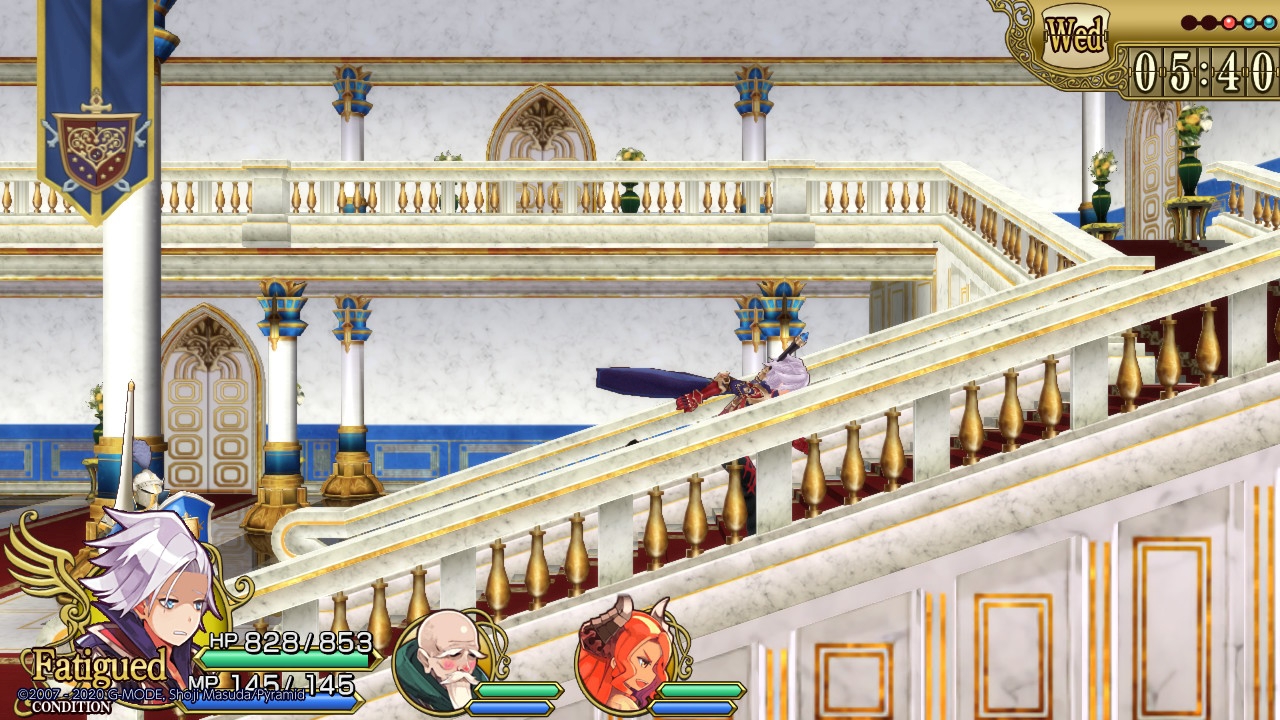 Visually, Hero Must Die Again looks solid. The character models look great for important NPCs and playable characters — but do suffer a bit when it comes to minor ones. There, you wind up with the endless clone syndrome that just looks odd to the eye. Otherwise, character animation is solid — with running and attacks all looking fluid. Environmental details are where things can fall apart, unfortunately. Textures look muddy on walls at times for things like lava and stone. Things look better when you get into more modern-looking environments that have storefronts. There you get things like crisp details and that goes double for areas like castles where you wind up with impressive reflection effects on the floor.

HMDA’s sound design is exceptional, with an enjoyable soundtrack and solid Japanese voiceover work alongside Japanese subtitles. The soundtrack runs the gamut from relaxing in towns to more action-packed when you’re in battle. It’s very much an anime-influenced OST and it works nicely, with the faster songs really getting your blood pumping. The voice actors all fit the characters, with a great deal of intensity for the hero character as he battles his own impending end and knows he must make the most of the time he has left. 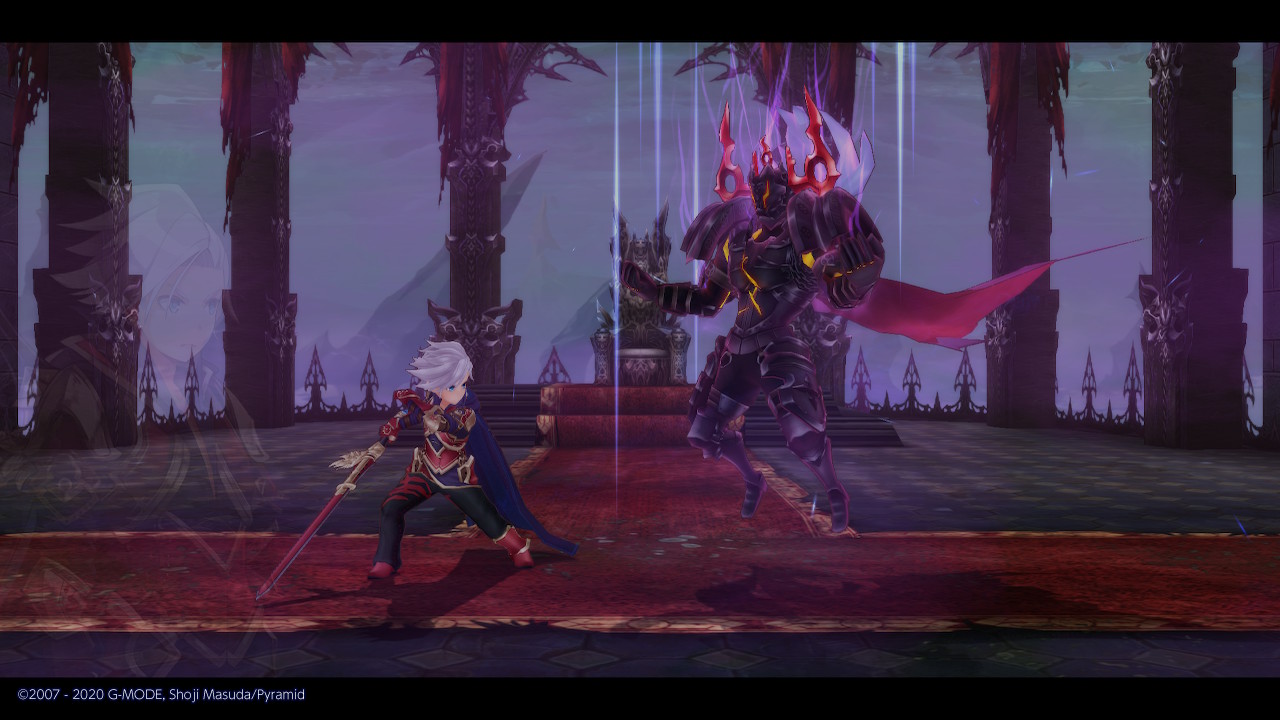 Hero Must Die Again is a well-crafted game with a unique concept. Starting off strong and becoming weaker over time forces you to think more than you usually do in a JRPG. It’s a challenging, but rewarding game with a fun and intuitive battle system. Your hand isn’t held and you will have to use your wits to make significant progress in an efficient manner — but it’s well-worth the sacrifice. It’s a bit hit or miss visually, but sounds great — with a multi-faceted OST that fits the anime-style visuals and faster-paced combat.