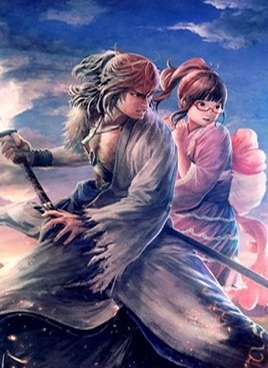 Katana Kami: A Way of the Samurai Story

Since 2002, the Way of the Samurai series has delivered some rock-solid swordplay with a narrative-heavy approach. It has been dormant for many years, with the last mainline entry being released in 2012, with a PC release hitting three years later. These games were 3D, while Katana Kami changes things up with an overhead viewpoint. Since day one, it’s been a blend of serious stories being told in ridiculous ways — a bit like the Yakuza series in that regard — but now the shift in viewpoint has led to things being mixed up a bit. Instead of slicing and dicing enemies throughout a larger world, things are more compact and take the series into a more dungeon-crawling style than outright action.

The story is taken more seriously here than prior games — so while things are still a bit absurd, you won’t be battling waves of sumo thong-wearing baddies anytime soon in this adventure. Your self-named samurai is out to make the world a better place as he sees fit and you can tailor a bit of his personality with how you respond to questions from NPCs. If you want, you can choose to be kind and understanding or a complete jerk to anyone you encounter when given the chance. Generally though, you’re going to be leaning towards being nice-ish to everyone by default since the dialogue trees are limited.

Daylight sees you interact with more people and that’s when you’ll be stocking up on supplies, getting ready for your next dungeon run, and doing things like paying off a debt to help save someone you want to marry. In theory, this kind of end goal would result in things getting kind of grindy — but Katana Kami helps mitigate that by allowing you to take on side quests that do a bit more to change up the setting and help prevent things from getting old quickly. Your have a lot of different sword types and upgrades to use and those can allow you to invoke different kinds of attack strategies while still keeping things within the hack ‘n slash realm. 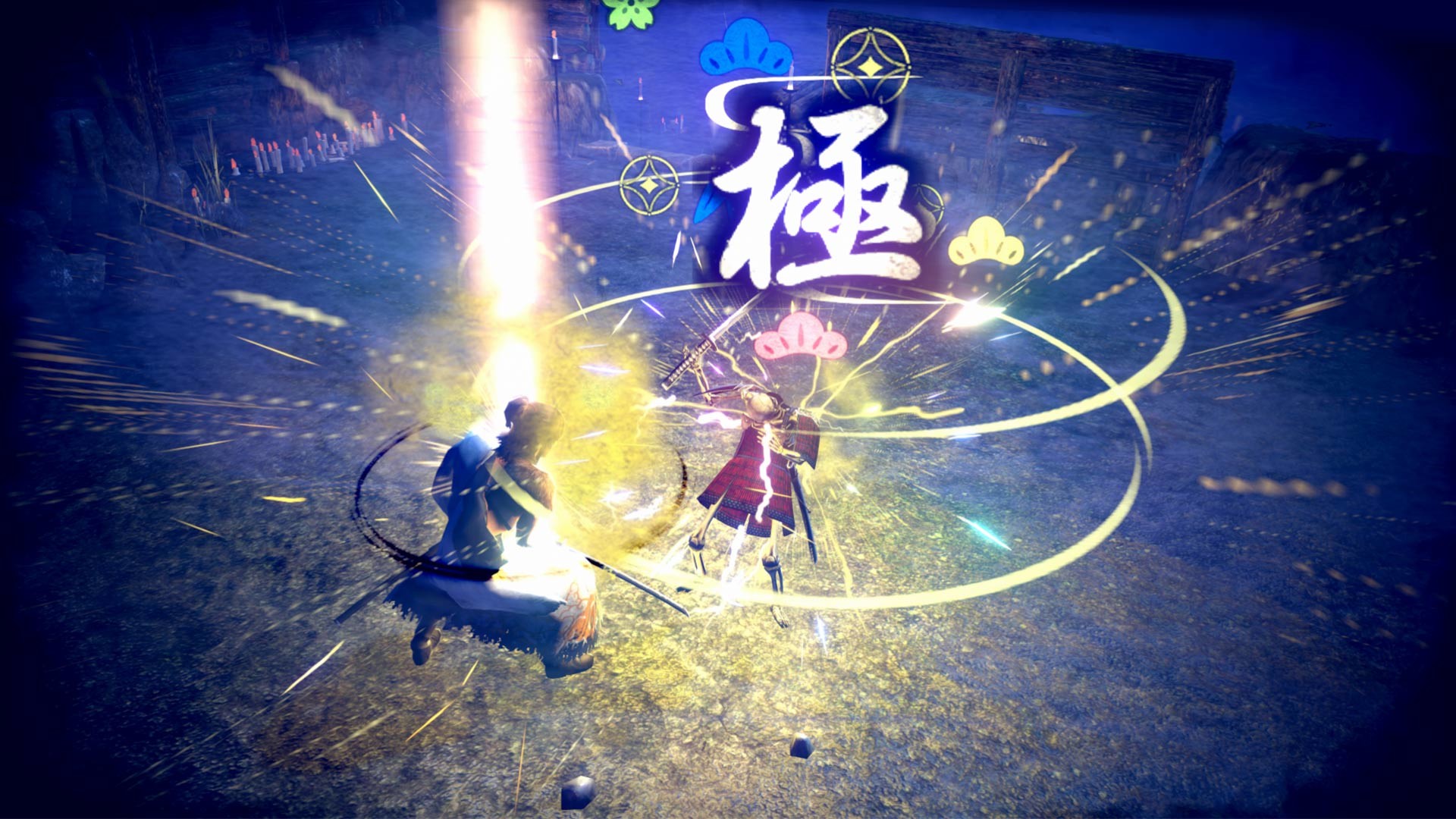 This approach makes the game less of a brawler with a sword and more of a Diablo-style game with a set structure in place. Night sees you go into battle in dungeons with several floors of foes to fight. Toppling them enables a boss battle and properly trouncing all of your foes rewards you with goodies. The dungeons themselves are randomly-generated — so things feel fresh every time out. There’s a much greater self of the world here thanks to the usage of a more realistic setting, whereas many games in the genre use a fantasy-based setting that is less rooted in reality.

There’s a rogue-lite element to things with a touch of risk/reward thrown in. Dying in dungeons has you lose all of your items, and if you store your items with a blacksmith during the day, you can minimize the damage done if you happen to die. Leaving allows you to keep the skills that you’ve learned — so doing that can prevent you from having to redo everything. Both death and leaving have their own penalties, but generally speaking, it’s better to live to fight another day than die and lose far more. Your pride may be bruised, but you’ll have an easier time through the game.

Katana Kami is tough, but fair and allows you to grind to get better or do so and improve your gear. Despite the gameplay loop having a definite pattern to it, it never gets old and is reminiscent of something like a classic 16-bit game where there may not be a tremendous amount to do, but what’s here is done so well that you’re never left feeling slighted. Having weak and strong attacks to use alongside a wide array of weapons over the course of the game helps things feel fresh. Having mid-dungeons areas to fix your equipment is a lifesaver too. 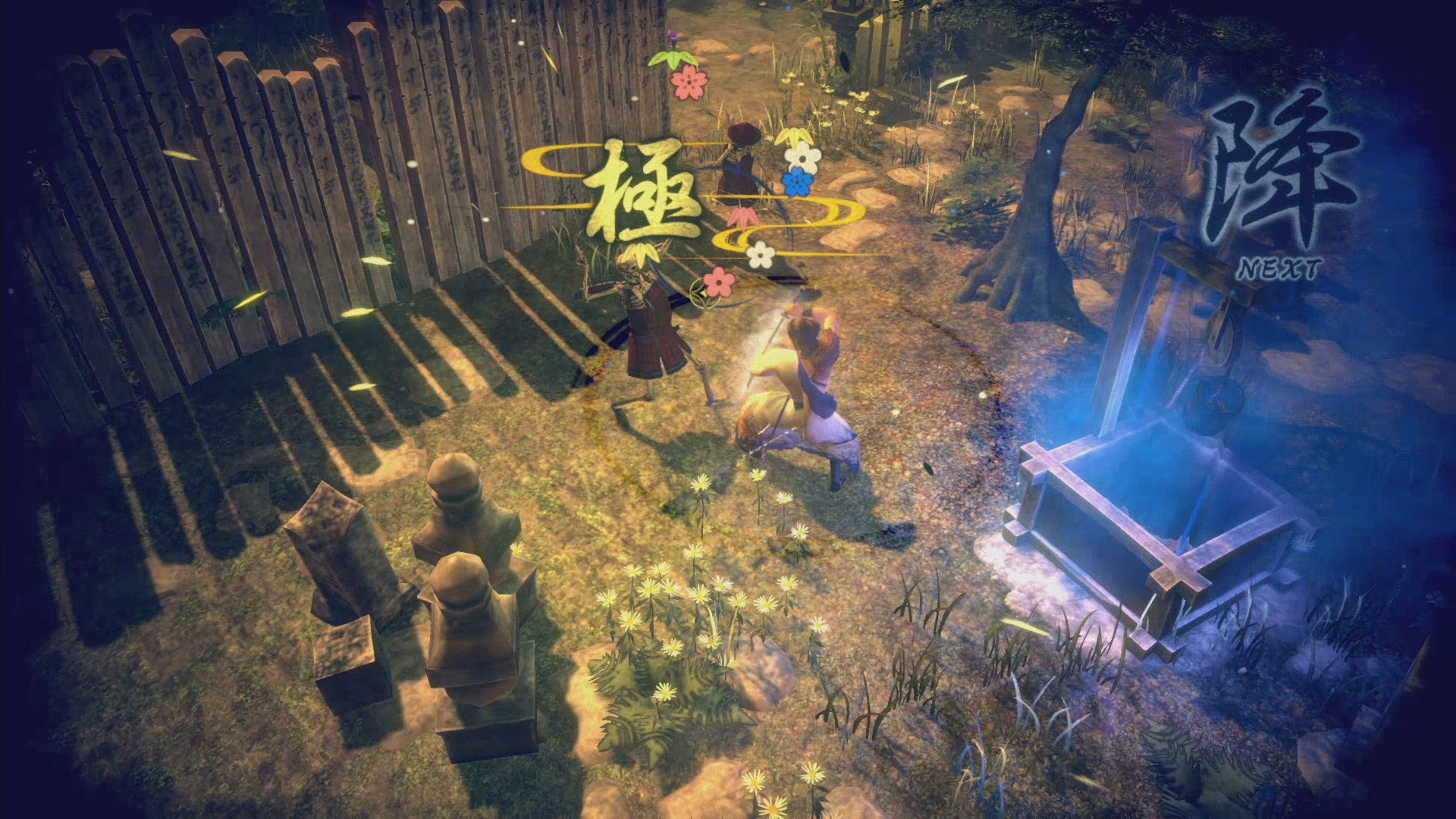 The biggest challenge from dungeons lies in the player’s own ego. You can get to an escape area where you’ll retain everything if you leave — or you can take a big risk and keep venturing deeper. This allows you to get more items and higher-end weapons, but at the expense of possibly either breaking your gear and not being able to get new gear from enemies or dying outright. If you have no weapon, you can still kick — but that will only allow you to beat lower-end enemies and slowly at that. Succeeding after going through a tough dungeon deeper than you have before is rewarding, but risky. If it pays off though, you’ll be able to make faster progress on the debt and have an easier time with the game as a whole.

The combat is key to success and having light and heavy attacks alongside swords of low, medium and high heights plays a part in everything. Properly picking the right-height sword for a particular area requires a bit of trial and error, and it’s wise to grab as many as you can from fallen enemies just in case you need them. Switching swords back and forth is smart too as it allows you to minimize damaging one sword too much and forces you to learn new kinds of swords faster. Parrying is great and properly-timing it allows you to not only block an attack, but immediately unleash death right away to help conserve not only your sword’s health, but your own.

Visually, Katana Kami looks solid — but has some rough edges. Running and sword-slicing animations are smooth, but not so robust as to take a lot of time. Character models also look solid, if unspectacular. The same holds true for environments, which have a lot of detail in them — but at least of that detail is muddy-looking to some degree even on PC at max settings. The dungeons themselves look solid thanks to a lot of different colors bathing the entire screens depending on how deep you go — so that can help hide some of the flaws with the environments if you’re in a blue-heavy area, while yellow-heavy areas tend to bring out more flaws. Luckily, you’re too busy killing enemies to really care about this and no matter how many enemies you wind up fighting, you don’t have to worry about slowdown.

The soundtrack is full of woodland instruments and fits the samurai setting perfectly. None of the songs are catchy in the traditional sense — you won’t be showing them off to friends, but you can easily hum them for quite some time after a play session. The various swords all sound slightly different, although not enough to where you can tell each one from just the sound effects. The biggest shift in sound volume is when you use either a light or heavy attack or properly parry something for a nice ding and then a sickening slice through the body of whatever enemy meets your blade. 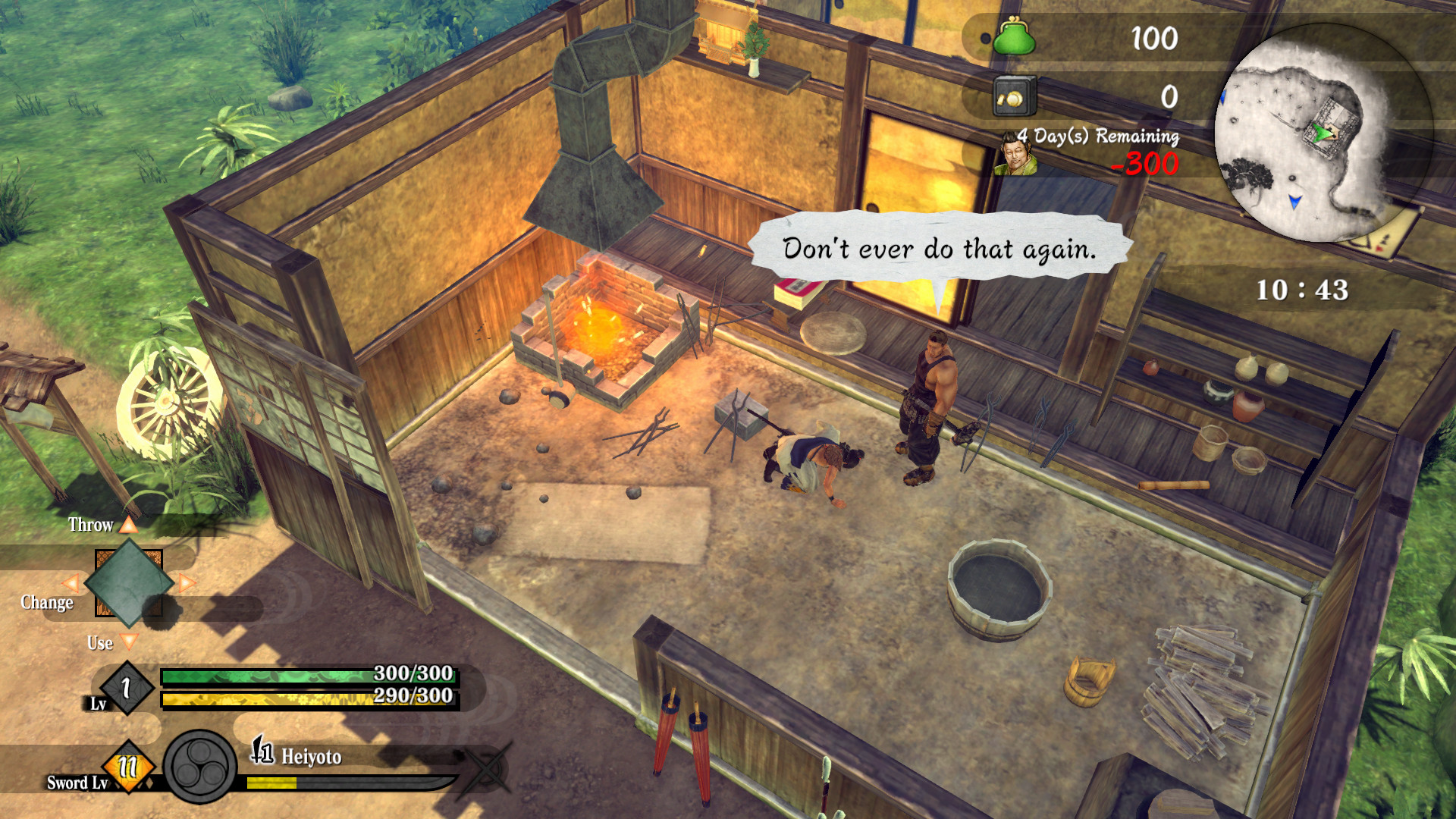 Katama Kami: A Way of the Samurai Story is a well-crafted adventure that mixes rogue-lites with sword play in interesting ways. The risk/reward system for the dungeon crawling is something that keeps you on your toes at all times, while carefully balancing equipment stashes with what you bring out in the field is trial and error at its best. The action is fast and never gets bogged down by having a lot of enemies on-screen, even if the graphics do have some detail-related shortcomings. The animations are solid and the soundtrack is exceptional even if it isn’t the most memorable. The woodland-finned soundtrack keeps you invested as you go from dungeon-to-dungeon and slay all manners of enemy to survive.