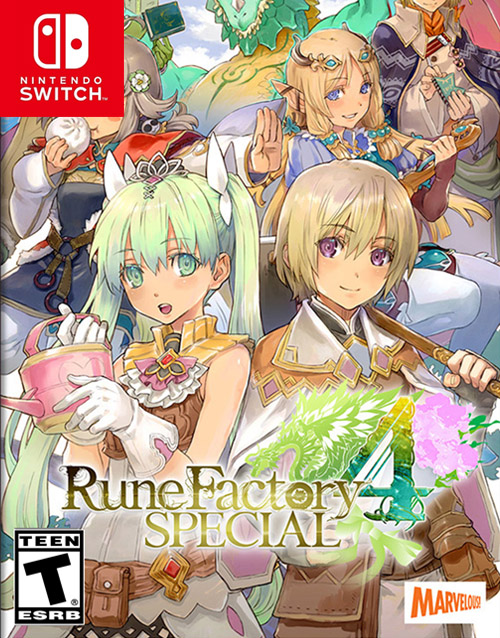 Since its debut on the SNES, the Harvest Moon style of gameplay has continued to gain popularity over the years seeing many entries and a variety of heavily-inspired titles to follow it. One of the most unique spin-offs the series saw was that of Rune Factory, which took the farming happy town approach and dressed it up in a fantasy world with the added inclusion of RPG elements. No longer were players simply just farming, but also fighting and taming monsters with a much grander story behind it. Rune Factory 4 was originally released for the 3DS some years ago and is back once again on the Switch with a brand new HD coat of paint in the Special edition.

The tale begins aboard an airship where a young adventurer is in the midst of trying to deliver an important package. Unfortunately for them, their flight is cut short by soldiers who appear from their hiding place demanding the package is handed over or their life lost. In a kerfuffle of conversations, the young adventurer is launched overboard and sent hurtling towards the ground on top of a dragon in a grand building. In the unfortunate series of events the adventurer has forgotten everything but their name, and the dragon along with her subjects assume them to be royalty who had planned a visit. After being given a room and a farm to manage, the true prince appears but decides it’s in his best interest to keep playing along in order to keep himself hidden and enjoy a little free time. Thus begins the adventurers time as acting royal who sets out to improve their farm, adventure the land and uncover the truth about themselves and mysterious goings on around them.

Like many entries into the Harvest Moon and Story of Seasons series, the first main focus of Rune Factory is building up a farm. At first the farm will be an utterly cluttered mess filled with weeds, branches and rocks. After picking a few weeds a humble farm can be started, and after completing a few quests the farm can be completely cleared out in order to start making a living. There’s only a small number of available crops to start which slowly increases through various quests from villagers challenging the player to try new things and learn new mechanics. Along with simple crops other goods such as flowers and eventually even trees can be grown along the way. Aside from watering every day, players can also increase crop production with various fertilizers and vitamins in addition to getting higher leveled crops by using a sickle as it improves. Of course, the biggest pull of Rune Factory is moving away from just farming in order to explore the world and take on monsters. 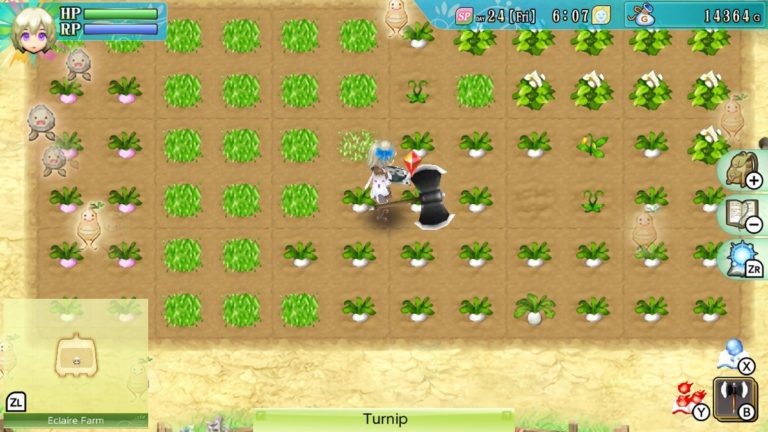 Step outside the lovely little town and adventurers are met with a world filled with monsters around every corner. Early on many of them are passive and don’t attack often, but heading into dungeons will lead to bigger threats. There are a variety of weapons made available such as swords, axes, spears and staves. Some of these are limited at first based on money or until a forge is crafted to make new weapons, but weapons can be chosen based on personal preference of play style or wanting to raise all their levels. Magic and special abilities can also be obtained through various means, which allows for spells and special attacks to be used if the right weapon is equipped. All attacks, in addition to farming tools, use the adventurer’s RP. This acts more or less like stamina and will begin to drain health once it’s empty. Completely losing health will have the character pass out and wake up at the doctor’s, who will take a hefty fee from what they’re carrying for healing them before sending them on their way. Those who befriend villagers can also ask them to adventure along side and fight monsters together, but most characters require a high enough friendship before this can be done. Crafty adventurers might also be able to get the assistance of monsters themselves to fight with.

All monsters, including the various bosses, can be tamed if a monster barn has been built. While most are more or less just for show as strong allies, there are a good number of monsters that actually supply items. The very first monster an adventurer comes across for example is the sheep-like wooly. When befriended they offer a piece of wool every day. This continues with the chicken and cow-like monsters that offer eggs and milk, respectively. Some other monsters such as certain bugs and even fairies supply a number of other goods, so it’s fun to experiment and see who will drop useful items when befriended. When they get a high enough friendship, these monsters can also take care of the farm by watering and replanting seeds which leaves more time to go out and adventuring while the monsters take care at home. 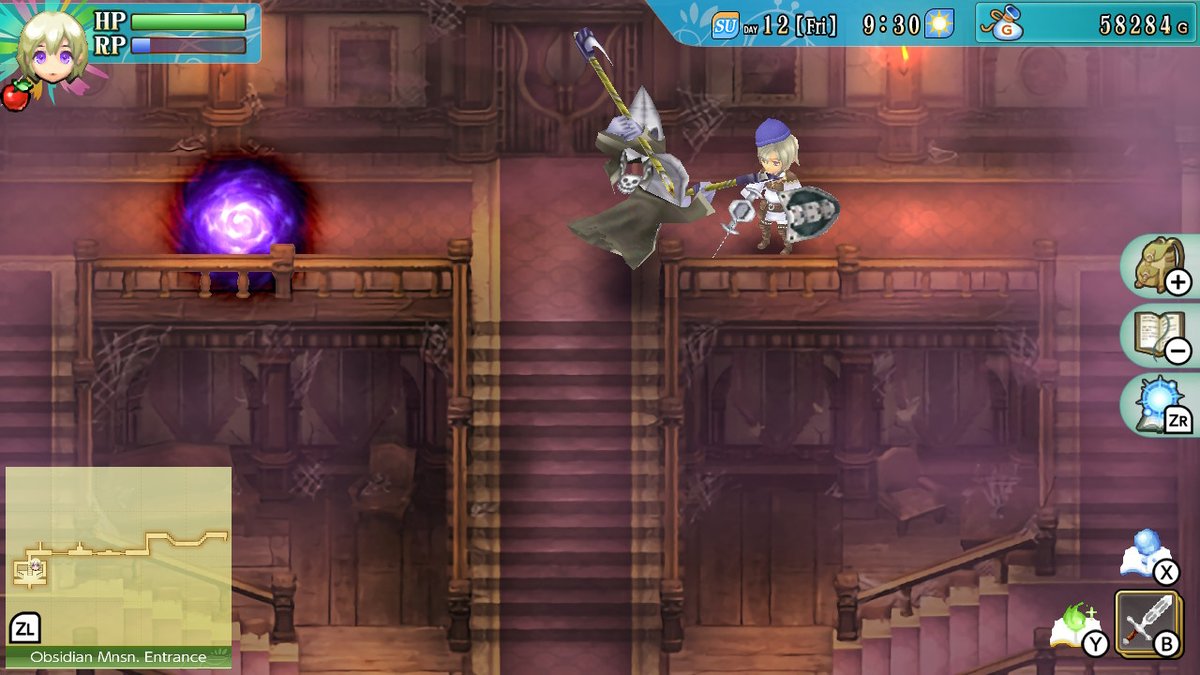 One of the biggest elements of most titles like Harvest Moon is befriending villagers and perhaps marrying them if available. Each villager has things they like and talking or gifting them daily will increase their affection with the player in order to open more stories with them and often side content. In this case the adventurer’s choices for a partner is based on if they choose to be male or female. There’s actually a small pool to choose from at the beginning, but as the story progresses both male and female options will increase. For those who may be used to rushing their character into marriage in the first year, this title does away with this making there no need to get married in any time limit. There’s no rush or time limit on the story, so players can take everything at their own pace. Those who want to farm for a couple seasons with only a little bit of adventuring to start in order to get money can build their skill up that way. Anyone who would rather focus on adventuring can also head out right away, but balancing out both in the long run is what makes a perfect harmony.

Since Rune Factory 4 originally released on the 3DS, it’s seen some overhauls in this Switch version. For one, the graphics are a nice crisp HD. It does make some of the muddier textures stand out more, but it’s still a massive improvement over the 3DS original where things felt much flatter. The music in this version is fantastic and it’s a wonderful experience to hear it on truly good speakers for once instead of being limited by the 3DS. Since losing the bottom screen, the menus have been rearranged. While this was a mostly seamless transition, one place it feels weak is with the menu text. The text for items is incredibly small and near impossible to read if playing from a distance without squinting. There’s an option to make the text box bigger by holding down the L button or both L and R for the upper part, but it would have been nice if the overall text was just a little bit bigger since most items don’t have large descriptions to begin with. Also as a completely random addition, the player character model in the menu rotates based on the gyro in either the Joy-Con or Pro controllers. It doesn’t do much besides move the character in order to see them from different angles, but it’s a cute touch to the menu screen that’s frequently visited. 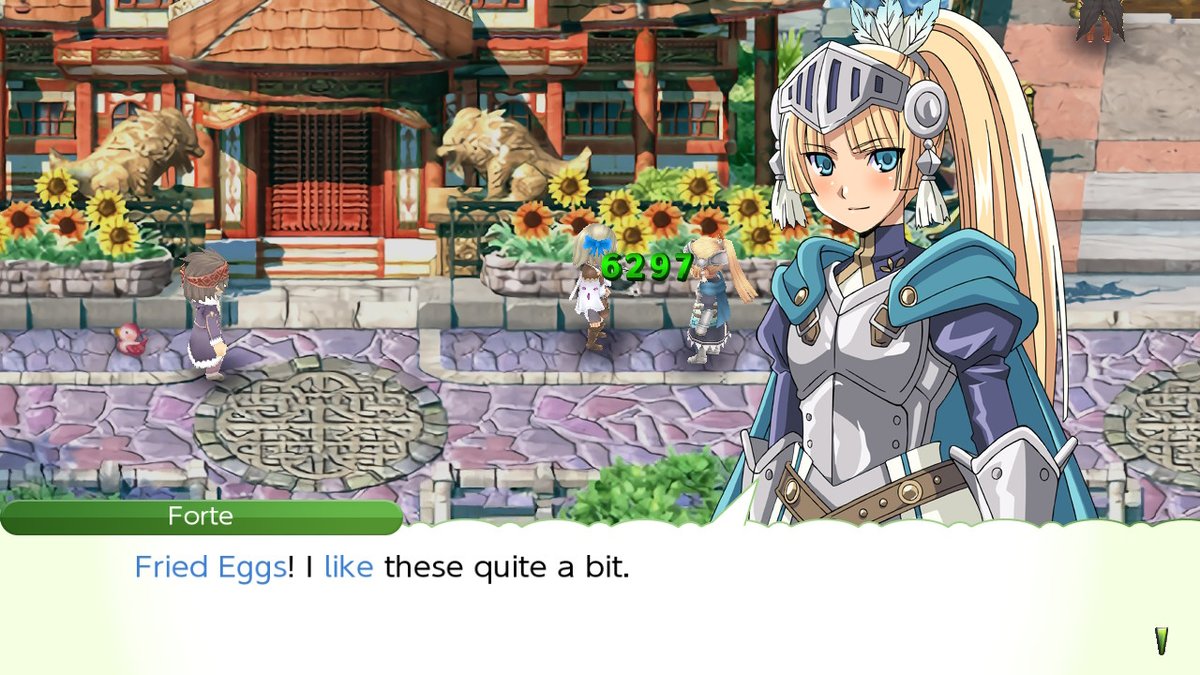 Rune Factory in general was the brilliant outcome of mashing two genres in a beautiful harmony that worked together wonderfully with Rune Factory 4 being the current pinnacle of the series. The Switch version brings the same entry players loved on 3DS with a fresh new HD look, new difficulty and brand new extras featuring newlywed scenarios for everyone to get the chance to experience for the first time. It’s just as wonderful a title as it was on 3DS and the Switch only makes it even better with the option to relax at home on the big screen or freely take it on the go. Rune Factory 4 is boundless fun that’s a great time to replay after beating to try new things and experiment with different things each time, marry new partners and perhaps take on a harder challenge along the way. Anyone looking for that farming itch with a dash of adventuring should absolutely play Rune Factory 4 Special.