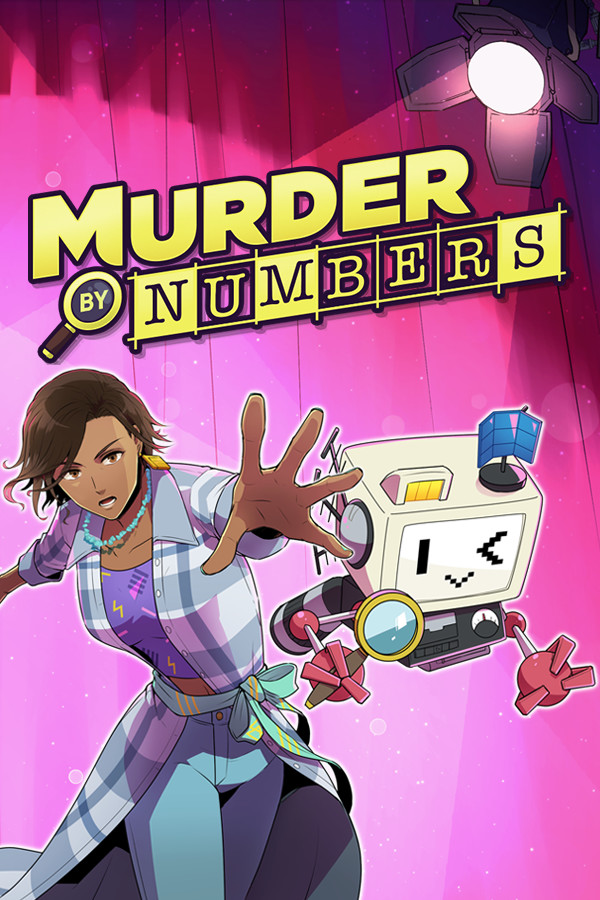 These days it’s no longer difficult to find an English-language visual novel to play. It’s honestly easy to get overwhelmed by the massive number of new releases coming out. Most of these games follow the formula of being a “pure” visual novel focused 100% on storytelling and dialog choices. It takes doing something a bit different to stand out and Murder by Numbers is certainly unique. It brings together the genres of visual novel and nonogram (often referred to as Picross) puzzler into a single, cohesive game. It might sound weird at first, but it actually makes a lot of sense once you finally begin playing.

Murder by Numbers focuses on a woman named Honor. She’s the co-lead in a detective TV show, approaching thirty, and recently divorced. Things only get worse for her as she is unceremoniously fired from her acting gig. Things get all the more complex when her boss — the guy who just fired her — turns up murdered. Folks are quick to point to Honor as a clear suspect. Fortunately, this doesn’t last long as a strange floating robot meets her and decides to help with the predicament. This robot, named Scout, cannot remember its past and hopes Honor can help to uncover it.

It’s a bit of a weird setup, but one that is easy to accept thanks to the fun script. The duo of Honor and Scout make a great pair as they stumble their way onto discovering key evidence. As far as gameplay is concerned, it typically breaks down in a similar fashion throughout each chapter. Players begin each chapter with visual novel segments that introduce new characters and settings. Then they must investigate whatever crime has just unfolded. Players use Scout’s ability to search the screen and find notable objects. Once an object is discovered players jump into a nonogram puzzle to determine what the object actually is. After this, the objects can be used to present to characters to gain additional information. 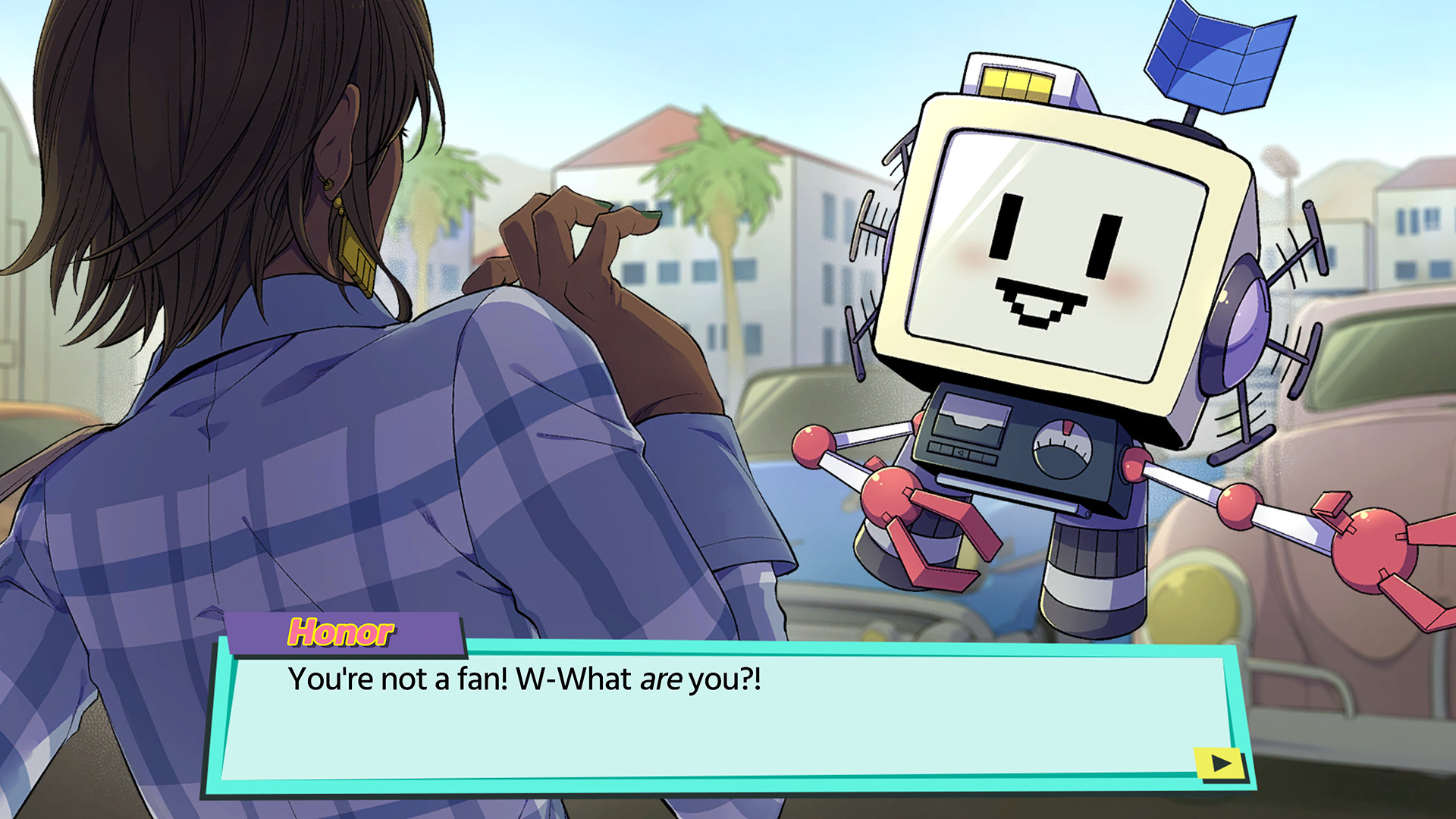 There are a ton of nonogram puzzles packed into Murder by Numbers. Expect to complete over a hundred of them before finishing the story. Folks who have never solved these puzzles before should opt for the easy difficulty. Even players who know how to play may want to stick with easy. On the easy mode puzzles will immediately mark off a row or column once all squares have been filled in. Hints are also enabled by default on easy mode. The main perk of playing on the normal difficulty is getting a higher score for each chapter. What does a higher score bring aside from bragging rights? You’ll unlock additional, optional puzzles by progressing to higher and higher point values.

Some players may become annoyed by Murder by Numbers’ insistence on nonogram play if they’re expecting a game that’s primarily a visual novel with bits of gameplay thrown in. You really need to consider this a puzzle game first and foremost. The further you get into the game the more puzzles start popping up — and they’re increasingly difficult. The game teaches players the basics for how to solve a puzzle but never goes into explaining more advanced skills required to solve later puzzles. If you’re ever seriously stuck you’ll have a way out. The game allows for filling in five random squares on the board. This reduces your score, but may be needed at times. Even so, it would have been great if there were an option to skip an entire puzzle simply to get back to enjoying the story. There are times in the second half of the game where the amount of puzzles becomes a grating when you’re hot on the trail of a new clue.

Since solving nonograms is a large portion of the game, the gameplay should be solid. It’s not bad — but there are improvements to be made. There’s no way to clear an entire puzzle if you’ve messed up. You need to load up a previous save instead of having a clear board option. The option to check errors only displays errors for a few seconds. It doesn’t actually remove the errors. As such, you’ll likely have to keep checking to ensure you cleared everything up yourself. With all that said, the hints option is excellent and can be a great help when feeling stuck. It highlights the annotations on a row/column that can be worked on at that specific moment. The other downside is the minigame puzzles which are timed and reduce time for every mistake made. The timer dampens the otherwise chill gameplay, especially for players who simply can’t move fast enough to complete the puzzles in time. 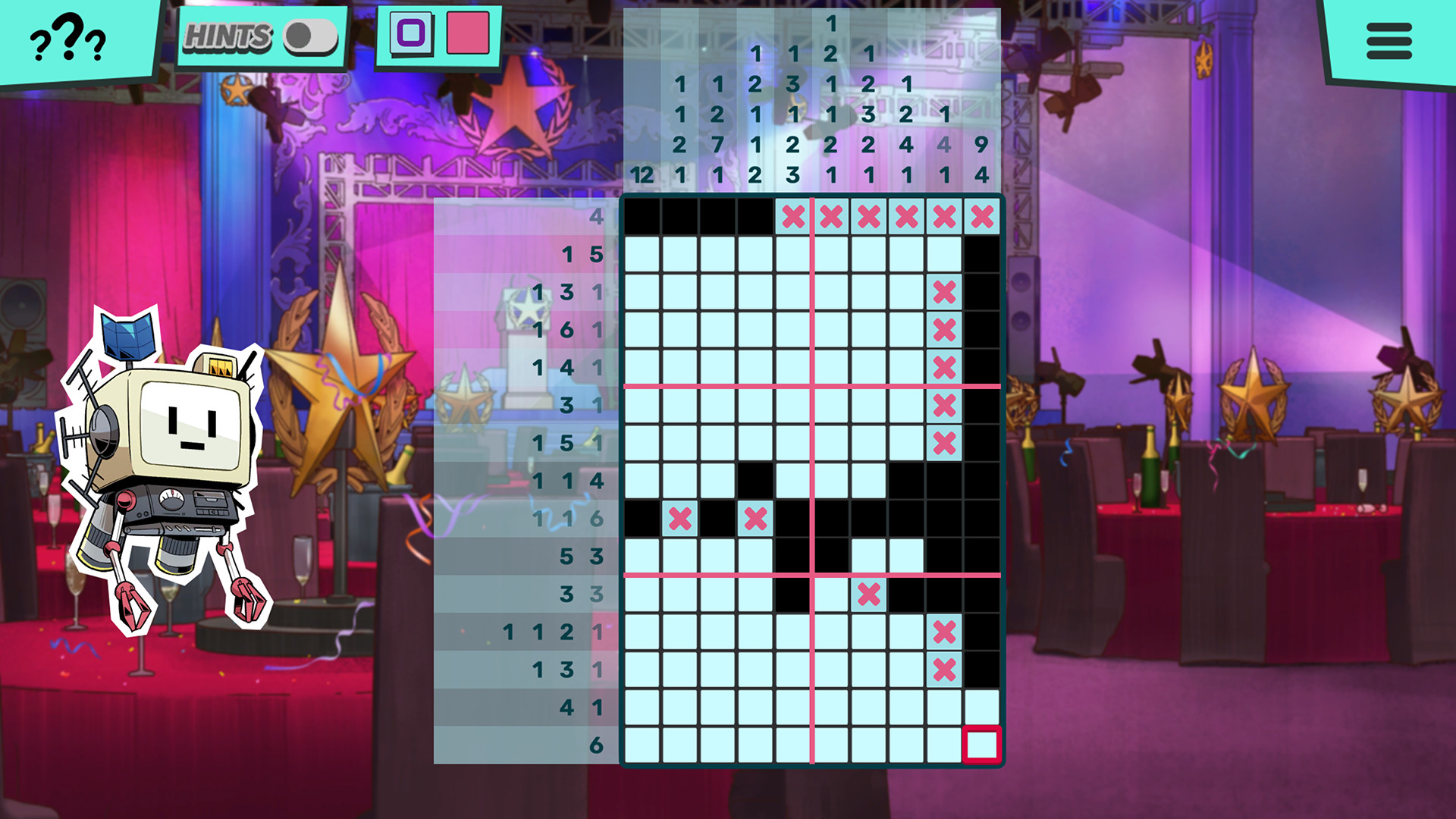 There’s unfortunately no voice acting in Murder by Numbers, but there’s an excellent soundtrack that feels very Ace Attorney-like. This is due to the composer being none other than Masakazu Sugimori who worked on the Ace Attorney series music. The artwork is also great fun. Characters were designed by Hato Moa who is most known for their work on the infamous Hatoful Boyfriend! It’s a shock to see these established names working together, but it’s also a lot of fun for visual novel fans. It’s a shame we couldn’t get voice acting too!

The story aspects of this game would probably take around five to ten hours to read through if the puzzles were not included. With the puzzles, the game ends up being much longer. Newbies to the nonogram world could take a while to complete each and every puzzle. Someone who considers themselves average to good with them will still take five to ten hours working on the puzzles exclusively. As such, the complete Murder by Numbers experience will last anywhere from ten to thirty hours. The best suggestion is to not try and barrel through the game because your brain will be left spinning from copious, continuous puzzles. Relax and play a few puzzles a day and it will be a much more enjoyable experience. 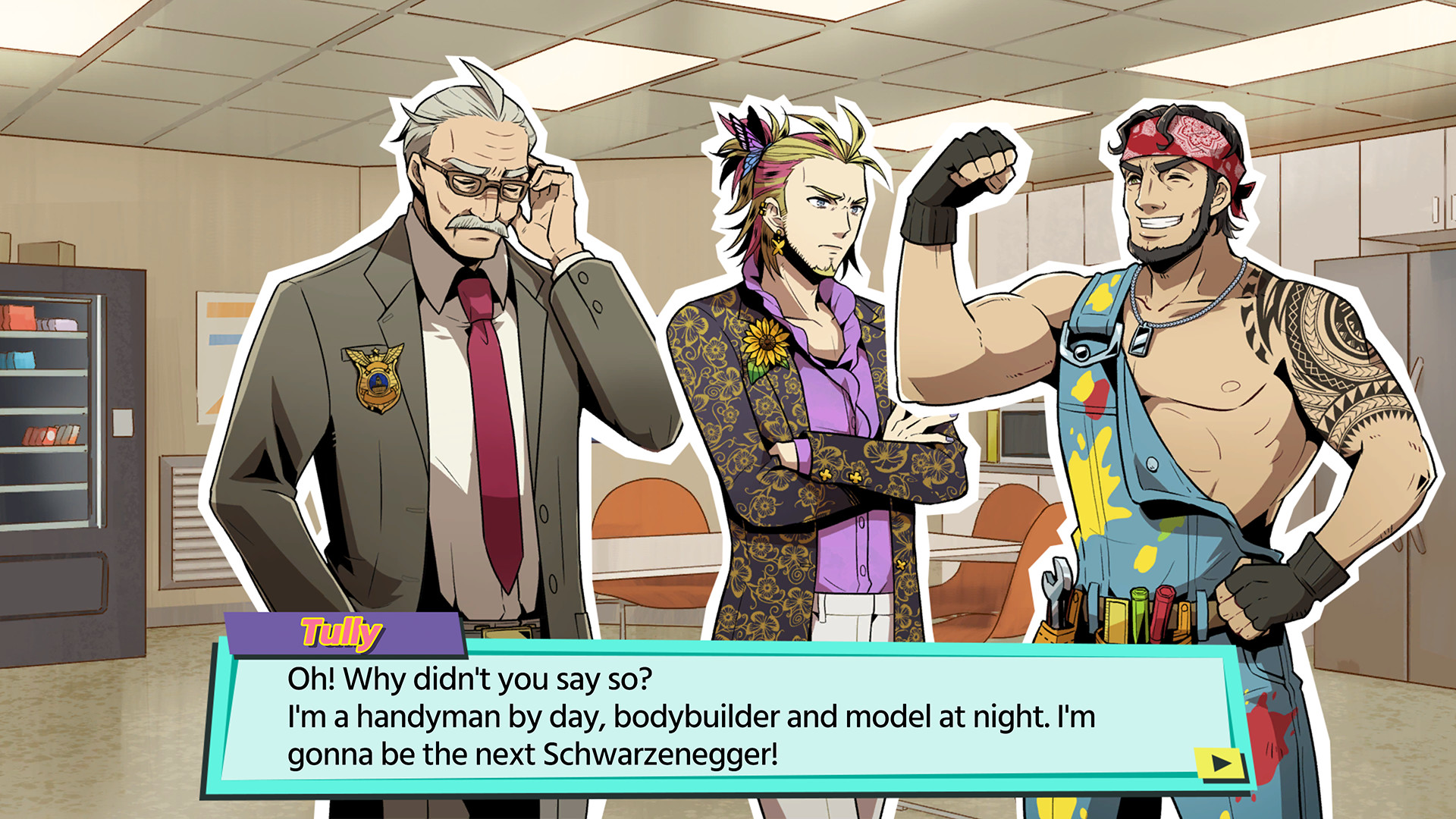 Murder by Numbers is a game for people who enjoy playing nonogram/Picross puzzles. If you have no enjoyment for these then the game will be an absolute nightmare. On the other hand, anyone who loves these puzzles will find a ton packed in the game with the addition of an enjoyable storyline told throughout to bring context to the puzzles. With so many puzzles included, you’ll have hours upon hours of gameplay ahead. The colorful characters and detective tale ensure that players won’t get bored with the world of Murder by Numbers.