Platinum Games has had a fantastic run.  From its rise out of the ashes of Capcom’s Clover studio, to the early Bayonetta, Vanquish and Metal Gear Rising, to a rocky period when Scalebound was canceled and mid-tier licensed product did little more than keep the lights on, to the studio roaring back strong with Nier Automata, it’s been an incredible ride.  Platinum has been going from one strength to the next over the last few years and that’s given it the freedom to try something new.  Specifically, it’s starting to self-publish its own titles, starting with the successfully Kickstarted The Wonderful 101.  Studio heads and long-time collaborators Atsushi Inaba and Hideki Kamiya recently traveled to Boston for this year’s PAX East, and Hardcore Gamer editors Kyle LeClair and James Cunningham (that’d be me) got to sit down with them for a conversation via translator on where they’ve been and what’s coming up.

[Atsushi Inaba] As you know The Wonderful 101 is a game that came out about seven years ago and it’s a game that we are really proud of; we have a lot of confidence in this game but unfortunately felt that it didn’t quite reach the audience that we had hoped for.  So it was definitely a project that we had always wanted to find an opportunity to return to, but it’s not just something that we can do any time we’d like.  So we had been thinking about three years ago about how and when to do it, and after a lot of discussion, negotiations, things like that, now seemed to be the best time for us as a company. 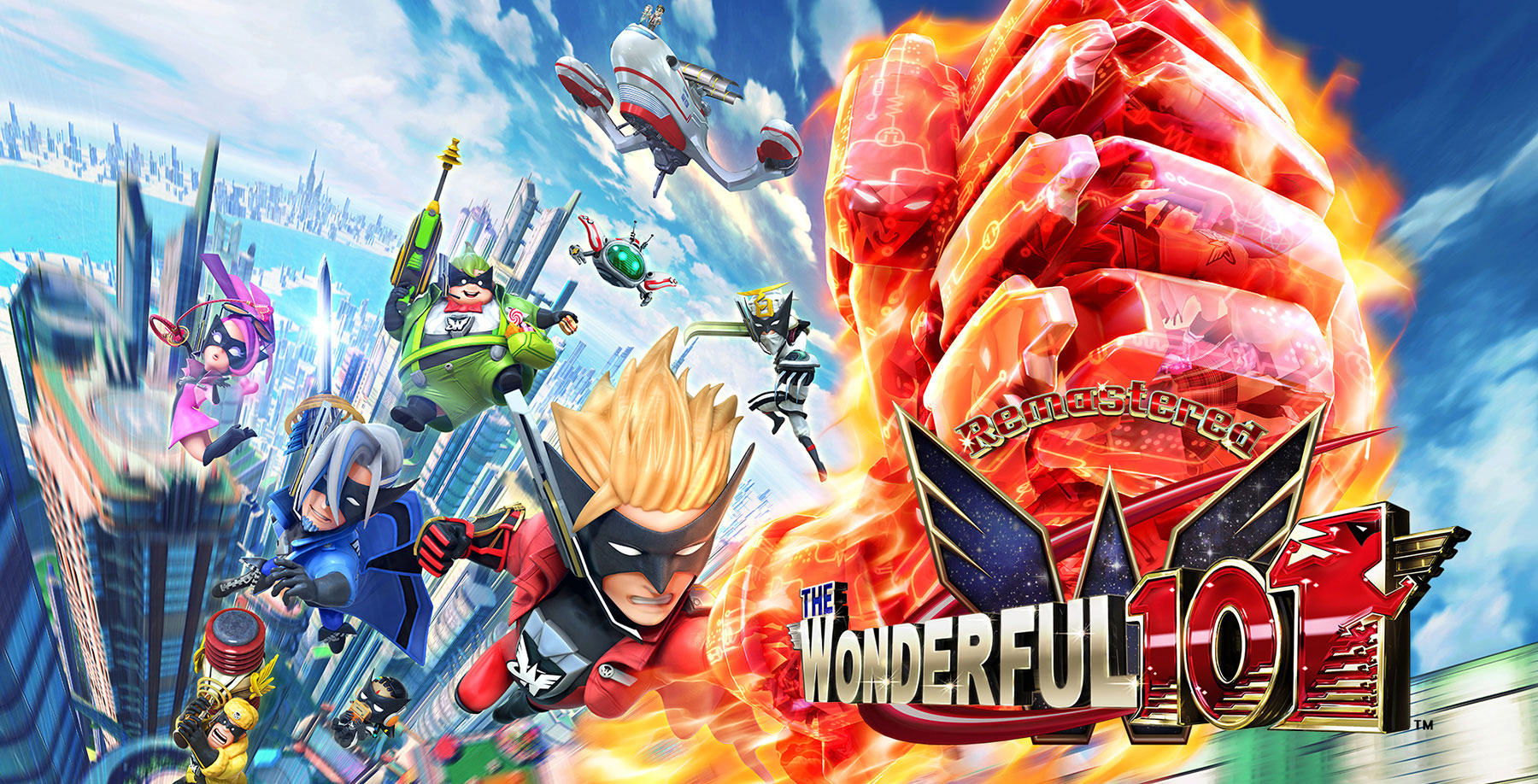 Given that the game was originally designed for the Wii U, was there any challenge in bringing it to other platforms?

[Hideki Kamiya] That’s a very good question.  There were two main points that had to be modified from the Wii U, the first one being the fact that there’s a touch-panel screen; and as you may know in the game players can input commands with the touch panel, so there was a question of how to implement that into the newer hardware.  As a matter of fact the original game had been designed to use the right stick, so that was not a problem at all just going back to kind of the roots of the game and implementing that in the Switch, PlayStation 4 and Steam.  But the other factor was that with the dual screen there’s the main screen and then the sub-screen, which has a lot of information and menus, so I had to figure out how to make that accessible and usable and user-friendly for the player, so it became a picture-in-picture.  And in doing so I wanted to give the player a lot of options to be able to adjust the size, adjust the location, turn it off and on.  So those two were the biggest challenges that required modification in the port.

Self publishing obviously is a big venture.  Is there any real challenge, do you feel, and do you have any future plans beyond this new G.G. game?

[AI] So first of all, just in terms of the challenges of self publishing, everything’s been a challenge because it’s very new, being a developer for all this time.  Every day it’s a new challenge, there’s a lot of stress and worry, “Are things going to be OK, are we going to be OK?”, but in moving forward with that as a company we have grown quite a bit.  So we feel that this is the right direction and every day we’re just pushing forward and trying to take each challenge in stride.

And then your second part was what kind of activity we can expect in self-publishing?

Yes, any ideas for after the newly-announced game?

[AI] Naturally we have a lot of ideas.  Project G.G. is still in very, very early development but in addition to that we have a lot of things that we want to do.  As you may know we have recently announced that we are going to be opening the Tokyo office as well, so that will allow us the capability to get new employees and people with a lot of different talents to start pursuing some of these new projects.  So we have a lot of ideas but we can’t give you any specifics at this point, but there’s a lot of new things we want to do moving forward. 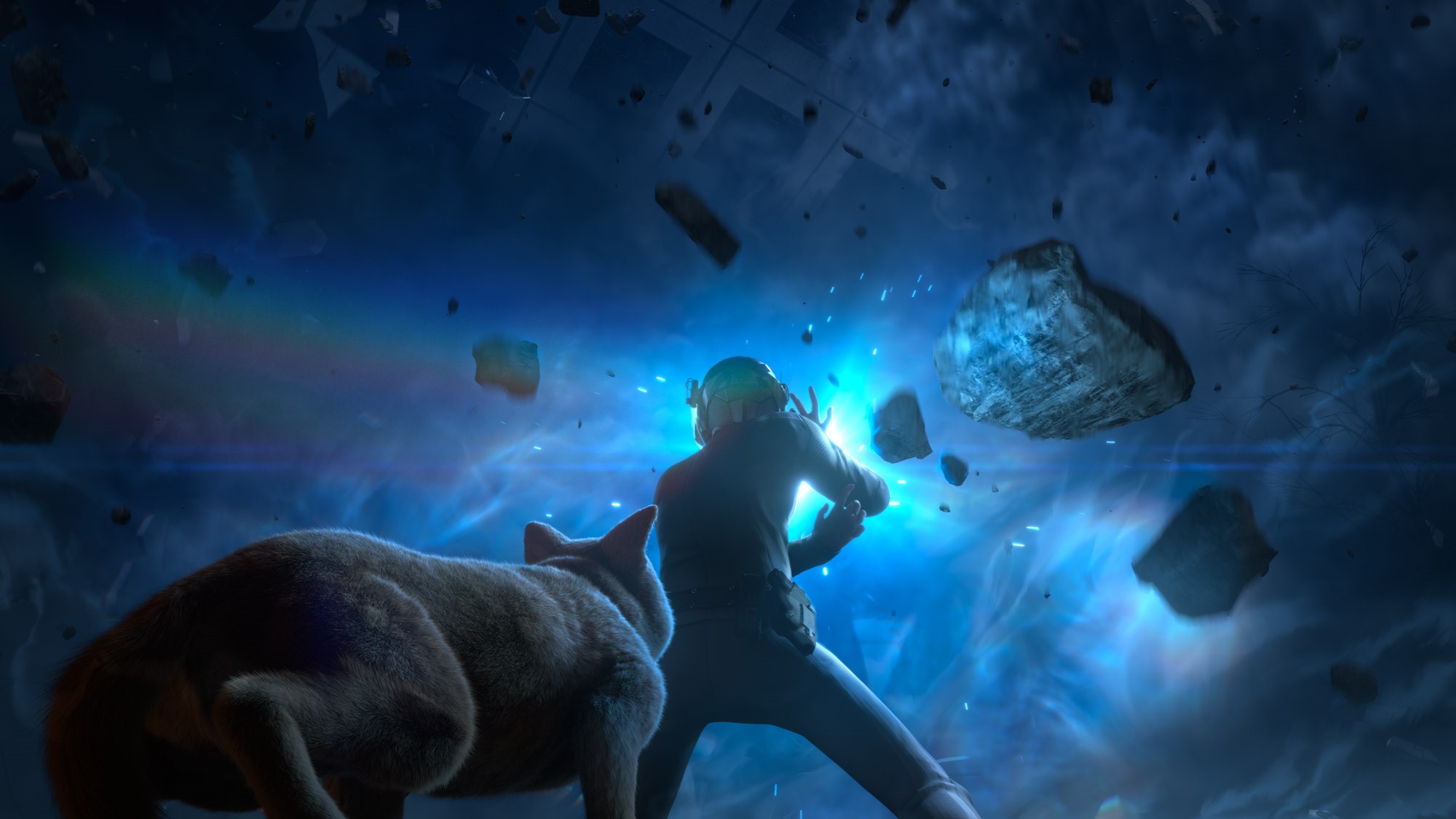 There seems to be a huge difference in terms of reaction in how The Wonderful 101 did when it initially came out to how it was responded to when the Kickstarter released.  It’s basically a game that seems to have found its audience years after it would have been helpful the first time.  Did that take you aback?  Were you kind of surprised to see how strongly that kicked off?

[HK] Simply put, I’m very very happy about it.  It’s a game that as I mentioned before I always had a lot of confidence in.  In seeing the reaction now I realize wow, people really did care about The 101.  So it obviously makes me very happy in that regard.  The other aspect is comparing the Wii U as just one platform and now we’re able to bring it to multi-platforms.  So I’m really happy we’ll be able to deliver the game and it will be received by such a wider audience.  So absolutely I’m very very thrilled.

If The Wonderful 101 remaster is successful are there any other games that you’d be planning on remastering?

[AI] I mean obviously there’s a lot of things that we would like to remaster but it’s not such a simple thing.  The fact of the matter is in moving forward with doing self publishing we received this unique opportunity to do it with The 101 and we’re seeing how it goes, and now we’re moving towards self publishing with Project G.G., but with a lot of the previous games we’ve worked on we were just the developer, not the publisher.  We can’t just say “Let’s remaster this or that!”  It comes down to the publisher.  A lot of times Mr. Kamiya is asked that and he says “E-mail Capcom.” or e-mail someone like that.

[HK] This is a particular case because it was seven years ago and before the 101 didn’t quite reach the audience that we’d hoped, so it makes a lot of sense for us to return to this and do the remaster.  In terms of remastering some of Platinum’s other IPs it’s still too early to say that right now because a lot of those games are still relevant.  Maybe ten years from now or fifteen years from now or something on new hardware, perhaps.  At this particular moment we are not thinking of remastering any other IPs. 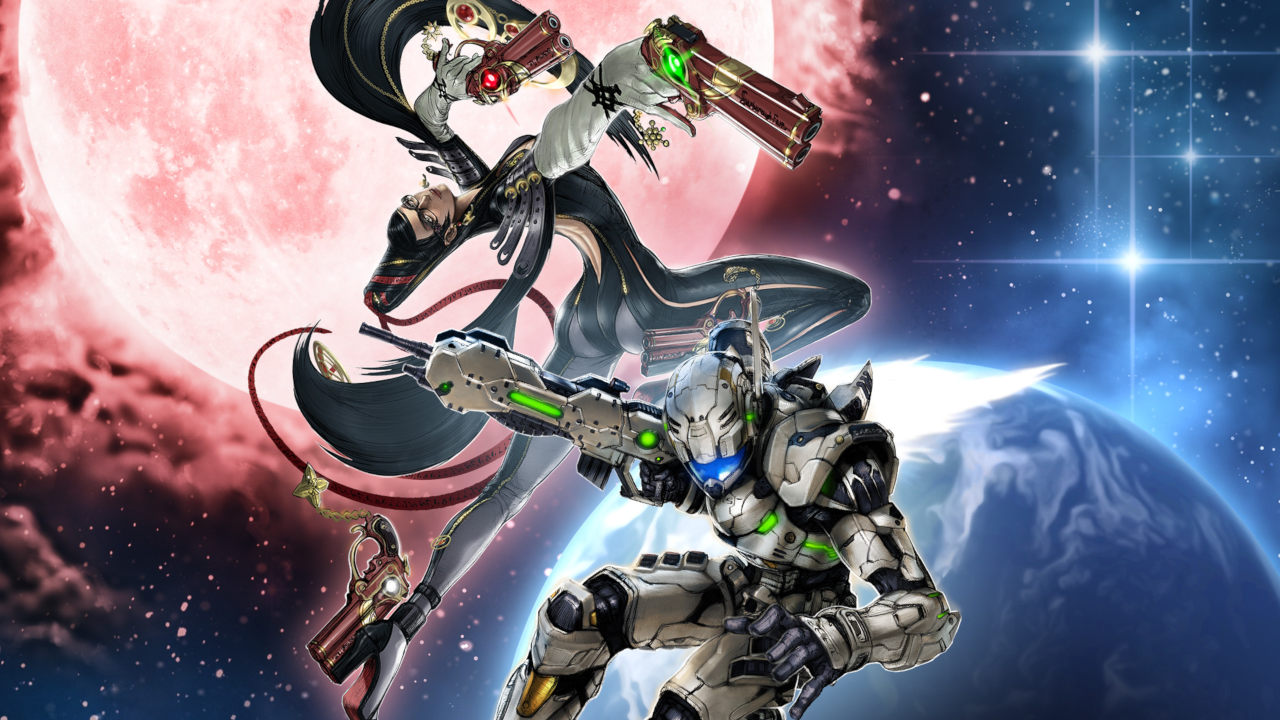 What can you tell us about the new additions to The Wonderful 101 remaster like the stretch goals, the side-scrolling parts.

[HK] For this remaster of course being on new hardware there’s going to be a higher framerate and things like that, but rather than it being a completely cosmetic upgrade there’s a lot of usability and playability that I’d like to implement in this new version.  A lot of it concerns user friendliness to the player; I actually had a list.  In the original game after I saw how it was received I made up a list of things that I thought “Oh, I should have implemented this format, or made this a little bit easier, more user friendly for the player.”  So I’m going to be implementing this in the remaster, like directives on the screen and things like that to make the experience overall a little better.  There was another part, the Easy mode in the original game, it ended up not being easy at all so I would like to go back and make a proper Easy mode.  The remaster is more from a point of a designer’s point of view.  Some of the user friendliness that was not implemented into the first game.

You were also asking about Luka’s Adventure?

[HK] The way I feel about The Wonderful 101 is that it’s already a very large game in volume, and I felt that adding more content to that would actually disrupt the balance of the game.  I’m very satisfied with how it is, but with the stretch goals achieved I was trying to think of what the players would enjoy.  So rather than implementing something into the main game I wanted to do something outside the game, kind of expand upon the world of the 101.  I had a lot of ideas and came down to “Ok, a 2D action scroll game would be really cool for the players.”  So I thought about doing that and decided to focus it on the story of this character, the boy Luka, and that’s how it came to be. 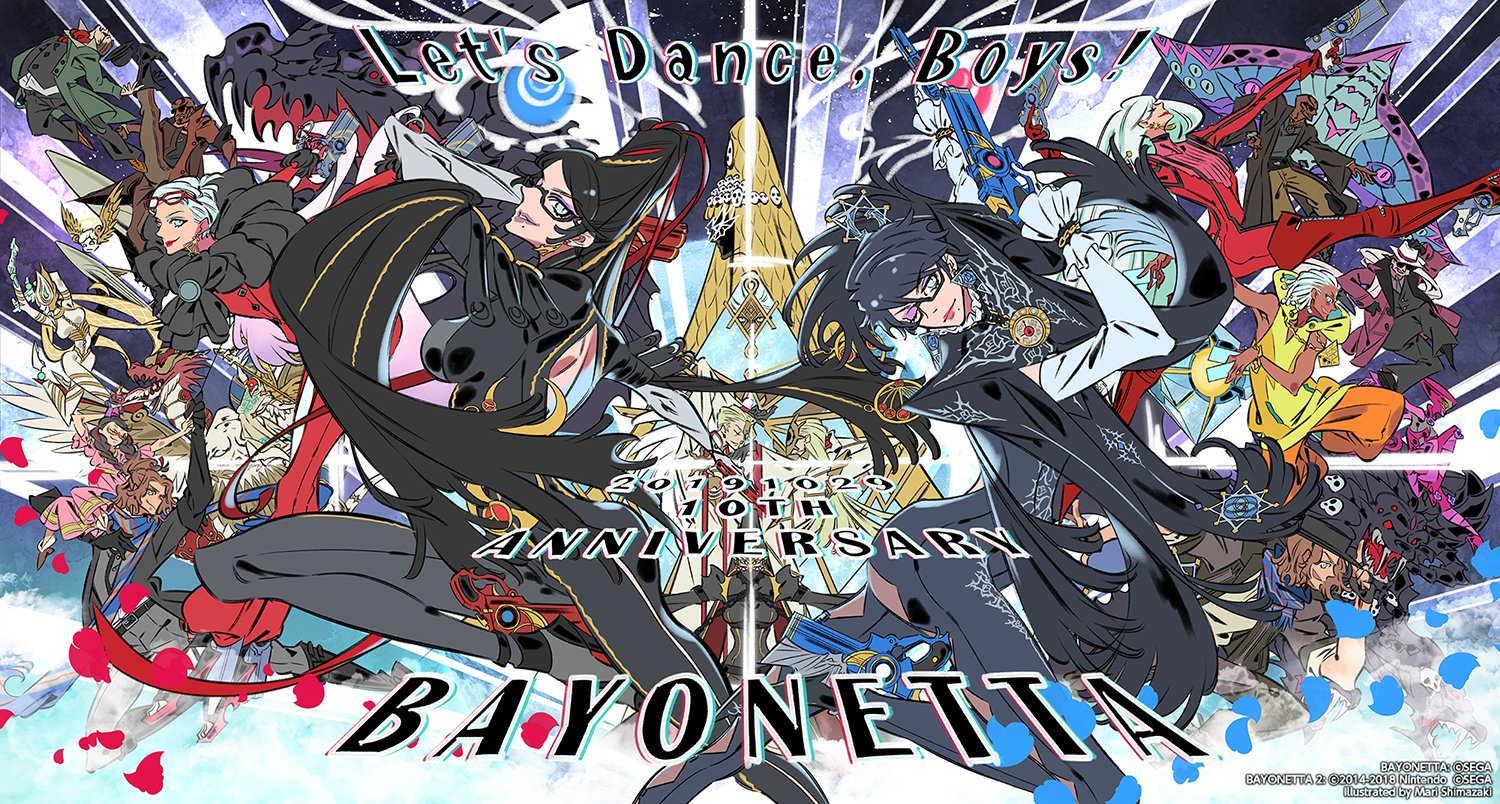 In the past Platinum has generally worked on console, a lot of Nintendo, a lot of Xbox and PS4.  In the last couple years PC has emerged as a fourth console.  How have you been adapting to the challenges of bringing your games to this new platform?

[AI]  I agree that the PC market is a very important one and one we definitely want to be involved in.  In designing the games, the base engine is basically we design our games on PC first and then port it to consoles.  In terms of the development side physically itself that is not a problem at all.  However in doing so, one of the challenges that they’re noticing that’s different from consoles is that players’ environments can vary quite a bit, the specs of their PCs and things like that.  So is a challenge to think “How are going to make this game with a good framerate so all players can actually enjoy it?”  That’s something we definitely want to think about and focus on in continuing PC and moving forward with those games in the future.

I’ve got one last nitpicky question about Project G.G. that I was kind of waffling on asking.

[HK] Everybody’s been asking about it so go ahead. 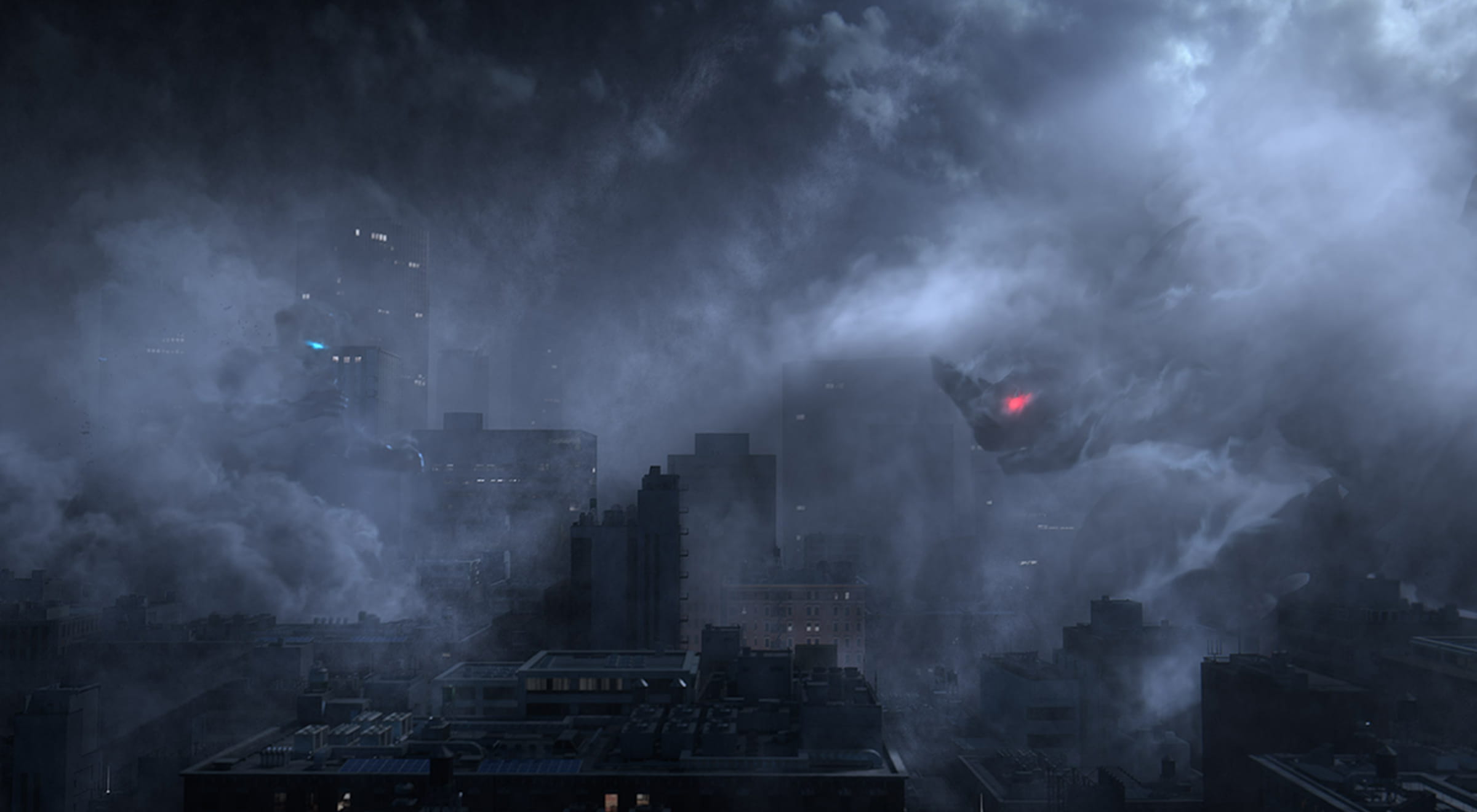 [HK]  That’s a very good question but I can’t really get into the details, and some of the details are not actually decided yet, as a matter of fact.  It’s still very early in the project but what I want to say is there will be action, don’t worry, but there’s going to be dynamic action.  Not just action, but other gameplay involved.  So I can’t really get into the details of exactly what that is going to be but… yeah.

That’s fair.  Even right now it sounds like an amazing end to the trilogy (superhero trilogy- Viewtiful Joe, The Wonderful 101, Project G.G.) and I can’t wait to play it.