NZXT remains as one of the better choices for cases and computer builds on the market. The company also dabbles in cooling products with its Kraken series of liquid coolers. I recently reviewed the Kraken X62 as part of the H710i case, which does an amazing job of keeping a processor extremely cool for gaming while implementing RGB elements to add some flash to a system. The X62 was simple to install with a case that was configured for it. NZXT has now introduced the Kraken Z73, which does even more than the X62 and is highlighted by a new LED screen directly on the pump for even more RGB options. There were a lot more hiccups this time with the X73, however, but it still accomplishes what it’s supposed to do.

The Kraken Z73 includes three new Aer P radiator fans for a new for better cooling than the predecessor. This means your case will need to facilitate the size and is easily integrated into the H710i case. NZXT has added new nylon mesh sleeves to better house the rubber tubing coming from the pump. It’s compatible with Intel and AMD boards (no Threadripper bracket) as the packaging includes various adapters that attach to the back of the motherboard for installation. The physical setup is easy depending on the case.

The LED ring on the radiator has increased in size by 10% to allow for more vivid RGB elements. What sets the Kraken Z73 apart from the other models is the integration of a HUE 2 connector, which is NZXT’s proprietary RGB adapter. This allows for more RGB option and most importantly, the option to include a .GIF on the screen. That’s right, you can download and save a .GIF and crop it so it runs on the screen. All this RGB customization is completed via the NZXT CAM software. This can also monitor your computer’s performance and tune the fans of the radiator. 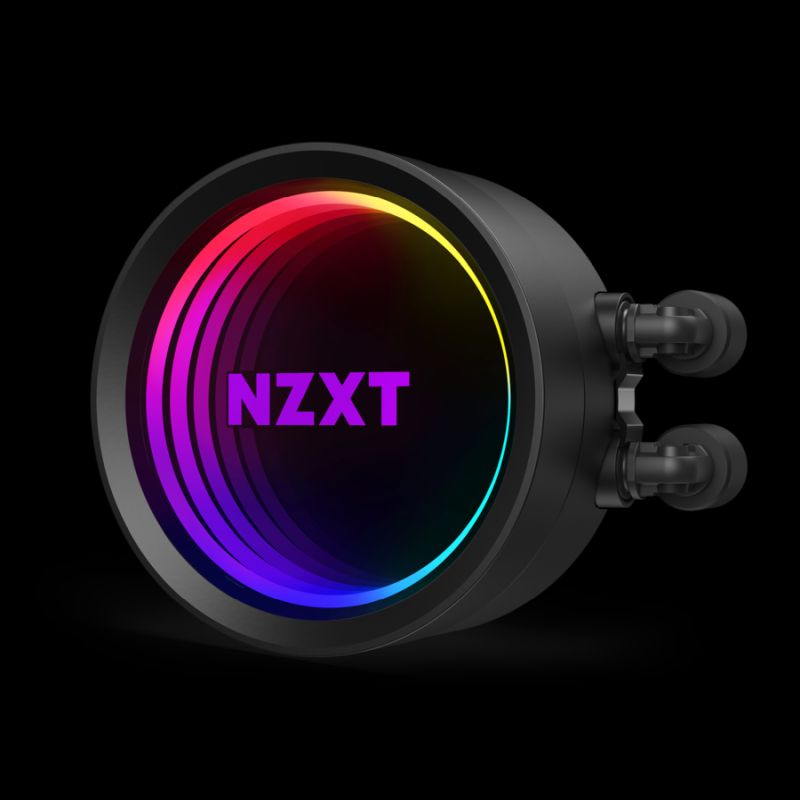 The .GIF isn’t the only option available on the pump. The NZXT CAM software includes metrics that can be displayed. These include CPU temperage and usage, GPU temperature and usage, liquid temperature, clock speeds or you can even setup a carousel to cycle through each option. One issue I encountered using this seems like a bug — there’s one option for a dual infograph that displays both CPU and GPU temperature. After some time or if the computer goes to sleep, the CAM software will lock up and this metric locks up on the pump screen. This is the only one I had issue with, but it is the first of a few hiccups I had.

When I installed the Kraken X62 on my original Intel Haswell architecture board, it was straightforward with minimal issues. The CAM software didn’t read one of the fan speeds, but that was it. The install should have been a simple swap, but it ended up being the beginning of a brand new system upgrade. The pump powered on, but it did not cool the processor. Working with NZXT, we agreed it was a bad pump so another was shipped. The components for setup number two showed up which included an Intel i7-8700 and a MSI Gaming Plus motherboard. This new setup arrived before the replacement Z73, so I thought I would give it a shot. Strangely, the pump worked. I eventually had to RMA those parts and moved to an Asus Prime Z370 P II board. One consistent that occurred across the board is that Windows 10 would keep resetting the USB device for no reason. This happened on all boards and would just magically stop once the USB cable was swapped back and forth on the motherboard. A lot of cable re-calibration was required to get everything working properly. This was a nuisance and it still seems that the newer Kraken coolers are geared towards more modern motherboards. This is just one personal experience and a lot of it just decided to resolve itself. 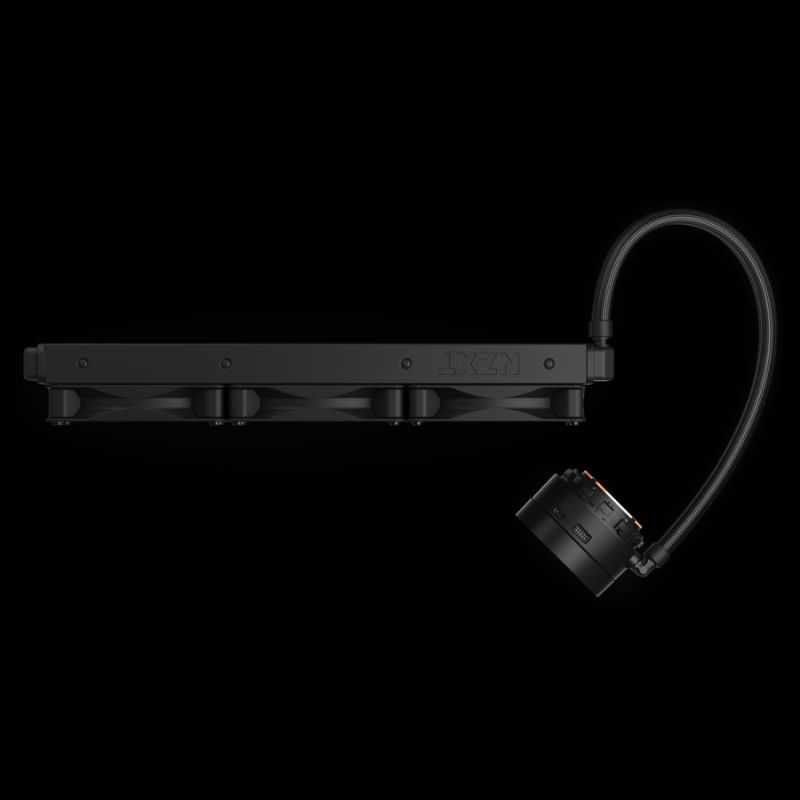 Now that my personal journey on this is out of the way, let’s talk technical results. Where as the Kraken X62 got good temperatures that hovered around 60 degrees celsius under load, the Kraken Z73 does an even better job. There are improvements here, but wouldn’t say it’s enough to upgrade from the previous generation unless you are really attracted to the RGB elements. I mainly focus on playing in 4K and maximize my processors power to fully achieve its potential at all times. So a lot of the focus on the games comes down to the GPU, but even when the processor is under load, there was a stark difference between the X62 and Z73. At idle, the Z73 offered about a five degree difference ranging between 25-30 degrees celsius.

I ran tests with Destiny 2, The Division 2, Apex Legends, Diablo 3 and Gears 5. Running the four of the games in 4K with a loaded of the CPU varying from 30-40%, the CPU temps only hovered from 45-55 degrees with a few times creeping towards 60. In comparison, the Kraken X62 stayed closer to the 60-65 range. Diablo 3 never even eclipsed 45 degrees at full load. During my Userbenchmark test, it still never surpassed 60. So if you game in 1080p or if you’re looking to overclock a processor that has the ability, there will still be improved temperatures across the board. 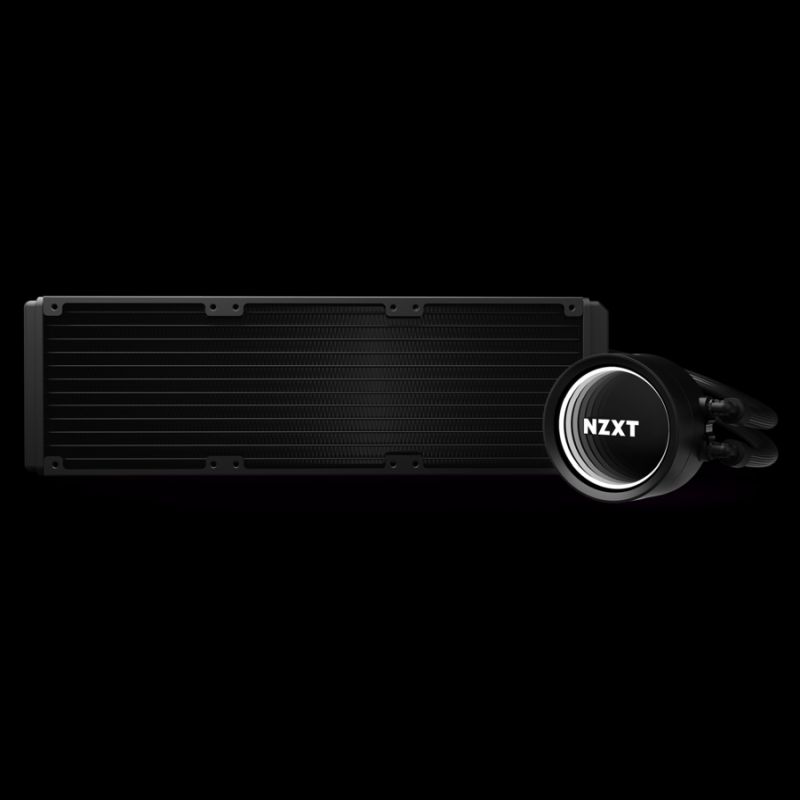 While I had quite the journey to get the Kraken Z73 corralled, the end result shows what this AIO cooler is capable of. The Z73 retails for the solid price of $279.99 There’s also a Kraken Z63 with two fans that retails for $249. My recommendation is if you are doing a full build using a NZXT case then it would be a no brainer to include the Z73. The lowest-priced Kraken clocks in at about $120, but these are all based on the space of the case being used. NZXT thought outside the box with the Kraken Z73 and improved the cooling elements to make the product worth the price. There are still some CAM bugs that need to be ironed out and there still seems to be some compatibility issues with older motherboards. With the ability to run a .GIF on the screen, I now feel it more necessary to see live stats. Hopefully some more display options will be added in the future.