Farming games can be a bit of a slow burn.  Plant the seeds, grow the seeds, hang out in town and try to make people happy for the five spare minutes of the day when the farm doesn’t demand every scrap of attention, then wake up and do it again.  Get better tools and a few contacts and the job becomes easier, eventually providing that idyllic farm life that makes you wonder why you get up every day to do anything but escape back to a simpler time.  Sakuna: Of Rice and Ruin knows the answer to this, and that’s because the simpler times were crawling with supernatural beasts and monsters, destroying the peace that’s the goal of the bucolic fantasy.  Farming is a task best undertaken by those who recognize that rakes and trowels are weapons as much as tools, as suitable for harvesting gems from demons as rice from the earth.

Princess Sakuna is a young goddess who’s had an easy life of it.  Her powerful parents have given her everything she could ever want, but one day she screws up badly enough to get sent to Earth and life becomes a little more labor-intensive.  As a harvest goddess Sakuna gains power from a healthy crop yield, but sitting on her butt while the outcasts on the island she was exiled to do all the work isn’t an option.  She’ll need to get her hands dirty and work until her back groans (do child labor laws apply to young goddesses?) to power up, but there’s more happening on the island than can be taken care of by a healthy rice harvest. 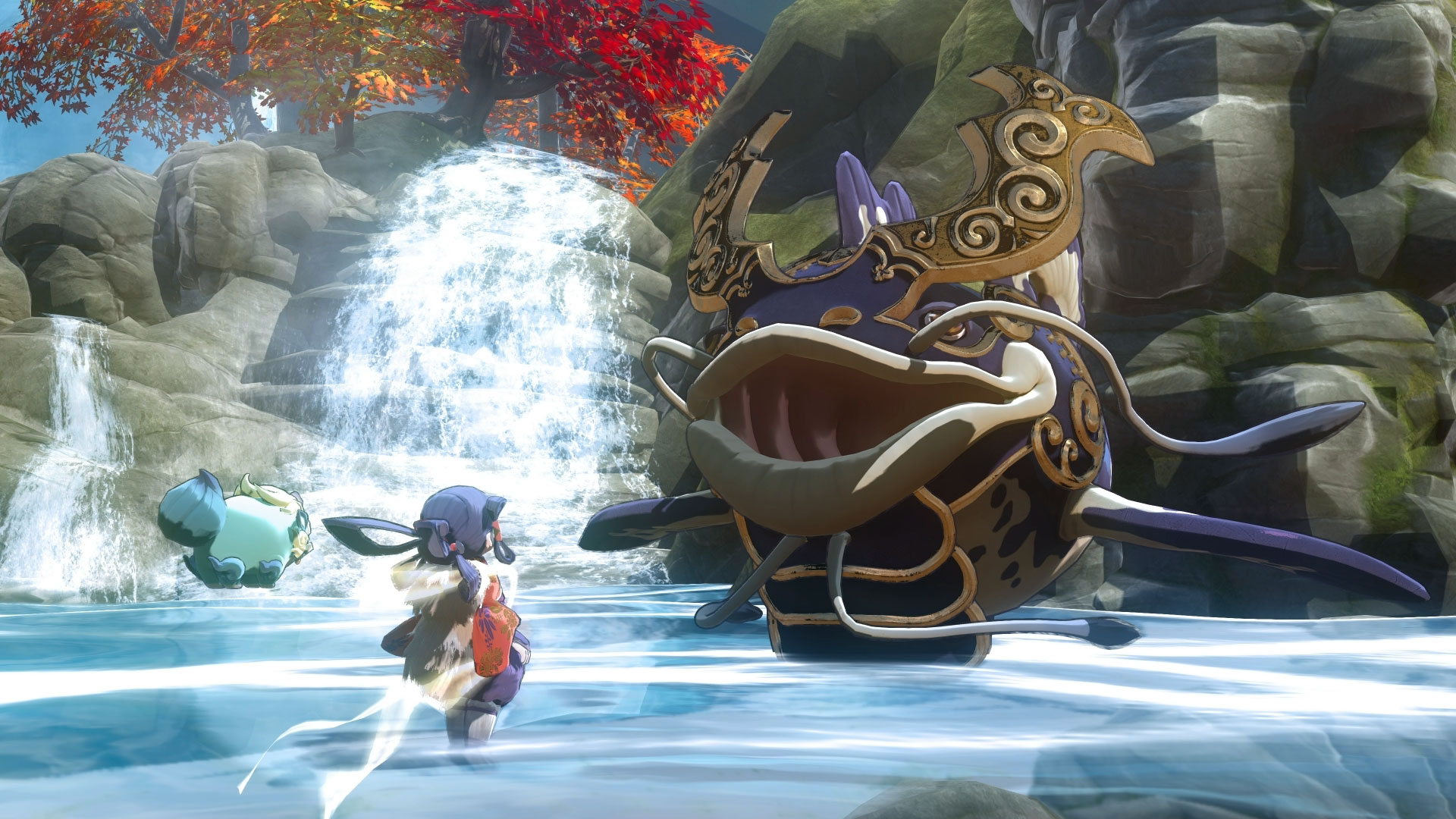 Sakuna needs to get stronger because there are monsters outside the village and this is what the PAX East demo I got to play focused on.  The lines to play were already long enough without the more relaxed farming section to slow things down, so the Sakuna: Of Rice and Ruin demo was pure monster-brawling action from start to boss-pounding completion.  Sakuna, being a harvest goddess, uses farming tools to fight, with the one-handed ones used for quick attacks and the larger two-handed tools for heavier, longer-range hits.  Sakuna also has a scarf that she can throw out as a long-range grapple, and when combined with the combo system it makes fighting in the side-view levels a fluid, satisfying experience with a lot of options at any given moment.  Enemies are as susceptible to environmental hazards as Sakuna is so there’s always a good reason to toss them around, even if it’s just to throw one creature into another.  It’s also handy for positioning, which was necessary during the boss fight against a giant skeletal rat-demon.  It takes a bit to get used to, because Sakuna zips past the enemy instead of stopping at it, but it didn’t take long before I was zipping all over the screen, launching one enemy into another before sending them airborne again with a massive swing from my combat rake

The levels are for more than just combat, though, because Sakuna picks up all sorts of handy items along the way.  Cooking items, fertilizers, seeds and other goodies are hidden in stashes or drop from enemies, not to mention new weapons and armor.  Better combat tools are nice, of course, but when Sakuna gets home she’s going to need all the harvested materials to whip her farm into shape.  The two actions of farming and combat couldn’t be more different, but the results of each feed into the other making the two very different halves part of a single whole.  Or at least that’s the theory, seeing as I have yet to get a crack at the farming aspect.  Even so the combat was a ton of fun, fast and fluid and loaded with moves for any situation.  If the farming element can match the fighting then Sakuna: Of Rice and Ruin should earn a strong spot on the Most Anticipated list, but even without it’s still shaping up to be a fantastic action brawler.