The Bubble Bobble series has been around since some of the earliest days of gaming – and now, after a long absence, it’s set for a revival on the Switch. Bub and Bob return to tackle over 100 new levels full of action. The game features solo and co-op play with, as the title implies, up to four playable characters at once. There’s also a co-op mode to add to the fun. BB4F will get a digital and a physical release, with the latter coming thanks to NIN Games. Both the physical and digital version will set you back $39.99. The Switch doesn’t have anything quite like Bubble Bobble on it now – and with the last entry being on the GBA, it seems pretty fitting for it to return to a Nintendo portable as well as a console. We’ll be keeping an eye on the game’s release as it draws near. 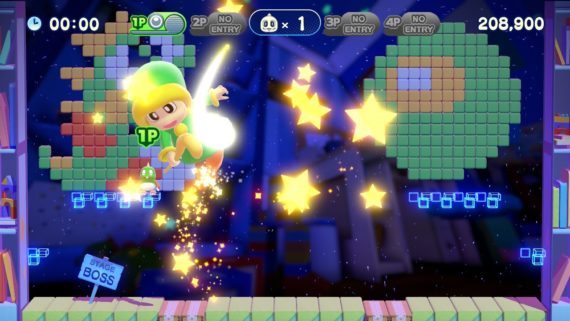