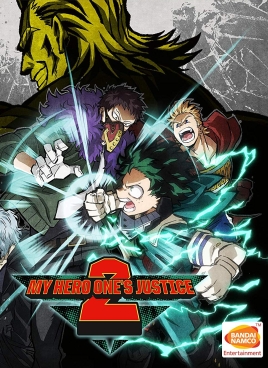 My Hero One’s Justice was an oddly-named, but well-crafted 2018 video game adaptation of the popular My Hero Academia. As one of many anime-based arena fighters, it ran the risk of being lost in the shuffle – but its combination of fast, fluid action and a well-crafted retelling of the some of the anime’s best stories up to that point allowed it to shine brightly. It was hurt by poor AI at times, but was aided by having a solid amount of post-release DLC — including an arcade mode to help keep the game fresh and exciting. Now, two years later, the sequel is out to not only retell another part of the anime — but also to provide more gaming thrills for fans of the series.

The first game’s story focused on parts of season two and three, while the sequel picks up where that left off and ends at around the midway point of season four. Like the original, you have a somewhat wonky retelling of events with still shots of the show blended in with in-game engine recreations of events alongside battles. When it comes to following the anime’s story, the game series isn’t the best way to do it — but if you’re a fan of the series, then it’s a good way to play some of the franchise’s best moments. Most of the story is told through colorful manga panels, with a few cutscenes being thrown in. Going through the story mode allows you to enjoy things from either a hero’s or villain’s perspective. Unlockable items and characters can be unearthed thanks to this mode and completing certain missions is a nice way to grab goodies, but it can be frustrating as well. Failing a mission doesn’t just allow you to retry quickly, and instead requires you to go through all of the menus again to replay it. There isn’t a lot to sink into with the story mode and that’s a shame.

Fortunately, the free battle mode has been revamped. Now, you can play with your assist characters for multiplayer action. When you have all four characters on-screen at once, you get a sense for the old Power Stone series from the Dreamcast era — only with superheroes. The big downside is that you have to have four human players here and there isn’t AI — so while it’s a great party mode, it isn’t something that can be replicated with AI and that hurts the longevity. Mission mode has also been completely overhauled, offering up more variety and complexity as a reward for playing a lot of the other modes. Using the money earned from them, you build a team up of either heroes or villains to take out rivals trying to destroy parts of the city. Damage carries over from battle to battle and between-fight health pickups aren’t a guarantee, so you have to fight smart and try to not only win quickly, but safely to fight at as close to full strength as possible. Success means a nice boost to your stats and the addition of RPG-like mechanics helps keep a sense of ever-evolving progression for your characters. 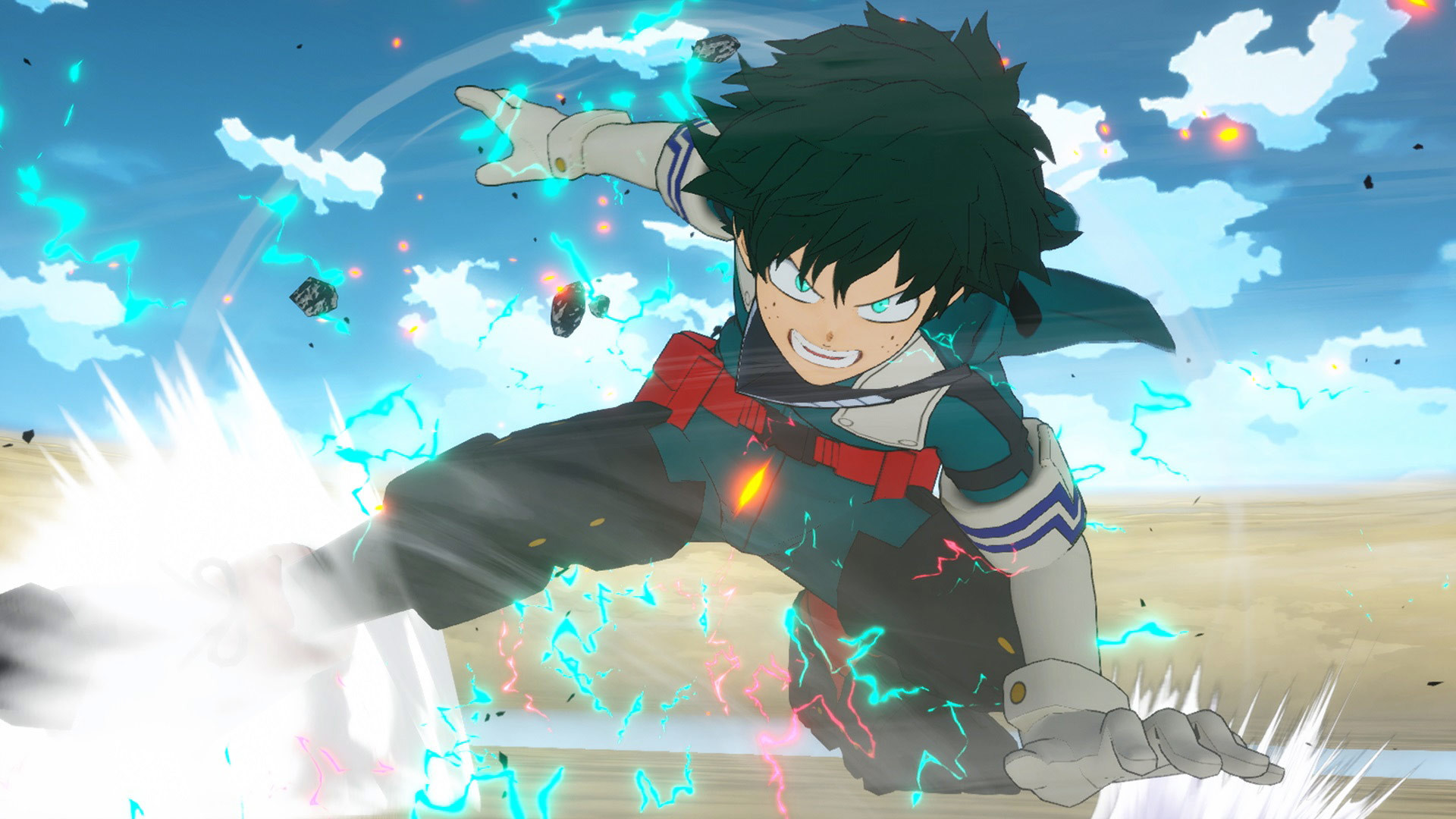 One’s Justice 2’s arena fighting is in-depth thanks to its diverse roster and different types. Switch fans who love ARMS will be familiar with that setup as every character type plays different. Some are better at close-range combat, while some excel at swordplay and others are great from long-range. Traversal is top-shelf and has been nicely improved from the original. Dashing and air dashing keep the action fluid, while the addition of dodging allows you to evade attacks. You can’t just spam this, however, as evading will use up some stamina. While the core combat is one on one, you do have two assist characters alongside you.

You can use them on either offense or defense to help with combo strings for the former or to break combos. There’s a risk/reward factor to this though, as you’ll lose half an assist gauge for offense and all of it for defense. On one hand, you may be able to mitigate damage temporarily, but have to rebuild that gauge in the meantime through smart, efficient fighting. Avoiding damage can be tricky — especially when facing ranged foes, but winds up being worth it as you learn new ways to properly avoid attacks. Dashing can help although with projectile-based rivals, it won’t do you a ton of good. Dash cancelling can be a lifesaver in those instances as you can fakeout opponents and have them waste valuable time — opening the door for your own offense.

One Justice 2’s fast pace manages to recreate the essence of the show while still providing something that is, for the most part, easy to follow. When you have a lot of action, the camera zooms out and that allows you to see everything — but it also makes it harder to accurately judge depth. During regular one-on-one combat, things are easy to see unless you’re in an area with a lot of destructible objects. While it’s thrilling to send enemies through them, the camera does tend to get stuck behind them and that can completely block your view. Fortunately, moments like this are relatively few in number — but still dampen the experience. 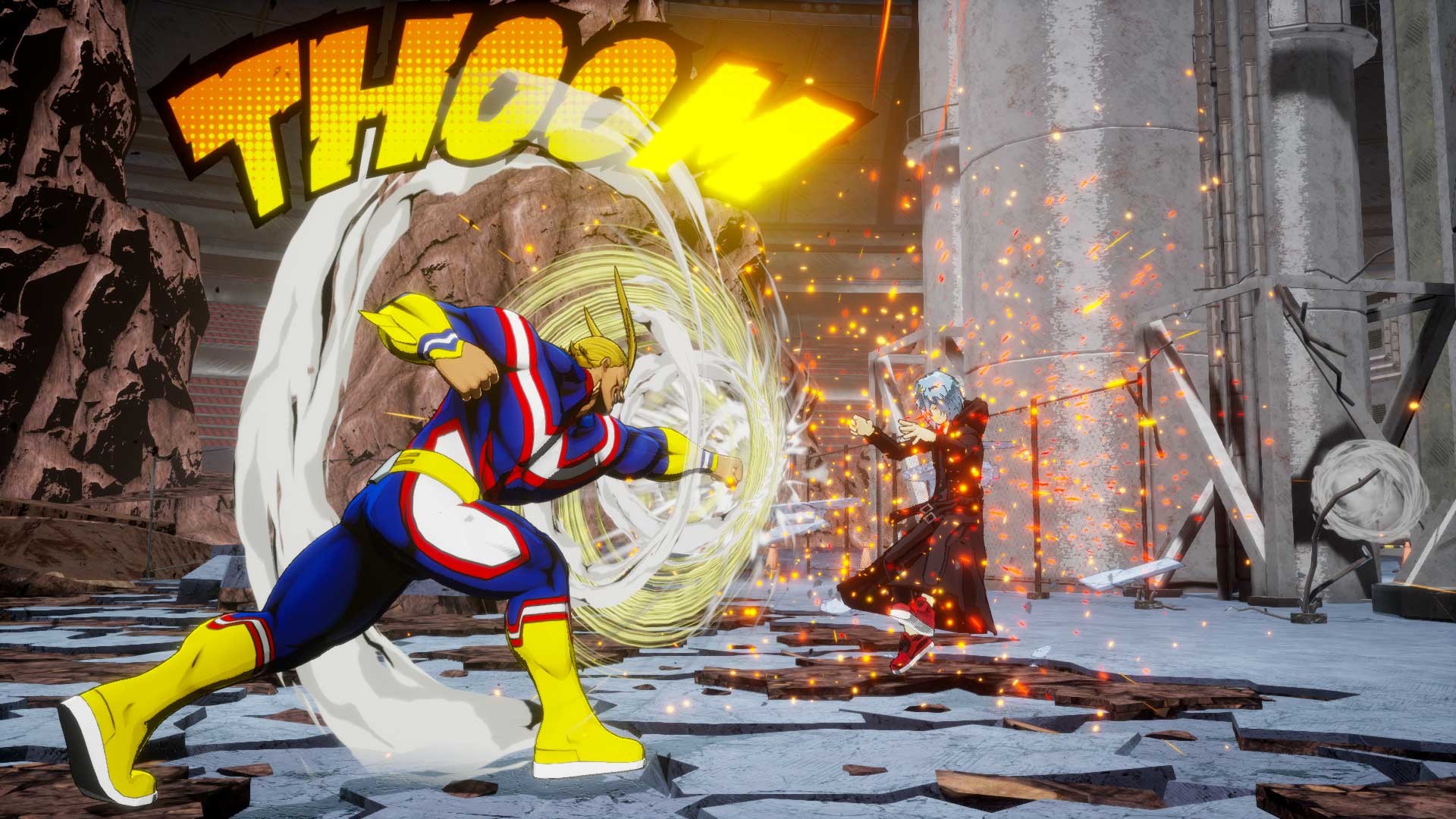 Visually, the game looks pretty much the same as the first with the character models all looking fantastic and environments looking rough around the edges. The use of cel shading for the characters allows them to perfectly match the source material. Facial expressions are captured flawlessly, with a lot of exaggerated closeups on both faces and bodies during super moves showing the game at its best. Where things lose their luster is when emphasis is placed on the environments. While things like objects don’t look bad, the environments themselves have a muddy look to them no matter what hardware you’re on. This doesn’t hurt things during play since you’re focusing on the battle, but it still doesn’t match the greatness provided by the characters.

One Justice 2’s audio presentation is fantastic — provided you don’t mind the usage of Japanese audio with English subtitles. The soundtrack is straight out of the show and is top-notch. It’s got a mix of high-energy rock and gets your blood pumping. Slower songs are used for things like menus, but still get across a heroic vibe with things like quick guitar licks thrown in for menu selections. The Japanese voice work perfectly fits the characters and doesn’t hurt things even as a fan of the English dub. There’s a lot to love about the sound design during battles too — with intense ones allowing sound from a good set of headphones to intensify the impact of blows as it surrounds your head. 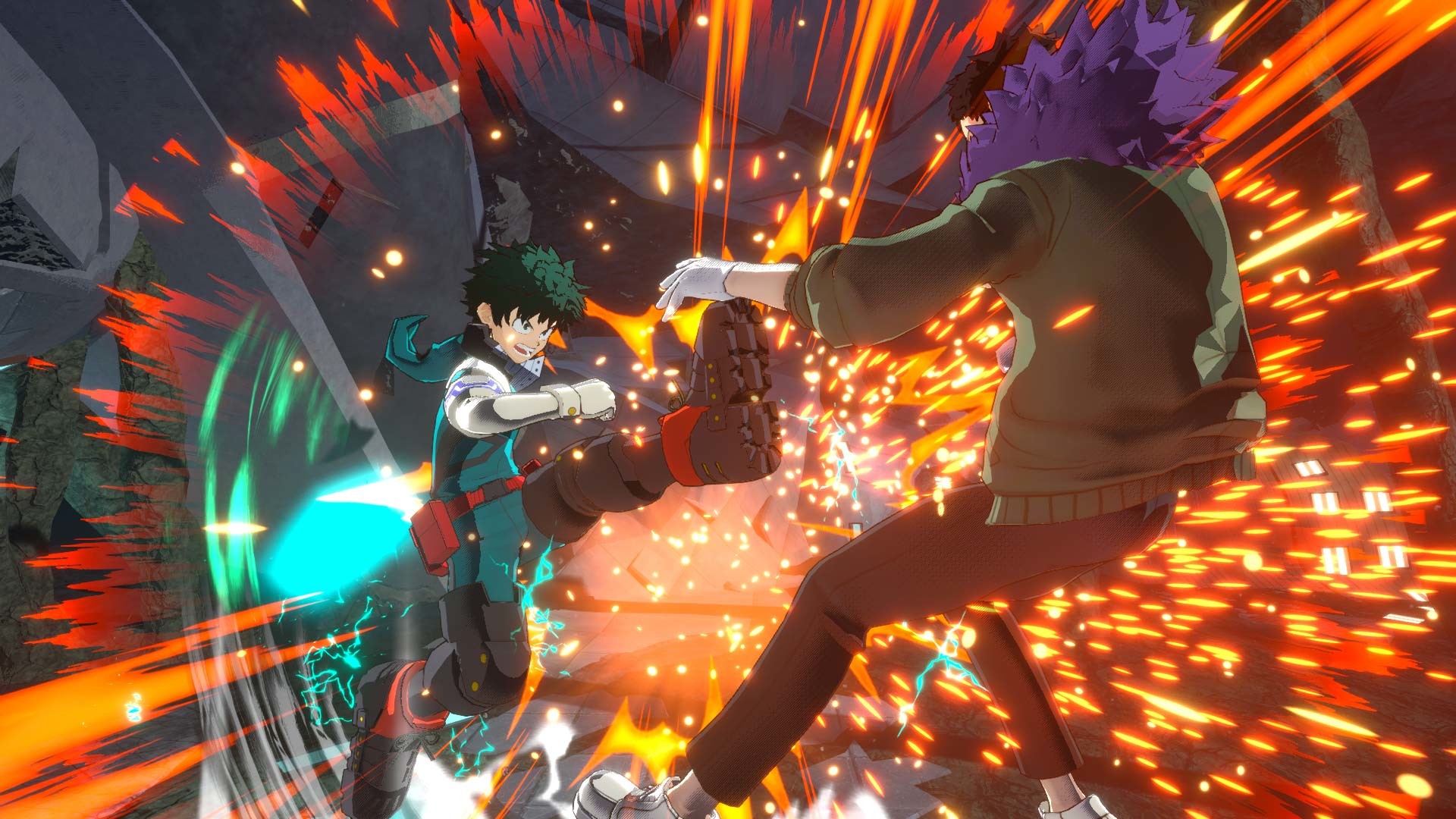 My Hero One’s Justice 2 continues the franchise’s trend of bizarre naming and sub-par story modes, but greatly improves on other aspects of the original. Combat pacing is faster thanks to an increase in mobility on the ground and in the air, while the mission mode has been greatly improved to add some RPG-esque mechanics to the core combat. Fans of the show looking for a way to recreate its action in game form will be satisfied, but due to its mid-season runthrough of storylines, the games remain a poor way for new fans of the series to be made. Still, if you don’t care about the plot and just want a great arena brawler, this is a good one to pickup for non-fans of the series as the bright character-based action helps transcend genres.