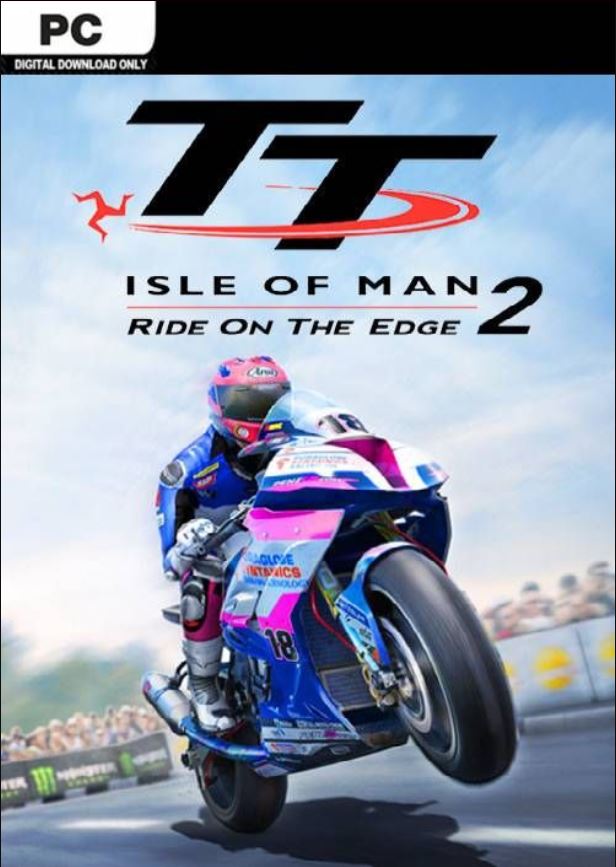 When it comes to motorbike games, the genre is few and far between. Milestone basically has a lockdown on the genre with all FIA licenses. These games, however, are geared more towards a grand prix style of racing. One would have to go way back to the days of the PlayStation 2 and dig up one of the more underrated titles that was late in the console’s cycle with Tourist Trophy. Last year, Bigben Interactive granted the developer KT Racing an opportunity to do something different with TT Isle of Man – Ride on the Edge. This pure riding simulator focused on physics and realism as players would participate in the world’s most dangerous race, the TT Isle of Man. The sequel is now available with TT Isle of Man – Ride on the Edge 2 and it makes the price of admission even more sweet.

Never have I experienced a game such as TT Isle of Man – Ride on the Edge 2 and I actually ride motorcycles. The team at KT Racing has worked with professional riders to help implement proper physics into the title. Rider Davey Todd even used the previous title to prepare for the actual race as the game captures the proper feel of a bike and has the layout of the course correct. The team also eliminated the direct steering in favor of a gyroscopic effect that allows players to properly judge and feel the apex of a corner. Braking has also improved from the last title and if you find yourself braking too hard, the bike will become unstable. The suspension also comes into play as you will feel every bump depending on the surface and all of this encompasses a truly realistic experience that isn’t seen anywhere else. The game is setup to be a simulation, but there are plenty of assists here that truly ease you into becoming a better rider. Getting used to the feel of the bikes and testing your limits is key, just like real life.

For TT Isle of Man – Ride on the Edge 2, the biggest addition comes in the form of a career mode. Career Mode adds some longevity to the title and allows you to join a team and work your way towards the big race. Outside of the main Isle of Man, KT Racing has added Ireland and the United Kingdom with different streets and configurations. During your career, you will manage your championships and participate in varying difficulties of championships and events. You will also unlock challenges that will grant access to perks. Much like the Forza series, there will be small perks that can be used that will go in your favor. You will also have the opportunity to purchase upgrades for your bikes. The licensed bikes in the game aren’t huge in numbers, but what they have are good choices. 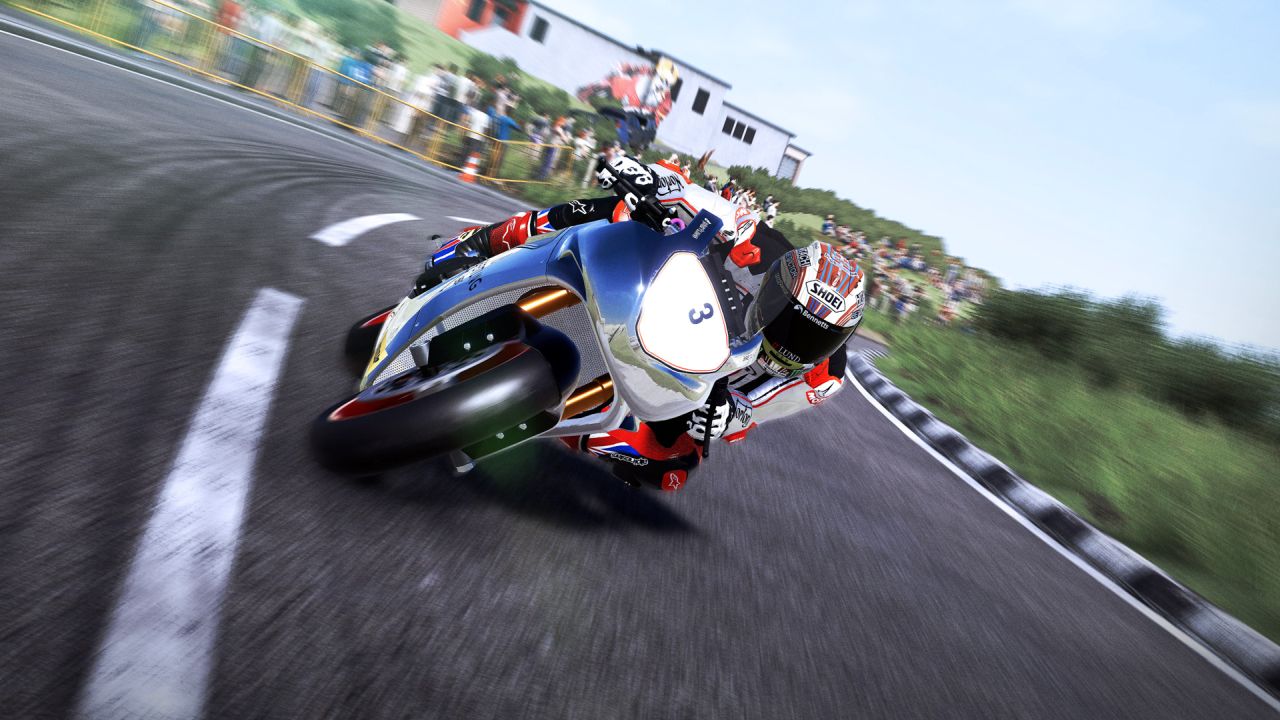 Kawasaki, Honda and Triumph feature more recent bikes and there are a handful of historical bikes which need more of a presence in the series going forward. I love taking out the old Yamaha and Suzuki in the game. The physics take into account the brake and tire temperatures as basically every major component of the bike is monitored and affects the handling. It’s worth noting when racing the AI, it mainly sticks to the same line. Collisions are okay but when traveling at high speeds, bumping another rider will most likely cause them to crash. Speaking of crashes, there are some rag doll physics on the animations and they can be either horrifying or hilarious. The sleeper addition to the game is the free roam mode. There’s no racing and it can be used for training and practice. The team literally provided the backdrop of Ireland and the UK to just cruise around in. What’s even better is that there is no traffic! The immersion factor is huge in Ride on the Edge 2. You have a choice of a few different camera angles including first person while on the bike. The sense of speed is so fantastic in the title that you will build the same anxiety that you would on a bike. It’s fantastic and the idea of the team implementing virtual reality in the future would probably consume players. There’s also an airport that can be rode on to test out the top speed.

While the sense of speed is quite marveling in Ride on the Edge 2, the visuals are hit or miss. I reviewed this on PC and with an Intel i7-8700 and a GTX 1080ti, I was able to achieve 60 FPS at 4K most of the time with full Ultra settings. If there was an area with a lot of shrubbery and I was going full speed with motion blur in full effect, I noticed the frames drop. There is a FPS counter in the game, but it does not work very well. Everything, at a distance, looks really good. There are plenty of colorful flowers that drape the landscape and rays of light coming through clouds to really help with the immersion. However, when objects are up close, you would think the game engine was designed in 2005. The crowds look like they were pulled straight from the PlayStation 2 and player models don’t really stand out. The bikes look fairly well but there is a bit of overcompensation on reflections. Everything that is colorful in this game does truly pop, but the details are left lacking.

The audio is fantastic across the board. These bikes are loud and mean. In comparison, the MotoGP series sounded solid and Ride on the Edge 2 blew it out of the water. These sounds are truly an orchestra to hear. You can even pick up on the bike scraping the road if you are deep in a corner. The sound on collisions can seem a bit off at times in terms of the resulting sound being confusing. Tires squeal and the exhaust pipes will backfire and all encompass that excellent degree of immersion of racing a superbike. Outside of the modes mentioned and a time trial, there’s online play for Ride on the Edge 2. There’s no lobby system and there are three races that can be joined. With the free roam mode in the game, KT Racing needs to consider combining this with a live online component to just ride around with other players at these locations. 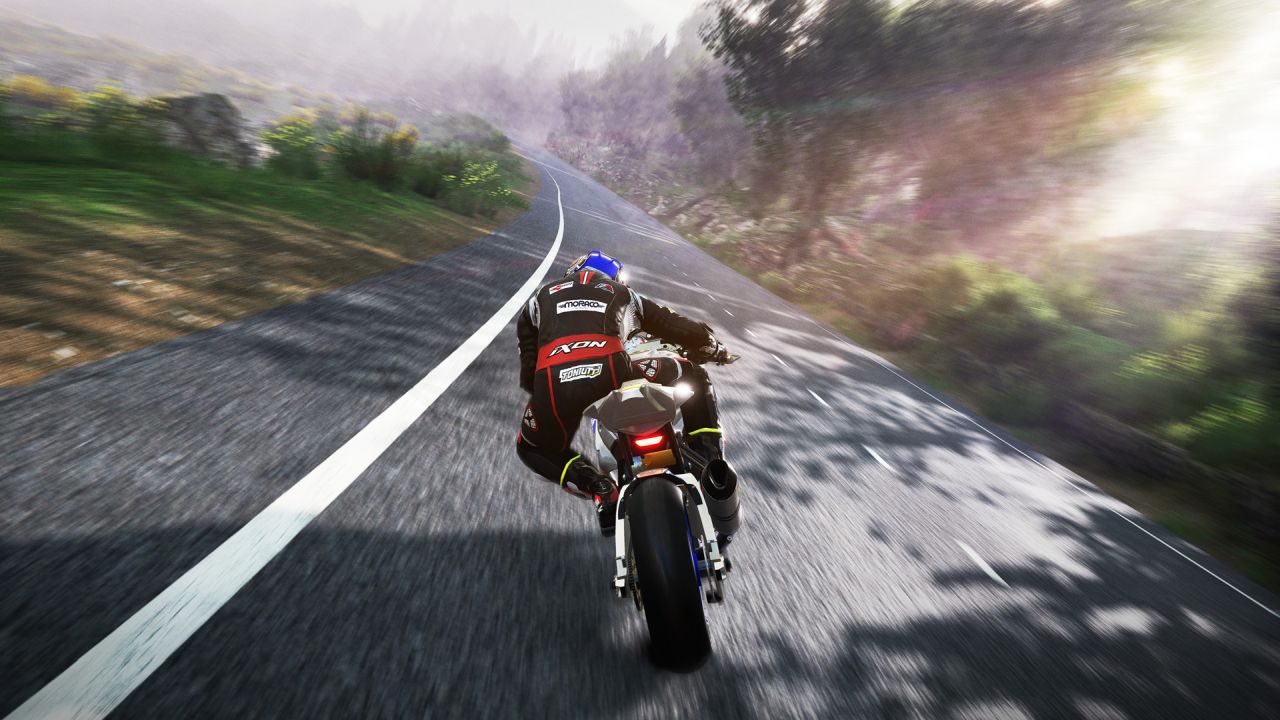 Motorcycle simulations really haven’t ever taken off in video games, but since racing games are at their peak in today’s world, there is certainly a market for it. TT Isle of Man – Ride on the Edge 2 provides not only a unique riding experience for players, but is also a helpful tool. Racers are using the game to prepare for a real race and the changes to the physics system nearly replicate a real riding experience. It’s amazing to get lost in the immersion of riding and cornering in these beautiful locations in Ireland and the UK, not to mention the actual Isle of Man itself. The visuals do have some way to go, but the overall feeling that comes from riding and the sound of the bikes more than make up for that. The game also only retails for $40 and I recommend that anyone who actually rides these types of bikes give TT Isle of Man Ride on the Edge 2 a go.