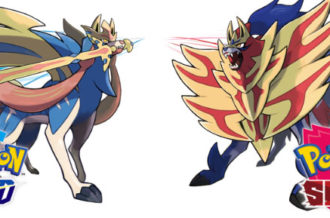 I want to say it was a couple of years ago that I first saw an early trailer for Hunt: Showdown. It was one of those things where I was intrigued and did one of those “huh, I’ll file under interesting” type things in my brain and then forgot all about it. Until recently, that is. Hunt: Showdown has been out on Steam since late 2019, with formatting for consoles launching in the past month. It wasn’t until then that I actually picked it up with a squad of buddies. It’s a title that prides itself on its 1890s setting in the Louisiana bayou during a time when monsters roam the earth. Players choose hunters with specialized loadouts for online play. The game has surprising depth in its gameplay as there is both PvP and PvE at the same time during matches. Yet Hunt’s most impressive feature isn’t actually its gameplay, it’s the impeccable sound design that sets the tone for the title and also serves as a structural backbone for how you play. Let’s take a dive into how developer Crytek brought a supernatural bayou to life.

Immediately we’re immersed into Hunt: Showdown’s lore through its music. The main theme for the title, “Rise Up Dead Man,” gives us desolate feelings for the title. We are cursed hunters. Our life is to collect monster bounties and try not to die while doing it. This opening theme is chilling as it features no lyrics of any kind — just a stark melody contrasted with humming. A chorus of stomps and clamps soon chimes in to accompany the hums. It’s a theme that sets a strong mood for the setting and overall gameplay. It’s not a happy melody, but one that urges us on to get down to business. I’ve found myself staying on the title page for longer than needed just so that I can keep listening to the theme. During a developer music stream, the composers for the track discuss how they brought the theme to life by tweaking the pitch of certain voices so that it feels distorted. It’s a melody that is bewitching and pulls us into the setting as well.

While the title’s main theme takes a less is more approach to introductory music, that melody is expanded in a different track as a whole song with lyrics. Port Sulphur Band (a band birthed for the purposes of this game) uses the title’s subject matter to weave intricate backstory into the main theme. Hunt: Showdown is an all online game. It’s not a title that takes a lot of time to develop lore, instead it just thrusts players into the bayou with no prior context. With the addition of actual lyrics, we hear that blues-inspired flavor that lends itself to an 1800s Louisiana. The lyrics push us on fervently:

The soundtrack also features chilling atmospheric tracks that help set the tone and build the world of Hunt. Yet despite the title’s impressive soundtrack, attention must be drawn to its overall sound design. I’m still constantly impressed by how immersive sound is in this title. Crytek recommends playing with a headset to experience the detailed surround sound needed for play. As you learn the tricks of the hunt, players also learn to distinguish cues from the immersive bayou soundscape. From crows that fly up and announce your position as you approach them to the crackling of players stepping on broken glass beneath them. A no-commentary gameplay truly captures the feeling of what it’s like to be constantly barraged by Hunt’s atmosphere.

No sound cue is randomly set off in Hunt. Cues instead are dependent totally on players. So if you hear a gunshot off in the distance, that’s another player taking shots. If you hear the tinkling of chains moving, it’s because either a player or a monster is interacting with them. We can hear the footsteps of other players if they’re nearby. There are so many different sounds that alert us to enemies, that it plays a heightened role in our feelings during the game. Was that a monster that made that noise? Or was it another player we need to dispatch as we vie for the coveted monster bounties? During my play with friends, I’m that paranoid teammate who constantly asks, “was that you making that sound?” When sound design is that immersive, it takes the experience to a whole new level. Every thing making noise is calculated into our decision making.

Hunt: Showdown is a title that prides itself on its sound design. Every thing from the composition of its tracks to the bayou soundscape is created to give players necessary cues. Everything from ambient sounds to player noise helps dictate the way we play. It’s a title that doesn’t build much lore with storytelling, but instead utilizes its themes and composition to give us background information. The southern blues feel from the soundtrack is married with impeccable swamp soundscapes to provide immersive gameplay. Utilizing haunting music to set the tone and vital sound cues to inform play, we’re forced to trust our instincts more. Hunt: Showdown’s remarkable sound design forces us to play with our sense of hearing rather than rely on what we can just see.