Co-op mode in video games typically means there are two or more players working together to assist each in reaching a common goal. Certain games depend on good cooperation skills in order to succeed while others can be the co-op gaming equivalent of the true test of a relationship’s strength: assembling IKEA furniture. Super Mario Bros. Wii was the most recent co-op experience where some leisurely game could result in the death of a relationship but that crown may have just been handed off to Biped. Don’t let the cute appearance of this title fool you. It takes something as basic as walking and turns into into a deliberate process, which when trying to coordinate with another person can be challenging.

Biped has players take control of two cute robots, Aku and Sila. The main game mechanic in Biped is walking but when something we do automatically becomes a deliberate process things can become more difficult. The ambulatory functions of these robots is the main purpose of Biped, and this is done by using the left thumb stick to control the left leg and the same principle applies to the right leg. This leads to the most difficult in game walking this writer has experienced since QWOP but thankfully Biped is a lot more enjoyable with much more charm. 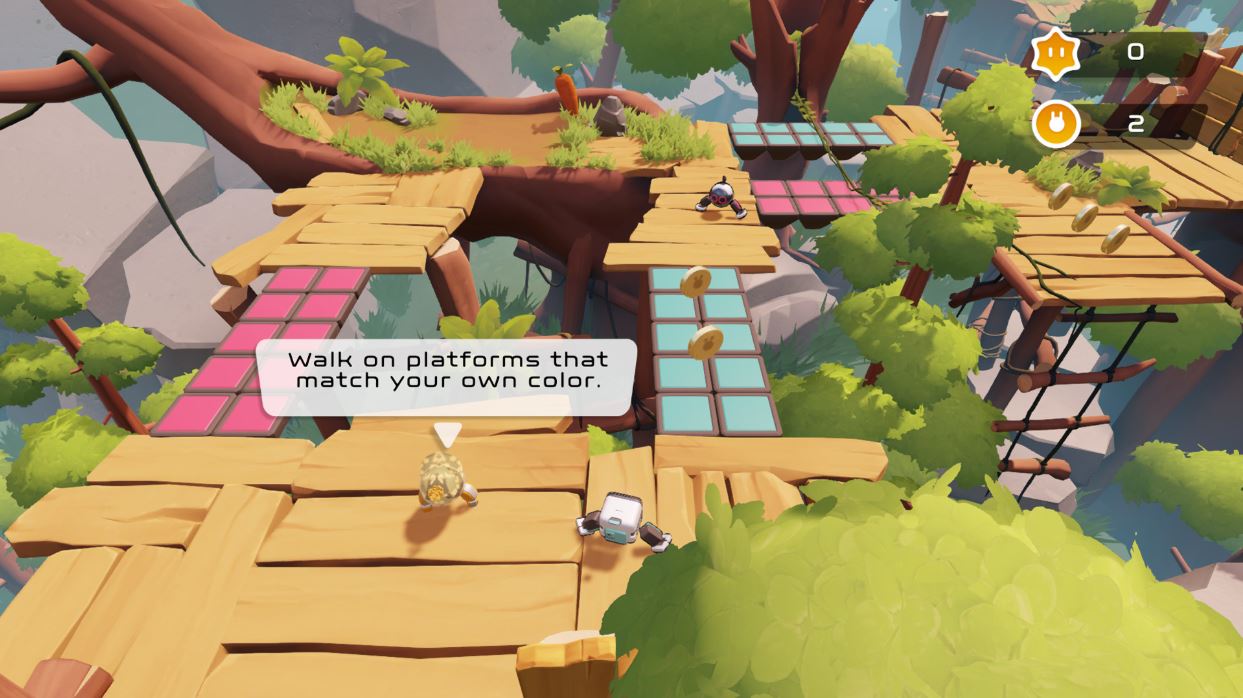 Making each step a deliberate action is a challenge in itself since it is an unusual way for our brains to work, but the real challenge comes from coordinating this with another player. There are challenges in Biped that require extremely tight two player coordination. An example of this is a color changing, rotating bridge that needs to be traversed. The color of these tiles dictates which player can put their foot down, so the two players will need to perfectly time their steps so they can make it across as failure will make the bridge disappear, forcing them to start over. As frustrating as this sounds, getting this right was actually fun and when we did finally get across the bridge there was a genuine sense of accomplishment.

Biped takes place in a cute universe. The environments are brought to life with vibrant colors and the game has a rather tranquil feel to it, despite how many times we had to restart areas during the demo due to poor coordination leading to our untimely demise. To complement the exploration there is an endless supply of coins to be collected along with pairing hats to make the two robots not only coordinated in walking but also in style. 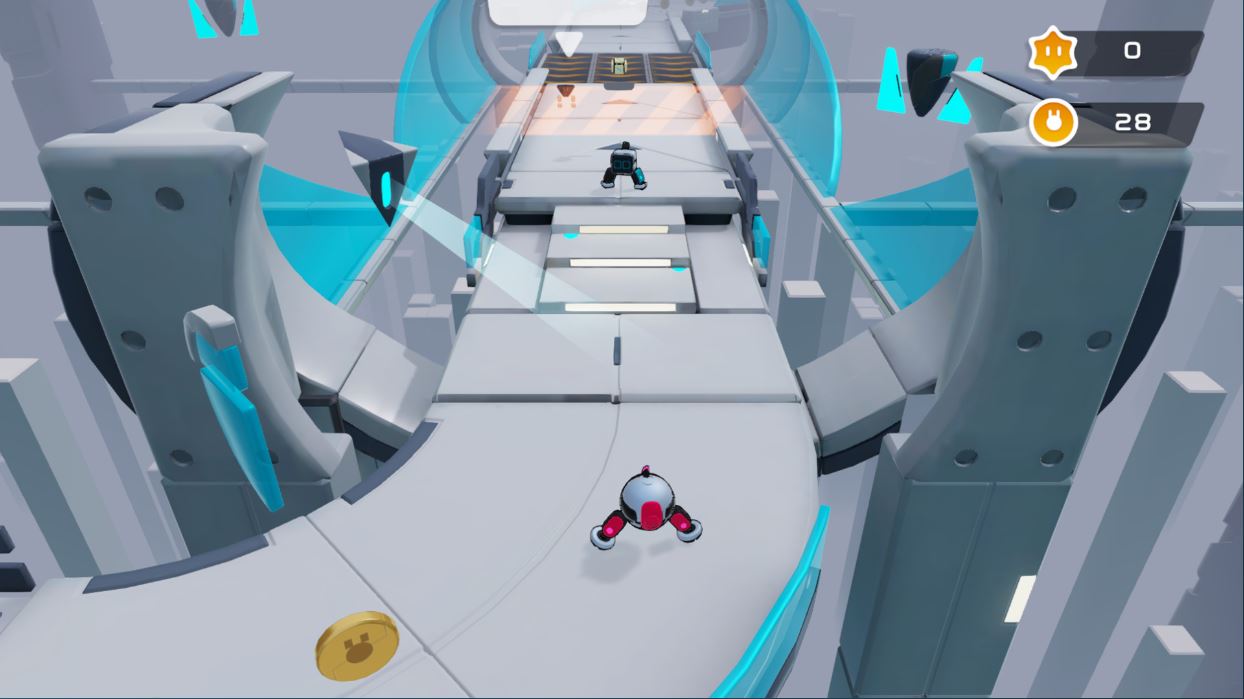 Biped is coming to Steam on March 27. This is a game where it’s almost mandatory to play with another person for maximum enjoyment. The unusual control scheme wasn’t something I was expecting but trying to coordinate my robot’s walking with another person for the area challenges was difficult but that’s what made it fun. The checkpoints are rather forgiving so having to attempt a challenge half a dozen times isn’t so bad and it’s satisfying when the challenge is finally overcome.