When they first came onto the gaming scene in December 2016, Annapurna Interactive’s main goal was to publish games that were “personal, emotional, and original.” And they’ve found massive success in doing so, quickly becoming associated with games focused around notable stories and narratives like What Remains of Edith Finch, Gorogoa, Sayonara Wild Hearts and Outer Wilds. So a developer like Giant Squid, who created Abzu and whose members have worked on Journey, would be a perfect fit for them. For their latest game The Pathless, however, the team heads into their most action-filled direction yet and it looks like it’ll be leading the pack of another crop of winning games from Annapurna.

With The Pathless, Giant Squid goes from the colorful and mysterious depths of the ocean to a haunting and mystical forest landscape covered in darkness. But the setting isn’t the only unique change here. Whereas Abzu was linear, The Pathless is fully open, with one of the team’s goals being to see if they can put a new spin on open-world games. You play as The Hunter, an archery master tasked with exploring a cursed forest in order to find a way to remove the curse of darkness plaguing this world. I encountered one of the giant, fiery beasts behind it in the demo I played, and promptly got owned, kicking me back to the forest in all of its striking visuals. For what may be a simple forest setting with some ruins for now, it just looks so dazzling, with its amazing style, eye-catching colors and smooth animation. 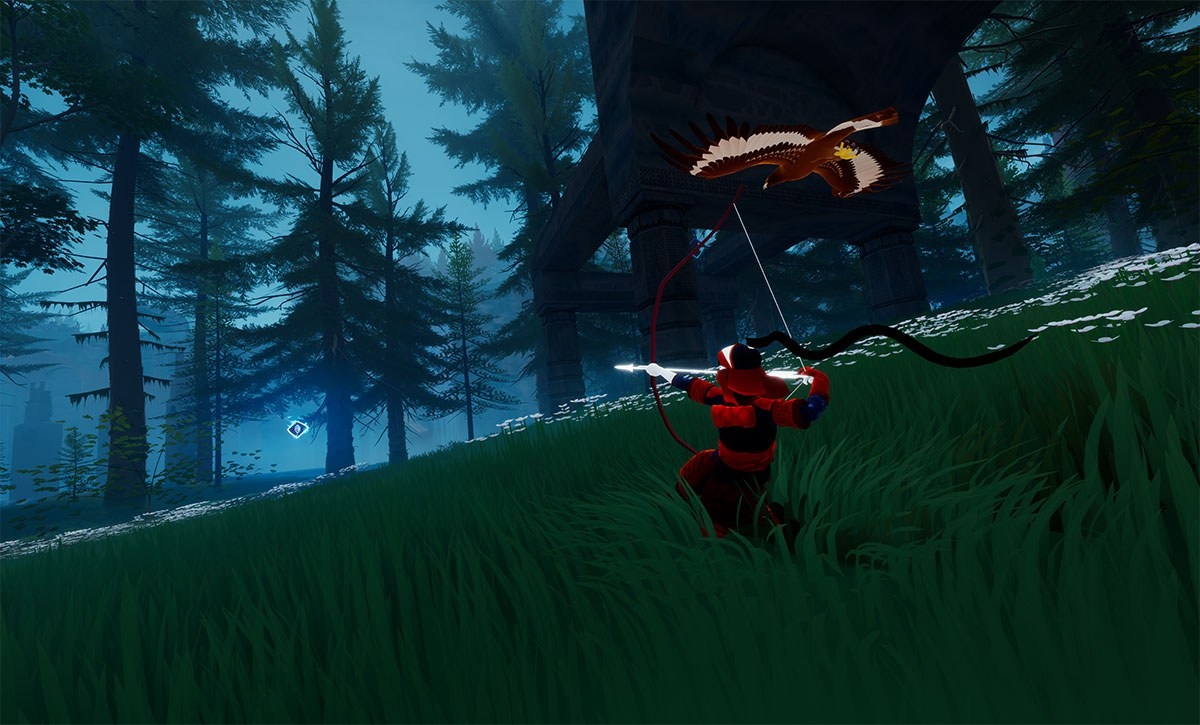 The narrative and graphics here, though, were not the main star of the demo. The demo I played was tailored to give everyone more of a feel for the gameplay and combat in general, learning how to run, fire arrows and glide when carried by The Hunter’s eagle companion. So with that in mind, here’s what I have to say about The Pathless’ movement and action: It. Is. So. FUN. The Hunter can travel around with ninja-like lightning speeds once you get them going, and firing arrows at targets while running around is nice, slick and easy to get into. With every floating target I hit that kept the speed going as I tried to keep a streak up, I felt a little rush of glee. There’s just something about running at top speed, jumping off a small cliff, propelling yourself up into the air with your eagle as you do so, gliding over a long distance and then hitting the ground again, seamlessly transitioning back to a swift run as you prepare you fire off a few more arrows that’s just so satisfying. It’s amazing.

I would arguably be happy if the game was just running around like that across breathtaking environments, but there’s still a lot more to The Pathless. There’s the bond between The Hunter and their eagle, a combination that keeps you at your most powerful and allows you to even pet and clean your avian friend or sees bosses trying to separate the two of you. There are the various puzzles, environmental and regular, that you have to solve in order to activate obelisks that can assist you in taking out bosses. There’s various crystals to collect that can allow your eagle to fly even higher. There’s a rich and detailed world here with a lot to explore. And oh, do I want to explore it all, especially since what I played was apparently only a small taste. So consider The Pathless locked in as one of my most wanted games for later this year. 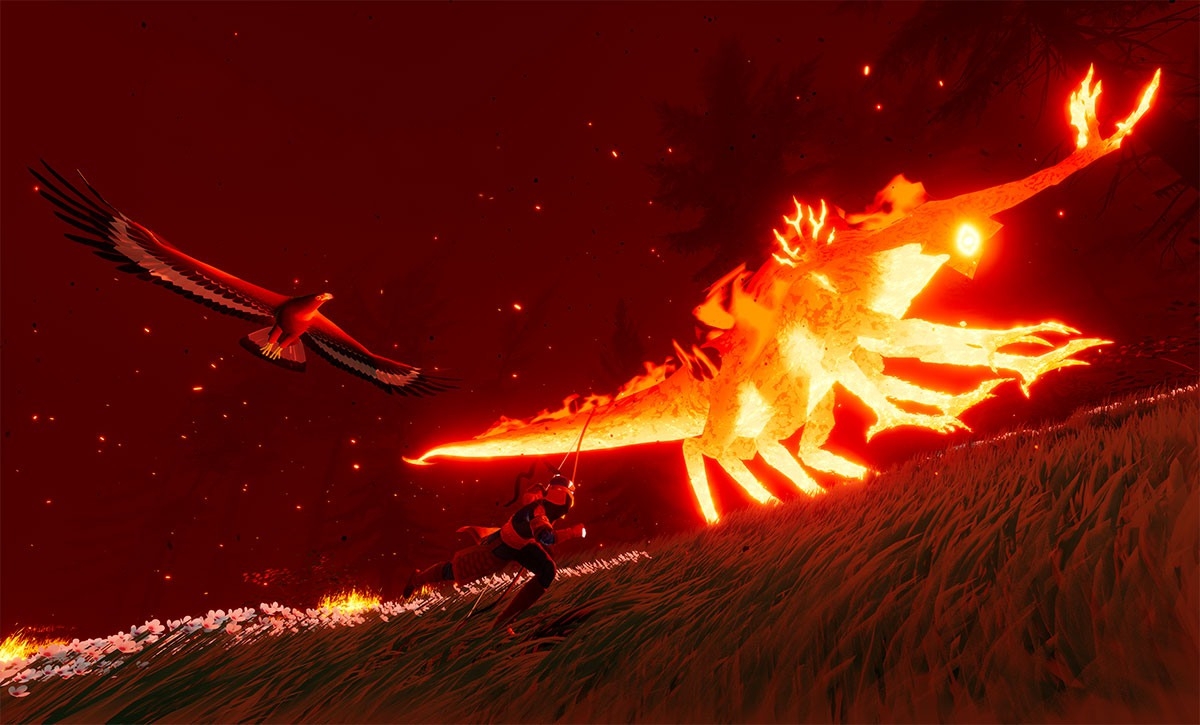 While The Pathless is a notable venture into more traditional action/adventure territory, there’s still a lot of room at Annapurna for more traditional adventure and puzzle games with unique twists, such as Maquette, from Graceful Decay. Although when I heard it was based around puzzles that involved you altering the sizes of objects in various ways thanks to the titular maquette in the center of the main world, one immediate thought came to mind: “is this just going to be Superliminal all over again?” Mind you, given that I appear to be one of the few critics who wasn’t wowed by Superliminal, I doubt many others would say “no” to any games even slightly similar to it. But after playing Maquette, I’m happy to report that this is something not only different, but potentially amazing.

In terms of mechanics, Maquette is a simple game. There’s a model in the gazebo of the little town you’re in that mirrors everything that happens in the real world, so anything you place in the maquette becomes larger in real life. Drop a scale model of a bridge in it and create a real life bridge that lets you cross over a gap. Remove a model of a block in order to clear a path behind the larger version. Place keys in and outside of them to manipulate sizes until you have one that fits the lock you need to open. It sounds easy, but it can be tricky at times, yet rewarding. Of course, the whole reason you’re doing any of this revolves around a love story seemingly involving our protagonist, as narration reveals discussions between them and their significant other of how they met and their life so far. 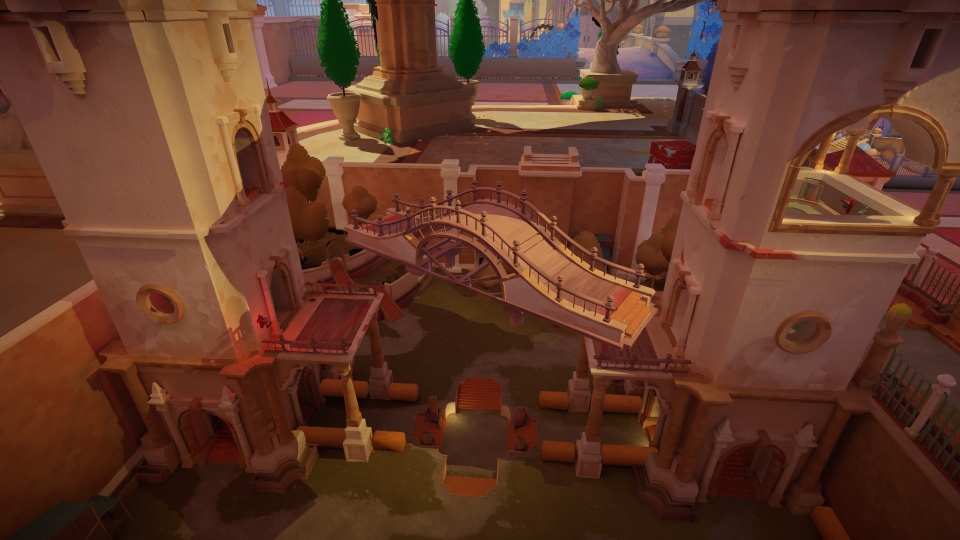 It’s a cute story, and it’ll be interesting to see where it goes. One neat touch is that our protagonist is also apparently an architect, who frequently sketches out buildings, and their lover is also an aspiring artist. So unsurprisingly, what this means is that we get rather striking scenery in Maquette, with lush greenery and vibrant colors adoring gorgeous architecture. This extends to each area taking the form of locales from our duo’s past, such as amusement parks. Though on that note, I do have to raise an eyebrow concerning Maquette’s potential length. If the model is any indication, there are only three or four major areas to visit. Hopefully there’s a twist or more to the world later on, because this is something I’d like to see last as long is could (without dragging out the story, though).

Annapurna also showed off more of Beethoven and Dinosaur’s The Artful Escape, though in all honestly, there’s not much more I can add to it right now that one of our other previews hasn’t already covered. The latest demo featured a new intergalactic jazz club locale and a few multiple dialogue options, but otherwise is was more of the same platforming, guitar strumming, Simon-like performances and psychedelic visuals. Not that I’m complaining, mind you, it’s still fun and still set to be something unique, it’s just anything I say would ironically just be repeating others. 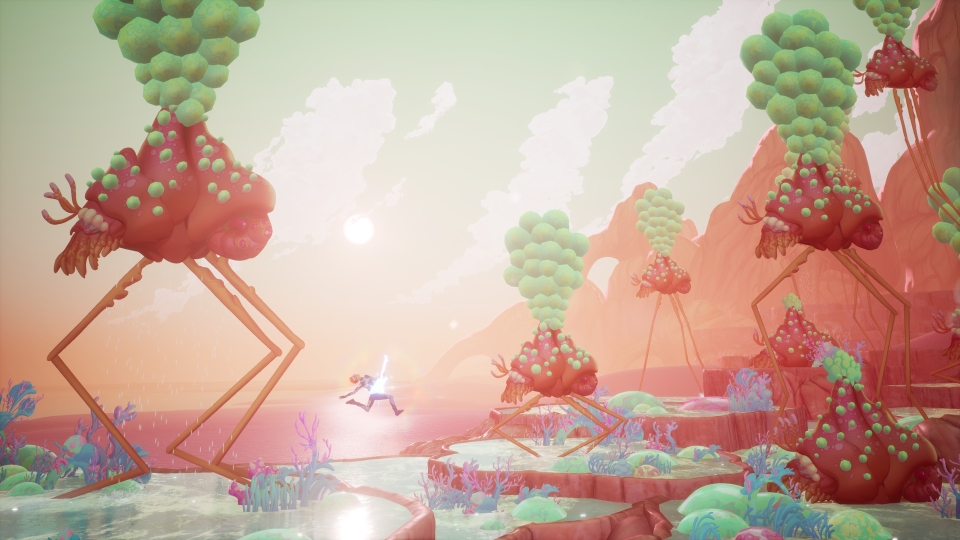 And then there’s If Found…, a visual novel from Dreamfeel about erasing things…and that’s pretty much it. Okay, so there’s also the story of a young Irish girl in 1933 and the problems they face, leading to them destroying their diary, where also telling the tale of a black hole set to destroy the earth and how that relates to this. It’s a fascinating story indeed, but the only gameplay is basically just holding down a cursor and erasing the current scene on screen in order to advance to the next one. Fascinating for those who want a good story, but the central gimmick could be meatier.

So overall, it looks like Annapurna Interactive has yet another impressive crop of unique games yet to come, with all but Maquette due out later this year. The Pathless is a clear highlight, but the way things are going, don’t be surprised if Annapurna winds up with another huge amount of acclaim later on.