In collaboration with Limited Run Games, Idea Factory brings Arc of Alchemist into the physical realm. Currently up on the Limited Run site, the title won’t be available for pre-order until March 31. There are also plans for a PlayStation 4 physical release to be made available on IFI’s online store. To sweeten the deal, eight free add-on DLC will be available for both consoles.

The eight DLCs include:

This new release also features updated system features, the ability to choose and play between seven playable characters and updated UI. Limited Run has specified on their site that pre-orders will close on April 24, with a small number of copies potentially made available beyond the pre-order date. Head on over to Limited Run for more details. 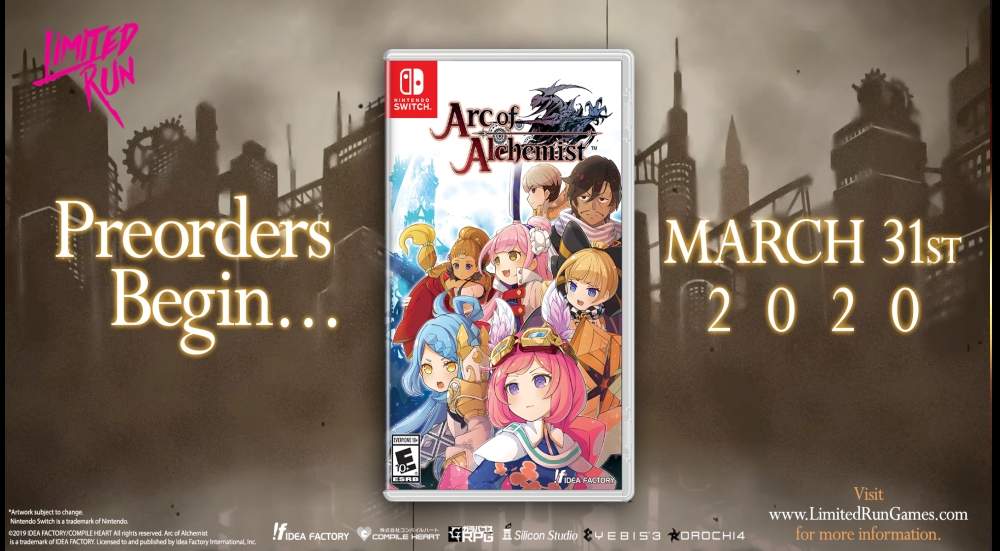