The Elder Scrolls Online will have its sixth birthday this year and shows no sign of coming to an end. Since its 2014 launch the game has continuously received updates and expansions with some major expansions returning players to settings of previous Elder Scrolls titles. Greymoor is the name of the newest upcoming expansion and it takes players to one of the more popular destinations in Tamriel: Skyrim. Skyrim is one of the more well traveled region of Tamriel but the Skyrim of Greymoor is not identical to same province that people know so well from the offline The Elder Scrolls.

Set over 900 years prior to The Elder Scrolls V: Skyrim, Greymoor takes place in western Skyrim and things in the arctic forest are a bit darker than many of us may remember them. Greymoor has the ambitious of goal of weaving one of the darkest tales yet into The Elder Scrolls Online and from what we’ve been able to sink our fangs into this goal may well come to fruition. An ancient vampire lord has cast his metaphorical shadow over Skyrim, plunging the region into a state of gothic horror with an army of vampires, witches and werewolves. Tamriel has never been a place that was free of monsters and otherworldly nightmarish creatures, but this will take things into a much darker tone than we’ve seen from the series. 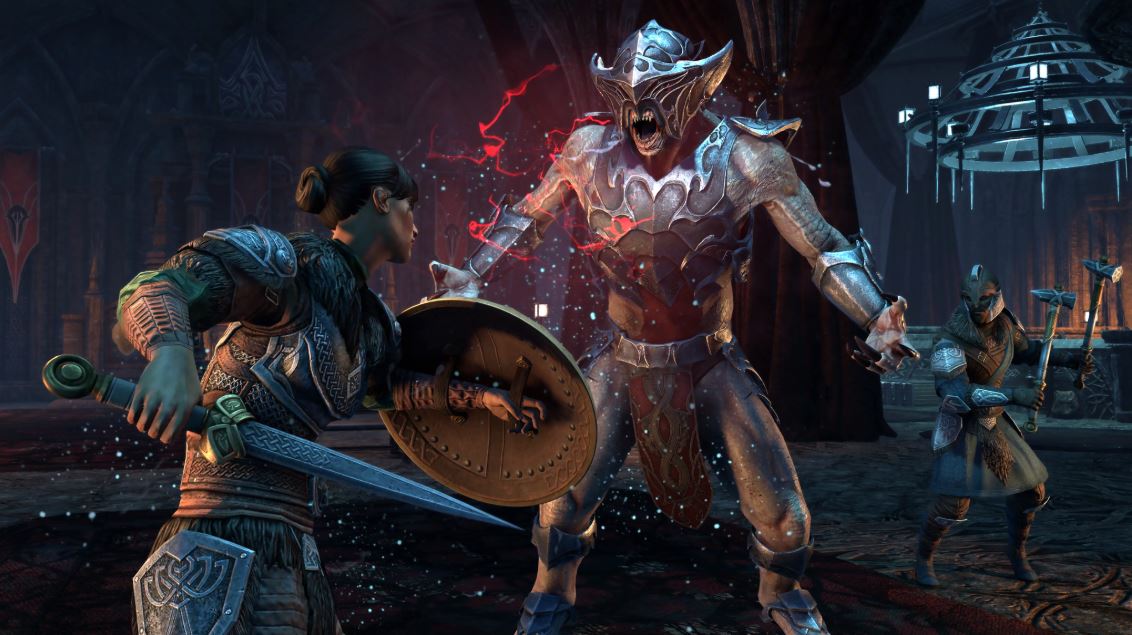 Playing through an early build of Greymoor shows the new content doesn’t hold back in immediately establishing what’s going on Skyrim. Meeting up with some vampiric characters happens early on and offers some graphic details of what their lifestyle entails, though vampires themselves aren’t anything new to The Elder Scrolls. Keeping things vague and spoiler free, there’s of course a larger story arc that also involves other happenings. After running into some NPCs it becomes clear that there’s something sinister and rotten afoot within Solitude, which can bring the player into a feud with the nefarious Icereach Coven.

An interesting aspect of Greymoor is a lot of it does take place underneath Skyrim. Taking place in the past the landscape will be familiar to Elder Scrolls fans, but will not be exactly as remembered, although this emphasis exploring underground will give an an additional fresh perspective on the region. Additional new content includes the Antiquities system, where players can search for ancient artifacts. Where these treasures are located is random, but a minigame can narrow the focus of the search where success can remove false map indicators to where they might be. There is also a twelve-player trial called Kyne’s Aegis, along with new delves, dungeons, quests and quality of life improvements which includes revamping the vampire skill line. 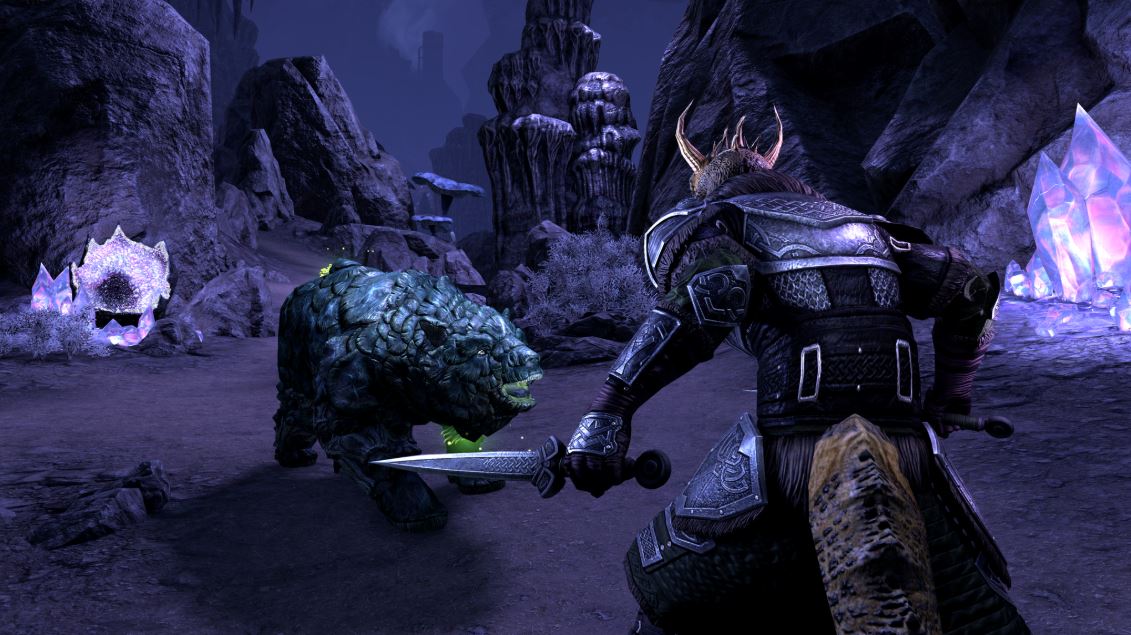