Last year, Seattle-based developer Sucker Punch Productions celebrated the 20th anniversary of their first game release, Rocket: Robot on Wheels for the Nintendo 64, which has likely become the developer’s only title to release on a non-Sony platform. After signing a deal with Sony in 2000, Sucker Punch went on to produce two prominent PlayStation-exclusive trilogies, starting with the stealth platformers of Sly Cooper on PS2, and followed by the open world super-powered adventures of InFamous that spanned across PS3 and PS4. The largely-positive receptions of the six games has led Sucker Punch to become one of Sony’s predominant first party developers alongside Naughty Dog and Insomniac, but since releasing Infamous: Second Son (and its spinoff First Light) in 2014, the team has slowed down their release schedule as they work on their most ambitious game to date, Ghost of Tsushima. Originally revealed near the end of 2017, Sucker Punch has returned to the realm of open world journeys but turned the clock back to the 13th century, as one of the last samurai of ancient Japan looks to defend his people against the invading Mongols. With Sony yet to provide any hands-on opportunities with the title despite it being less than three months until release, one would be better suited to look back at Sucker Punch’s history and the strongest elements of their games to potentially determine the key lessons that went into developing Ghost of Tsushima. 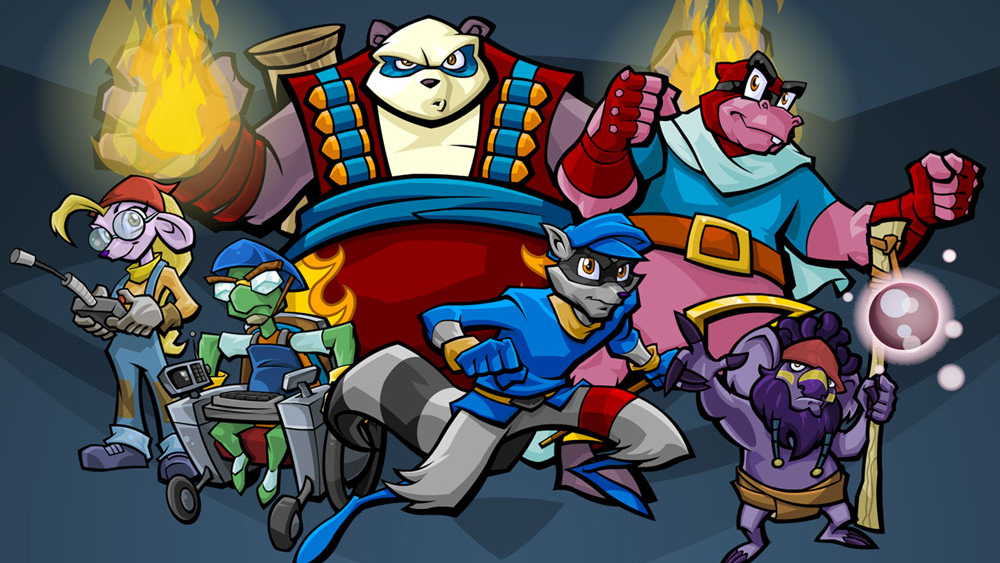 While the InFamous games gradually incorporated more stealth components as they progressed, their anthropomorphic PS2 adventures made silent avoidance a key mechanic of the experience, as the titular raccoon and his cohorts primarily relied upon thievery as their main career choices. As Sly Cooper 2 and 3 explored new ways to push the gameplay forward, players ultimately got the opportunity to not only control other characters outside of Sly, but utilize more gadgets to gain the upper hand on a given situation, including smoke bombs for quick escapes, paragliders for quiet traversal and disguises to blend in and fool the enemies. While the combat of Ghost of Tsushima looks to focus on efficiency and a touch for the dramatic, protagonist Jin Sakai will also have the opportunity to utilize stealth to reduce the amount of enemies in a given area, which is strengthened by his tools including a grappling hook and smoke bombs, among others. As Sucker Punch refined their stealth gameplay through three Sly Cooper games, one can hope that the same reliance on verticality and quick reflexes will provide the same sense of satisfaction that made the classic games stand the test of time.

Although Sly Cooper 2 and 3 explored less linear sections and had a greater sense of freedom in their level design, Sucker Punch’s first true open world title was 2009’s InFamous, which featured a fully-realized metropolitan area known as Empire City. The sizable environment featured plenty of optional encounters, side missions and collectibles to entertain the player outside of campaign missions, all of which helped boost Cole MacGrath’s super-powered abilities and sense of morality. Sucker Punch continued to explore large cities in the form of New Marais and Seattle in InFamous 2 and Second Son respectively, all the while expanding the ways players could traverse the city in quick manners, such as grinding on electric wires or levitation. While Jin’s ability to traverse via horse is significantly less outlandish, the sparse environments that have been shown off so far drastically contrast the hustle and bustle of the cities of InFamous, but still retain that same attention to detail and natural reactions that result from the player’s actions, from the blowing leaves in the wind to the mud and blood flying through the air during a combat encounter. Through a focus on transportation and immersive details, Sucker Punch is utilizing the smaller elements that bolstered InFamous’ reputation to enhance Ghost of Tsushima’s take on a completely different type of civilization. 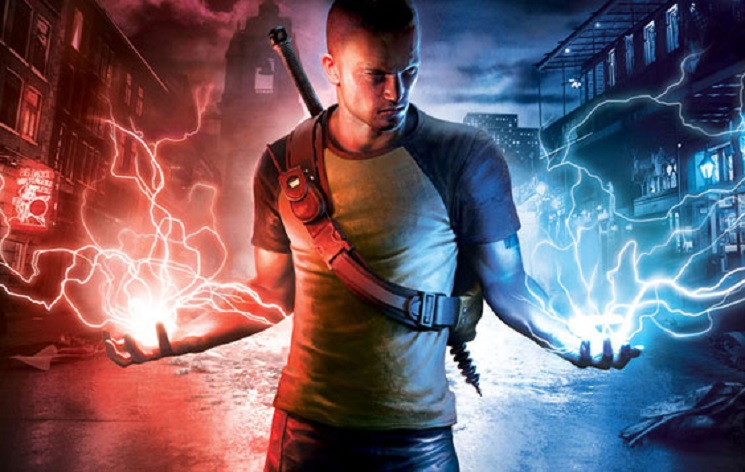 Story has always played a key role in Sucker Punch’s history, from Sly Cooper’s journey to understand and recover his family’s history, to the various superhuman Conduits’ paths to saving or ruling over their respective cities. But what grounds these plots and makes them relatable comes down to the supporting cast, as Bentley’s gradually increasing confidence, Murray’s happy-go-lucky demeanor and Zeke Dunbar’s outgoing nature all compliment the behaviors of their respective companion, with each of them remaining dedicated to assisting their friends as best as possible in these difficult times. While traditional samurai stories can often rely more on introspection and seclusion, Sucker Punch has already begun teasing some of the key figures that will play a role in Jin’s fight, including the conflicted ally Masako and his concerned uncle Shimura. With many elements of Ghost of Tsushima’s plot yet to be revealed, there’s room for additional characters to come in and both encourage and challenge Jin on his quest, and Sucker Punch’s past with deep and relatable characters is a testament to the potential of this promise being fulfilled when the game launches on June 26 for PS4.