If you know anything about Montreal-based developers Thunder Lotus, it’s that their previous games, Jotun and Sundered stood out thanks to their jaw-dropping hand-drawn artwork and unique stories. And their latest game, Spiritfarer, is no exception. But where their preceding work consisted of action games, Spiritfarer is a more calmer simulation game with platforming elements as a means of getting around. Players take on the role of Stella, a ferrymaster who guides spirits into the afterlife, much like classic mythological features like Charon. Here, however, it’s not just a simple case of sailing them down a river and back. The various spirits need to feel comfortable before they feel ready to move on, which involves various tasks including becoming friends with them…all of which makes for what could be one of the most heartwarming, cozy and enjoyable games set to come out this year.

The demo available had us already in the middle of a good chunk of Stella’s adventures. Three spirits were already on board, having taken the forms of various animals. They immediately endeared themselves to me, thanks to their terrific, charming designs and fun personalities, with my personal favorite right now being Atul, the confident, joyful, huge frog. To take care of them, various rooms need to be added to Stella’s ship, either consisting of lodging or rooms such as kitchens, greenhouses, furnaces and more. With these, in between islands you travel to, you can catch fish, cook meals, water plants and various other activities that allow you to please everyone. Of course, sometimes just talking to your passengers is all you need to make them feel better. 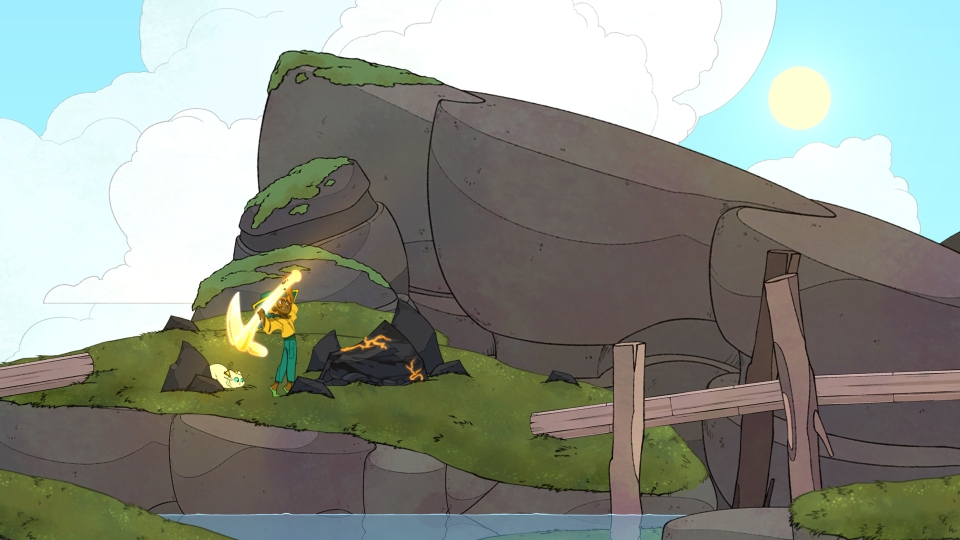 Customizing the ship with all of these rooms is a blast, especially since you can go wild with the layouts, stacking several rooms on top of one another or propping them up with stilts. This also creates an ability to use the smooth platforming to get around, with leaping up to and climbing from certain quarters being a blast. But there’s still a main goal in mind, with various narratives for each spirit. One in particular wanted a lost piece of jewelry from their home town, so after setting sail sail to the correct island, grabbing an upgrade and doing a little jumping to get to a roof, we had the keepsake. And then, aboard the ship, our snake spirit friend said they were ready. Arriving via a small boat in an area with rosy waters and delicate flowers, we hugged, said kind words, had a tender and emotional moment that was executed perfectly, and what happened next as they moved on…is unknown. Well, mainly because the demo ended.

I was also lucky enough to get a sneak peek at a different portion of Spiritfarer in another demo, which focused more on how get spirits on board in the first place. Having set course for an unknown island, we discovered one of the cloaked villagers there, complete with colorful aura foreshadowing their spirit form. They seemed almost ready to begin moving on, but not until they had a room on Stella’s ship that made them feel welcome. So in addition to sawing wood and herding sheep as a favor to get the materials needed (and having to undergo a lighthearted island tour in the process), we also had to set a course for another island. After a little mining these in order to gather the final materials, we finally added the new extension to our ship and our new friend was ready to join. It may sound like it involves a lot of fetch quests, but they’re handled well and they provide an excuse to explore the colorful and even humorous world. 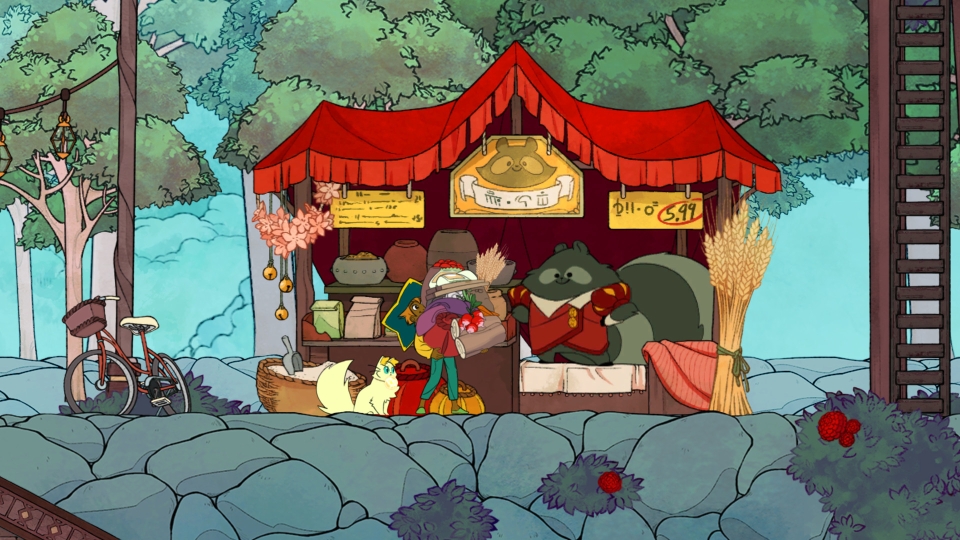 This demo also showed off the co-op play as well, where the second player controls Daffodil, Stella’s feline companion. It seems neat to bring along a friend, but in all honesty, I can’t say that it felt like it brings much to the table. Sure, you can arguably get certain chores done quicker, and certain bits like working a bellows are enhanced by having to push in rhythm with a friend, but in a more emotional and narrative-focused game such as this, I don’t see what co-op adds. It doesn’t detract from the experience, mind you (unless player two annoyingly jumps around at random or something), and of course, since this was only a portion of the game, it could be possible co-op mode gets fleshed out more in the full experience.

If this only feels like a small portion of Spiritfarer, that’s for good reason, as the full game is set to be at least thirty hours long, which likely means way more activities. Which may seem like a lot, but there’s one thing the recent release of Animal Crossing: New Horizons has taught us, it’s that you can easily find joy in the simplest of tasks, even if it just means caring for various animal friends. Here, though, while there is a zen-like quality to going about the ship and assisting everyone, the themes of death and acceptance also create something that feels more poignant and heartfelt. And when combined with a creative and colorful world with terrific platforming and breathtaking animation, the end result can easily be Thunder Lotus’ finest and possibly one of the year’s best gems.