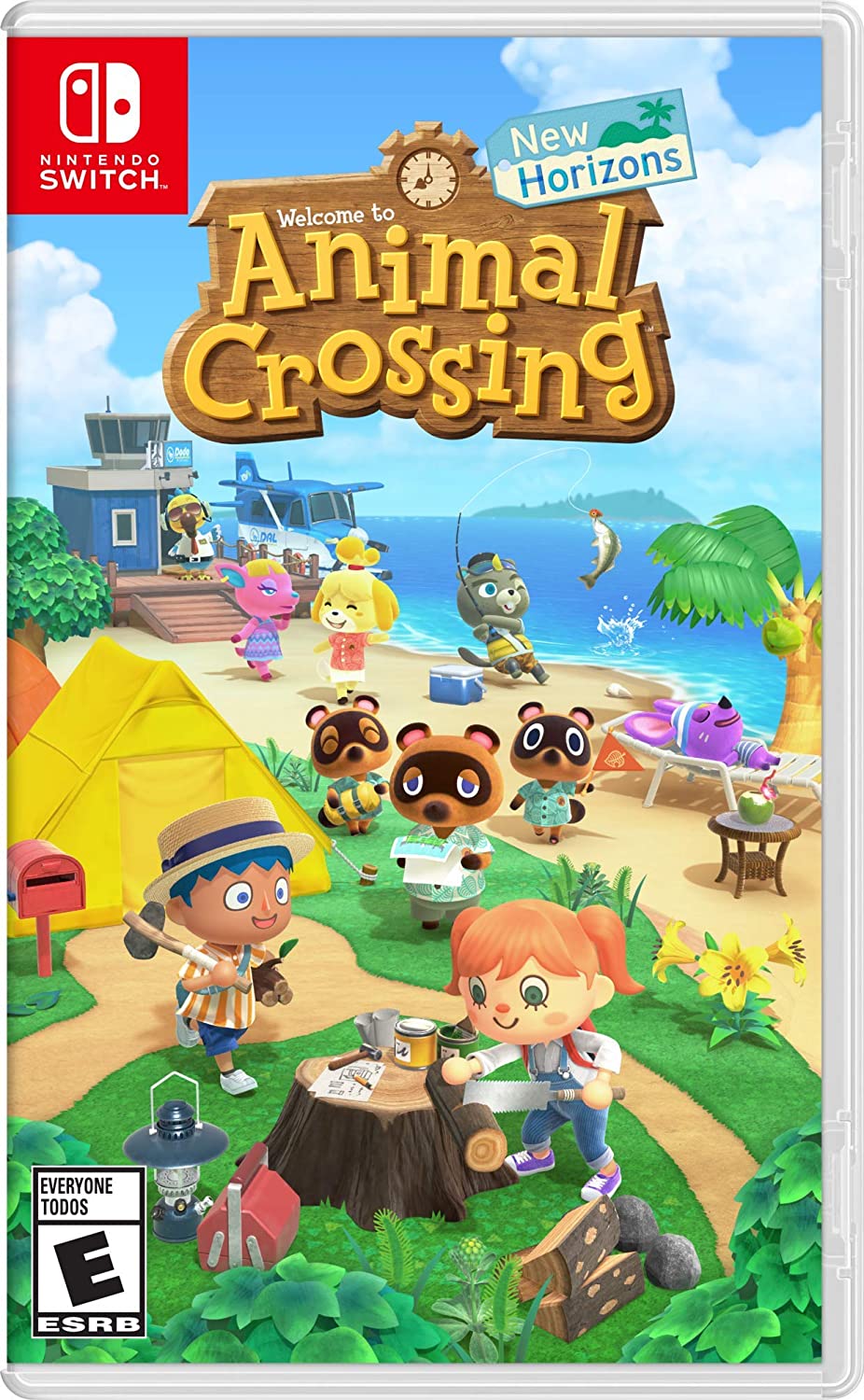 Although it started out on the N64 in Japan, Animal Crossing wouldn’t gain its mass fame and notoriety until it later saw an enhanced release on the Gamecube. The series would only continue to grow from there with each release, until it blew up big time with the 3DS title New Leaf. Following this the series saw a few spin-offs that had mostly well-received reception. It wasn’t until the end of 2018 that we discovered a new Animal Crossing was finally in the works for Switch and a little less than two years later players have finally begun their island lives. So is New Horizons the title fans have been hoping for these past few years?

Life begins simple in New Horizons. Players are getting ready to leave their old life behind and take up residence on a deserted island. Seems like a bit of a stretch, but fortunately it’s all managed by Tom Nook who is there to assure no one is living off the wildlife to survive. Once an appearance has been chosen, the trip to the island begins where players go through a brief orientation and name the island before really starting. Although there’s no real end point to Animal Crossing, there are some goals early on to work towards. The first is setting up with the villagers they arrived with, opening the museum and gaining access to the rest of the island. After that players can begin getting new villagers to join the island until they have a full bustling town.

The core basics of Animal Crossing have remained mostly the same since the original title. Each day runs in real time and throughout the day players can capture bugs or fish, talk to other villagers to help them out and aim to collect bells to pay off the house debt. New Horizons carries this for the most part but has some new mechanics to help expand the experience. The first is the ability to place items outside, which in New Leaf was only available for select items that could not be freely moved once placed. Every item, aside from those hung on walls, can be placed outdoors which can make for unique set pieces. Flowers also won’t wither and die if they aren’t watered which is a huge plus for lovers of petal beauty. New Horizons also introduces crafting which has never been in the series prior. Every rock, tree and weed can be used in different recipes. The basics start out as tools to catch bugs and fish, while later things like giant robots and other wild things are able to be made. The tools are the only craftable item that breaks, aside from ladders and vaulting poles, but getting stronger versions will increase the duration they last in use. Crafting plays a huge role and becomes part of the daily routine that most people tend to go through while playing. Looking for fossils to dig up, catching some critters, hitting at trees for wood and knocking on some rocks for stone. Of course most of these activities will offer the player bells if items are sold, but there’s a new form of currency that’s used for a lot more. 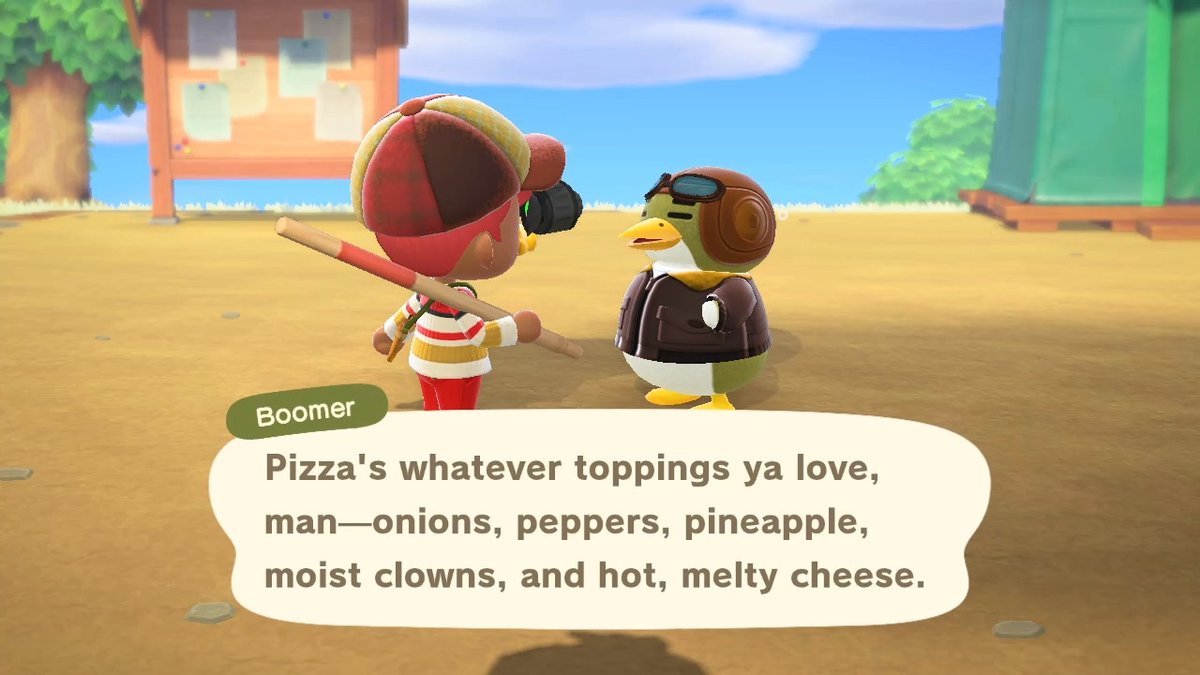 Right as the island life begins, Tom Nook will give each villager a Nook Phone. This phone and its apps are what allow the island to be taken care of. The phone includes a critterpedia where the list of caught creatures is kept, the crafting menu where recipes and items needed can be seen, multiplayer settings, a map, options and more. The most important app, however, is Nook Miles. This new currency is akin to any sort of reward program out there where points are earned through certain objectives. This can be as simple as getting stung by a wasp or catching lots of fish. Practically everything will earn miles and they can in turn be spent on a variety of things. At first this can be as simple as new recipes and furniture but also includes a variety of helpful things like the ability to make pro designs. This is also where players can purchase Nook Miles Tickets, which allow them to go on island tours for supplies or meeting other villagers they can recruit. One of the biggest things that can be bought comes a bit later but is by and far the largest new mechanics in New Horizons: permits.

After successfully growing the town up a ways and reaching 3 stars of approval, players unlock the Island Designer app and the ability to purchase new permits. By default there are two path types that can be set on the ground in order to make some nice walkways for villagers to use. Eventually there are ten that can be unlocked, including the ability to put down custom ones as well. Aside from the paths the waterscaping and cliff construction permits can also be purchased to completely re-shape the island. In every Animal Crossing title prior, the island started with was the one that would be there forever. Now with these new permits, entire rivers can be moved and cliffs shifted to accommodate any theme out there. It’s almost overwhelming at first when they’re unlocked thinking about the possibilities, but it ties in well to the fact that almost every building can also be re-located allowing for full island customization like never before. The only drawback to terraforming the island is that there’s no real clear grid, making the controls and placement a little hard to get used to. Although after a while it will make sense, it’s easy to accidentally misplace or mess something up while working. It’s usually an easy fix, but it would be nice if there was a clearly define grid of some kind that helped while placing or removing things. 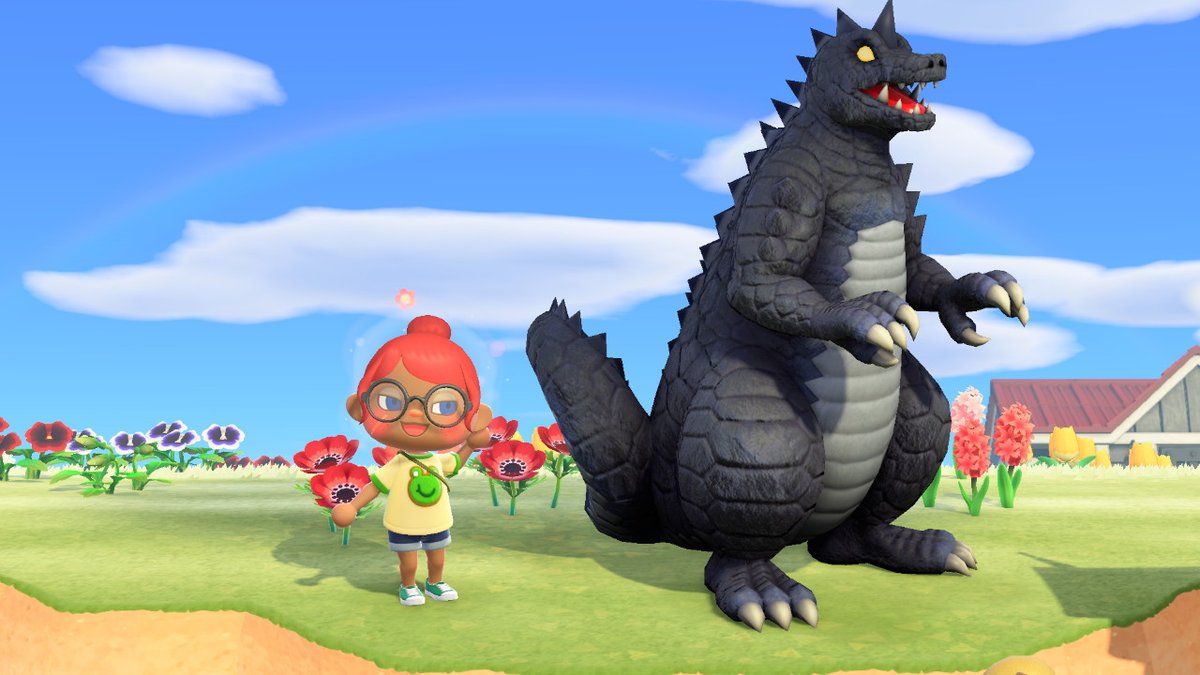 Since Wild World, players have been able to visit their friends online and enjoy what makes Animal Crossing enjoyable together. New Horizons steps it up by lifting the original 4 online restriction to 8, allowing for massive get-togethers and in-game parties. Connections will of course vary for each person, but there was only one disconnect noticed while playing early on and has otherwise been a smooth experience. While there can be occasional lag based on connections, it’s never an issue as it will only slightly delay actions such as digging, fishing or chopping with an axe. While there aren’t a ton of actual in-game activities multiplayer offers, there are tons of new ways to create challenges and just have fun viewing each others island or even helping out with construction.

The Animal Crossing’s strongest aspect from the first entry to know was its utmost attention to detail. New Horizons blows it out of the water by being one of, if not the absolute most, detailed and gorgeous title on the Switch. The hourly music returns from previous titles and offers more of an island up-beat inspired sound that’s a great time while playing. One small issue at times is the crafting, which can be somewhat slow especially when making multiple items. It would be nice if there were a way to mass create items if all the materials are available, especially since making upgraded tools requires one of lower quality which in turn needs to be made or bought to upgrade. It’s slightly tedious but not terribly agonizing in the long-run. 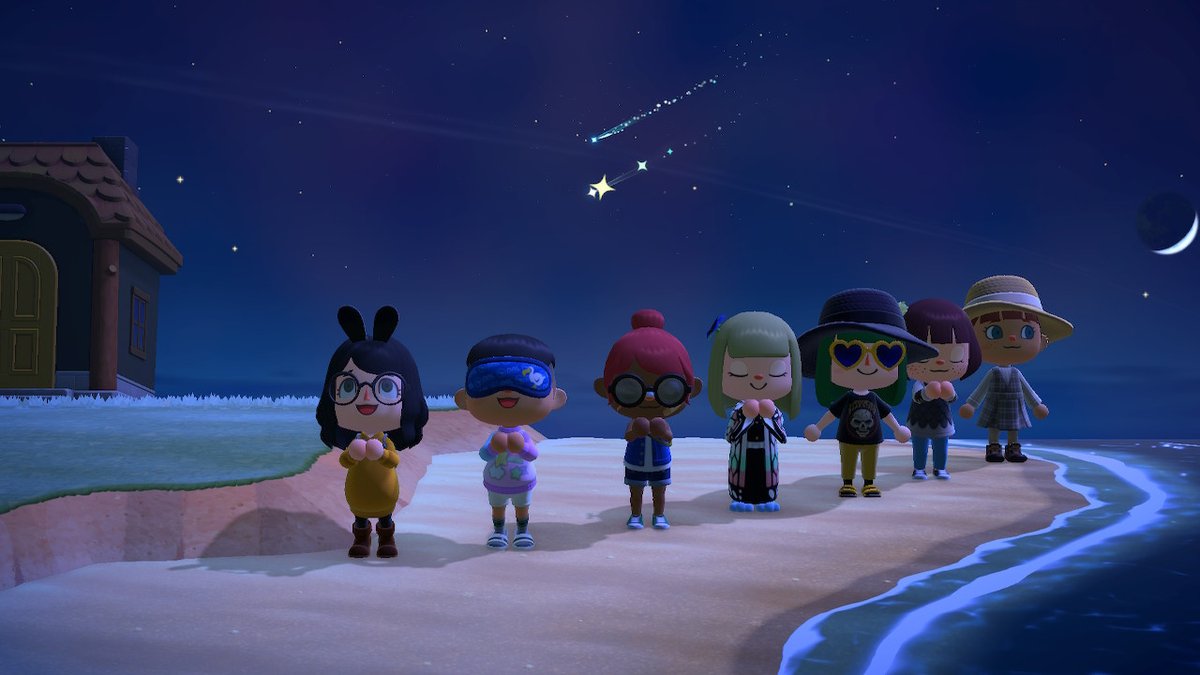 Animal Crossing has always been a series where every little thing leads to something productive. Doing nothing and staring off into the sky is relaxing, decorating houses is fun and catching critters feels rewarding. There’s never been a real “point” to Animal Crossing but that’s what makes it enjoyable, as every person can enjoy and do what they like at their own pace. New Horizons nails this feeling more than ever, with so many options and lots of things to collect and enjoy. While it’s easy to play in short bursts, it’s often hard to stop playing when ideas keep coming and experimentation is so much fun when there’s little to no consequences. New Horizons is by far the best Animal Crossing and anyone looking for a way to relax or get creative should not miss out.