Upon its reveal last year, I noted how the new game from The Molasses Flood, Drake Hollow, bears a lot of resemblance on the surface to their previous game, The Flame in The Flood. As it turns out, though, there was a good reason for that. When taking with the developers a while ago, I learned that Drake Hollow was originally meant to be a sequel to The Flame in The Flood. But this ended up being one of those cases where the game evolved during the initial stages of development due to the many additions and changes they made, and so now we’ve gone from navigating a ruined America to saving a ruined fantasy world. But while you can still see hints of its predecessor, so far the game is shaping up to be an experience that’s different, yet fun. 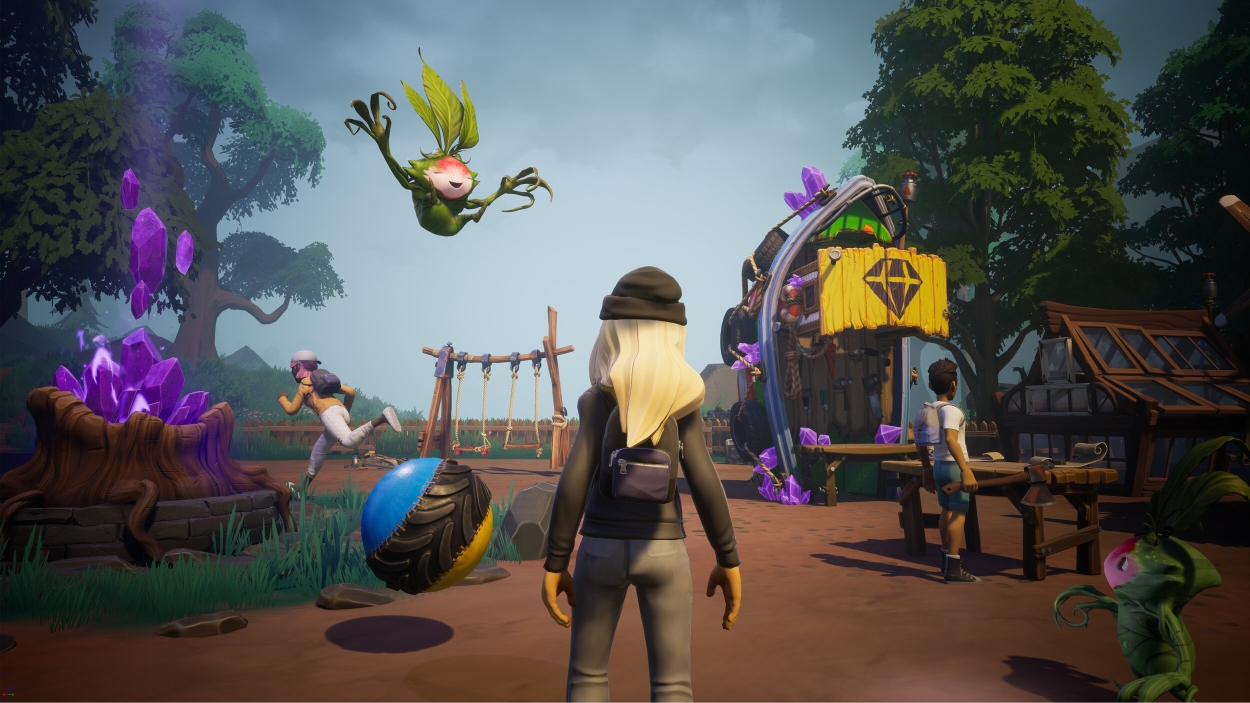 The setup here is simple, at least for now: there’s a ruined area called the Hollow and it’s inhabited by small vegetable-like creatures called Drakes (hence the name, obviously). You’re thrown into it (either solo or with friends) and while there’s a bigger story behind the universe and a bigger world to explore, as alluded to by other characters, your main goal is to protect the Drakes from the monstrous enemies ravaging the land. This is where the main difference between Drake Hollow and The Flame in The Flood lies: where their previous title was a survival game all about trying to save yourself from all sorts of various hazards, now your goal is to save someone else through other survival mechanics.

Now, from the sounds of having to protect your little fantasy buddies and having your camps be attacked on various occasions, one may get the idea that Drake Hollow may run the danger of involving too many escort missions or similar defense-based objectives. Luckily, it appears as though that won’t be the case as you advance throughout the game. After all, the main goal is to take care of the Drakes that take shelter at various camps, and this includes gradually beefing them up and providing them with various skills so that they can fight for themselves. After all, the developers have stated they don’t want this to be a chore and want the Drakes to always provide benefits in one way or another. So the more you develop the camps for the various Drakes and the more skills you teach them, the more they become able to take care of themselves on their own. 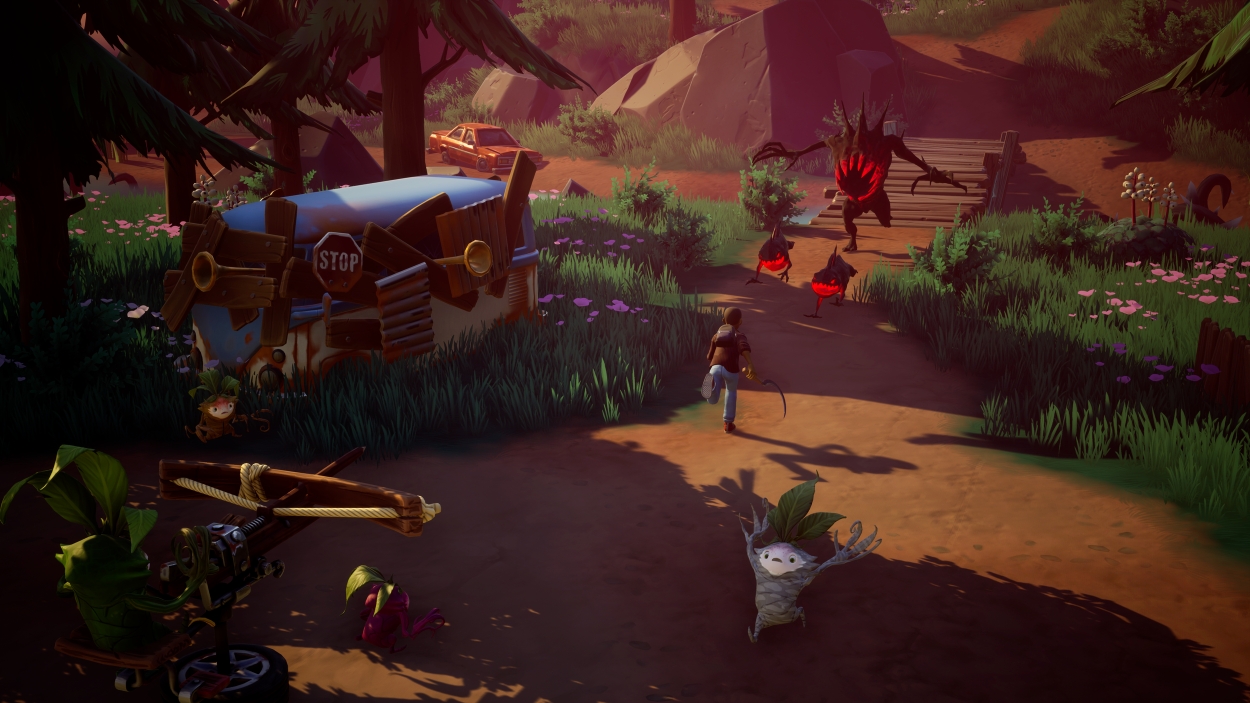 So Drake Hollow’s simulation aspects kick in via these elements and they tie in well with the survival gameplay. It’s simple stuff at first, as you explore, collect resources, craft campfires, beds, dolls to keep the Drakes happy, etc. What makes it fun, even in its early stages, boils down to several aspects. There’s the means of getting around, which involves Jet Set Radio-style grinding across beams created by various crystals to help connect the islands, blocked off by a dangerous miasma. There’s the scenery, which again makes great use of the “ruined Americana” look, where you scavenge through old houses, broken-down cars and the like. It adds a little air of mystery to the Hollow, which provides a nice contrast to the light-hearted character designs while still managing to be visually appealing overall. Finally, there’s the combat against the shadowy hordes, which is nice, tense and has just the right level of challenge.

I’ve seen at least a couple of my peers compare Drake Hollow to Fortnite. Or to be more accurate, Fortnite: Save the World, the horde mode that was originally meant to be the main game where you juggled construction and blasting away enemies. Heck, one could even argue that the art styles between the two are similar. But even on its own, Drake Hollow is an interesting game with the potential to be a ton of fun, something fans of action games, survival games, simulations, and just those who love ridiculously cute critters can all get behind. This is one to keep your eye on, so don’t miss it later for XB1 and PC.