The original Chex Quest has become the stuff of legend in the 23 years since its original release. This freebie included with boxes of cereal has been remade, given sequels and fangames — all while offering up a family-friendly first-person shooter running on the DOOM engine. Now, two years after Chex re-released the game and its sequels online, they’ll be partnering with Limited Run Games for a special physical version of the game.

For $150, you’ll get a replica cereal box, a t-shirt, a lithograph, a metal coin, a reversible poster, holofoil stickers, a Chex Warrior statue, two enamel pins and a Chex keychain. The game will also come on a USB drive shaped like a floppy disk with the game and its OST and you can enjoy a full-scale replica of the zorcher weapon used in the game for $149.99.

Pre-orders will be open for four weeks and begin on April 17. 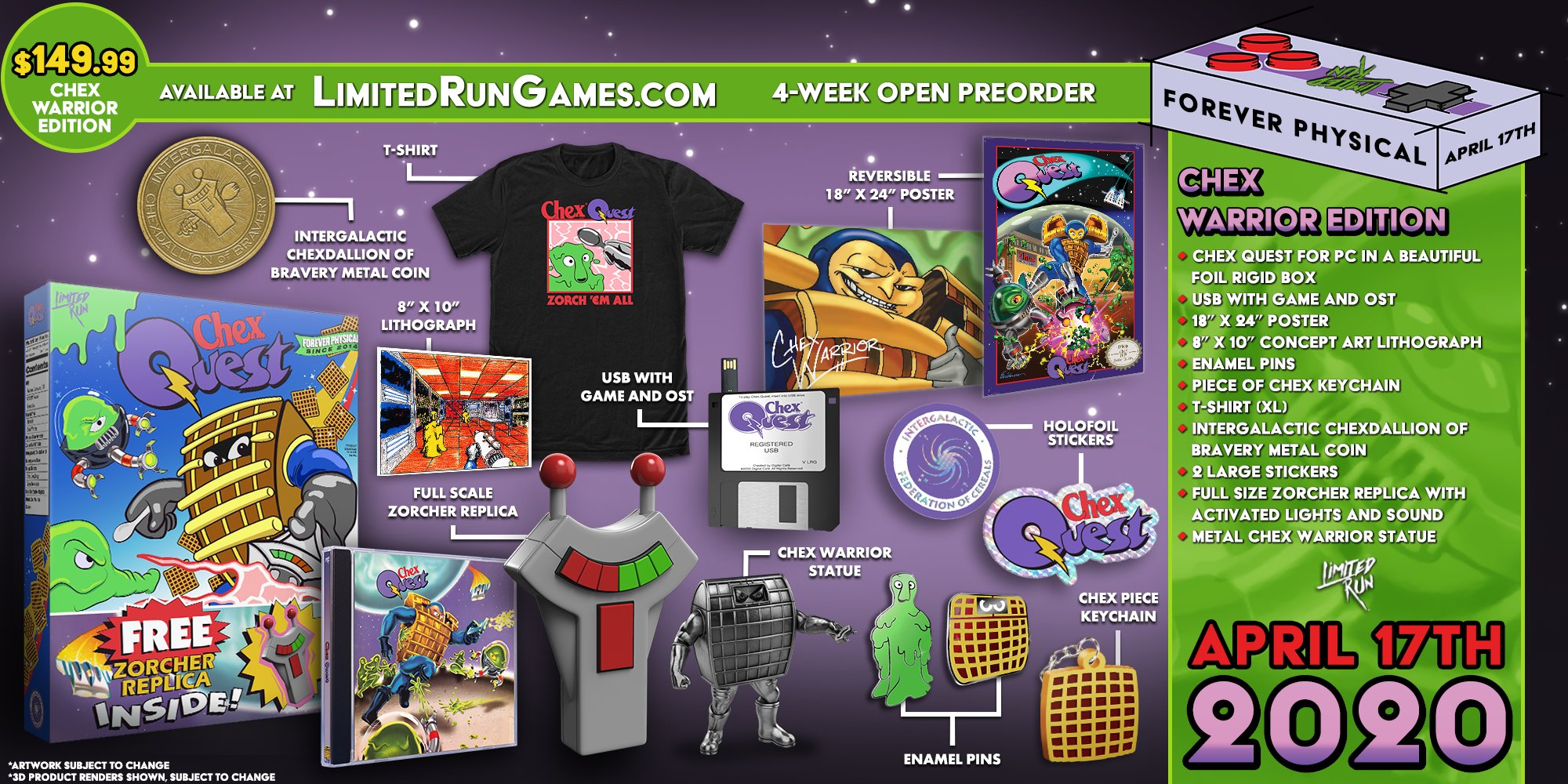