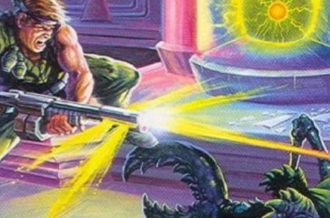 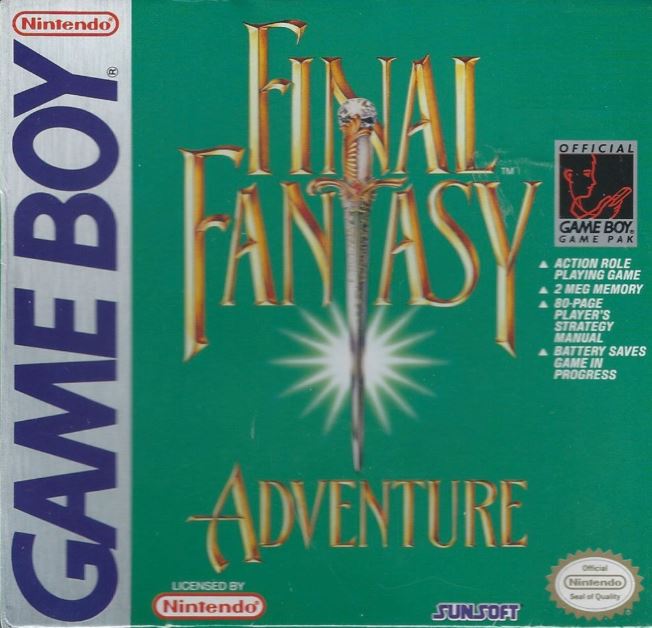 Final Fantasy Adventure began as a Final Fantasy side story but launched the Mana series, complete with the dancing merchants proudly rocking their turbans. The story begins with the player enslaved as a gladiator, fighting monsters in the arena for the Dark Lord’s entertainment. The hero escapes and learns of the Dark Lord’s plan to obtain the key to Mana Sanctuary, allowing him to control the Mana Tree which would spell doom for the world. The hero soon meets up with a heroine who has similar goals and they join forces in seeking out a way to save the Mana Tree and thwart the Dark Lord’s plan. 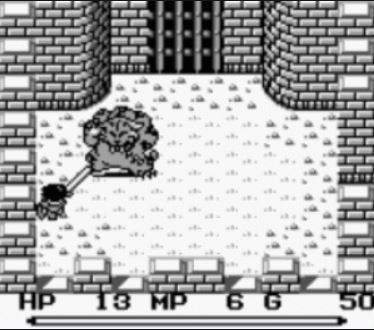 The gameplay is an overhead action adventure, and like The Legend of Zelda, the world is divided up into single screen areas. There’s a linear story progression that unlocks newer areas and dungeons either by acquiring key items or just being triggered by reaching plot points, such as a nest of lizards that hold an essential item won’t spawn until after a certain event happens. A game mechanic that works well is how weapons act as tools that that necessary for traversal. An axe can be used to chop down trees that can sometimes open up paths, the chain sickle can take out flowers that somehow obstruct passage and a chain can be used to grapple at certain points. Some of aspects of this mechanic didn’t age as well, such as a mattock with limited uses but if the player leaves the screen and then returns to it the passage they broke open has closed up again. 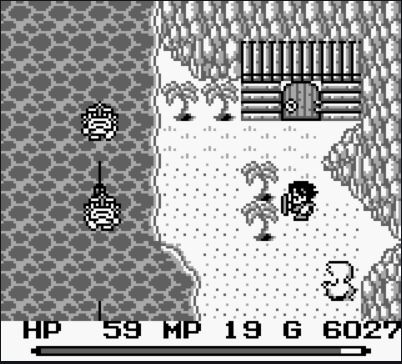 The exploration elements are one of the strong points of Final Fantasy Adventure, where even though the game follows a linear story progression there’s quite of bit of time spent exploring the overworld trying to figure out where to travel to next. And once the player gets into the dungeons it isn’t always clear which path is best to take. Will the obvious open passage way take us to the boss of the dungeon or should we check for breakable walls to find a useful treasure first? Some rooms have puzzles, which aren’t that complex, but mostly tricky in that it’s not always obvious they are a puzzle. One dungeon is unlocked by walking in a figure eight pattern around some trees in the desert but the clue that can be purchased isn’t exactly clear about that.

Final Fantasy Adventure is one of the best games for the original Game Boy and holds up well for the most part. The story, while simple by current RPG standards, is well paced and interesting enough to want to keep looking for the next dungeon. The variety of weapons and items that have different uses for exploration keep things interesting and the inclusion of temporary NPCs with different abilities to assist the player contribute on both a gameplay and narrative level. Some elements haven’t aged as well. In addition to regenerating walls, random walk patterns of townspeople can regularly block entrance to shops or moving onto the next screen, and because of the limited buttons on the original Game Boy, walking into them initiates conversation so often the player will have involuntary conversations. But those minor gripes aside, the exploration, combat and being able to build the hero as a magic using warrior make this a worthwhile game to play even if it is almost thirty years old. 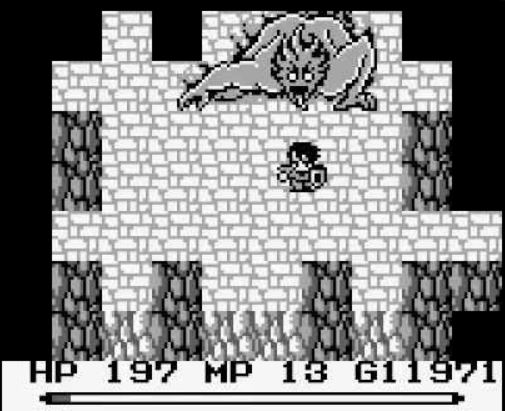 Final Fantasy Adventure was first released on Game Boy in 1991 and was impressive for the hardware at the time. It was given a Game Boy Advance remake in 2003 as Sword of Mana. This version made some changes to the plot and gameplay, but if those liberties can be tolerated, it’s also a worthwhile game and could be argued that it’s a more accessible version to modern players. There was a mobile remake that was made in 2016 and ported to PlayStation Vita as Adventures of Mana, and though I cannot personally attest to it, I’ve heard that it’s the worst version of the game. The original Final Fantasy Adventure is currently available on Switch via the Collection of Mana, which also includes the original Secret of Mana and the first time for the original Trials of Mana to be available in the States.