The fancy new lighting effects are finally live in Minecraft, bringing the beauty of ray tracing to the simple blocky geometry of the landscape.  It is, however, a beta, and because of that there are limitations that the full game won’t have.  There are hoops you need to jump through to access the beta, and even after that there’s still more to do.  Without too much fuss you can snag some worlds to play in, but that appears at first glance to be it.  Minecraft is many things but “looking at other people’s stuff” is only a small part of that, no matter how super-fancy the user-created worlds may be.  As it turns out, however, there’s a way to play as normal, and while there’s no indication in-game you can do it, Nvidia had a full tutorial up for a while.  This tutorial has since been edited, and although I can’t say why it removed one of the more important pieces of information if you know what you’re doing it takes maybe two minutes total to set up.

First things first- if you have an Nvidia card 2060 or better, the beta will work.  Otherwise, odds are low.  Sorry.  Nvidia has you covered with a nicely illustrated step-by-step guide on registering, found here.

Ok, on to the fun stuff.  First off, you’ll need an asset pack.  The Nvidia article on texture creation has a link to four separate packs, some HD and some classic 8-bit-style, so give them a look here.  They’re found in the Nvidia and Partner Resource Pack section, so just page down 3-4 times and you’re there.  If you just want the classic Minecraft look grab RazzleCore RTX, but feel free to experiment if you want to get fancy.  Download to a useful spot and then unpack the folder from the .zip file.  RazzleCore RTX is only 1.34MB, so no great hit to the hard drive space, but the fancier they are the bigger they get.

There’s only one semi-tricky step in the process and it would be the next one, because the folder to place resource packs is buried deep.  On my PC it’s-

If you’ve got your Users folder on a different drive then look elsewhere, of course.  I’m a James and it’s my PC so under the Users folder that’s where it goes, but that will of course change depending on whose profile you’re on.  AppData is a hidden folder for what must be logical reasons to Microsoft, so on File Explorer make sure to visit the View tab, then check the Hidden Items box.  After that it’s just a matter of drilling down through the folders until you’re where you need to be.  Copy/paste RazzleCore or the asset packs of your choosing into the resource_packs folder and you’re almost ready to play.

The final step is the usual one for choosing an asset pack, but for the sake of being thorough- Create a new world, click on the pencil beside your new world, and under Add-Ons go to Resource Packs.  Choose your pack and get playing, then enjoy the beauty of a brand new day dawning in a big, empty wilderness just waiting for someone to build a cozy home base to go adventuring from. 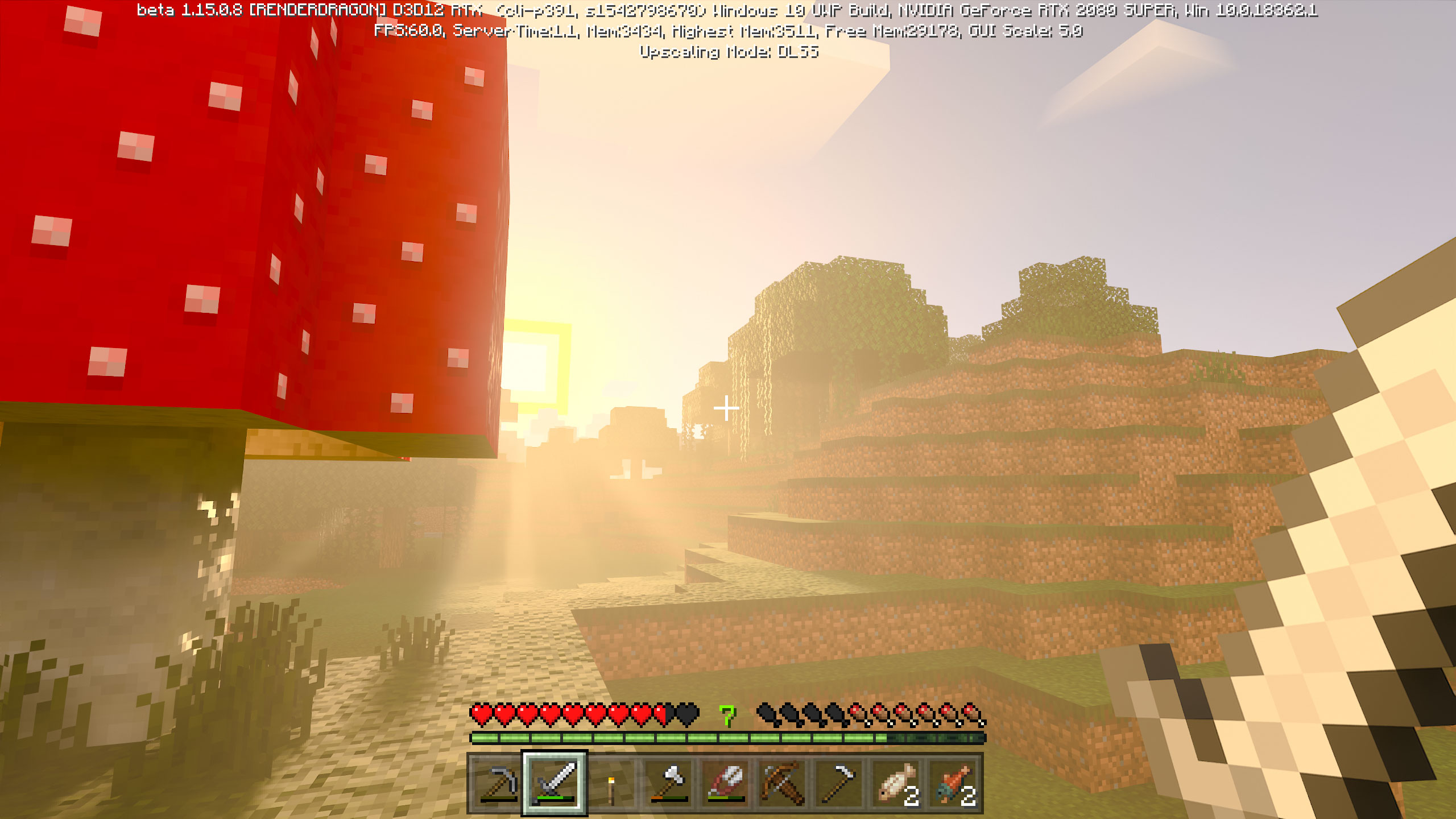