The remake of Resident Evil 3 was a highly-anticipated title and had a lot to live up to due to the success of the remake of Resident Evil 2. The game was highly praised and had a few shortcomings. It’s both difficult and easy to compare the two remakes, but due to both titles being closely released to each other, judgement between the two is expected. The general sentiment seen around the web seems to point to Resident Evil 3 being short in length and fairly shallow, but that’s simply not the case.

Many people have played the original version of Resident Evil 3, and to be honest, the remake follows the game design and is ultimately a spiritual successor in a lot of ways. The remake of Resident Evil 3 is extremely clever as it’s almost designed to be thoroughly sorted through. There are Easter eggs beyond Easter eggs into the game with cool references everywhere. Whether it be Capcom or movie related, there are a ton of appreciable objects in the game. While our review mentions comparing the two like you would the John Wick films, the better synopsis would be relating the remake to a movie or show you enjoy watching multiple times to catch or pick up on things. Think Breaking Bad or a Tarantino movie.

I believe that most of the people that are griping about the length of the game played it once on either Assisted or Normal difficulty. You’re still looking at six hours there even just doing that and yes, there may be cut content, but the general flow of the game would feel long-winded. There’s less dead time than in the remake of Resident Evil 2 and a ton more zombies in the game. Once beating the game,  however, you can go back and play it on Hardcore. The difference here is that you have figured out the strategy to beat the game, but it gets much more difficult. 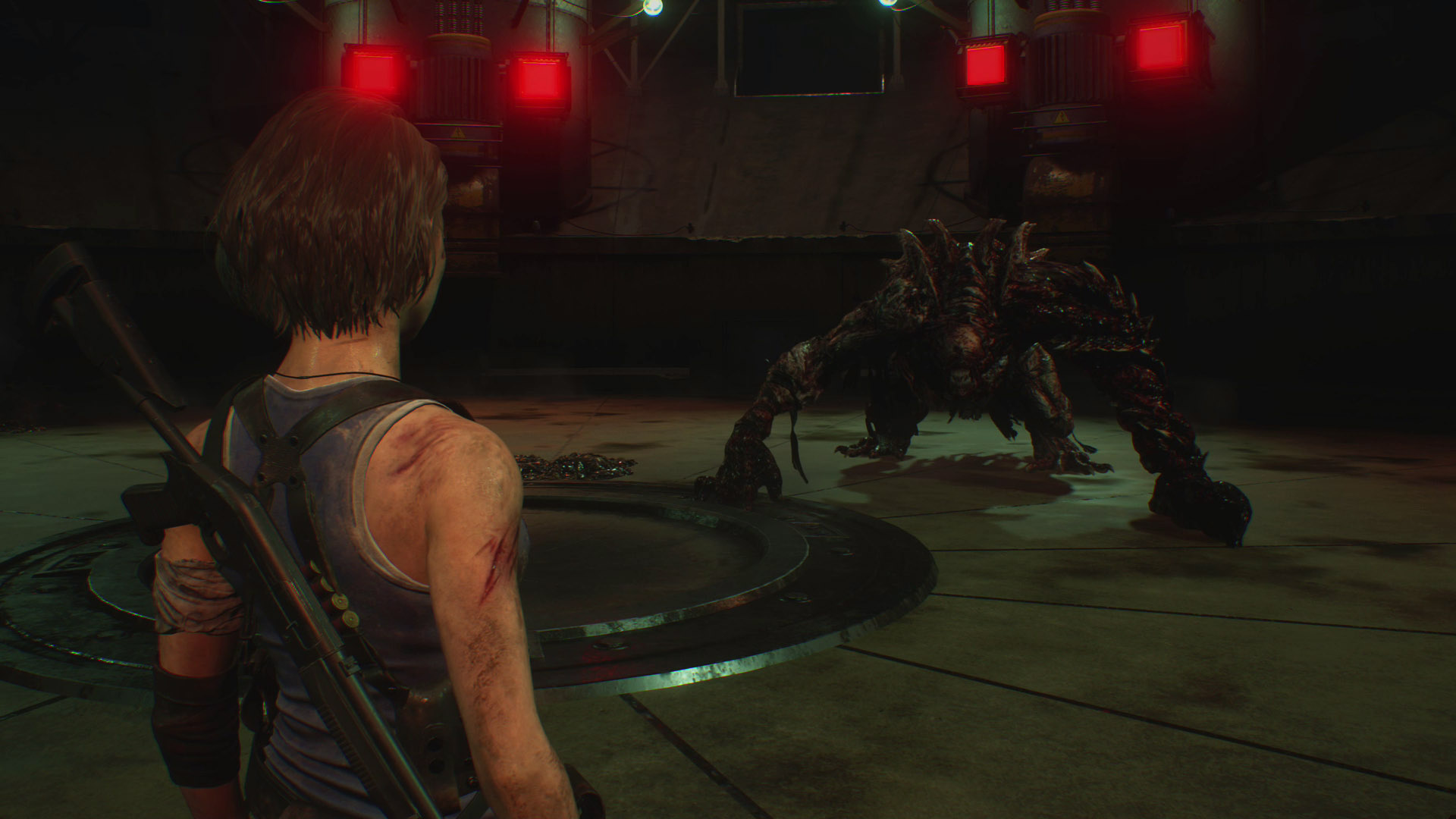 One may just look at the three difficulty levels and think that’s it. Once you beat on Hardcore, however, you unlock Nightmare. Nightmare will rearrange enemies much like the original Director’s Cut did of Resident Evil. Here’s the other kicker: once you beat Nightmare, you unlock Inferno. There are certain challenges to be met in the game that can be viewed in the Records menu. Tallying zombie kills to achieve RP for new weapons can actually be farmed by reloading save points. These don’t erase and it tallies as a whole. You get better weapons to arm yourself at higher difficulties which amounts to multiple playthroughs. On top of this, enemies are moved and replaced and Pale Heads become a staple. The game isn’t simply designed for one playthough and the design premise is extremely clever.

Besides the length of the title, Nemesis has received a lot of flack for being scripted and not scary. Yes, you can run, but there are items he drops. There are other things you figure out about Jill and Carlos the more you play such as dodging and doing quick attacks if perfectly timed. Nemesis, in his initial form, can take shots to the head or to the heart and the higher in difficulty you go, the harder and faster he is. Speaking of Easter eggs, the game is riddled with references from the Alien franchise, and Nemesis embodies this. The obvious Easter Egg is the Sigourney sign in the city. When Jill refers to Nemesis as “That F*****,” however, this is a reference to Sigourney Weaver calling the Xenomorph this in the original movie. Lastly, those last two Nemesis forms are Xenomorph references including the final boss battle. 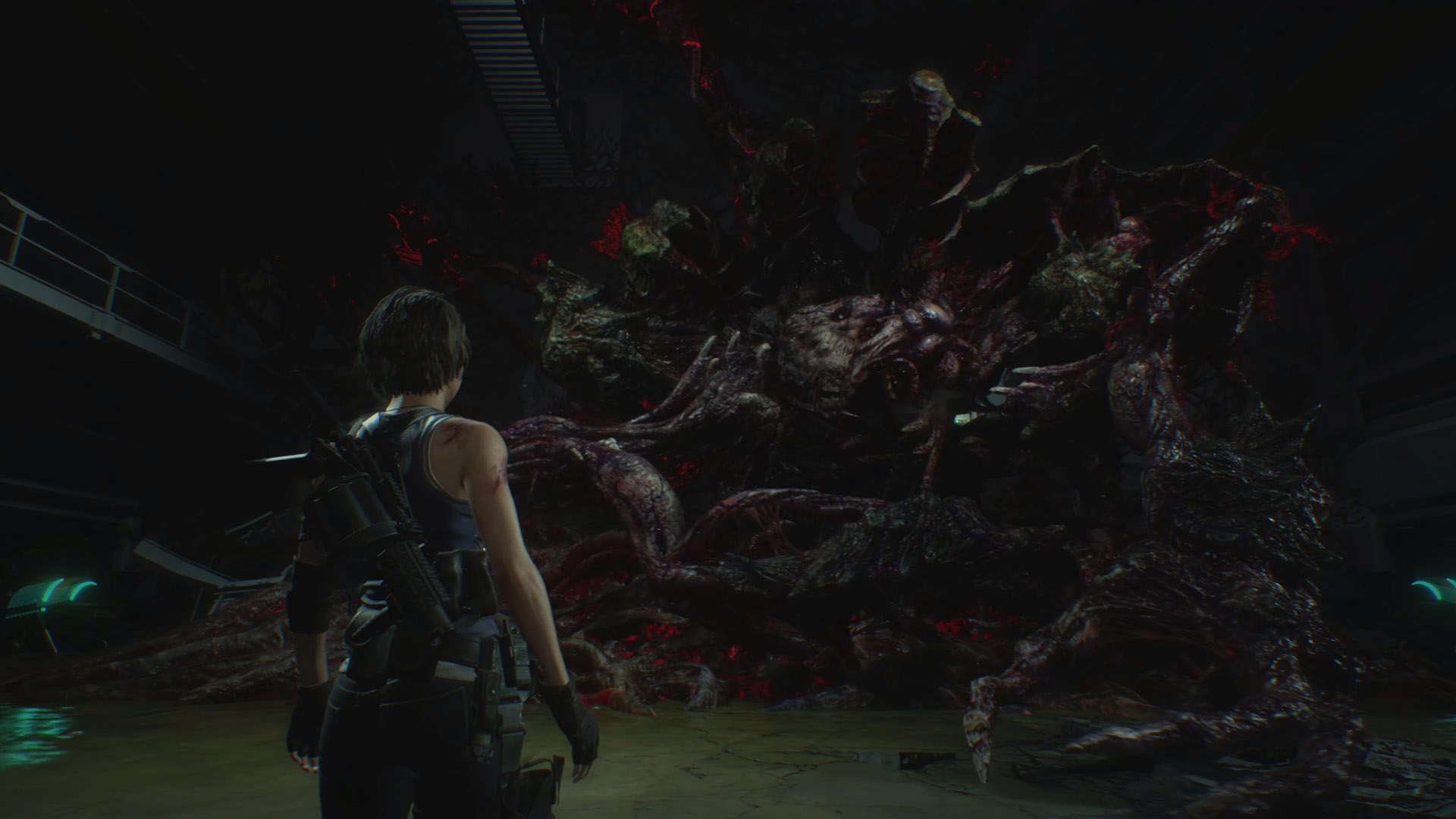 Where as the remake of Resident Evil 2 laid everything out for the player, Resident Evil 3 makes you want it. True fans will appreciate this about the game rather than the one playthough on Assisted and put it away forever. Sure, Capcom kind of dropped the ball with Resistance in terms of design and playability, but do not mistake that for filler for replayability. The single player portion has tons of replayability and the better weapons and bonuses you get, the better. Much like the Borderlands series, the games truly don’t start until after you beat it the first time. With Borderlands, the better loot and the unlocked perked system always make the second playthrough a better gameplay experience.

I recommend anyone who knocked the game but hasn’t explored the possibilities of Resident Evil 3 to go back and invest the time. Also, with the way it’s been designed, it’s a plus for speed runners. Higher ranks net better rewards. Plus it’s nice to get through a game completely in almost one sitting. Lastly, in relation to the remake of Resident Evil 2, Resident Evil 3 is an overall better package and visually outdoes RE2. There’s also an actual soundtrack which may be some of the best Capcom has done in the series. There has been plenty to dig into over the two weeks since release and the game is worth revisiting if you are up to the challenge.