If you were a kid in the ’80s or ’90s there’s a good chance you wanted to have an arcade machine at home. This is not necessarily the most practical dream, but when you’re growing up during the arcade heyday it’s not unusual to think it would be cool to have a bunch of those machines at home. Having a proper arcade room is not practical for a number of reasons, space being one of them, but AtGames addresses that problem with their Legends Ultimate Arcade, a single arcade cabinet that comes with 350 console and arcade games installed with the capabilities to expand that library.

First off, this is a full size arcade cabinet measuring 29.53 x 21.65 x 66.44 inches with some assembly required, but it’s not a difficult task. The only tool required that isn’t included is a Phillips screwdriver. The parts are clearly labeled and the instructions are clear, which isn’t always the case when it comes to ordering self-assembled furniture. Assembly is probably recommended to be done with two people but I did it by myself quickly with no difficulty. The steps are basically screw all the panels into place and plug all the wire hookups in their respective inputs, but the only way this could have been any easier is if it came prebuilt. AtGames did post a video on YouTube about assembly to provide additional guidance in putting this cabinet together.

The cabinet is set up for two players with traditional arcade joysticks and six action buttons, including an additional rewind button to undo any gameplay mistake. There are two HDMI inputs and USB inputs that have numerous applications. Other AtGames consoles, Raspberry Pi, USB drives or USB gamepads to name a few. The AtGames consoles can be run through the Legends Ultimate Arcade to use its screen and controls, and with the USB inputs other games can be played be played through this cabinet. A feature that’s advertised as coming soon is being able to stream a user’s PC library to this cabinet using the AtGames app, which can be done for free on the user’s network or for a fee through AtGames’ online distribution centers. There’s an online streaming service subscription called ArcadeNet that’s still in the beta and currently free. At the moment there are 48 available games with a heavy amount of SNK/Neo Geo titles and a full game list for this can be found here. Performance on the games in ArcadeNet during the review was inconsistent, which is a reminder that while streaming is convenient it isn’t a fully superior alternative to downloaded software ,but playing some Art of Fighting and Samurai Shodown on an arcade cabinet at home was incredible when it was streaming well though. 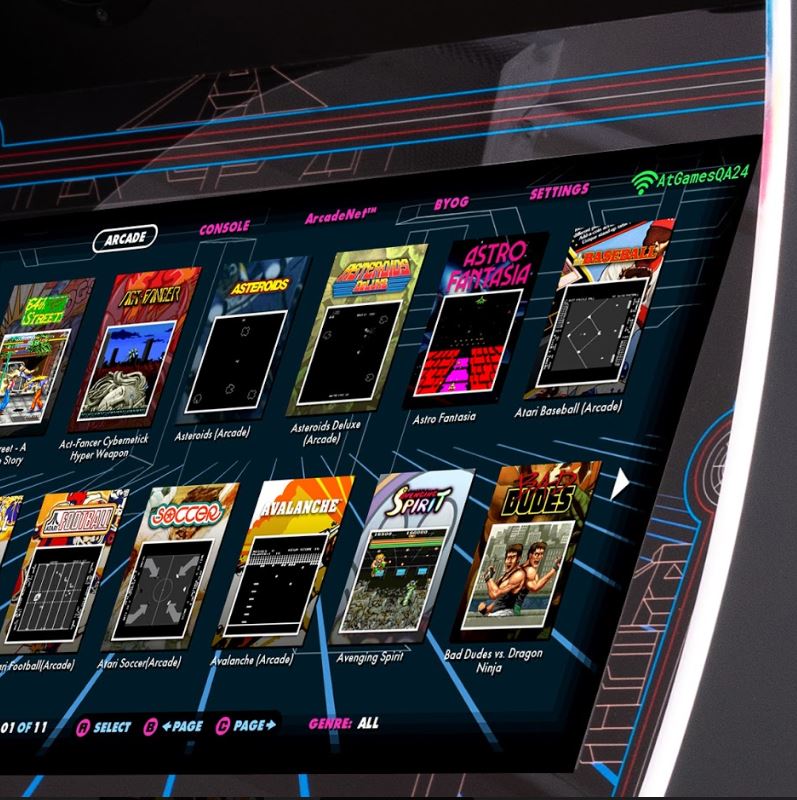 There are 350 games installed which are a mix of console and arcade classics. Despite playing countless games throughout my life there are plenty of games on here I have never played or even heard along with some old favorites. 64th Street – A Detective Story is an old school beat ’em up in the vein of Streets of Rage or Final Fight which was fun to discover alongside the familiar Bad Dudes vs. the Dragon Ninja. Some of the console titles were surprising, Legend and Drakkhen are some fantasy SNES titles that seemed to have fallen into obscurity but I have fond memories of renting them as a child. The Immortal is one of my favorite frustrating NES game that was nice to revisit, and the 16-bit Star Wars trilogy and Disney games such as Aladdin and Gargoyles are included. Joe and Mac show up both in their arcade and console adventures. The list is really too long to get into but these are the games included.

Even if none of the other features are ever used, having this many games in a single cabinet is great. This cabinet can be used for a mix of going down memory lane for a nostalgia fix and for discovering new old games. It could take months to fully explore every game included, and with save states offered for each game, playing an RPG on a cabinet actually makes sense. The ability to plug in USB controllers is a great addition since some game mechanics just feel better on a gamepad than arcade joystick. 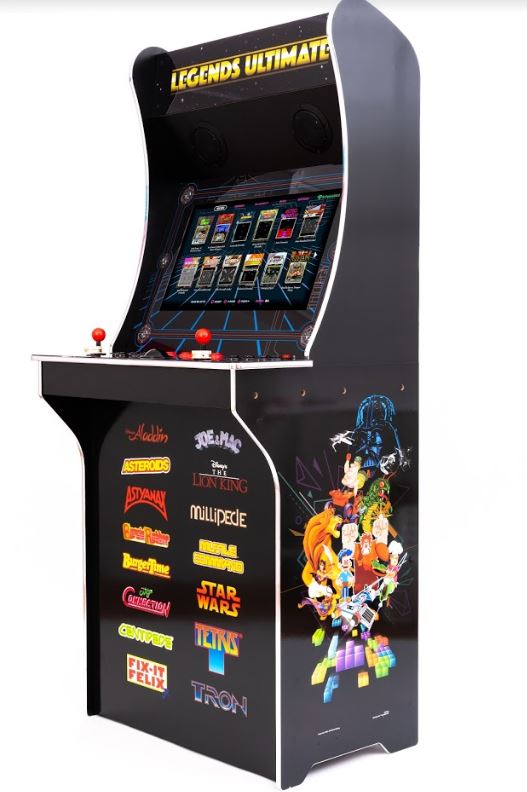 The cabinet is made of sturdy wood panels and looks nice with an incomplete list of the included games on the front and artwork featuring the included games’ characters on the side. For full disclosure I did not play all 350 included games and 48 ArcadeNet games during the review but did pick from a large enough sample size to say that the games consistently run well in the Legends Ultimate Arcade cabinet.

A question some people in the market for an arcade machine might ask if they should buy Legends Ultimate Arcade or one of the Arcade 1Up machines, and to answer to that question I would direct people to read the included game list linked to above and base the decision on what games look appealing in the list. Between the two brands, I like the full size AtGames cabinet more, and while it’s about twice as expensive as most Arcade 1Up machines, it also has an exponentially bigger game selection. But if you’re specifically after Street Fighter II, Mortal Kombat or Teenage Mutant Ninja Turtles, those won’t be included in Legends Ultimate Arcade during the unboxing. 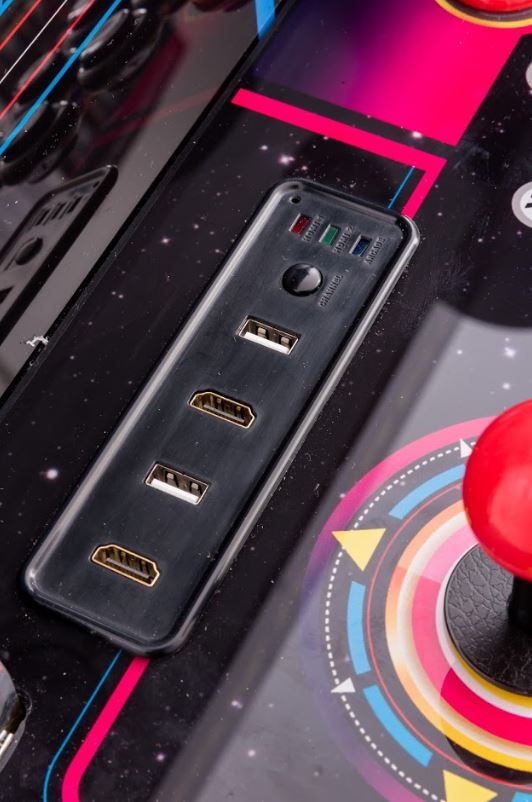 AtGames’ Legends Ultimate Arcade is probably the most bang for your buck as far as home arcade cabinets are concerned. It’s a full-size arcade cabinet that comfortably accommodates two people. It does have some expansion options and peripheral support, but just utilizing what it comes with out of a box can provide countless hours of entertainment. The included games might not be AAA caliber but there are many fun titles, making the large library a mix of quality and quantity.