Life is hard, but it’s much easier with a little help.  Nobody starts life alone but with one thing and another at some point there’s going to be nobody else to lend a much-needed hand.  At that point there’s nothing to do but start from scratch, looking around at what you’ve got and what can be done with it, and as one of the greatest human beings in the history of mankind once said, “look for the helpers.”  True, Mister Rogers was talking about the people who see problems and disasters as a call to lend a hand, but give a monkey a chance and it may surprise you.

The Escapists was a cute little game about cute little pixel-criminals trying to bust out of prison and it did well enough to earn a sequel.  The third game in the series, however, is more of a spin-off and while The Survivalists says it’s set in the same world as The Escapists the setup is different this time.  You’ve been marooned on an island and the object is, as the name states, survival.  Harvest resources, find food and build shelter, and try to thrive in an environment that at its best doesn’t care about your existence. It’s would be a lonely life if it weren’t for the monkeys. 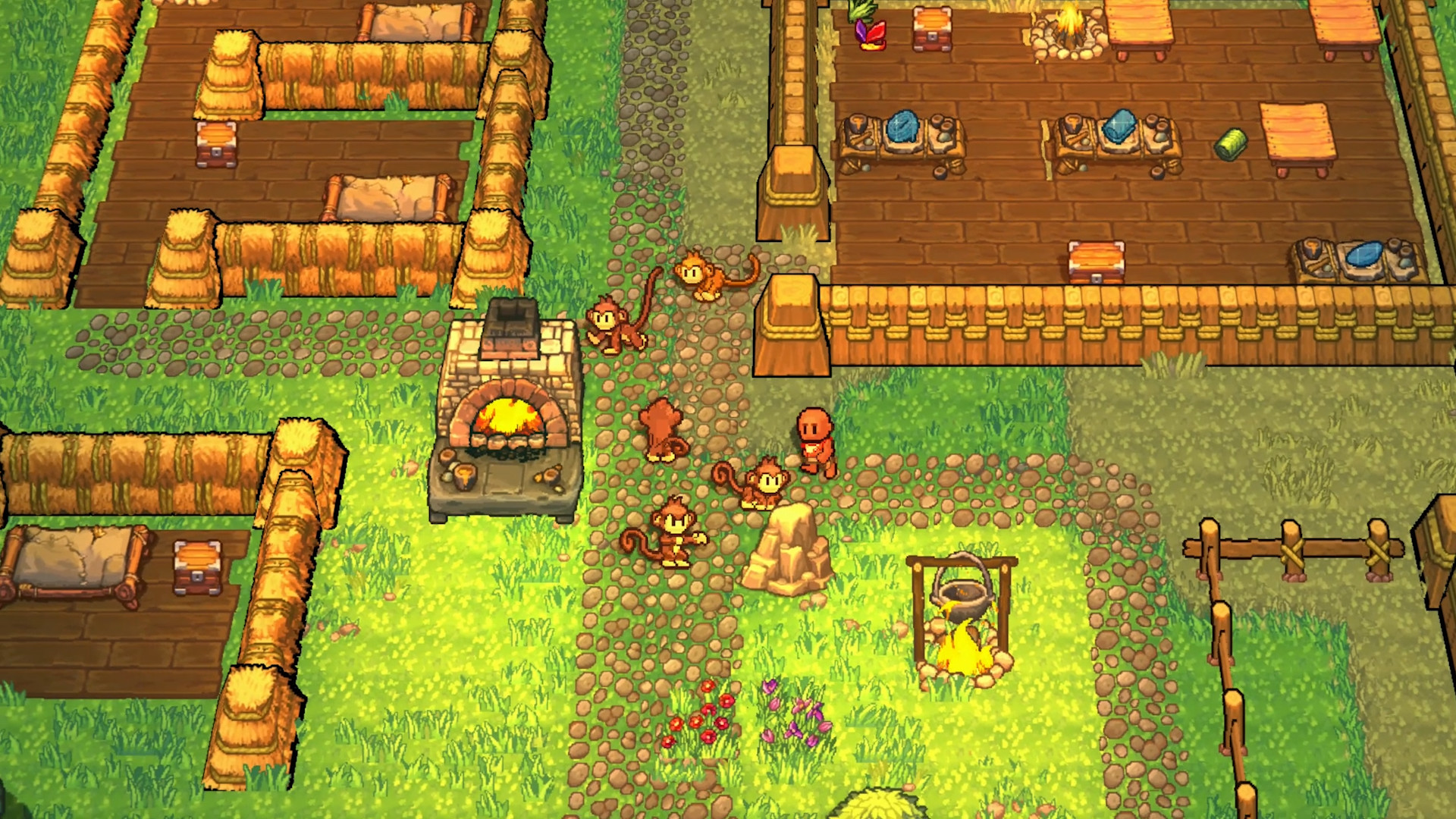 Like all survival games, The Survivalists is about chasing down the resources to craft new items while making a secure and eventually comfy home in the heart of the untamed wilderness.  Beat on big rocks to get useful small ones, knock down a tree for wood and fruit, etc.  Running around the world are monkeys, though, and they’re friendly little guys if you approach them right.  Toss them a banana and they’ll repeat an action, taking on the role of hunter, builder, fighter and anything else that may turn up along the way.  With a bit of work and a good stock of fruit you’ll soon have a fuzzy army of helpers, growing the initial small bed and campfire into a well-defended compound.

There’s more to do on the island than simply not dying in comfort, though.  As the game progresses new quests show up, sometimes delivered by a wandering NPC while others are messages in a bottle.  The randomized island also has the occasional temple or other adventuring with treasure in its depths, requiring a good supply of resources to get through its perils.  And, of course, the island would have been a little easier if it was uninhabited, rather than infested with mini-trolls unwilling to share their territory with a random castaway.  All of which can be cleared if only you can learn to rely on the help of your monkey army, plus up to three friends working together.  Dying alone is just about guaranteed, but no task is insurmountable, no job too difficult, when there’s a horde of simian helpers ready to swing into action at the drop of a banana.