A city is a massive thing, bigger and more complicated than even the people who live there tend to be aware of.  Not only does it have multiple neighborhoods, each with its own personality, but there’s also a history there for anyone wanting to put in the research.  Los Angeles is a massive city, sprawling out forever, and its downtown area is big in the history of skateboarding.  It’s not that there’s anything particularly special about a specific curb or ledge that’s apparent by just looking at it, but people in the boarding scene know it’s a prime spot to nail a perfect trick, and that the people who they long to be as good as used it as a practice spot to earn their skills.  That turns what seems to be a random chunk of irrelevant city clutter into a prime spot, no different on the surface from any other part of town but one with history to those who know.  Skater XL is a skateboarding game centered on the west coast scene and I recently got a small tour of its version of Los Angeles, with a good part of the time spent highlighting spots of interest and why they mattered.

Before getting too far into LA, though, it’s worth going over the major difference between Skater XL and any other extreme sports game out there.  The unique controls use the analog sticks on the gamepad to control one foot apiece, and the direction you move the sticks in creates tricks.  Pushing down on the right stick launches the board from the rear, while pushing up on the left launches it from the front.  Down on the right stick then quarter-circle right does a counterclockwise shuvit, while quarter-circle left is the same move clockwise.  Alternately, down on right then left or right on the left stick does a kickflip, rotating in the direction you choose.  This roughly (very roughly) corresponds to the foot-movements necessary to pull off the tricks in real life but, when combined with the analog controls to govern speed and angle of movement, gives a huge amount of control over the style of the tricks. 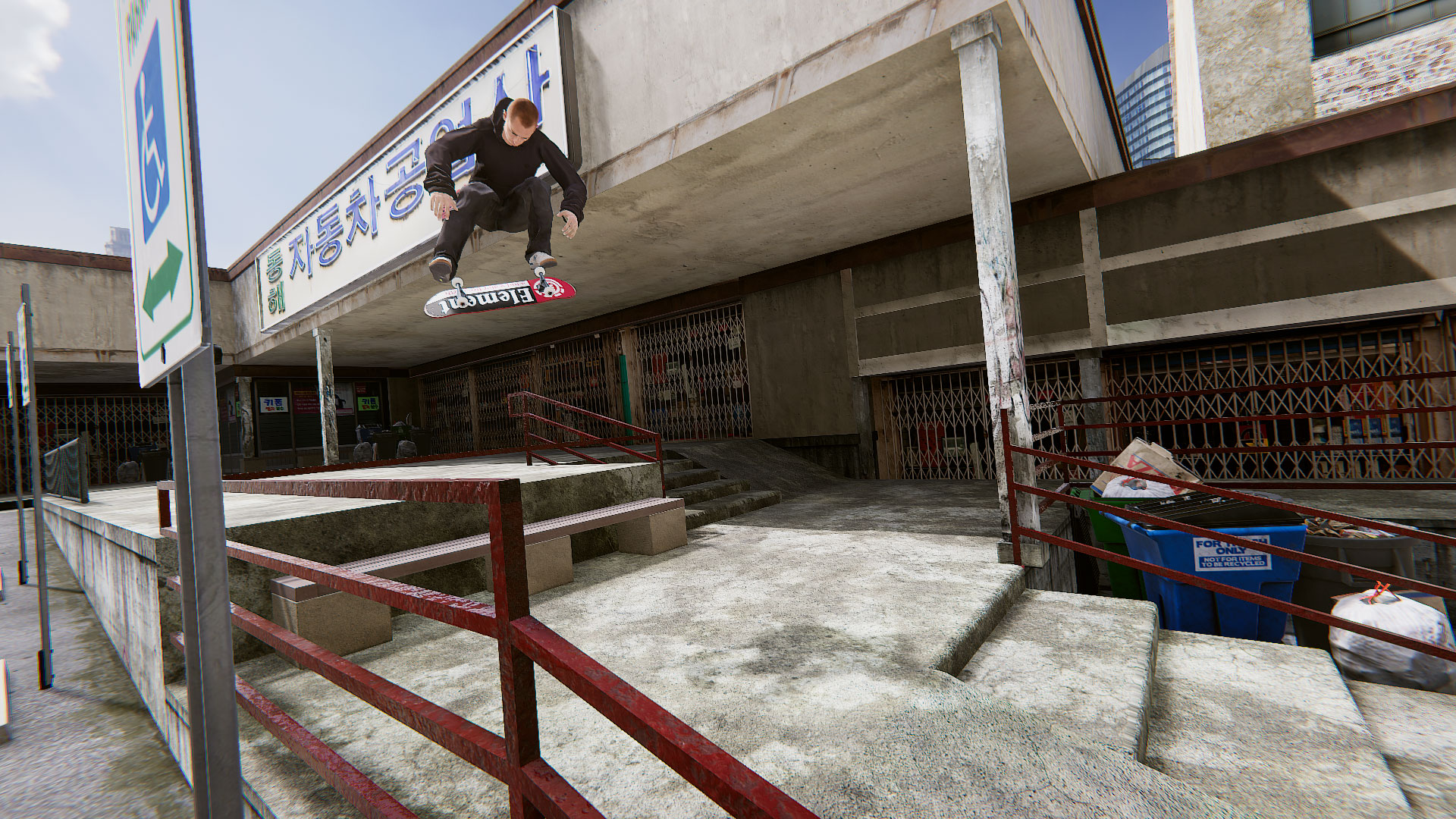 In addition to the sticks, the shoulder buttons work hands for grab tricks, while the analog triggers are for steering.  You can also use the sticks to steer but it’s easy to go into an unintended trick if you’re not careful, jumping right into a concrete barrier that brings the line to an unexpected end.  There’s no question it’s a learning curve, or rather an un-learning curve getting rid of years of old habits, but the entire setup is logical, accessible and surprisingly deep once you get to grips with just how much control it gives.

At the moment, however, Skater XL has been moving along in Early Access for well over a year and only has two small areas to explore.  The modding community has been busy creating plenty of content, including of all things a digital skater magazine that’s up to six issues, but actual in-game content has been sparse.  That’s about to change with the 1.0 launch coming up in July, and while I didn’t get to tool around LA myself I did see the city being shown off as a skater’s playground.  Like just about everything else it’s tooled for realism rather than spectacle, but that’s not the same as a slavish recreation.  For one thing, downtown LA is maybe a little too big to be practical, so the boring bits have been edited out leaving the highlights behind.  Those haven’t been left as a one-to-one recreation, though, and instead have been lightly tweaked to place good skating lines wherever they can fit.  LA is a busy, ornate city, so while there’s probably more work than I can recognize gone into its recreation I instantly got nostalgic for the LACC and the days of early-2000s E3. 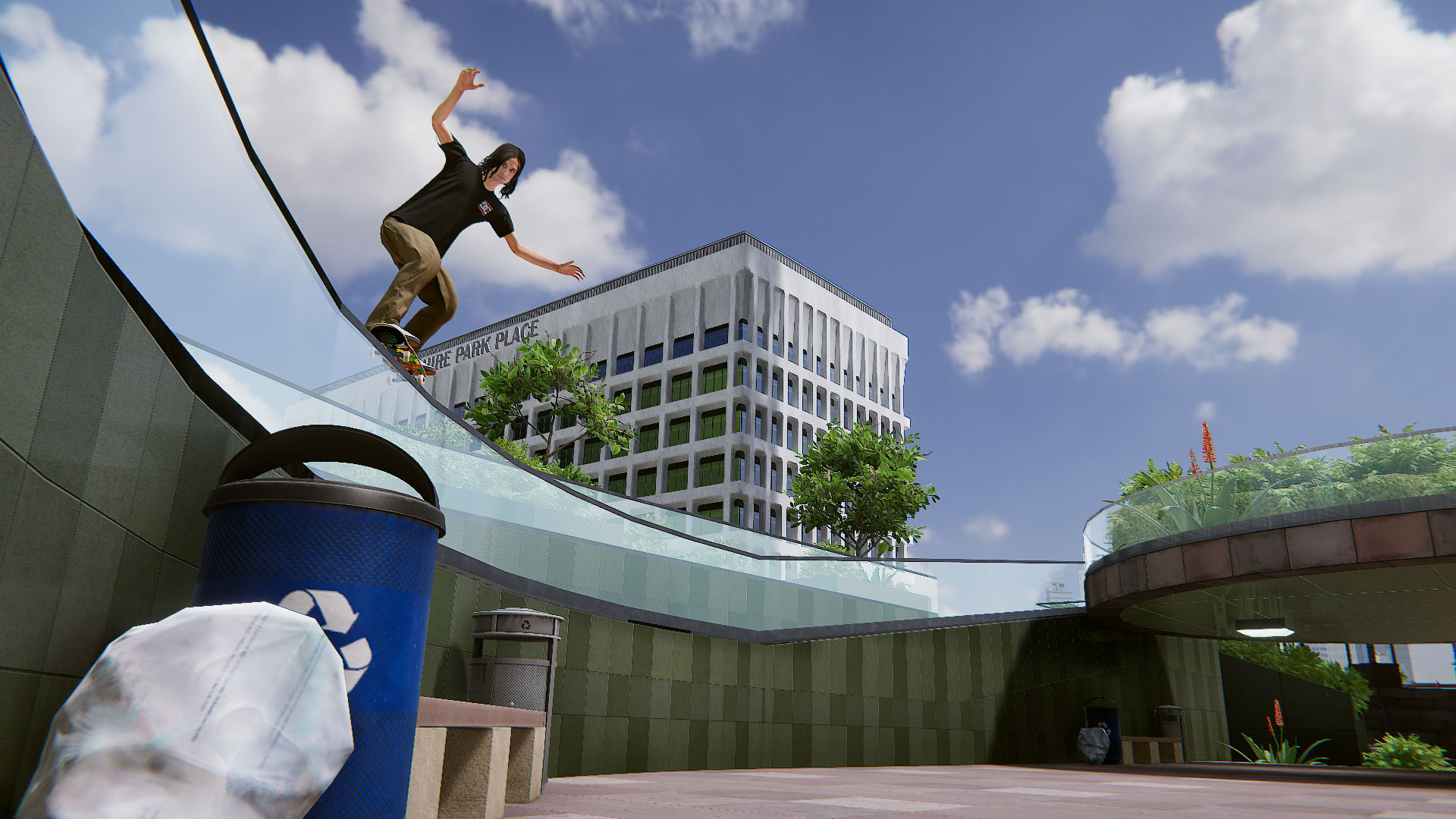 Quite possibly my favorite moment of the presentation was something much smaller, though, featuring the Chinatown ledge.  It’s just a small thing, a ramp leading down to a concrete ledge about eighteen inches high, but it’s got a metal lip perfect for grinding and used to be a legendary hangout (that I’d never heard of until now) before it was knobbed.  If you don’t know what it is it would be easy to skate by, but in its time it was a perfect street hangout.  At the moment the developers are only talking about Los Angeles and my inquiry as to more locations was met with a diplomatic “We’re looking forward to showing even more stuff than this.” so questions as to whether other cities have the same depth of history are currently unanswered, but it seems probable.  As for possible locations, the first 1.0 release will focus on the west coast, but it’s a big world and they’d love to explore South America, Europe, Asia and anywhere else there are unique urban environments to explore on a skateboard.

After that we moved on to talking about a little bit of everything.  The skaters featured in the game, four pros from different backgrounds, are all tricked out with their own gear licensed through their sponsors.  There’s also going to be a create-a-skater mode, although I didn’t get to see how in-depth it goes.  The goal progression wasn’t in the build being shown off, but it’s going to be fairly free-form, not too much more complicated than”go here, do this” to help the player learn what they can do, but no overarching story to badly justify the fun of tearing up every rail in the city. As for community creations, while Skater XL will be on all consoles for now the mods will have to be on PC.  The first years of development were about control, and now there are much bigger environments to use those controls in, but the initial 1.0 version won’t have had the time to figure out sharing of community creations yet.  The initial release may be a full game but it’s also the starting point, with much more to come (like multiplayer) if at all possible. 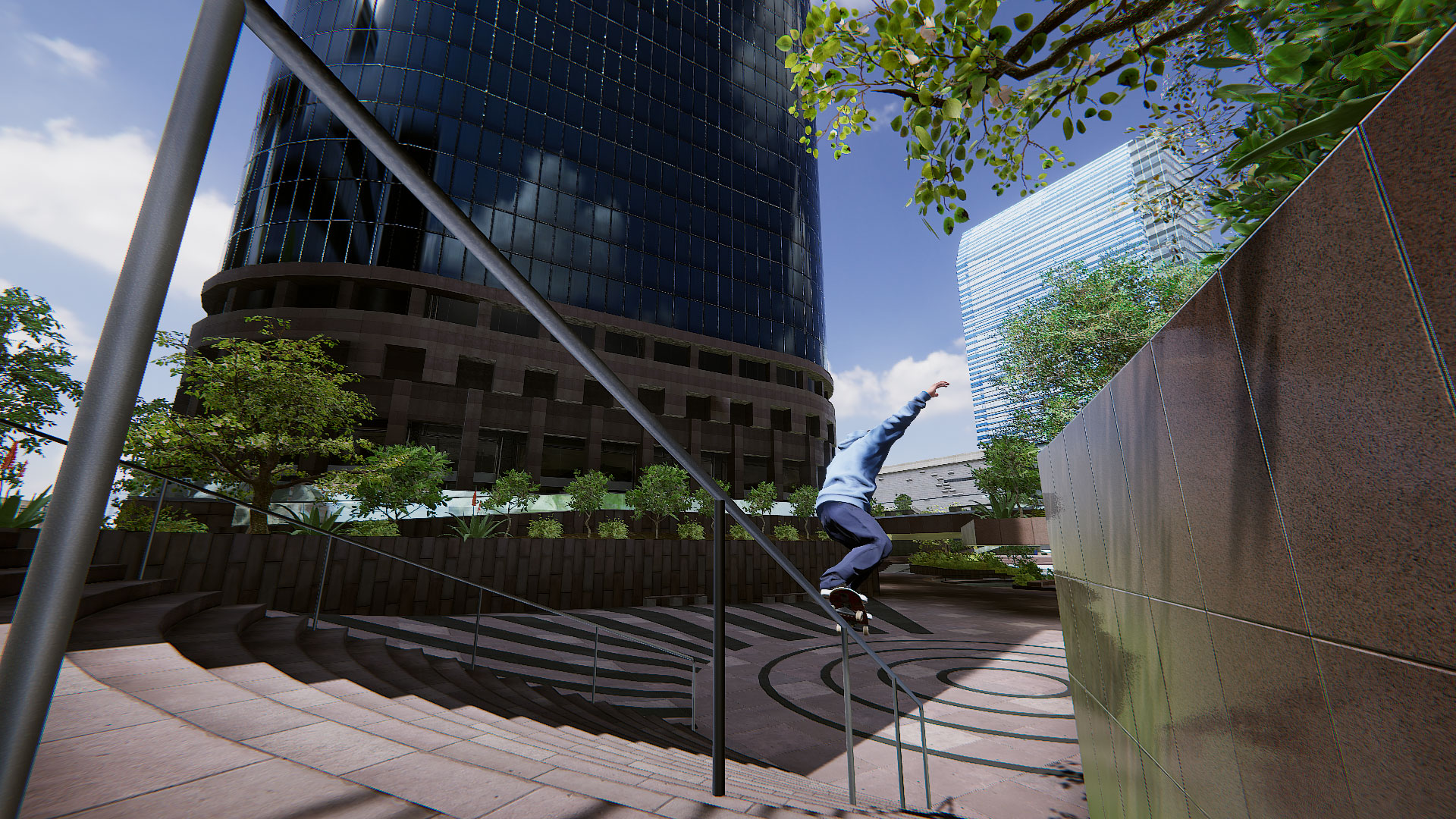 Skater XL is going to be a street-level game that aims to recreate the fun of real-world skateboarding, where you hop on your board and see what the city has to offer.  Maybe you can put together a series of rails, curbs and stairs into a perfect series of tricks, constantly respawning at a user-defined point until you nail it just right, or maybe it’s better to tool around and explore.  Skater XL will be more playground than goal-oriented gaming/narrative experience, and its trick system reflects the kind of moves that a real-world skater would pull off.  Other than having an entire city to yourself without a soul to be seen it’s grounded in the realities of the sport, or at least as close to real as a game can get, and despite the lack of grinding an electric wire to hop a nuclear reactor in order to collect the elusive T from S-K-A-T-E it’s still satisfying and fun to put a series of moves together.  The trick system is ready for prime time now and it won’t be much longer until you can use it to stamp your own style on at least one city’s worth of terrain.