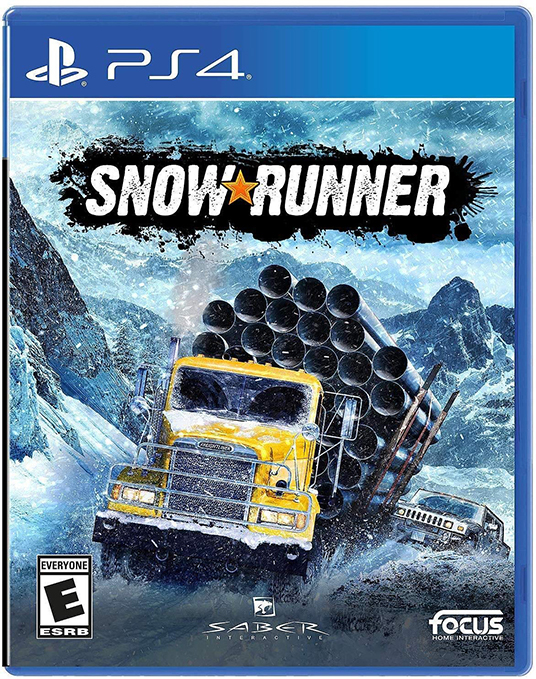 The great outdoors.  The wild beyond.  The untamed wilderness, filled with the beauty of nature and the primal struggle for survival!  The… endless mud-pits, random boulders, inconvenient trees, and random dips and rises in the terrain.  What on Earth has all that random wildlife been doing with its time?  The great outdoors is a mess, just a mass of inconveniently chaotic terrain that, true, has incredible majesty when viewed from a properly distant perspective, but the second you need to travel through it the vivid splendor turns into sweaty bug-infested aggravation.  Spintires was a game about hauling the beefiest trucks mankind has created through wilderness that’s every bit a match for the heavy steel horsepower being brought to bear against it.  Spintires became MudRunner (long story) improving all the while, and now MudRunner has a sequel in the form of SnowRunner.  There are more vehicles than ever to attack the wilderness with, and conversely more wilderness than ever to attack back.

The basics of SnowRunner will be instantly familiar to anyone who’s played the earlier games.  You start with a truck in the corner of a large map, most of which is blacked out.  While the truck has a driver he’s more prop than character, just there for the look of the thing, and it doesn’t take long to forget his existence.  You’re a pickup truck bouncing over muddy terrain, off to get the supplies necessary to repair a washed-out bridge in scenic Michigan.  There’s no snow yet in the starting map, but it’s coming.

SnowRunner is a little different from most driving games, in that it’s not about speed in the slightest.  As a general rule, in fact, slow is better than fast, up to a point.  The vehicles are a little awkward to control and the camera’s default position looks at the truck rather than the scenery.  This is because tire placement is important; the difference between spinning in the mud or bouncing over a ridge between ruts.  On the rare moment of driving on a tarred road the view can be put back to a more traditional angle, but for the most part SnowRunner is spent worrying about the next dozen feet of travel. 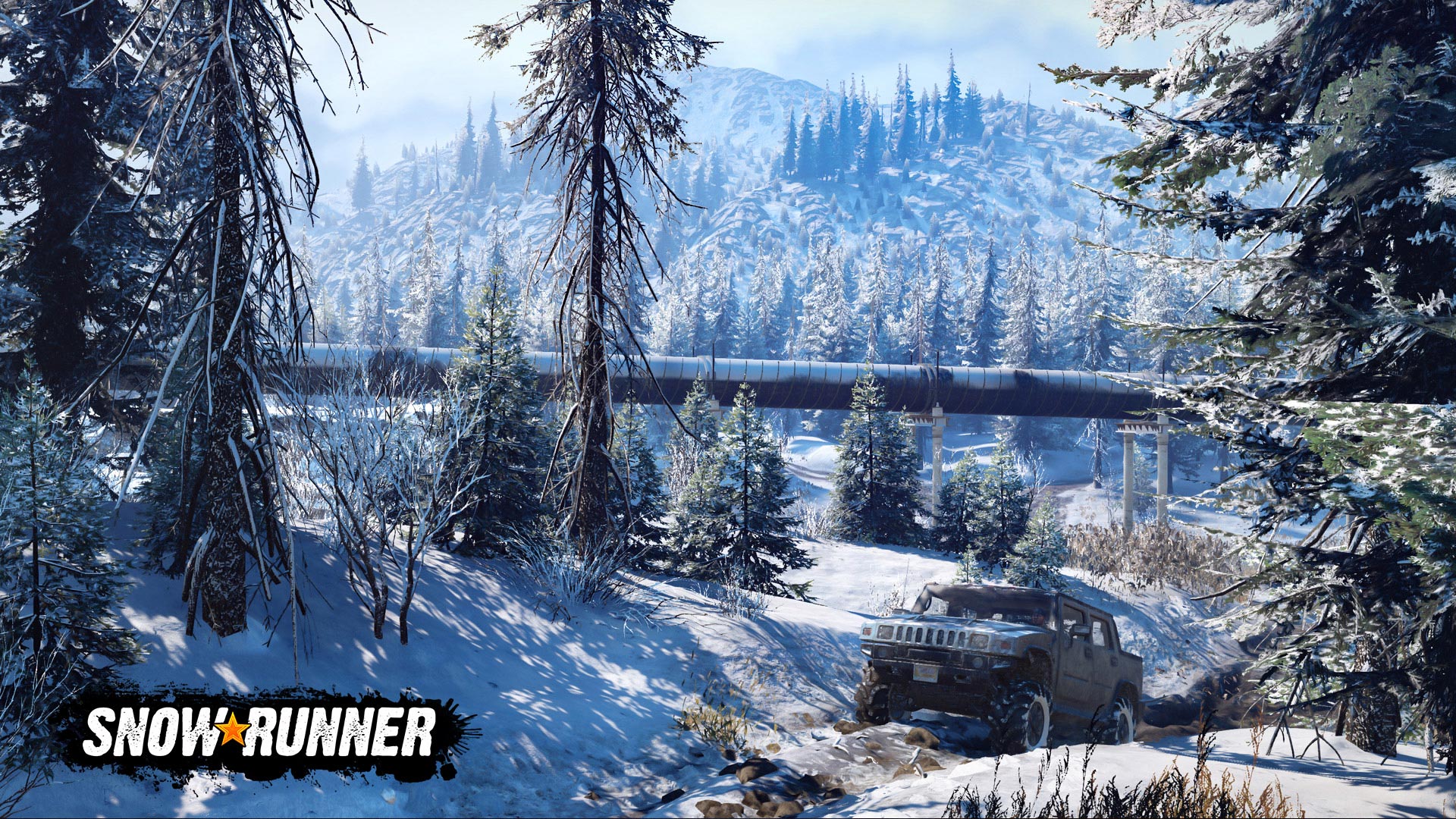 It takes a while to really understand why the controls work as they do, in fact.  The first thing you need to do before leaving is tap the right bumper, which is a dedicated button for the hand brake.  There are a lot of different things a truck can do so that initially feels like a waste, right up until you’re on a steep incline making no progress and needing to deploy the winch without rolling backwards.  The winch is easily one of your best friends and can be attached to multiple parts of the truck’s body.  It’s not only useful for getting un-stuck but also towing broken-down vehicles back to the home garage, where repairs are free but buying new trucks is expensive.

While the adventure begins in a pickup it doesn’t take long to graduate to something bigger.  Hauling a load of steel beams to a bridge construction site needs a bit more muscle than even a tricked-out pickup can provide, and after a trip to a handy watchtower to chase away some of the black areas of the map, a suitable vehicle is revealed.  Whether you choose to head straight to it or explore other points of interest is your call, because whatever the job may be there’s no hurry, plus the watchtower reveals an upgrade and who can resist tracking that down?  The upgrade is found on a mountain path winding through the forest, a little too thin for comfort but with a nice view of the town below, and it turns out to be a useful raised suspension for the pickup. 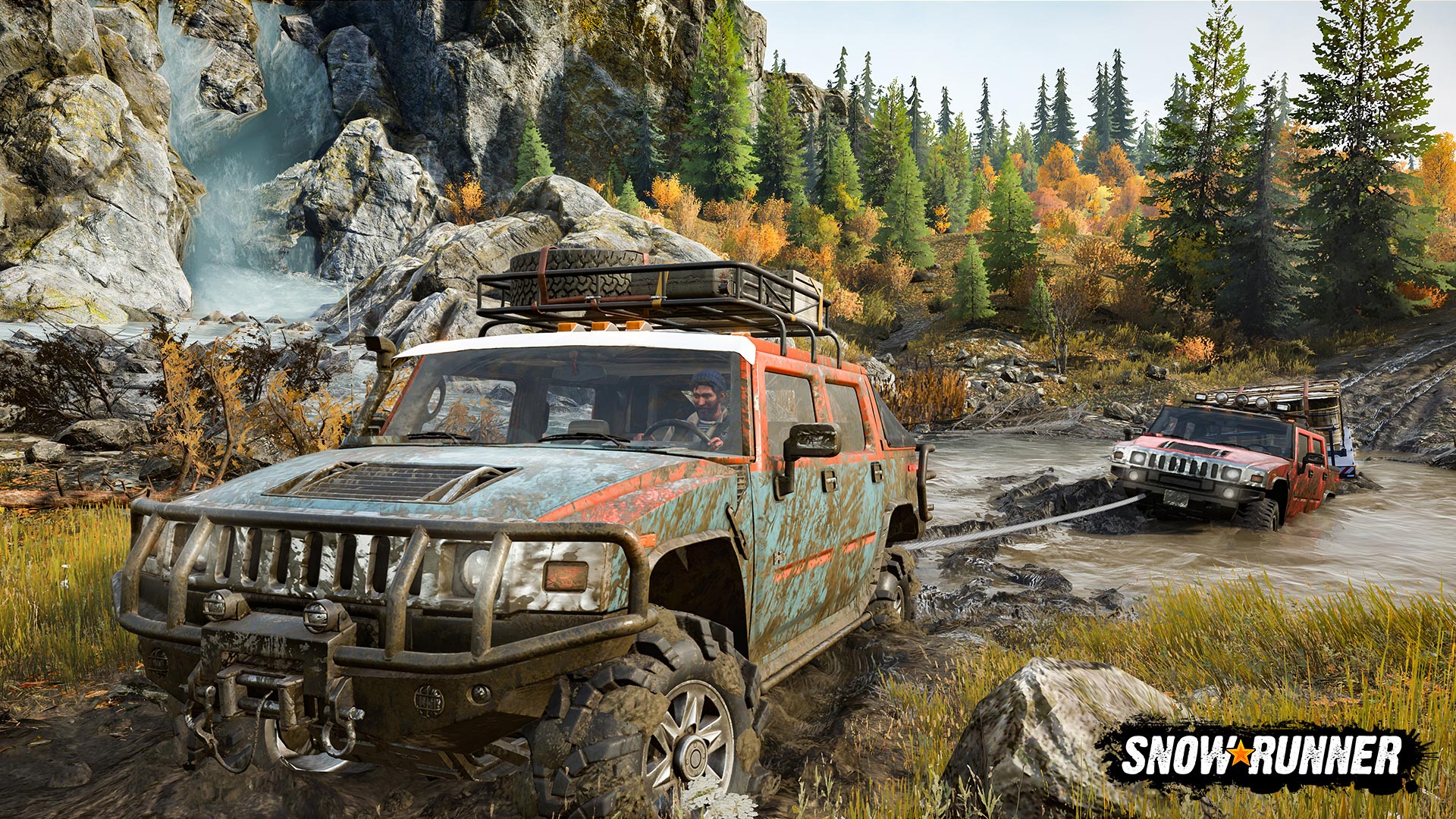 There are many different types of vehicles available, from consumer-grade to industrial, and each have a series of parts you can either buy or find hidden in the world.  They’re not interchangeable, of course, with items like a crane only able to attach to a specific type of truck body, and different truck types needing their own engine snorkels so they don’t take water damage.  The cosmetic options are free, so you can color your convoy within its available paint jobs, but better tires are going to cost you, and the best tires need to be found in the world as upgrades.

Tending the fleet is done at the garage, which is a large home base on each map.  The garage is where you can buy and sell different trucks, acquire new parts and put them in place, and store the fleet for use on different maps.  SnowRunner is divided up into three areas: Michigan, Alaska and Taymyr, that last of which is a northern peninsula in Siberia.  Michigan and Alaska have four maps apiece while Taymyr has three, and each map has a garage in it.  The maps are large and sprawling, with many different types of terrain on each one, and they’ve all got a good number of quests to chase after.  Some are central to progression, running supplies for various companies to construct projects like oil pipelines or materials to construct new facilities, while others are side-quests found along the way.  Oddly, you need to activate the side-quest even if you find its objective first, so if there’s a stray tanker trailer in the river you might as well grab it on the way by, but despite having both the quest description and its destination as map waypoints you still need to pay a visit to the site that would have assigned it in the first place.

SnowRunner is a massive improvement on MudRunner, and while I’m about to say a lot of good things about it, I also ran into serious issues along the way, specifically multiple game crashes that dumped me back to the PS4 home screen.  There were three of them over the course of ninety minutes and they all happened with the latest update to the game.  Seeing as the game crashed to the home screen I was stuck reloading it from scratch, so it’s not like a leftover issue might not have been resolved, and each crash happened during very different actions from the others.  The third crash was the final one, and after that I got many hours of wrestling mechanical behemoths through brutal terrain, so maybe it was a fluke and maybe it wasn’t.  I’m going to let this go in regards to the scoring, but it’s a close call.  On the plus side, SnowRunner has a robust auto-save function so on each of the reloads I was back exactly where I left off. 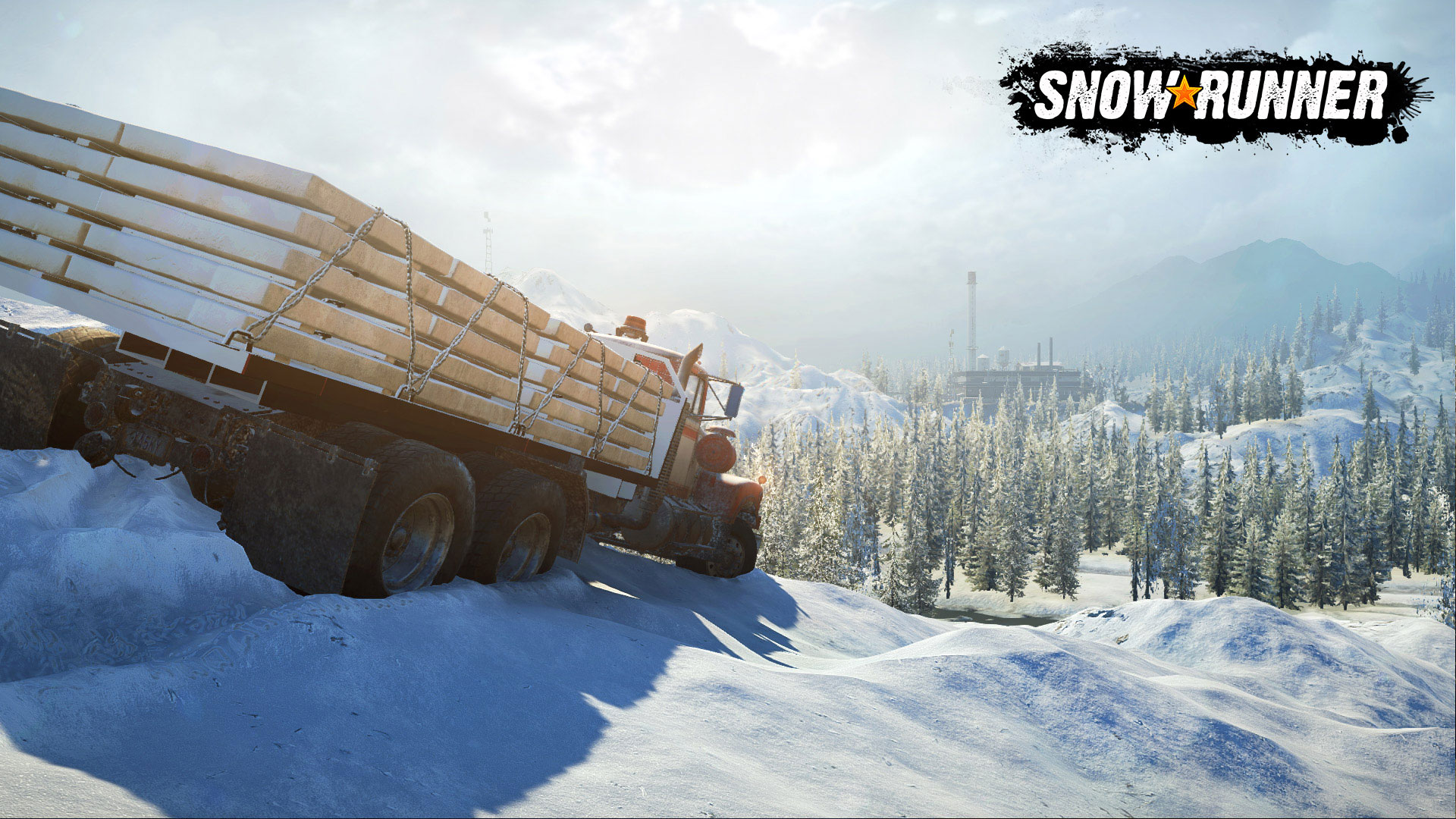 While SnowRunner has a few quirks here and there, overall it’s a fantastic game of exploration and brute-force driving.  The maps are beautifully designed, seeming much bigger than they actually are and filled with gorgeous scenery and plenty of goals to track down.  The slow pace of the driving takes a bit of getting used to, but fans of the series have already made that leap and those who haven’t yet will find that struggling out of the mire or navigating the ice floes in a river gives its own sense of satisfaction.  The huge number of vehicles all have their own personality, and balancing upgrades only makes them more fun to drive.  Even the starting pickup is a capable machine once you throw on the raised suspension and buy a much better set of tires to tackle the mud pits with.  The theme of “let’s industrialize the wilderness” isn’t a particular favorite, but even so it makes for a good motivation, dragging pipes, lumber, beams and other supplies all across the landscape.  There’s a big beautiful world out there covered in unspoiled nature, but it’s not particularly friendly.  SnowRunner lets you tame it with the strongest vehicles on the planet, but no matter how tough they are there’s no question that it’s always going to be a fair fight.