Gundam is one of the longest-running pop culture franchises of all time. Between anime, manga, games, GUNPLA and more, Gundam has cemented itself as a titan of the entertainment industry. Having been a decades-long fan of the franchise, I can safely say that I’ve seen almost everything Gundam has to offer. From spin-off series to various games, there’s a sub-category of Gundam for almost anyone out there. One of the drawbacks to living in North America, however, is the fact that we tend to miss out on a lot of great Gundam games. A Japan-exclusive arcade title, Mobile Suit Gundam VS has eluded us for years. In a move that is sure to make hardcore fans rejoice, however, Bandai Namco is working on a direct localized port of the popular arcade fighter to console. With the Gundam VS series being such a prolific Japanese exclusive, it’s a big deal to see this kind of localization occur for Western markets.

Let’s face it, many of the great Gundam games out there are Japanese imports that capture the essence of the series. We haven’t seen a localization of this kind since Gundam VS Zeta Gundam back in 2005. Despite Bandai Namco recently attempting to give Western fans some Gundam love through Gundam Versus (2017) and New Gundam Breaker (2018), these titles ultimately fell flat for those of us in the community. Versus was an attempt at recreating the Japanese arcade series but was plagued with network issues, lackluster gameplay and a disappointing roster that forced players to pay for individual DLC mechs. New Breaker was just as lackluster as it fell disturbingly short of the customization freedom that one could find in its Japanese counterpart: Gundam Breaker 3 (arguably the best installment in the series). With fans crying out, “why can’t we get a good Gundam game in the West,” it seemed that we’d be destined to continue importing Japanese titles and waiting for another potentially mediocre Western game — until now. Mobile Suit Gundam Extreme VS Maxiboost ON just finished its closed Beta this past weekend on PlayStation 4. It’s the first time in over a decade that we’ve seen a localization of the popular arcade fighter. Having not played a localized VS game since Zeta Gundam, it was truly an experience to see just how far the title has come. Featuring an impressive roster from across most Gundam series (except SD), Maxiboost is miles away from the 2017 attempt in its gameplay and flavor. Because as we all know: gameplay is important, but you need to capture the feel of piloting a mech as well. 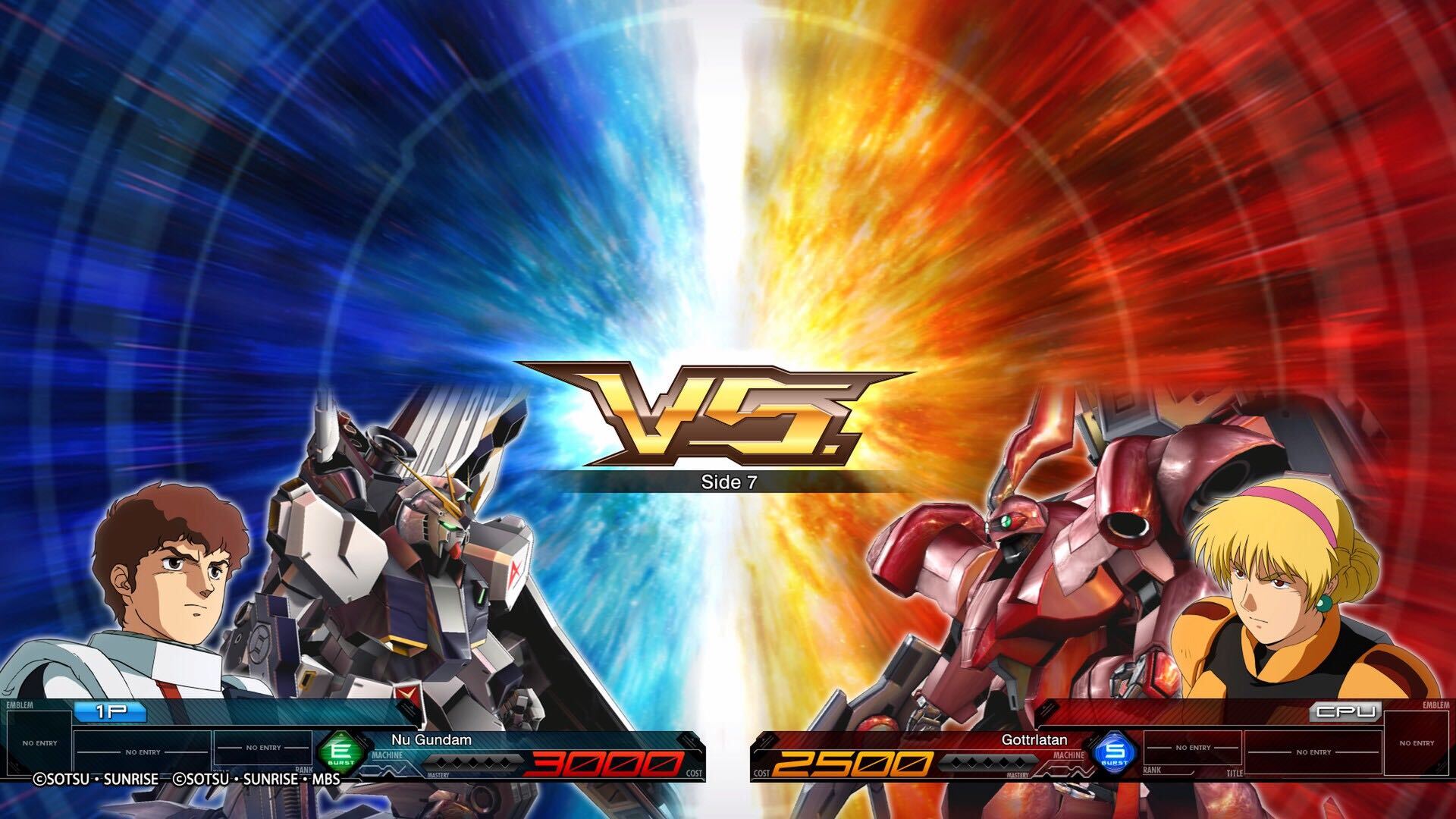 Mobile Suit Gundam Extreme VS Maxiboost ON is an arena style arcade fighter. This has been its usual format since its inception and this upcoming title is no exception. While the Beta only provided access to online play and CPU battles, there’s actually a lot to explore beyond what was available. For fans of arcade fighters that don’t necessarily want to play against other humans, there’s a CPU battle mode that will unlock with the full title. This mode features various campaigns akin to arcade modes one would find in other titles. At its core, Maxiboost does keep an arcade gameplay structure . There’s a deep, impressive roster of mechs to choose from — each with their own set of skills, combos and weaknesses as well. A big concern was that the Gundams available were simply cosmetic reskins of the same character model — something that was felt in the 2017 Gundam Versus release. It’s all fine and dandy to show off a collection of mechs (that’s really how GUNPLA came about), but a big factor in Gundam lore is each type of fighting style and special attacks. In many cases, we even see upgraded versions of our favorite mechs within the source material to increase their combat capabilities. The use of Gundams as unique tools during war-time is at the heart of this universe. Re-skinning the same model would be like having an M-16, an AK-47, and Shotgun all firing the same rounds — they look different but are they really effective in the specific situations in which you would use them?

Maxiboost puts those fears to rest as each Gundam has a distinct feel and play style. For example, the primary melee style of Shining Gundam feels different from the long range capabilities of the RX-93 Nu Type. Each Gundam, and there are over 180 of them available, has a playstyle that feels authentic to the source material. Each mech also has its own unique combos that compliment its play style. The difference can even be felt down to each unit’s mobility, as boosters may deplete faster in some bulkier units than lighter models. Gameplay follows traditional arcade fighting styles with unique combos and play styles. Combos are executed with melee attacks and blast attacks. These attacks can vary based on their pairing with directional inputs. The directional combo of up, down allows us to block. Pairing melee attack with a left or right direction causes melee to mirror those directions. There are so many combos available to each mech that it does require a level of patience and dedication to learn them. 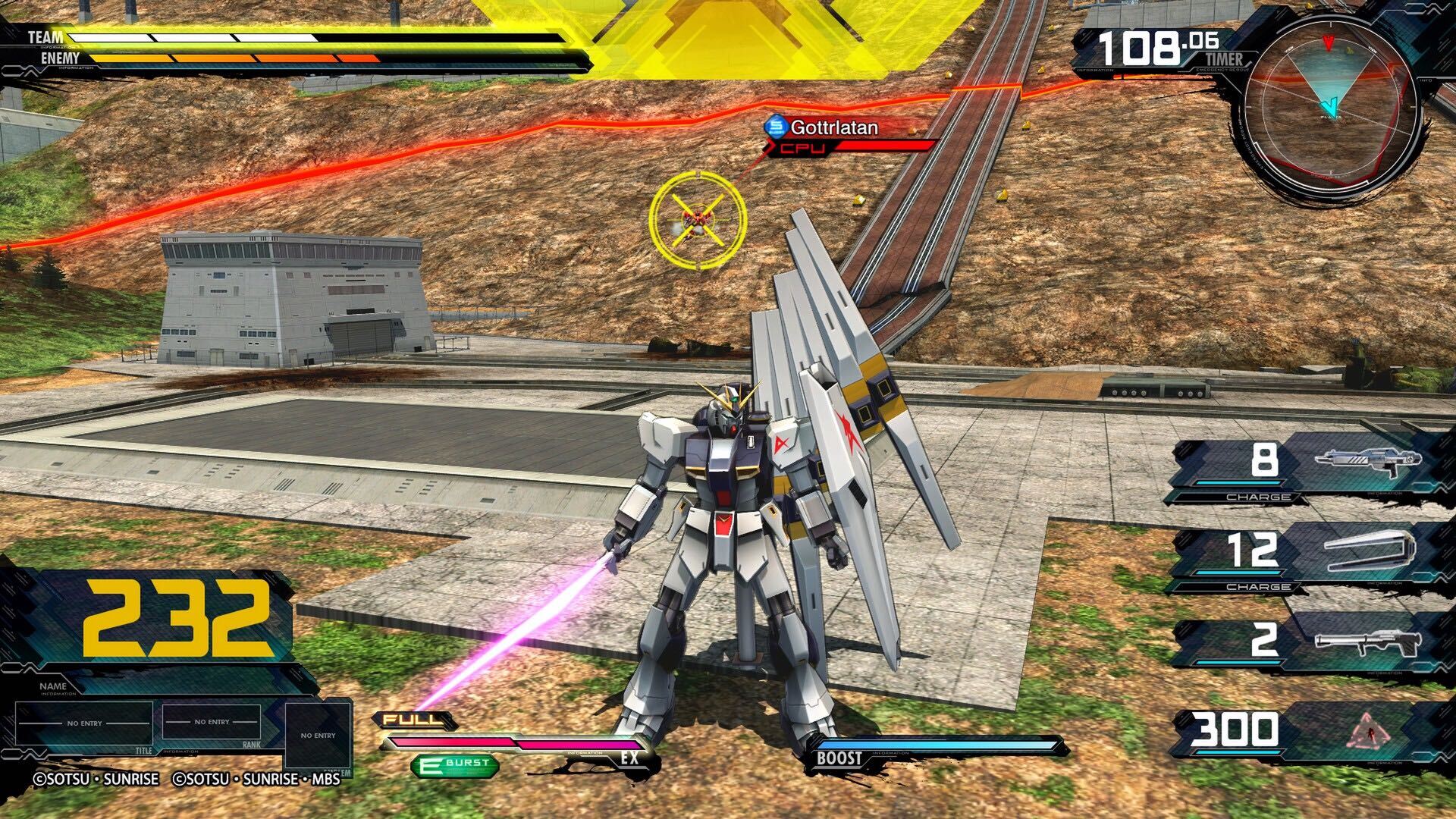 Since Gundam Extreme VS has been around for a decade already, it’s apparent that the title relies on players’ previous knowledge of the series to play the game. Because of that, there are no combo move lists. At all. Instead, we are given basic controls and must experiment with various combos in order to find what works best. With some units, there’s a deeper sub-combo move set that is based upon their transformations — for example, how Epyon can turn into a jet with its MA Mode. Some combos may not even have been discovered yet by the community and remain secret. I had mixed feelings about how little contextual cues the game actually gives because it’s both exiting to find a new combo and frustrating to think to yourself, “how the heck did I do that?”

Combos aren’t the only mechanics to practice, as players must learn how to balance combat styles with traversal. Like a lot of other Gundam titles, Maxiboost relies heavily on a jet-pack boost system. Here it acts almost like a stamina bar in some cases based on certain attacks and movement. The boost mechanic is also the primary factor in getting better at the game. Nothing comes to fruition in combat unless you know how to work the boost. While it’s an anchor point for gameplay mechanics, it also means that you won’t be good at the game until you understand the nuances of using boost to dodge, juke, and even cancel attacks. I got my robotic behind handed to me over and over by CPUs because they were so flawlessly dodging and using boost to zone me. It’s a mechanic that does take time to understand. It’s also a gate-keeping mechanic for melee fighting styles, as boosting is essential to closing the distance on opponents. Remember the balance, however, as depleting all boost means that you’re a sitting duck open to deadly combos. Boost is also necessary for using the Gundam’s Special Attack — Shining Gundam uses its Shining Finger, Wing Gundam uses its Buster Cannon, etc. To get the most efficiency out of your boost playstyle, Maxiboost has replaced the previous “EX Mode Drive System” with “EX Bursts ” for ranged style, melee styles, and balance styles. As in previous iterations of the VS franchise, activating these EX Bursts give upgraded speed, attack and boost gauge for a limited time. Engaging in the EX Burst allows us to really feel like we’re piloting the Gundam and creates a deeper immersion in the fantasy. It’s a feature that’s always been there in these titles, but is seeing a bit of a remodel with Maxiboost. 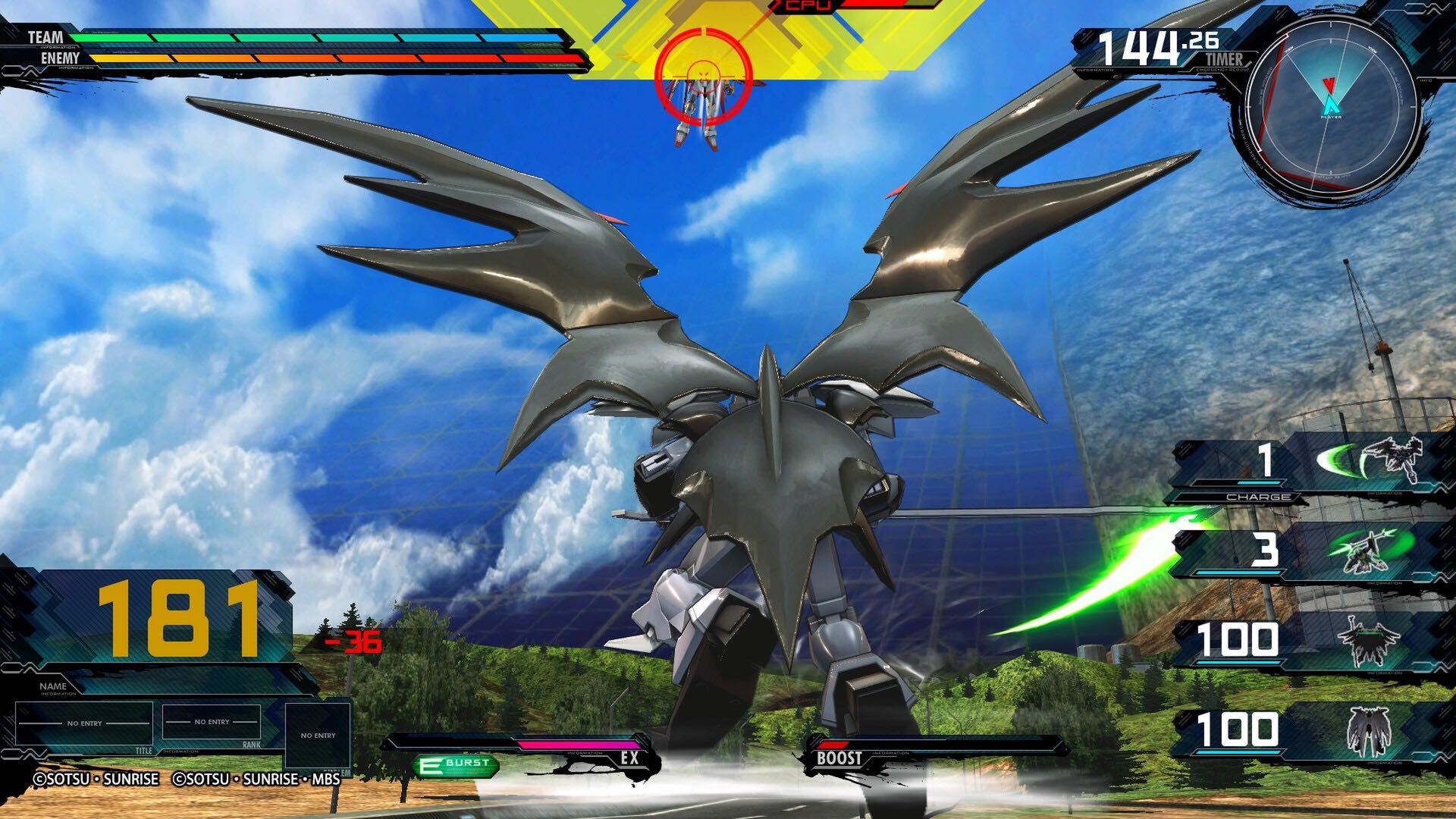 Mobile Suit Gundam Extreme VS Maxiboost ON is the premier Gundam arcade fighter that will finally make its way to the West this year. Featuring a robust combat system, various online battle modes, a hefty roster of Gundams and local co-op, it’s a title many of us hardcore fans have been waiting for. The localization of the popular Japanese title gives the community a chance at video game redemption through its gameplay and feel. While the title has a steep learning curve, it does reward dedicated players with immersive gameplay and intense combos. Because Maxiboost requires specific combos, it’s not a title that supports the button mashing method. Instead time must be taken to calculate and strategize moves against opponents so that an opening can be found to unleash devastating attacks. The title shows promise in its Beta stage, but it will be interesting to see how the jump from arcade to console shapes up in the coming months. While I didn’t experience many network issues during the closed Beta, it’s still too early to tell how the title’s full online capabilities. Regardless, Mobile Suit Gundam Extreme VS Maxiboost ON has great Gundam flavor, beautiful visuals and intense combat that feels like the real deal.