The original Xenoblade Chronicles is a game that has been through a lot. It’s a title that the western fanbase likely wouldn’t have ever gotten if it weren’t for some lucky chances and dedicated fans. While the original Wii title is well loved, it’s a title that moreso than any other Nintendo game genuinely needed the remake it’s getting. It’s a title that could have easily gotten an HD port, or a simple remaster, but instead has gone fully out of its way to bring the original with a fresh new coat of paint that it’s been desperately needing for years.

For those unfamiliar, Xenoblade Chronicles was revealed to Japanese audiences in 2009 as Monado: Beginning of the World. It would later be changed to Xenoblade as a callback to the director’s previous work on the Xeno series. This title upon reveal had no plans or information coming from Nintendo of America at the time. There was an unfortunate precedent that has somewhat declined over the years that many JRPGs in particular just don’t make the cut or chance of localization in the west. This has led to many titles, both new and old, having slim chances of being made available to languages outside of Japanese. This is where Operation Rainfall came into effect, as a fan-based campaign to convince Nintendo to localize the game in the west that received tons of support. It was Nintendo of Europe that finally ended up taking the reigns and deciding to publish it first, which led to the iconic usage of a British voice cast to be selected for the characters that carried on into Xenoblade Chronicles 2. It wouldn’t be until months after the Nintendo of Europe announcement that America finally announced the title would be coming soon, as a GameStop exclusive. 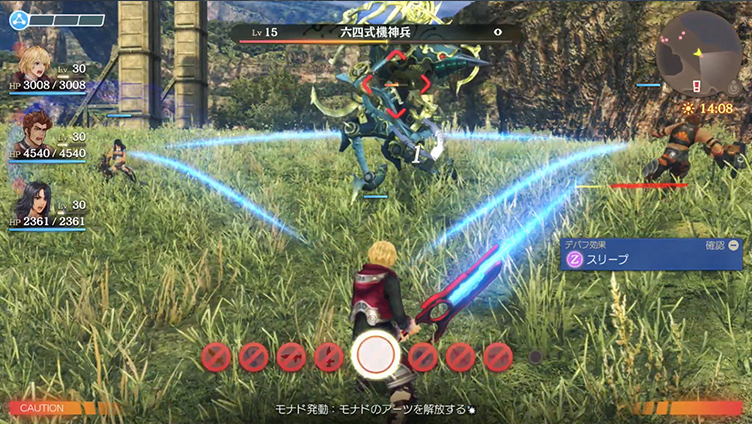 Exclusivity for a game can be a huge blow to sales. The fact that Xenoblade Chronicles in North America was exclusive to GameStop was perhaps one of the most asinine moves they could have decided upon. It’s not as though it had some fancy collector’s edition that was exclusive, it was the only place people could buy a brand new copy. JRPGs outside of Final Fantasy are already niche enough, but in the west Xenoblade Chronicles was massively overlooked by many people on release due to this decision. This isn’t uncommon for the genre but the exclusivity hurt it more than anything, as a Nintendo-owned series like this should have made a much bigger splash if it’d gotten proper treatment at the time.

Xenoblade Chronicles is a wonderful title with fantastic characters, a creative world and an outstanding story. Where the initial release fell flat, despite all its gorgeous scenery, was its character models. They were the only truly ugly part of the game, as each humanoid character had this grey mushy jpg of a face that only managed to express three different emotions of subtle degrees. It was a stark contrast to the sheer beauty of the rest of the game from the environments to the animal enemies and was one of the game’s only flaws. Not to say that graphics are the end-all of games in any way, shape or form but it could sometimes feel hard to feel attached to every character’s similar looking potato faces. The remake, meanwhile, has managed to capture the feeling of the original concept art entirely and brings fourth what I can only imagine is how Monolith Soft envisioned the game looking in their minds when they first started. It’s the kind of change that as a fan genuinely takes your breath away because it’s like seeing these characters as they were meant to be for the first time.

There are many games, Nintendo or otherwise, that could use a remake. Xenoblade Chronicles deserves the one it’s getting as another chance for it to shine. Sure, it got a New 3DS exclusive port that while impressive was a bit of a visual downgrade because of the hardware, and also limiting due to needing the upgraded 3DS system. It also received a Wii U port, but it was fairly unimpressive and received little fanfare on release. This Switch remake is what it has needed and it may just be Monolith Soft’s best work to date. The Xenoblade series is easily the best JRPG IP that Nintendo owns and it’s important to recognize just how much it’s likely to do for them moving forward as an exclusive that could easily be on par with other large JRPG franchises. Hopefully even more people give the Definitive Edition of Xenoblade Chronicles a chance when it comes out as it’s deserving of the attention it missed out on during its initial release.