There’s no shortage of ways to get Streets of Rage 4.  Digital is available immediately, the Limited Run Games version has had an open pre-order running for over a month now that’s set to close on May 10, and today Merge Games threw open the pre-orders for both the retail and Signature Edition of the game.  Basically, if you want a copy of Streets of Rage 4 you’ve got options.  The standard edition is your usual disc/cartridge in a box, whether that be PS4, Switch, Xbox One, or even PC, and will be released at retail.  The Signature Edition is console specific, no PC version, and the usual online-order-only.  Inside the sturdy box with slipcase cover is the standard game with a nice collection of extras including the 35-song soundtrack, a set of five character pins, art book, keyring, art card, and a blue headband to keep hair and sweat out of your eyes while cleaning up the vicious streets of a city gone feral.  All this comes at a $20 difference between retail and Signature Edition, which fans of the series will notice is a little more than usual, but it’s a great package of extras so no complaints.

Streets of Rage 4 is open for pre-orders effective immediately from here, all versions and consoles. 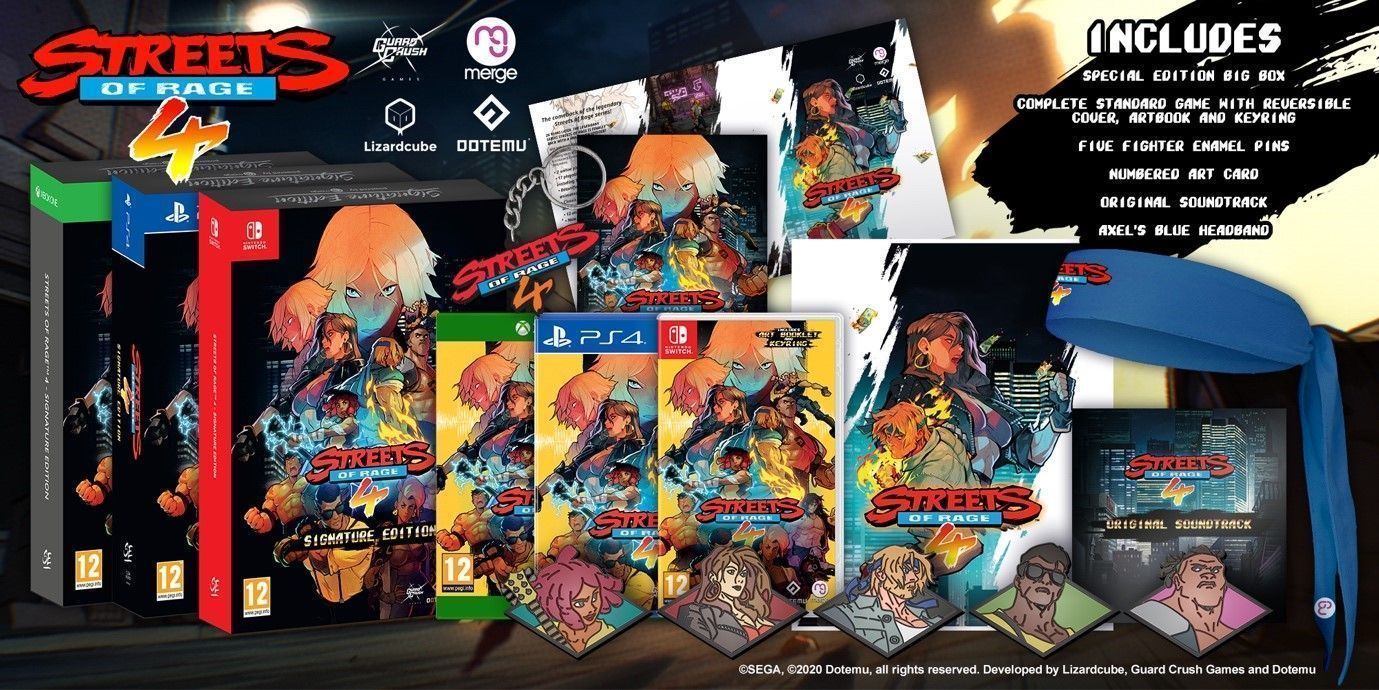