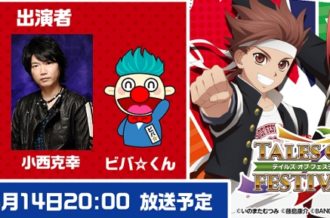 Tales of Festival 2020 Livestream Planned on Air on June 14

The Outer Worlds Lands on Switch

Fans have been waiting a long time to see Fujin and Sheeva in action. The former hasn’t been playable since Mortal Kombat: Armageddon, and the latter since Mortal Kombat (2011). Then there’s the new guest character, RoboCop, whose ideas for law enforcement should splendidly in the world of Mortal Kombat. Well, we now have gameplay for them, and they look real good so far.

The lengthy gameplay trailer provides a pretty good look at how each character plays. Fujin, the God of Wind, utilizes a variety of wind-manipulated attacks in combination with his sword and crossbow. Sheeva, the queen of the Shokan, hits hard with a grappling fighting style that’s quite brutal, especially when combined with her faithful shield and classic teleport stomp. Finally, there’s RoboCop, whose cybernetic enhancements pack quite the punch. He comes armed with a flamethrower, riot shield, and shoulder cannon.

The trailer also showcases the four new stages; Dead Pool, Soul Chamber, Kronika’s Keep, and RetraKade. There’s also a nice look at some of the Stage Fatalities. These features, plus Friendships, arrive as part of a free content update alongside Aftermath.